As political appointees rush to explain themselves, worries of privatization linger among community activists.

January 3, under a smashing summer sun, with temperatures exceeding 35°C (95°F), residents of the Baixada Fluminense, as well as the West and North Zones of Rio de Janeiro, began to notice problems with their tap water. Even pulled from Rio’s ubiquitous faucet filters, the water was murky and smelly; it tasted like earth. As worried residents rushed to supermarkets, the price of bottled water spiked. In a matter of days, the problem had extended to the whole city.

The hashtag #aguacontaminada (contaminated water) began trending as internauts turned to CEDAE, the state water utility, for answers. CEDAE rushed to explain away the issue, chalking up the water’s taste and smell to an algae-borne organic substance known as geosmin. Meanwhile, sick cariocas crowded hospital waiting rooms across the city with complaints of nausea and diarrhea.

Though the geosmin itself may not be harmful, argued experts from the Federal University of Rio de Janeiro (UFRJ) in a technical note, it could mean that other bacteria had not been properly filtered out. For UFRJ’s Fabiano Thompson, part of the issue lay in the quality of water entering Rio’s Guandu treatment plant. He and other specialists told G1 that CEDAE had, until recently, managed to perform “magic, transforming sewage into water.” In 2020, the situation reached a breaking point.

Like many public service issues, the water crisis has hit Rio’s favelas and peripheries the hardest. Roberto Lucena, a history professor and activist engaged with the Rocinha Sem Fronteiras (Rocinha Without Borders) group, “the problem of the distribution of water is chronic, selective, and political.” Comparing Rocinha to the adjacent South Zone neighborhoods of São Conrado, Lagoa, Leblon, Lucena added: “Our neighbors have money to buy bottled water every day, while we drink water with a smell and a color because our finances don’t allow us to buy water that frequently.” 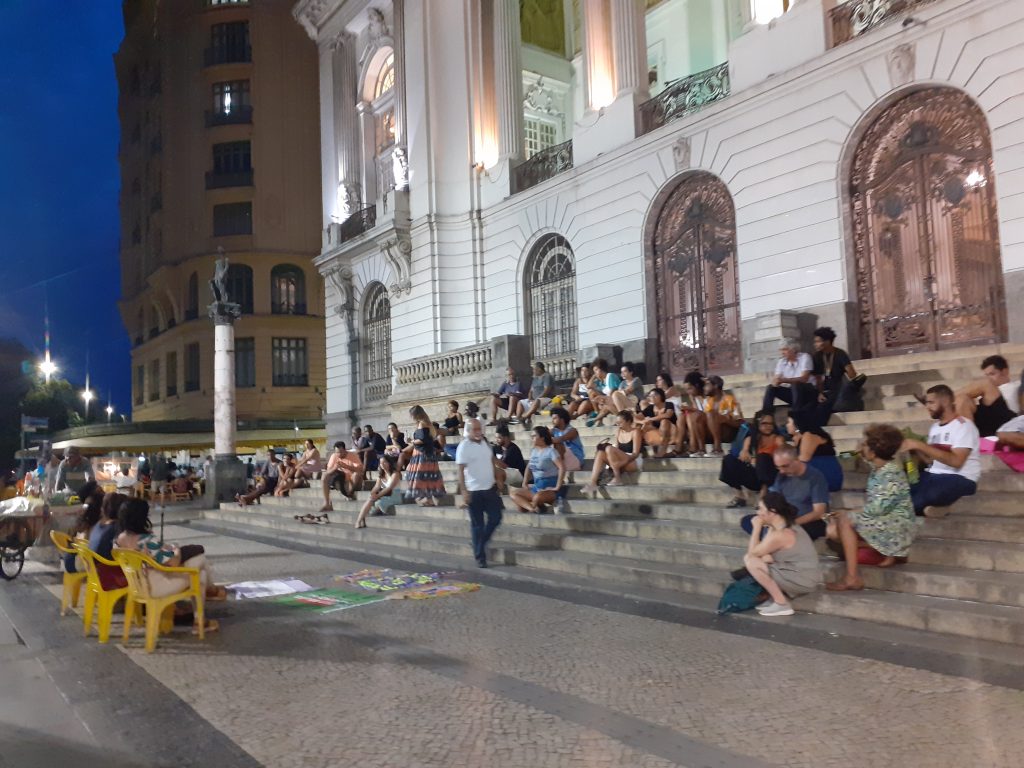 “What kind of water are favela residents drinking?” asked a protester on the steps of City Council. Speaking at an open mic available as part of a public debate organized by the Women’s March Global Rio chapter, she echoed Lucena. “My people don’t have money to be buying water. People are taking money from their rice, their meat, to be able to buy water! This is absurd.”

In the periphery, others worried that the crisis would turn into an easy excuse to privatize the state-owned CEDAE. Indeed, Governor Wilson Witzel has stated that improvements to Guandu would only become viable after the auctioning-off of CEDAE. As the water crisis dragged on, anti-privatization protests broke out across the city. On January 21, Rio residents and activists gathered outside the mayor’s office, demanding their constitutional right to drinking water. Chanting “No to concession! No to privatization!”, protesters marched to CEDAE headquarters, blocking traffic along Presidente Vargas Avenue. Privatization, said protesters, would worsen inequality.

In an interview with Carta Capital days later, Léo Heller, Special Rapporteur on the Human Right to Water and Sanitation at the United Nations, voiced similar concerns over moves to privatize utilities. Heller noted that such measures could deepen social inequalities in access to basic sanitation, as privatization often results in increased rates for public services and a lack of private incentive to service peripheral regions.

Lucena said privatization was no solution to the crisis. “How can the government privatize a common good, something that should be accessible to all, independent of their social class?” he asked. Instead, politicians bore responsibility—namely, Witzel, he said: “Only an unpopular governor with an exclusive mentality in a stratified society would put this sort of evil into practice.”

Speaking to RioOnWatch, Ary Girota, president of the Niterói Union of Water and Sewage Workers (STIPDAENIT), agreed the problem was political. “Yes, there is a problem at CEDAE, and his name is Hélio Cabral,” said Girota, referring to CEDAE’s now former president. “He knows nothing about sanitation, and he is risking the lives of the 11 million residents of [Greater] Rio de Janeiro, just as in Mariana, when he was an advisor to [Brazilian mining company] Samarco.”

Cabral, fired by Governor Witzel on the evening of February 10, is one of the 21 defendants standing accused of environmental crimes and homicide for his involvement in the Mariana Dam disaster of 2015, which killed 19 and polluted the water supplies of hundreds of thousands of residents in the city of Mariana, Minas Gerais. Cabral, who worked as CEDAE’s financial director from 2008 to 2015, was scheduled to speak at a public hearing at the Rio State Legislative Assembly (Alerj) on February 11. He is set to be replaced by Renato Espírito Santo, a longtime CEDAE employee. 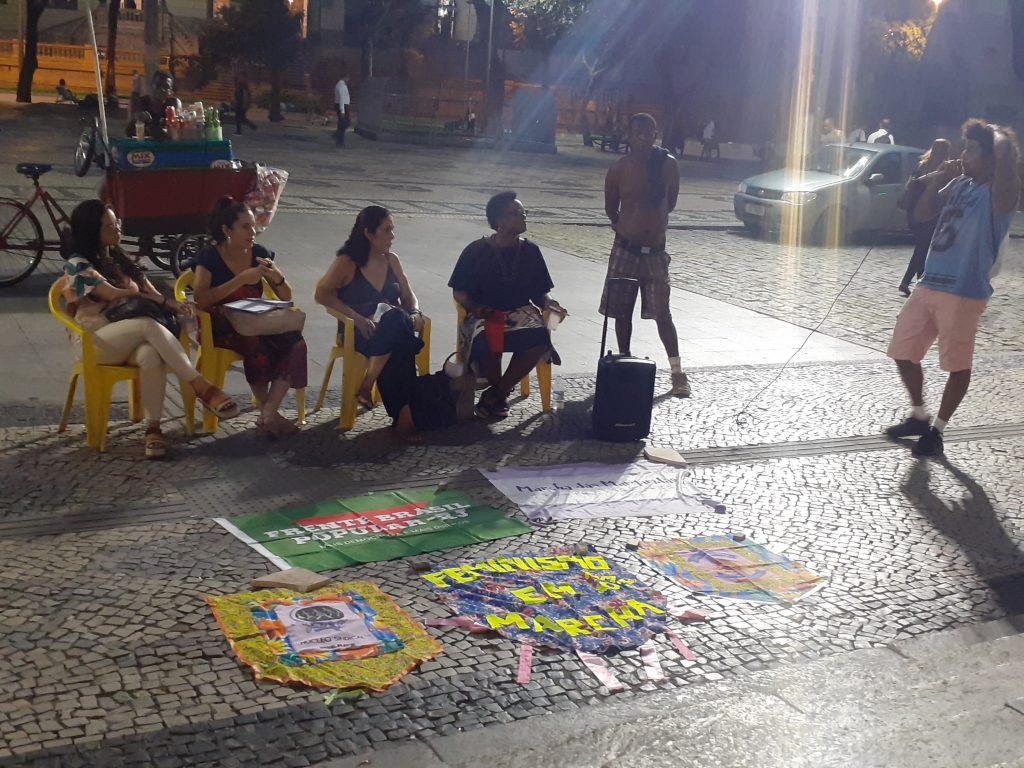 More than a month since its onset, the crisis continues. Though supermarkets have begun regularly restocking shelves, buying bottled water daily remains cost-prohibitive for lower-income residents across the city. Some have even taken to seeking out natural springs for their drinking water. Still, Rocinha’s Roberto Lucena is optimistic: “We are convinced that our victories will come from political and social struggle, holding public authorities accountable and demanding our rights. We are fully aware that we are the protagonists of our own history.”