For the original article by community journalist Mariana Albanese in Portuguese for Vidiga! click here. 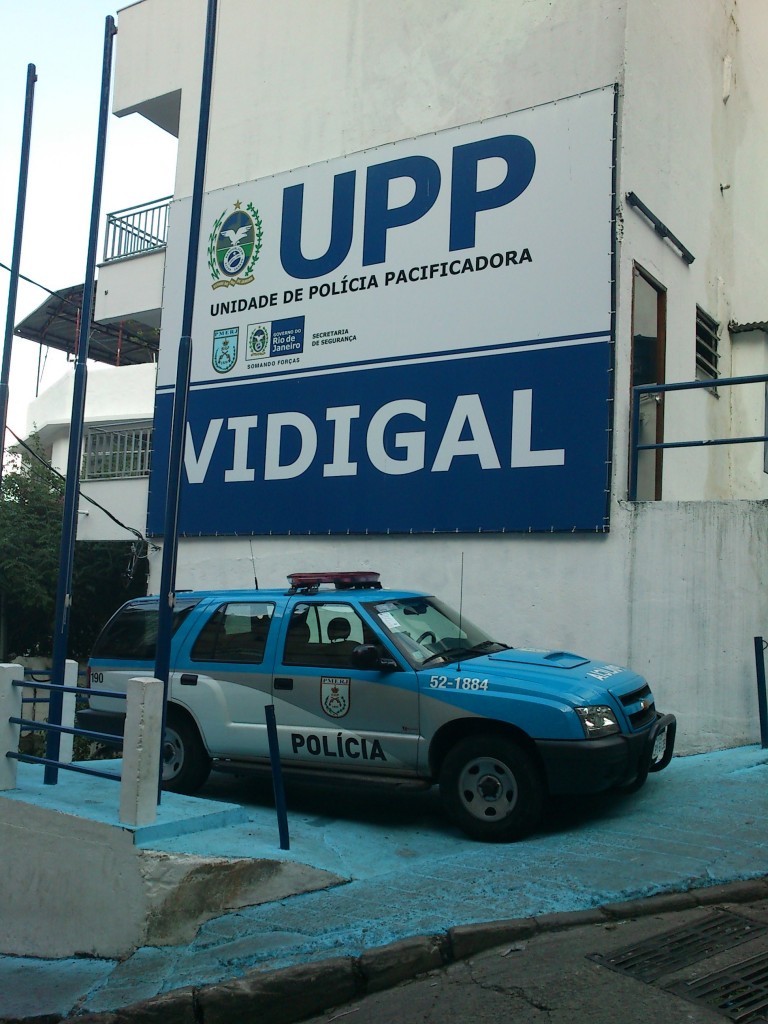 One year ago was a decisive moment in our history. Late Saturday night, November 13, 2011, Vidigal was occupied by the police Shock Battalion. As previously announced, they had come to pacify the favela. Approximately two months later, Vidigal’s Police Pacification Unit (UPP, by its Portuguese acronym) was established.

A year into the pacification, things are still a little shaky. But life in the community has changed. We can see that people move through the neighborhood, and even relate to others, in a different way. Residents are still afraid of the police, though less so. It’s even hard for those who have historically mistrusted the police not to warm up to the officers, Jonas, Marta, Ademir and Renato who are now on the beat in our community. They’ll stop to chat about football, and seem as proud of the neighborhood as the residents are. It’s hard to be angry with an institution when it has a name and a face and even coaches your children’s sports team. 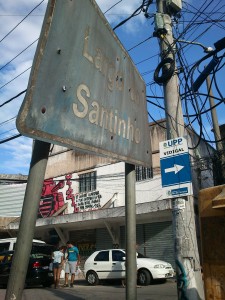 I’m focusing on the police because their blue uniforms (as well as the red lights of their cars) have become an integral part of Vidigal. As have the tourists who have been arriving in droves in the wake of “peace.” Delivery trucks from department stores like Casas Bahia and city maintenance vehicles now create traffic jams comparable to those we see in movies about Asian mega-cities. This new traffic has brought with it expectations for the future. There is hope for the construction of the long-awaited Community health clinic, or any other medical facilities to provide quality care to Vidigal’s 50,000 residents. Comlurb, the city’s waste collection company, has recently provided trash cans, compactors and small vehicles to collect trash in the neighborhood’s narrow alleyways. However, what is still missing is long-term education to promote sustainability. Maybe we simply need to read the banner hanging over a pile of used sofas and other refuse: “Please don’t throw trash here. Contact the residents association for help.”

Fear still has a hold in the community. There is the fear that Eike Batista will enter into an agreement with Eduardo Paes to buy the hillside on which the community sits (this may sound like a joke but it isn’t). Renters paying R$500/month fear that the owners will evict them to charge gringos twice that amount. There is fear of theft, and fear of impunity.

It is worth noting that, while there are no statistics available, the number of crimes reported to the 15th Precinct, in Gávea, has risen considerably. This does not reflect an increase in violence, but rather the fact that residents now inform the UPP, who in turn report crimes to the police. A drunk man abusing his wife, or a resident assaulting a neighbor arrested by the military police will end up at the 15th precinct in Gávea. 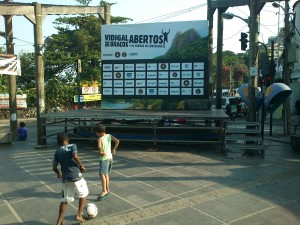 The luxury Avrão Hotel is being built by Hélio Pellegrino atop Vidigal. A pub, Bego Borges’s Miscigenação Carioca, is being built midway up the hill, and a stylish dance club, Move ID, is coming in at the base of the hill. Many residents are fixing up extra rooms in their houses to rent to tourists. Another sign of progress is that the Vidigal Residents Association now has a new, legitimately elected president: Marcelo Padeiro received 502 of the 1933 votes cast.

But… all this has not come about over the last year. For some time now, Vidigal has been undergoing a “self-pacification” process. The end of armed conflicts has brought some additional order to the community. For nearly two years, real estate values have been rising and tourists have been coming up the road and staying in hostels.

Everything is just like it was before, only much more so and with a little more freedom.