The coronavirus pandemic has intensified situations of inequality and oppression throughout Brazil and around the world. The very need for physical isolation, toted as one of the World Health Organization’s most effective measures in containing the spread of the pandemic and avoiding statistics more catastrophic than those already seen, has created a painful side effect: an increase in women’s vulnerability to domestic violence owing to confinement to life at home.

In Greater Rio de Janeiro’s Baixada Fluminense region, domestic violence shows signs of worsening due to physical isolation measures. To expand on this, RioOnWatch interviewed: Ana Paula Salles, president of the Association of Women Warriors and Social Articulators (AMIGAS) and a resident of the Engenho neighborhood in Itaguaí; Raquel Narciso, coordinator of the Center for the Defense of Life (CDVida), a social project linked to the Diocese of Nova Iguaçu; Fabbi Silva, an educator at the State University of Rio de Janeiro (UERJ) and creator of Parque das Missões in Duque de Caxias; and José Cláudio Souza Alves, Professor of Sociology at the Federal Rural University of Rio de Janeiro (UFRRJ).

Four years ago, Salles survived a domestic violence attack when her aggressor stabbed her in her left thigh. Luckily, the attack missed her femoral artery, which, had it hemorrhaged, could have left Salles dead in minutes. Living in a peripheral neighborhood, she experienced not only the cowardice of her ex-partner, but also a deficient and inadequate emergency response system.

“The State has no presence here at all. I called the police, and they did not come. The fireman had to stay on the line, giving me emotional support over the phone. I had to stop the bleeding myself. I waited until seven in the morning to take a kombi van to get to the nearest UPA (Emergency Care Unit),” said Salles.

Currently, Salles is president of AMIGAS, an organization committed to fighting for women’s rights and against domestic and gender-based violence. She affirms that, through the organization’s actions, the feeling of abandonment and lack of protection—experienced by women who are victims of domestic violence—is abated by food purchases, necessary medical supplies to relieve pain from wounds, and even by moving to specialized shelters.

Salles said that “the situation, which was already bad, got worse with the arrival of the pandemic. The conditions for filing police reports were made even more precarious because of the quarantine. Many survivors do not even know where to start the process, and the lack of information complicates the situation even further.”

“Public services are not present,” said Salles. “If a woman suffers a severe assault, such as being shot or stabbed, the police are not going to help. If she receives a protective measure and a probation officer needs to summon the aggressor, the officer will not enter these areas. It’s desperate!”

“The police stations in the Baixada Fluminense function as a center that operates on a fixed shift schedule,” explained Salles. “For example, if I were attacked Friday night and the center was in Itaguaí, I could only report the incident on the next workday, which would be Monday. And the weekends are when aggressors choose to commit such acts. This is without considering the fact that the attacked women might not even have money to get to the police station to file a report. As the abusers know this information, it ends up creating a situation of impunity.”

Meanwhile, Narciso, coordinator for the Center for the Defense of Life (CDVida), in Nova Iguaçu—which, among other activities, promotes actions to combat gender-based and domestic violence—explains that: “[There,] we only performed 33 in-person visits and 27 online meetings in March of this year, which represents a reduction in relation to the same period last year, because, due to the quarantine and the recommendation of social isolation to contain the new coronavirus pandemic, we suspended all in-person activities in the second half of the month. However, this number does not mean a reduction in domestic violence.”

In fact, the numbers don’t lie. Even considering that some statistics pre-date the coronavirus pandemic, they are still surprising. Data from the 2019 Women’s Dossier reveals that the home is one of the most dangerous places for women. Around 62% of femicides occur within the victim’s home. A woman isolated with her abuser stands at great risk of losing her life. Data from the judicial service center of Rio de Janeiro’s Court of Justice reveals that there was a 50% increase in demand for support during the month of March. There was also an increase with the Ministry of Women, Family, and Human Rights, which reported a 9% increase in calls to the “Dial 180” abuse support hotline since the quarantine began.

Fabbi Silva, creator of Parque das Missões in the periphery of the Baixada Fluminense, which also served as the site of her final research paper in Pedagogy at the State University of Rio de Janeiro (UERJ), founded the Sponsor a Smile NGO 12 years ago. In addition to receiving reports of violence, Silva has a direct channel of communication with the Public Defender’s Office in the municipality of Duque de Caxias, where members of the agency provide legal advice. However, with the therapeutic assistance provided by the NGO suspended due to the pandemic, the silencing of survivors has returned with force.

Like Salles, Silva acknowledged that, with the arrival of physical isolation measures caused by the novel coronavirus, reports of mistreatment were once again complicated by longstanding issues, such as the difficulty of following up on reports. 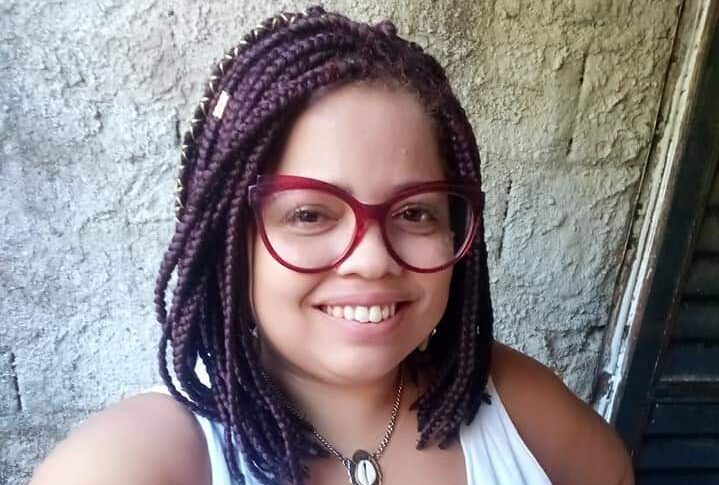 “Because the police don’t come here in these cases, husbands feel empowered, and they become more abusive. They are confident that they can be violent and commit atrocities without consequences,” said Silva. She also made an important observation: “Violence occurs inside the favela, but it is not because it happens in the favela that it becomes more violent. Investments in education are lacking. The foundation of the problem is education. My body is not to be slaughtered, it is not to be exterminated. You don’t own my body or my ideas. It is necessary to combat the system of privileges that support patriarchy and machismo. We need to have a society focused on gender equality.”

Salles agreed: “It is what presents itself as structural machismo, an ancient, ancestral culture rooted in society. Unfortunately, with this ultraconservative wave, it will only get worse. I think that in primary education, the instruction of gender equality should already be part of the students’ curriculum.”

The characteristics of structural machismo are not limited to violent husbands and boyfriends. Rather, they are anchored in power structures. In impoverished territories, which constantly live with the absence of the State, there is a group that needs to be singled out in this context of the coronavirus pandemic: the vigilante, off-duty cop militias.

It is known that the militias have the economic power and the political capital to control the territories they dominate with iron (and bloodstained) fists. But could their presence foster domestic violence within the scope of the coronavirus pandemic? To answer this question, we looked to sociologist José Cláudio Souza Alves, a scholar of militia behavior for 25 years. He authored the classic Dos Barões ao Extermínio, uma história de violência na Baixada Fluminense (From Barons to Extermination: A History of Violence in the Baixada Fluminense). Souza often says that the militias use privileged information to obtain any type of benefit. This method also applies when they need to prevent or manage internal disturbances caused by domestic violence.

According to Souza, a woman’s report of domestic violence can create discomfort. Depending on the group that is going to investigate it, the investigation process generally is far from interesting for militiamen. However, if it goes to protective agencies, it gains public dimensions, linked to specific functions of the State.

“As the militiamen have local informational control, they will take actions that prevent further investigations. The Organized Crime Law Enforcement Office (DRACO) can gather these data, and there they are not subject to manipulation by the Military Police. DRACO operates taking this information into account, which could be a risk to the militia. There is also a real possibility that if the militia obtain this information they act to harm whoever filed the report. But they have such consolidated power within the police structure that they are not threatened. This will depend on the assessment of the power they actually have. If a militiaman is directly involved in a report, he will act to protect himself,” Souza pointed out.

It is still too early to draw a conclusive diagnosis in relation to the specific domestic violence rates in the Baixada Fluminense under the context of the coronavirus pandemic. There are institutions with their own methodologies that may have their work affected due to the restrictive measures put in place because of the pandemic. The isolation and the daily life that hundreds of women have with their abusers may mean that domestic violence statistics will need to be looked at with a critical eye later on due to the impossibility of accurately quantifying the cases, given that, under daily threat, victims are unable to produce new reports of violence.