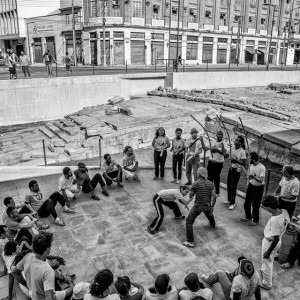 Afro-Brazilian Awareness Week concludes in Rio this coming Friday with ZUMBI VIVE!, an event full of theater, music and festivity in Morro da Providência, Brazil’s first favela which celebrates 115 years this month and heart of the possibly the most significant region in Afro-Brazilian history.

Known as ‘Little Africa’, the Port Region of Rio de Janeiro which includes Providência, Morro de Conceição, Morro do Pinto and the neigborhoods Santo Cristo, Gamboa and Saúde, is considered one of the most historically and culturally rich regions in the city, particular in the history of Brazil’s people of African descent, which according to last year’s census now comprise more than half the population.

Before the abolition of slavery in 1888, it’s estimated that between 500,000 and two million slaves arrived at Rio’s port and were sold at the recently discovered Cais do Valongo slave trading complex. The Valongo wharf alone received more than the estimated total number of Africans brought to the United States over the entire course of the US slave trade (450,000). Following the abolition of slavery in 1888 and with soldiers from the Canudos War who came to Rio on the promise of land, the hill overlooking the port was settled and named Morro da Favela. This, Brazil’s first favela, was later renamed Morro da Providência, and sits at the center of a region where Afro-Brazilian traditions such as capoeira, candomblé and samba flourished despite the great struggles faced by these communities. 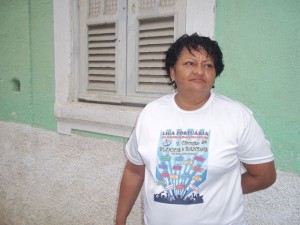 Rosiete Marinho, 50, has lived in Providência all her life and is president of the Port Zone League of Blocos and Bands which is organizing Friday’s event with support from the State Secretariat for Social Assistance and Human Rights. She emphasizes the importance of recognizing and commemorating Afro-Brazilian history in the Port region, saying: “All the neighborhoods have their responsibilities and beliefs. The fundamental cornerstone of Afro-Brazilian awareness is here. It’s ours. So why not have our history here? Why not remember our history with respect and wisdom? Mainly, by paying homage with the greatest feeling and respect to all the black people that have passed through our land.”

From 2pm on Friday November 30th, the Quadra da Vila Portuária on Rua América in Providência will host a full afternoon and evening of activities and entertainment including traditional samba, crafts, social action services and performances by local artists. One early afternoon highlight will be a theater performance for children telling the story of Afro-Brazilians in the region. “This means a lot because these children are learning our history, their history,” says Rosiete. “There are a lot of children that go to school but don’t know where they come from, their origins. It’s your family tree, it’s the origin of your life, where you’ve come from.” 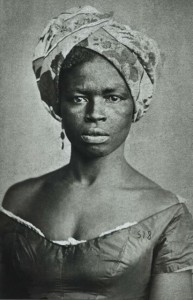 Rosiete, who has been organizing cultural events in the community for thirty-two years, talks of how Afro-Brazilians climbed the street today known as Ladeira do Livramento to settle Providência. The inclined street used to be called Trilha do Livramento, or Freeing Trail because climbing it and establishing their lives was seen as a way to freedom. She expresses a fierce pride of what her community has achieved and the importance of that history, calling for a more official recognition. She fears that tourists visiting Providência can appreciate the stunning 360 degree view of the city, but not the historical significance of the favela. She says: “I want people who come to see from inside, what’s happening with us. The tourist comes up and says ‘oh what a beautiful view’ but they don’t see what’s behind them.” She makes the suggestion for a community museum, “to set up a house and collect objects, books, stories and have young people from the community telling this history to visitors. This would be original, to show how we started and where we are. This would be our history.”

Friday’s event, which is the last in a series of community-based events celebrating Afro-Brazilian Awareness week, is called Zumbi Vive! (Zumbi Lives) after Zumbi dos Palmeres, famous 17th century leader of the Palmeres quilombo (runaway slave settlement) who is honored as a national hero and freedom fighter. Afro-Brazilian Awareness Day, a national holiday, is celebrated on November 20th, the anniversary of Zumbi’s death.