Kickstarting UN-Habitat’s 2020 Urban Circuit on October 5, World Habitat Day, Rio de Janeiro’s Sustainable Favela Network (SFN)* hosted the livestreamed panel discussion and teach-in “How Are Rio’s Quilombos Doing During the Pandemic?” The theme for this year’s Urban Circuit is “Cities Post-Covid: A Dialogue Between Brazil and Lusophone Africa,” and the discussion with Rio de Janeiro quilombolas (descendants of enslaved Africans who remain on their ancestral lands, formally recognized as quilombos) allowed for insights stemming from the deep historical relationship between Brazil and Africa. Four panelists spoke of the many challenges their communities face, citing concerns such as the importance of land titling, access to healthcare, and fighting racism.

The event was mediated by historian Bruno Almeida, the head coordinator of the Historic Orientation and Research Nucleus of Santa Cruz (NOPH) and a member of the Sustainable Favela Network’s Working Group on Memory and Culture. On the panel were Luiz Sacopã, leader of the Sacopã Quilombo; Adilson Almeida, founder and president of the Quilombo do Camorim Cultural Association (ACUQCA); Gizele Mesquita Martins, co-creator of quilombola school Escola Cafundá Astrogilda and owner of restaurant To Na Boa; and Bárbara Guerra, secretary of the Marambaia Island Quilombo.

“We will survive. We will carry on,” said Sacopã, who labeled the impact of the pandemic on his community “disastrous.” The latest figures released by the National Coordination of Articulation of Black Rural Quilombola Communities (CONAQ) and the Socio-environmental Institute (ISA) count 4,958 confirmed Covid-19 cases in quilombola communities nationwide, 166 of which have been fatal. Over 20% of these deaths have been in the state of Rio de Janeiro, with double the number of fatalities than the second-worst affected municipality, Macapá, in the state of Amapá. 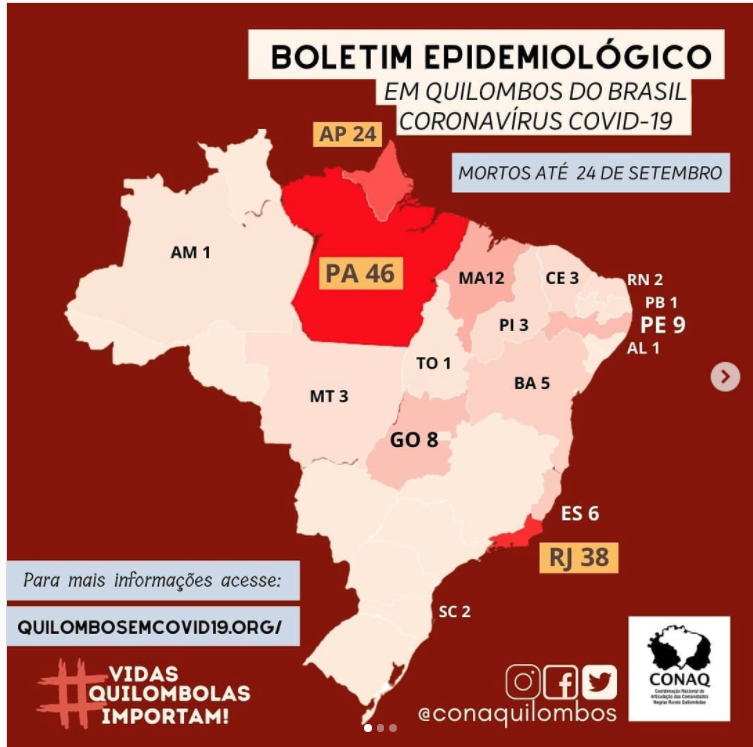 Research suggests that quilombola communities are especially vulnerable to the coronavirus. One of the reasons for this in her community, Guerra said, is that there is no community health center there, making both testing for the virus and treating its symptoms difficult. According to CONAQ and ISA, 1,219 people currently have symptoms of Covid-19 in Brazil’s quilombos who have not been tested or treated.

Though Covid-19 has reshaped daily life, panelists pointed out that their fundamental challenges and goals remain the same as before the pandemic, including obtaining title to their land and overcoming the generations of racism and exclusion from public services. In the past thirty years, only three of Rio’s quilombos have received land titles. “We fight a lot and we resist a lot,” said Sacopã, explaining how the Sacopã Quilombo is near the final stages of the land titling process.

The Sacopã Quilombo is located in Rio’s prestigious Lagoa neighborhood which is 91% white. Sacopã speaks of the “unprecedented persecution” he and his community have faced at the hands of neighbors and others. “Can you imagine a quilombo surrounded by luxury apartments, eating feijoada, practicing capoeira and playing Jongo?” he asks. Sacopã remarks how “racists believe our place is in the outskirts [of the city],” but notes how they have not been successful in evicting their community, explaining how their plight is not dissimilar from the rest of Rio’s quilombos in this respect.

Quilombo Cafundá Astrogilda, too, is moving forward with land titling, said Gizele Mesquita Martins. “I think getting this title will bring more credibility to us,” she said. “I want my daughters, when they are grown up, to already have this title.”

The pandemic has made longstanding racial inequalities even more visible. Guerra said that progress toward racial justice depends on visibility and dialogue: “This is the story of my struggle, of my people, of my race and I will share it with you […] we must show it exists.” Martins said that it’s common for her to experience racism through interactions with clients at her restaurant, where people “don’t believe that I am the owner.”

Responding to a question posed at the event about how white people can use their privilege to value quilombo-based knowledge, Guerra said, “Don’t divide. Join together all the whole time, letting this black person tell their story, and letting them protagonize their own story.” 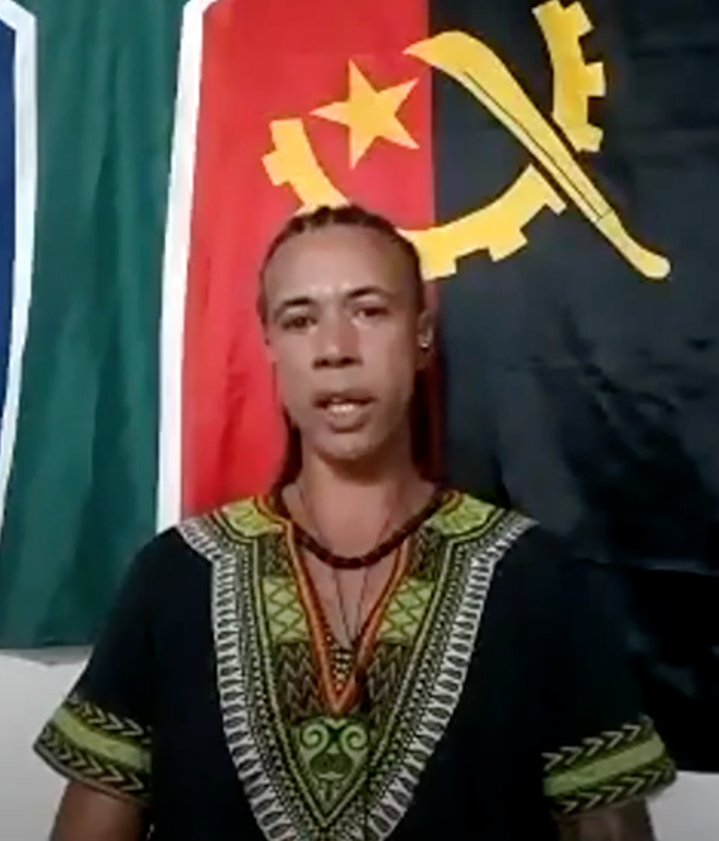 In Adilson Almeida’s words, it is important to teach children in the quilombos their “historical potentiality,” fighting “for the same ideals that our ancestors fought for.” In the Quilombo Cafundá Atrogilda, the project Ação Griô does precisely this, teaching visiting students from public and private schools about quilombola history and customs. Martins said these visits have paused during the Covid-19 pandemic, lamenting that “people have really distanced themselves.”

Panelists stressed that collective action and community-centered care have been of critical importance during the pandemic. “We must look after ourselves in order to look after those around us,” said Almeida.

“During this period, we’ve distributed over 600 care packages to families here because the situation has gotten very complicated,” said Martins. Upon closure of her restaurant, To Na Boa, she also started distributing warm meals to two nearby communities. On the day that she took part in the online event, she had already prepared 340 meals for distribution.

Panelists spoke of how quilombolas have adapted to the pandemic by increasing their use of technology and social media. “We now teach our elders” how to navigate social media, said Guerra.

It is collectivity and compassion that have helped quilombo residents through this difficult time, panelists said. Sacopã’s sentiment that his quilombo was “a symbol of Black pride” was reiterated by the other panelists about their own communities.