This article is part of a series of articles on Rio de Janeiro’s 2020 municipal elections from a favela perspective. It is also part of our reporting partnership with The Rio Times. For the article as published in The Rio Times click here.

As election season rolls through Rio de Janeiro, residents have signaled that more is at stake than during a normal local election contest. A deep recession that has grown only deeper, due to a global pandemic with severe local impacts, along with growing outcries for racial justice, government obstruction of the media, and other factors, have compounded concerns about the state of democracy.

In this context, several initiatives are attempting to bring greater balance to the ballot. Though the majority of Brazilians identify as black or brown, Brazil has a predominantly white congress. That lack of representation is echoed at the municipal level.

Giro 2020, a joint initiative between NGOs Fundação Cidadania Inteligente and Casa Fluminense, is among one of several projects seeking to tackle this lack of diversity. In this election, it has offered a special training to 74 candidates for city council and one candidate for vice-mayor in municipalities of Greater Rio de Janeiro—chosen from 289 applicants—with the aim of strengthening underrepresented candidates and those committed to anti-racism. Giro in Portuguese means “rotation,” and the project’s official goal is a “rotation of issues and bodies in the spaces of government decision-making.” 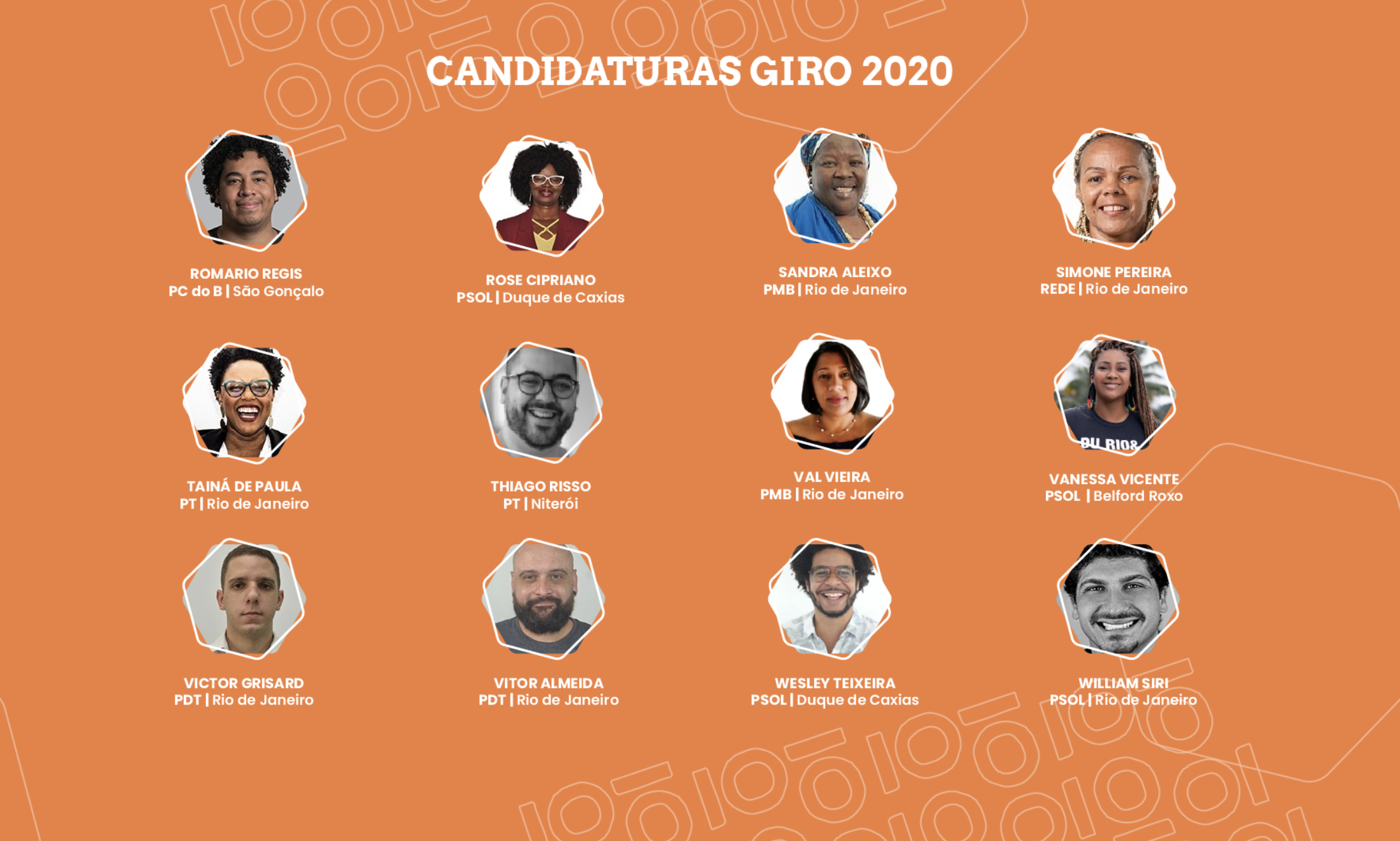 Both the formation of initiatives like Giro and the changing profiles of recently elected officials signal that a shift is underway in Brazilian politics. 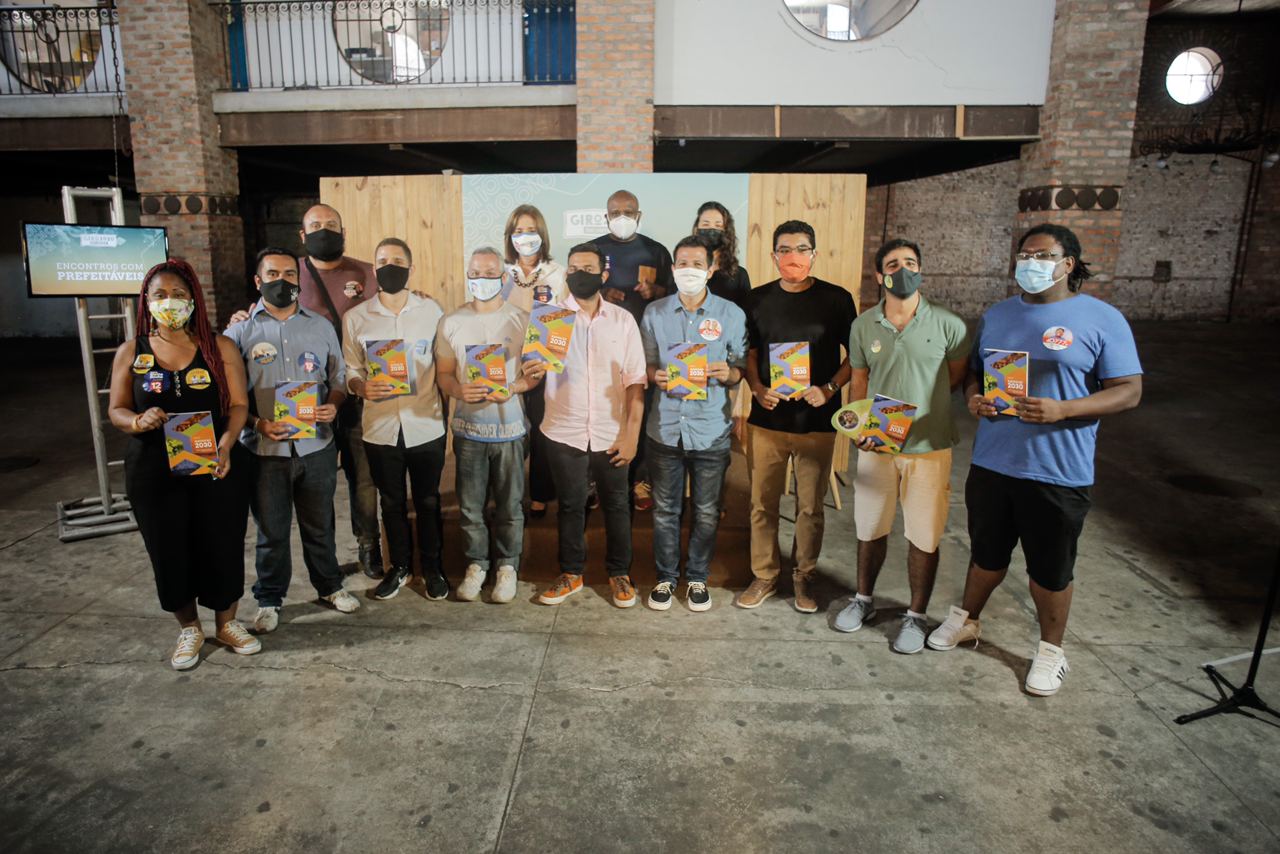 A May survey of black women activists across Brazil conducted by Marielle Franco Institute and the Black Women Decide (Mulheres Negras Decidem) initiative found that 25% of those activists considered running for office in the current elections. Black women “demonstrate maturity in considering and participating in electoral disputes as a way of accessing institutional politics and decision-making spaces,” the organizers of the survey wrote.

For Caetano, it is important to strengthen candidacies from less-represented groups “so that they can shape the political ideal that will resolve the problems they experienced.”

The two NGOs behind the Giro 2020 initiative, Fundação Cidadania Inteligente and Casa Fluminense, facilitate collaboration between activists, researchers, and other professionals based on a similar vision of an inclusive politics.

Giro 2020’s actions are based in three steps: meetings, trainings, and leadership labs. Meetings occur monthly, are open to the public, and hold policy discussions with social leaders and people planning to run for office. In trainings, the 75 selected individuals study public policy and discuss electoral trends, communication strategies, and campaign financing. Leadership labs are spaces for exchange among social leaders across the Rio de Janeiro Metropolitan Region.

Giro’s organizers say that although Rio residents have long called for more representative public officials, more is at stake in this election than in past years.

“Different [civil society] groups are being attacked,” said Almeida. “In the past two years, especially since the election of Bolsonaro, [civil society] is being criminalized.” 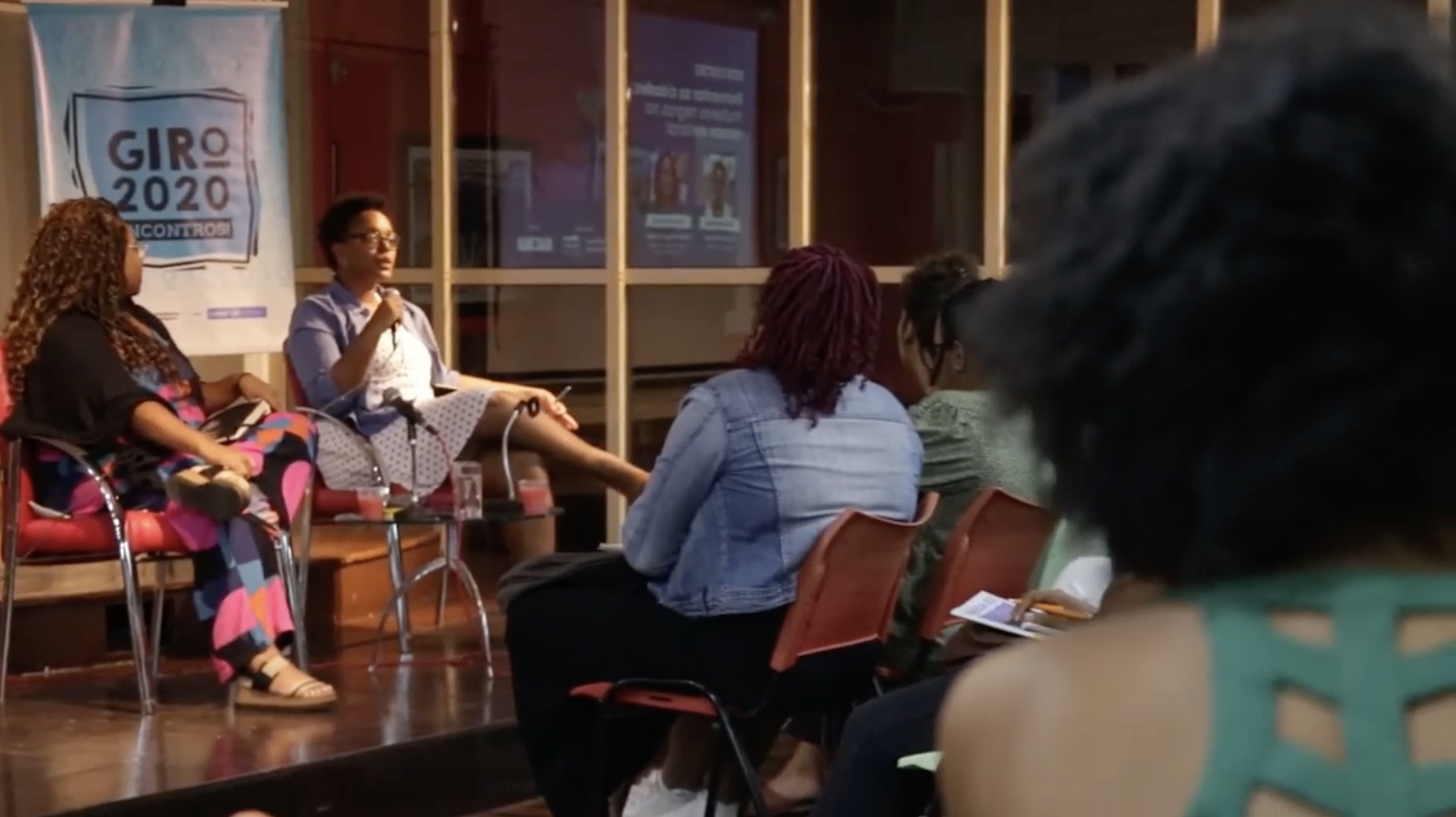 This makes it all the more important to push for more diverse elected officials, said Giro’s organizers. They view the 2020 election as a possible turning point, especially after the Covid-19 crisis has exposed the dangers of poor political leadership. In addition to Giro, other initiatives such as Ocupa Politica are grooming non-traditional candidates to run for office.

These underrepresented candidates allow the possibility for legislatures that not only appear different in gender and skin color, but that promote policies more in line with experienced needs and realities on the ground.

For one, they may focus more on reducing inequality, said Almeida. “There is a very serious problem in Brazil of always considering inequality a problem that can be solved later. It’s never posed as a central problem.” Brazil is currently the 9th most unequal country on Earth.

At the polls this November 15, groups that feel under- or unrepresented in politics hope to shake up the current situation.