This article is part of coverage of Brazilian Black Awareness Month, celebrated every November around Black Consciousness Day on November 20.

Grada Kilomba, the Portuguese interdisciplinary artist and writer whose work probes legacies of colonialism and racism, drawing on elements of performance, installation, and psychology, encouraged a younger generation of creators to similarly disregard boundaries at an online discussion as part of this year’s Rio’s Urban Peripheries Literary Festival (FLUP). The festival has taken place since 2012 across the city’s favelas and public spaces.

“We need this multiplicity,” she said. “We all have our own questions, and need to find our own answers as well… I think this is what decolonial work is. I cannot obey one discipline that has placed me as the other.”

Kilomba spoke of her work as part of a global antiracist project, which aims to address how black people “were fragmented from our history and separated.” She said she has grown to believe that empowerment does not necessarily come from “being the best,” but rather “to be yourself.”

Kilomba’s inclusion in the digital lineup of this year’s FLUP came after she spoke last year at a partner event between FLUP and the International Literary Festival of Paraty (FLIP) at the Rio Museum of Art, drawing a packed crowd. Afterward, she signed hundreds of copies of her book Plantation Memories: Episodes of Everyday Racism, which was the highest-selling volume at FLIP that year. “We ended the night with the unstoppable desire, if not to prolong it, to repeat it,” said FLUP’s Daniele Bernardino, introducing this year’s event.

Writers from around the world were included in the lineup of this year’s FLUP festival in part because one of the two writers the festival is celebrating is Lélia Gonzalez, “who already created relationships with the global diaspora in the 1980s,” the festival organizers wrote. “We took care to hear black women from the most diverse realities.”

The event with Kilomba occurred in partnership with the Toronto International Festival of Authors, and she discussed her work alongside Canadian journalist Desmond Cole, whose book The Skin We’re In: A Year of Black Resistance and Power, chronicles the year 2017 through stories of racism and the demonization of black resistance across Canada in sectors such as policing, education, and the immigration system. 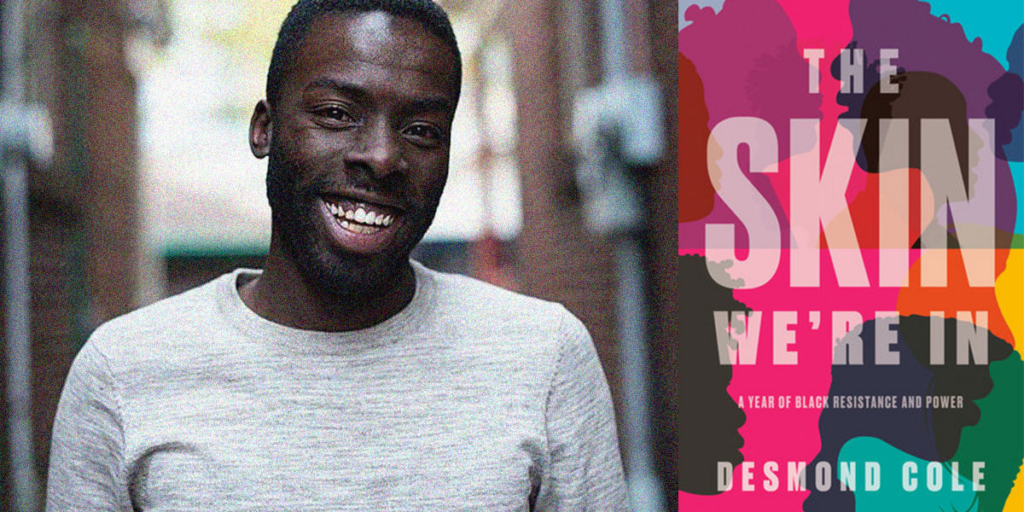 Cole and Kilomba discussed the role of black writers in a global context and their philosophies behind their books. Plantation Memories explores subtle, everyday forms of racism as a restaging of colonial violence and trauma that continues to inform the present. Her book was written eleven years ago, but was only successfully translated to Portuguese last year—it was originally published in Germany, where she lives, in English. Cole and Kilomba spoke of how both of their books chronicle realities that have a timeless element, and of the importance of bearing witness. Cole’s coverage of racism in policing over the years brought him to Ferguson, Missouri after the 2014 police murder of Michael Brown, and the book chronicles the Ottowa police’s killing of Somali-Canadian Abdirahman Abdi.

When asked what the two authors did to keep themselves safe in the writing process, Kilomba responded, “for me it was never a question of safety but a question of urgency… I wanted to have my questions answered, I wanted to understand who I am,” she said.

Cole said that much of his work constitutes “finding myself in spaces and looking at experiences and stories that actually show how we are not safe and how this world is not offering us this idea of safety.”

The work of a black liberation struggle, he said, includes dreaming big about “what safety would be in the present circumstances… We do not have to compromise with a state that refuses to see our humanity, we have to dream bigger than what they think is possible.”

While activists push for big, systemic changes, he says that the connections possible through writing are extremely powerful.

“There is a sense that we are being seen and heard by telling stories,” he said, “that experiences we have are being made real.”

Kilomba told El País Brasil in a 2019 interview that one method of decolonization is “poetic disobedience”—the name of her 2019 exhibition at São Paulo’s Pinacoteca museum, in which African oral storytellers recounted Greco-Roman myths.

Poetic disobedience is a long-central element of Brazilian political behavior, with recent examples in Greater Rio including the Viradouro Cultural Artistic Occupation (OCA) carried out in Complexo do Viradouro in the city of Niterói, where residents protested human rights violations such as police abuse of force, home invasions, beatings, and threats.

This may be among the many reasons why Kilomba’s work so resonates with Brazilians, and especially with black Brazilian women. In Kilomba’s 2019 FLUP appearance, during the event, the audience successfully called for Brazilian writer and black feminist icon Conceição Evaristo to join Kilomba onstage.

“It’s important to remind a younger generation that you should be experimental, and you shouldn’t follow the protocol,” Kilombo said at FLUP 2020. “I think what’s actually urgent is to break the rules and be disobedient. Create a new language, and a new vocabulary, and a new format.”