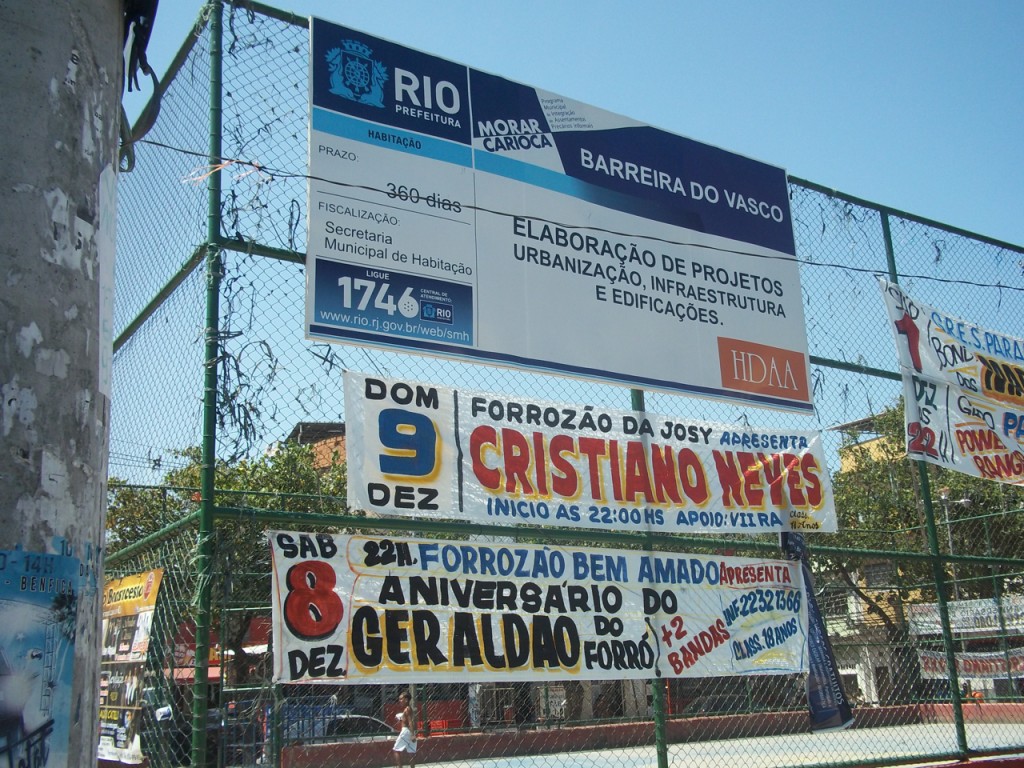 Residents of São Cristóvão’s First Favela, Barreira do Vasco, seek community oversight, sanitation and electricity improvements–and no evictions–as one of the first favelas to benefit from the Morar Carioca favela upgrading program.

Located next to soccor team Vasco de Gama’s stadium, from which the community takes its name, Barreira do Vasco was the first favela in historic neighborhood São Cristóvão and is one of the first favelas in the city to receive Morar Carioca, Rio’s new favela upgrading program.

Home to over 20,000 residents and an estimated 100 businesses, Barreira do Vasco is a vibrant, low-lying community in the heart of São Cristóvão, close to the famous Northeastern Fair and main thoroughway Avenida Brasil. Though it remains under the control of the Comando Vermelho (Red Command) drug faction, it doesn’t suffer the same level of violent conflict of other North Zone favelas under drug traffic control. 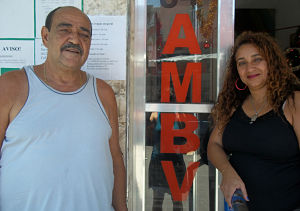 The community was first settled during the 1930s when then President Getúlio Vargas gave over land to a Catholic foundation to allow people in need of housing to build shacks in the area opposite the Estádio de São Januário, Vasco’s home ground. As the adjacent swamp land was levelled and covered with concrete, more people built their homes and the favela grew.

Vaninha Miguel, 46, President of the Barreira do Vasco Residents Association, has lived in the community her whole life and her mother was one of the first residents over 70 years ago. Vaninha describes the community’s initial conditions: “There wasn’t any water, just two waterspouts for the whole favela. People carried water to their huts. The landowner allowed a little piece for people to build. Another would allow another little piece. Fights over the land happened, which continue but in a different form today.”

With the waves of migration from Northern and Northeastern states such as Ceará, Paraiba and Maranhão over the last twenty years, the favela started growing upwards and more densely. “People started building, pushing [out the houses] a little bit this way and that, and that’s how the problems grew,” explains Vaninha. “The drains and water supply are the same but the number of residents increased making everything more difficult.” 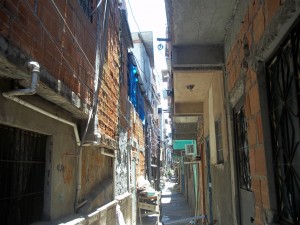 In 2000, the only remaining open area of the community was settled following a fire in nearby Manguinhos that left hundreds homeless. Known as Uga-Uga, named after the popular Globo novela that was running at the time, the area is the poorest and most precarious in the community where basic services such as electricity and sanitation are lacking.

Currently home to over 200 families, Uga-Uga presents the biggest development challenges for Barreira do Vasco and conditions constrast starkly with the well-constructed and beautifully-tiled houses that characterize the oldest parts of favela directly opposite the stadium.

Like all favelas, development of Barreira do Vasco up to now has been largely carried out by the community itself. The favela received the 1990s upgrading program Favela-Bairro in certain parts with a focus on basic sanitation. However Vaninha is highly critical of the work, saying: “It was only sewage drains in a small part, but it was so poorly done that today we’re reaping the results of this badly done work. So much so that today what we need most is a re-upgrading of the drains.” 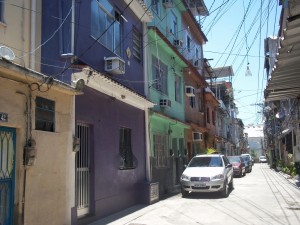 Sidesio Soares dos Santos, 62, a lifelong Barreira resident and vice-president of the Residents Association echoes Vaninha’s views, stating basic sanitation as the number one priority for the community. He says: “It’s been over-saturated for a long time. The community has grown a lot, but there hasn’t been reinforcement of the drains and water. They’re inadequate. Sometimes when it rains there are places that are impassable.”

Of Morar Carioca, Rio’s new municipal upgrading program for favelas, which Barreira is receiving this year he says: “If they don’t do the drains, there’s no point doing anything.”

Unlike what was practiced with Favela-Bairro and other state interventions in the favelas, Morar Carioca in Barreira has been launched in a participatory way that emphasises community involvement in the project design. The project for Barreira do Vasco is currently being developed through community meetings with architects and extensive participatory diagnosis by non-profit Brazilian Institute of Social and Economic Analysis (iBase). The final project is scheduled to be ready by May. 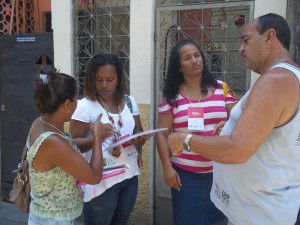 In addition to basic sanitation, residents identify water and electricity and very tight alleys where air doesn’t circulate and wheelchairs can’t pass as problems to solve. The latter will mean some structures will be demolished and families relocated. Vaninha is unwavering in her assertion that these families be rehoused in the community or surrounding areas: “No one from here will leave to go to Caxias or Santa Cruz [distant neighborhoods on the edge of the city]. Apartments will be built in the surroundings of Barreira do Vasco. Our war cry is this: people only leave if they’re to be relocated right here.”

Vaninha and Sidesio are optimistic, yet wary, about the improvements their community is set to receive. They talk of the commission being set up within the community to follow and supervise the work and their hopes for the final outcome. Sidesio says: “To see progress you have to mess with something. We’re aware of this. I hope they leave the people in the community happy with the project. I hope they don’t run away from what was promised like often happens. They promise one thing and do another. Having the resident commission to regulate things we have a way of holding them accountable.”