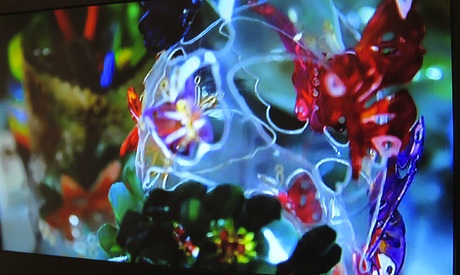 The exhibition O Design da Favela (Favela Design) at the Centro Carioca de Design (Carioca Design Center) is currently showing 125 pieces by artists, artisans and inventors from 15 communities in Rio de Janeiro, with a few pieces of unknown origin. In this project, the favela is not associated with misery or scarcity, but is a place of abundance: abundant imagination, invention, study and practice.

Irmã Fátima and the children of Tabajaras have learned to see disposable materials in different ways. Together they transform plastic bottles into toys. “This one looks like a fish,” says one of her students. “It’s magnificent the way children look at things,” says Fátima. 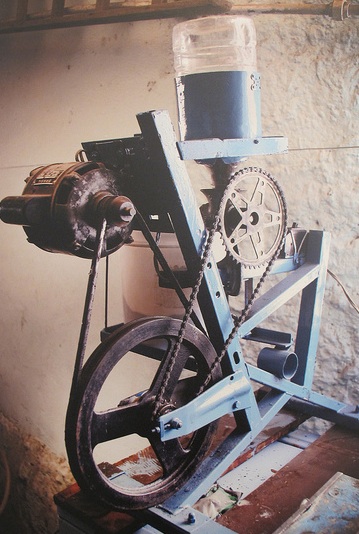 It takes a combination of imagination and ingenuity to perceive a world beyond the obvious. This is why you can always find a bit of a child’s spirit in the creativity of an adult.

A trendy word, sustainability is more deeply present in Elio Beiriz’s life than it was in the Rio+20 resolutions. Resident of the Morro dos Macacos community, Elio was looking for ways to make money using materials he already had. That’s how he came up with the peanut grinder, among other creations, made from an exercise bicycle and a meat grinder.

Elio says his story illustrates the expression, “necessity makes the frog jump.” But the inventor also needed some knowledge to execute his projects. “I didn’t study much at school, but I read a lot. Science and technology books,” he states. What wound up being important was the combination of necessity and knowledge, and getting his hands dirty. “Working teaches you to work,” he declares. 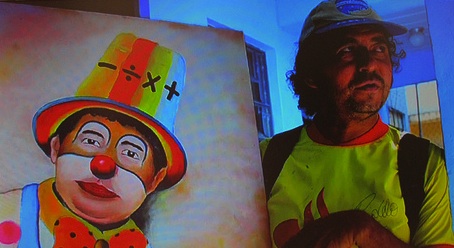 Only art and love make our existence tolerable, said the English writer W. Somerset Maugham. When Edilson Benedito divorced his wife, he saw that his nine-year old son was suffering from the separation. Edilson decided to cheer him up, along with the other children in the community, by dressing up as a clown. Today O Palhaço Benedito (Benedito the Clown) is well known in Santa Marta, and he’s also a recycling artist.

The clown’s irreverence is easy to spot in his creations. His “blessed” art includes flowerpots made from unusual objects–a shoe, a stereo, a soccer ball. 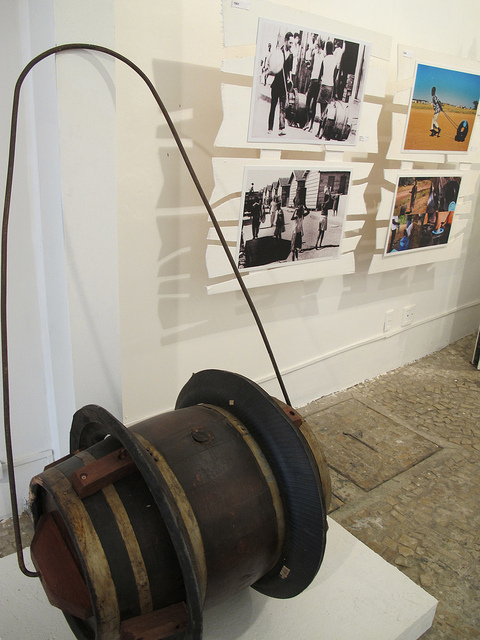 Despite the air of sophistication of the word “design,” you don’t have to go far to find it. According to the curator of the exhibit, “Design also has a broader and more informal origin. It has always existed in the most basic relationships between humans and their environment.”

None of the objects on display better represents this concept than the “rola” (roll) or “rola-rola” (roll-roll). This anonymous creation consists of a barrel with tires around it, used to transport water from one place to another. “People used to carry buckets of water with a scale, or on their heads. The rola benefitted everyone,” says Marilene, from the community of Maré.

Design is where you least expect it. That’s the opinion of Tio Lino, creator of the project “O Mundo da Arte” (The World of Art) in the Rocinha community. “In the morning, take a look at the bread you’re going to eat. That’s design.”

“Favela Design” runs through December 20, Monday through Saturday 10am–7pm. On December 19 at 7 pm there will be a panel discussion organized by curators Ricardo Saint-Clair and Rodrigo Westin, with the participation of artists and special guests.

The Centro Carioca de Design is at Praça Tiradentes, 48.