For the original article in Portuguese on Portal Geledés via Diário do Nordeste click here.

The financial assistance given to families living in extreme poverty through the program Bolsa Família (“Family Stipend”) does not deter them from searching for work, or from becoming entrepreneurs themselves. The conclusion comes from the national Research Institute for Applied Economics (Ipea), after an analysis of Brazilian micro-entrepreneurship. “The Bolsa Família does not produce an effect of laziness or apathy in its recipients. The majority of beneficiaries being entrepreneurs with formalized businesses is proof of that,” says Rafael Moreira. 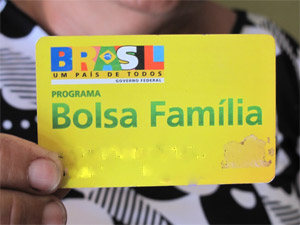 Moreira is one of the researchers focusing on the individual microentrepreneur–a person who is self-employed and registers himself as a small business owner with a maximum annual revenue of R$60,000. This type of entrepreneur will employ at most one worker who receives around the minimum wage.

The Radar report, released May 7th by Ipea, states that 7% of individual micro-entrepreneurs are also beneficiaries of Bolsa Família. Furthermore, self-employed workers, whether their activity is formal or not, make up 38% of the program’s target audience. “In general, Bolsa Família has not reduced the workforce,” guaranteed Moreira.

According to another collaborator on the study, Mauro Oddo, micro-businesses represent 99% of businesses in Brazil and are responsible for 51% of all existing jobs. “This shows the country will not develop while the differences between the monetary and quantitative realities are so great. Small businesses play a large role in the economy. You cannot understand the country without understanding these small businesses,” argued the researcher.

Half the informal workers in Brazil have formalized their business

The Minister of the Strategic Affairs Secretariat (SAE) to the President of Brazil, and president of Ipea, Marcelo Neri, says that among the most relevant conclusions from the Radar report is the fact that half of informal workers, such as street vendors, have formalized their businesses. “This is a surprising and interesting fact. Nobody would have expected this ten years ago,” he said. “Nowadays we understand that (individual) workers often constitute small businesses. Generally speaking, they are capitalists without capital.”

According to the study presented by researcher João de Oliveira–on the increase in formal employment–half of individual business-owners began in the informal sector. In addition, half of the group (or one quarter of the total) began their businesses “not because of an opportunity, but out of necessity, after losing a job.”

Oliveira explains that the individual micro-entrepreneur has a lower level of education (49.4% have completed high school) and are in the lowest income category. He estimates that there are about three million of these workers contributing to the Brazilian economy. Furthermore, there are another 6.12 million small businesses and micro-businesses in the country.