Tucked away down a small, anonymous side street in Rio’s downtown bohemian neighborhood of Lapa, prominent public security expert and author of the Elite Squad books (which became box office hits) Luiz Eduardo Soares began a talk on Tuesday evening, June 25th, about Brazil’s recent social mobilization. The event was sponsored by Agência Redes Para Juventude. The building was packed, with people sitting on the floor and on the staircase, legs dangling over the edge of the loft. In the alley outside were crowds on the near and far sidewalks, curious as to why the forty or fifty people were assembled. 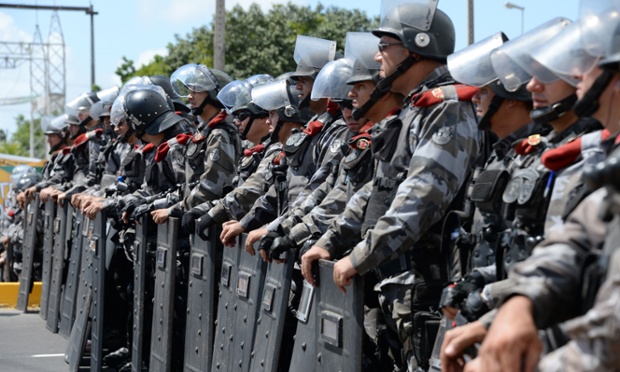 The discussion, pitched as an explainer about the protest movement that has erupted on the streets of Brazil’s major cities, was dominated by questions of violence between police and demonstrators. The police have been heavily criticized for their handling of the protests, where indiscriminate use of pepper spray and rubber bullets have injured many, including journalists and bystanders. “The middle class is now discovering police violence,” Soares said. “We’ve been waiting for the demilitarization of the police to emerge as a widespread demand for years. I encourage people to think critically about this, and also about the issue of labeling those who are violent during demonstrations as ‘vandals.’” 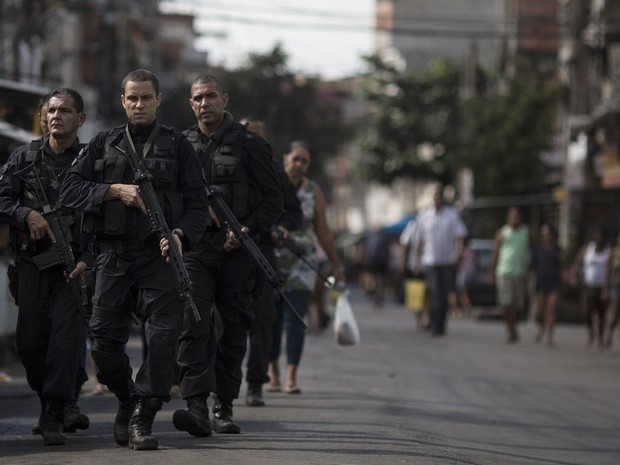 The question of police violence took on even greater urgency that night since the previous day an unapproved operation in the Maré favela complex left ten people dead including one police officer. Residents and an internationally respected research institute based in Maré, the Observatório de Favelas, were terrorized by ongoing gun battles. Composed of 17 communities and with some 130,000 residents Maré is widely considered to be the ‘missing piece’ in the government’s favela ‘pacification‘ police program, with its strategic position between the international airport, the city center and some of the key World Cup and Olympics venues.

As Soares spoke about these weighty issues, a perfect illustration took place outside at the top of the side street. There is often a light police presence at the foot of the breathtaking Selarón steps–the 20-year, life-consuming project of the eccentric Chilean street artist “Selarón,” who was found dead on the steps in January this year. A commotion broke out between a handful of Guarda Civil (municipal police who carry huge batons but no guns as other types of police in the city do) and five shabbily dressed young men who appeared to have had a few drinks and were now shouting abuse at the police. It turns out these young men had participated in the impassioned demonstrations in support of Aldeia Maracanã, the first in recent years to erupt into a widespread and uneven show of force and unnecessary brutality on the part of police. 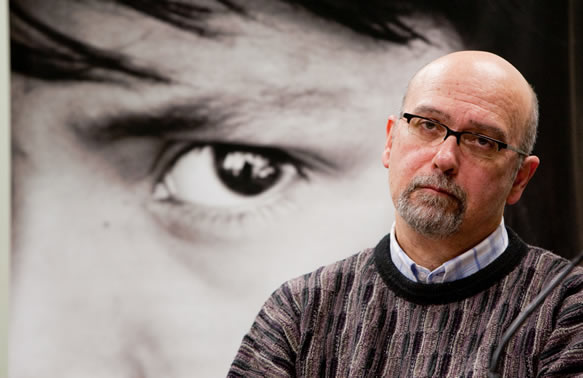 The uniformed police response was one of violence. One grabbed a young man from behind and throttled him with his baton, which had the girth of a rolling pin but more than twice the length. The young men were also assailed by two large men who were with the police but in plain clothes. As one of the youth held up a tattered copy of the Brazilian constitution, proclaiming to the Guarda Civil that it was all lies and that Brazil was a dictatorship, one of the huge men blindsided him, punching him flush on the nose which then began to stream with blood. There seemed to be collaboration between the police officers and the unidentified men.

The bloodied man’s friend then came running and screaming and a Guarda Civil officer chased him down the alleyway towards the conceptual discussion of police violence 30 yards away. It was interesting to see the difference in police behavior when first dealing with a small group of isolated, intoxicated, ragged-looking men compared to when these same men mixed with a crowd of trendily dressed, mainly middle class, young students and activists.

The four or five rowdy young men mixed in with the sympathetic crowd and, emboldened by increased numbers, shouted their slogans ever louder at the officers. Very quickly the group of uniformed police trebled and blocked both ends of the back street. The discussion was temporarily halted and all those in attendance tried to calm the atmosphere–holding back the young men (whom some of them knew) and talking to the police. At one point they chanted “Sem Violência” (¨Without Violence¨) a common refrain at the Brazil protests, calling for peaceful response from the police.

Describing the commotion as a practical example, fuel for their discussion, Soares deconstructed the event. He spoke of the role of the police: to protect citizens. But in this context the officers either didn’t know or didn’t care what their responsibilities were given the situation. He went on to say that you hear constant complaints about vandalism with regard to the burgeoning protest movement but you rarely hear about the violence of the state, of the police going into a favela like Maré, firing bullets indiscriminately. The bullets of the BOPE are live, not rubber, he noted. “This (moment) is our historic chance to reform the police,” Soares said.  As things calmed, the discussion continued and those who lingered afterward resolved to go to Maré to show their solidarity.