For the original by Jamil Chade in Portuguese in Estado de São Paulo click here. 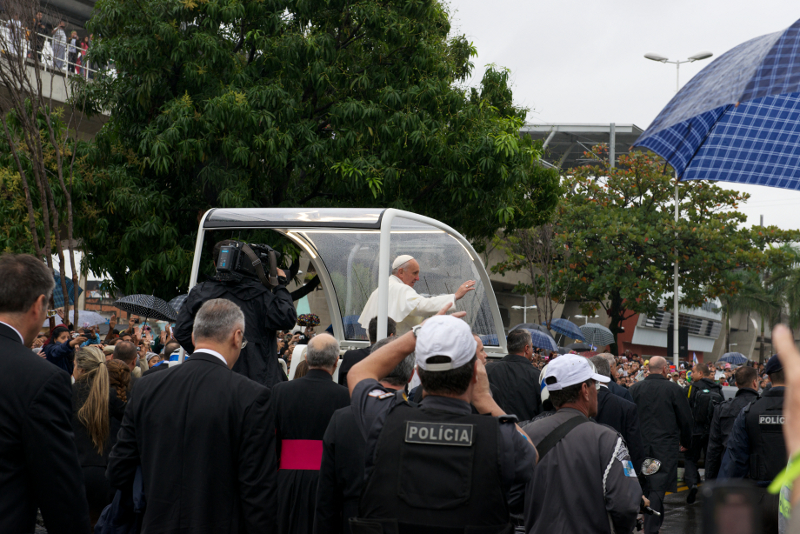 Pope Francis attacked the strategy of “pacification” used in the favelas of Rio de Janeiro, warning that until social inequality is resolved, “there is no lasting peace.” On Thursday July 25, in the Varginha favela in Rio, he gave one of the most important speeches related to social issues during his pontificate, and urged youth to continue pushing for improvements as a sign of his support for the protesters who have taken to the streets of Brazil since June.

The Pope further added: the greatness of a nation can only be measured by how it treats its poor, an indirect reference to the government’s insistence on endorsing Brazil as one of the largest economies in the world, and at the same time, not providing solutions to its favelas. 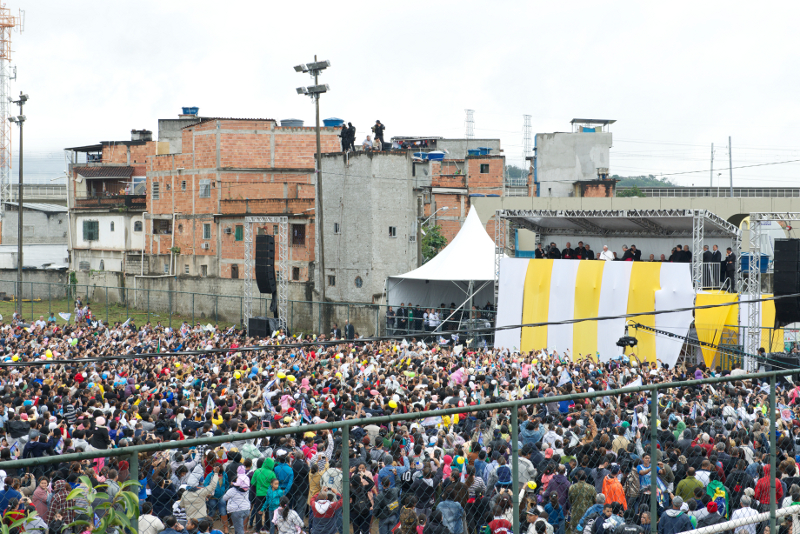 Francis recognizes the social advances promoted by the government. But he warns that this is still not enough, and that the pacification of favelas, such as the one he had visited, cannot be done with weapons. “I want to encourage the efforts that Brazilians have done to integrate all parts of society, including the most deprived and suffering, through combating hunger and poverty,” he said.

Pacification. “No pacification effort will be long-lasting, there will be no harmony nor happiness for a society that ignores, that leaves to the margins, that abandons in the periphery a part of itself,” declared the Pope during his speech. He advised: “Such a society simply impoverishes itself, losing something essential.”

The Pope further said that “only when a society is able to share is it able to truly enrich itself…All that is shared is multiplied. A measure of greatness of a society is given by how it treats the most needy, who do not have anything other than their poverty.” 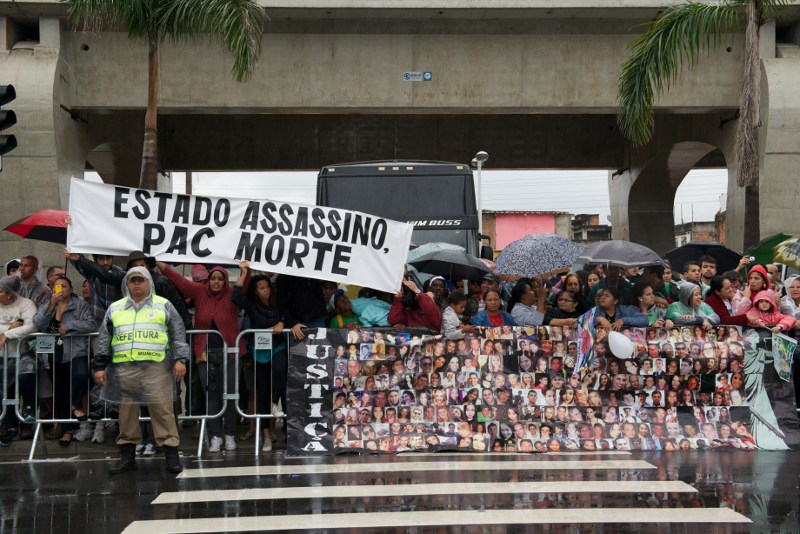 Demonstrations. He also expressed his support for all those in Brazil who are fighting for social change, in a reference to the demonstrations that have taken over the streets of Brazil since June.

Attacking corruption and the fact that the periphery has been abandoned by politicians, the Pope made clear that the Church will support the broader movement which demands improvements. Sources in the Vatican confirmed that this was the approach the Pope had chosen to address his message to protesters. The decision was to avoid the word “protest,” but to still make an appeal so that the pressure against the ruling class continues. 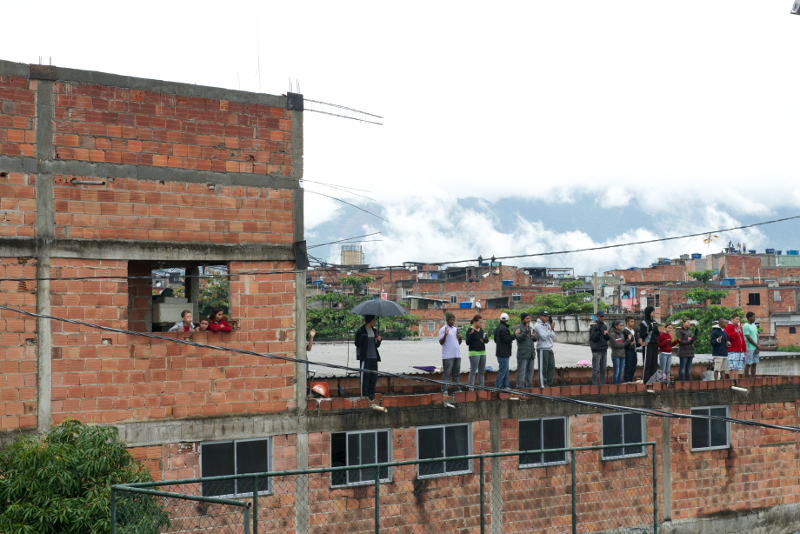 “Here, as in all of Brazil, there are many young people,” he said. “You have a special sensitivity in the face of injustice, but often you become disheartened with news that talks of corruption, of people who, instead of seeking the common good, seek their own benefit,” he said.

“Also, for you all, and for all people I repeat: never become discouraged, do not lose confidence,” he insisted. “Reality can change, man can change.”

Francis also appealed to people that they should not become “accustomed to evil, but to overcome it.” The Pope assured: “You are not alone, the Church is with you, the Pope is with you.”

For authorities, the appeal was to “work for a more just world…No one can remain indifferent to the inequalities that still exist in the world,” he said. “There is a culture of selfishness and individualism which governs our society. What should govern is a culture of solidarity,” he asserted.

Education. The Pope also used his speech in the favela to defend some of the pillars of the Church’s dogma: family and life, “which should always be protected and promoted.”

The Pope called for an education of quality and values​​, not just a system that has as a goal “a simple transmission of information in order to generate profits.”