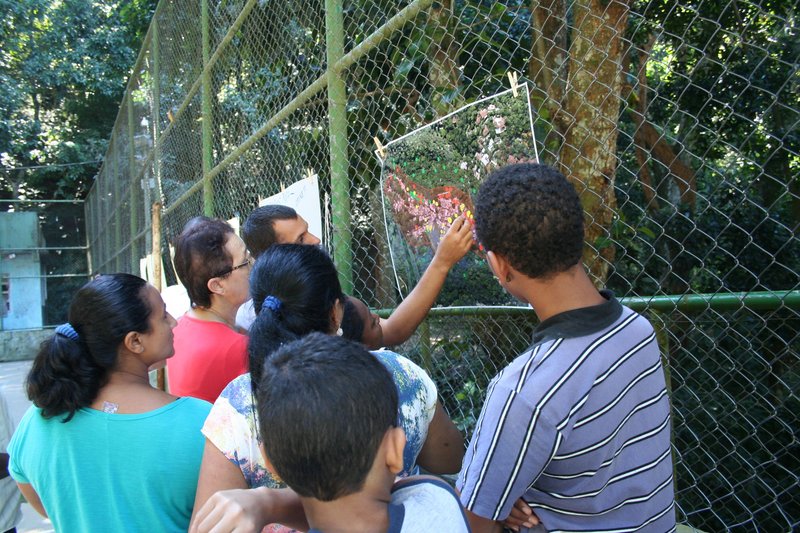 Vila Laboriaux, with its dramatic view of beach on one side, lagoon on the other, is situated at the peak of Rocinha, Rio’s largest single favela. The community, between tranquil forest and the hustle and bustle of the Estrada da Gávea, is joining an increasing number of communities using self-help planning to tackle issues on their own terms. On Sunday August 4th, around 100 residents gathered on the local football pitch to begin drafting a document to outline both the potentials and challenges of their community. Residents of this neighborhood have been fighting the threat of evictions since a handful of neighbors suffered a landslide in 2010, but have recently received a visit from Eduardo Paes and are now included in the latest round of planned PAC investments. 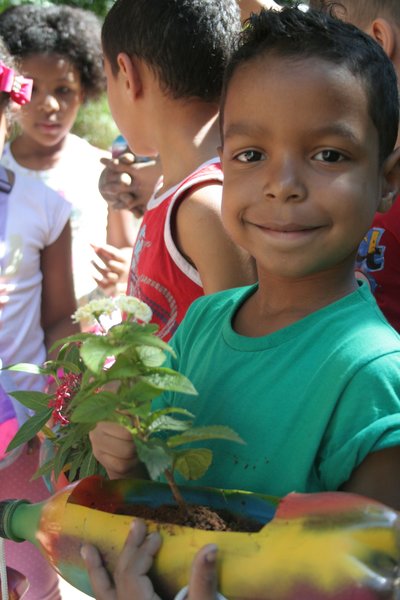 The initiative was supported by Favela Verde and Instituto Dois ou Mais and organized by the group Movimento Preserva Laboriaux, which was born during last year’s UN Rio+20 environmental conference, with the aim to empower residents to discuss and work together on community issues. As Eva Vilaseca, a facilitator, explained, residents “will know what is good and bad about this area.” For many, it has become necessary to tackle these matters themselves: “We have talked to CEDAE about the need for a sewerage system, but they didn’t listen to us. I identify with this project because we can do something about these issues ourselves,” explained local resident Leonardo Gomes.

The event represented the first of three stages: a Socio-Environmental Diagnosis. During the day, residents compiled a list of the strengths and weaknesses of Laboriaux, answered questionnaires, and created a map of the area. Children also played their part, planting flowers and painting banners with messages about sustainability. The second stage will be an Action Plan, followed by Implementation. Residents will use the Action Plan to leverage publicity and funding from NGOs and local government.

One recurring concern that emerged was the protection of the local environment. Laboriaux is located close to the source of a stream, which is connected to a pipe that provides clean drinking water for residents. However, many have been discarding waste into the stream, including sofas, televisions, stoves and fridges. Movimento Preserva Laboriaux recently mobilized residents for a stream cleaning. However, this is not a long-term solution. Residents’ suggestions for resolving this problem included installing facilities to separate rubbish from recycling, and the provision of more bins in the area. Other issues that arose throughout the day included the need to sterilize local animals, the lack of street lighting, and, as in the rest of Rocinha, sanitation problems. As resident Camila Gomes Cardoso (31) summarized, “I just want my four-year-old son to have a nice, green place to live when he grows up.”

In addition to necessary improvements, residents also listed many qualities of the community, including the natural landscape, familial atmosphere, tranquillity and fresh water. This project empowers residents to work collaboratively to conserve their natural environment but also seek urban improvements where necessary. From the high turnout and the optimistic atmosphere, participants left with a sense that Vila Laboriaux residents are committed to taking the future into their own hands and bring about positive changes for their community.

Co-organizer Gabriel Voto was very satisfied with the results of the event and attributed them to the group’s dedication to participatory planning: “Today, thankfully, we managed to align the expectations and perceptions of various social groups in Laboriaux through diverse participatory methodologies.” He felt this was just the right first step in a process that, as he put it, “requires an extensive previous deconstruction of visions and prejudices and a later ambiance and harmony with the local reality. Only this way we´ll be able to generate a long-term process with wide acceptance and viability in the community.”