This post is a contribution to Blog Action Day 2013 in which bloggers around the world reflect on this year’s theme, Human Rights. 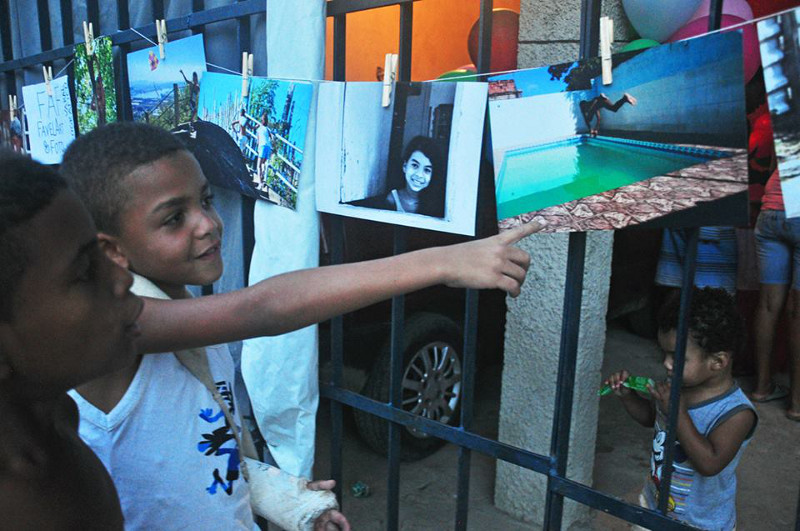 Last Saturday October 12, the first #OcupaSARAU event was held, along with a Children’s Day party in Morro dos Mineiros, organized by the OccupyALEMÃO collective. The idea of the Sarau, or evening event, was to commemorate Children’s Day by remembering the Universal Declaration of the Rights  of the Child, created in November 1959 and ratified as the Convention on the Rights of the Child in 1989 by representatives from 140 countries, highlighting the principle that states that all children have the right to education and play and recreation.

According to the United Nations Children Fund (UNICEF), Brazil has close to 60 million children, of which almost half live in poverty. Poorer families have less access to education, do not have enough money to feed their children and live in houses without running water and sewer systems. The children of these families have greater chance of becoming sick, of doing poorly in school, of being abandoned, or of not receiving the proper protection they should have. And how do the children of Rio de Janeiro’s favelas live? 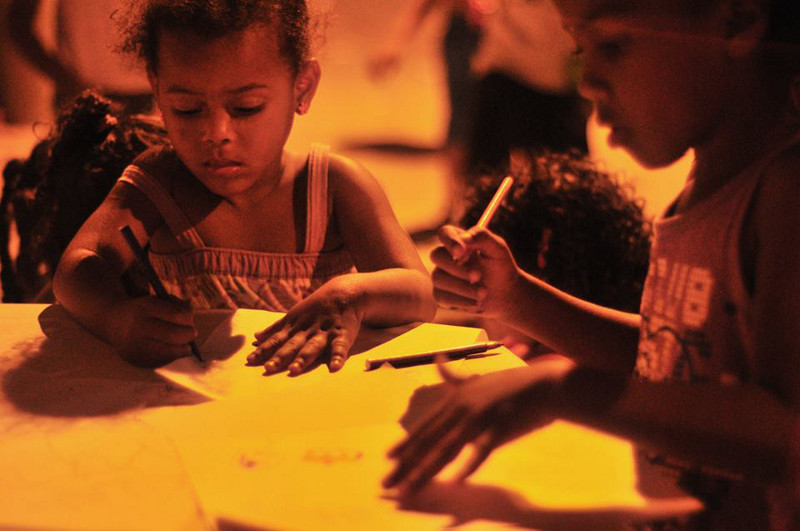 The Sarau took place in the Morro dos Mineiros favela, part of the Complexo do Alemão and where the Growth Aceleration Program (PAC) has not even come close. It is considered one of the most rural regions of the Complexo do Alemão. The majority of residents came from Minas Gerais. They arrived during the 1960s brought by the new industries and opportunities in the region. They settled in the area that is now known as Mineiros, located in the North Zone of Rio de Janeiro.

Many activities took place as part of the Children’s Day event, including an photography exhibition by the group Favela Arte e Foto showing the daily life of different favelas in Rio de Janeiro, the launch of CineMURO with a screening of the short film Kids’ Time (Tempo de Criança) by filmmaker Wagner Novais, drawing workshops, body painting, and many games- all reinforcing the idea that every child has a right to a childhood and the right of expression of who they are and where they live. 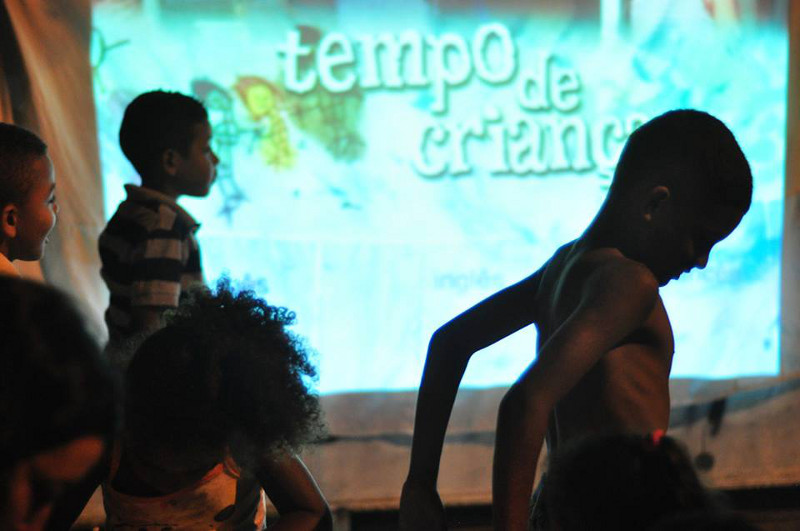 The event also celebrated the Mini Mineirinhos library, constructed collaboratively at the beginning of the year by residents of the favela and the OccupyALEMÃO collective. The library is located at the top of the favela in a space the size of a small living room. It has donated books and bookshelves made out of crates. Recently, the library has received children during the afternoon for reading and story-telling time.

It is initiatives like these that raise questions about how the rights of the child are applied in all social classes. The Sarau is not the only solution for balancing the inequalities of these fundamental rights; nevertheless these types of initiatives are capable of pointing us in the right direction. And following this direction it is possible to realize the importance of the residents’ participation combined with the diverse work of different organizations in their fight for equality and democratization of rights. Only in collectively building it are we capable of understanding the territory in all its complexity and diversity and amplify its potential.

Thamyra Thamara de Araújo is a journalist, resident of Complexo do Alemão and member the OccupyALEMÃO collective.