For the original by Cláudia Freitas in Portuguese in Jornal do Brasil click here.

According to data by Fiocruz, hypertension, stroke, depression, and even suicide were reported.

Removals occurring in communities such as Complexo do Alemão and Manguinhos in the North Zone and Rocinha in the South Zone, primarily as a result of the Growth Acceleration Program (PAC) of the Rio state government, are having serious repercussions on residents’ health. In addition, the main objectives identified by the state government for the PAC program in the areas of housing, basic sanitation, and urban mobility were not achieved. Partial conclusions are presented in a report produced by the National School of Public Health’s Manguinhos Territorial Laboratory (LTM) in partnership with Fiocruz and the Ministry of Cities/CNPq, delivered by the end of 2014, with recommendations for improvements in the communities studied. 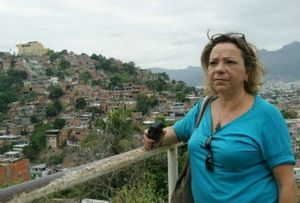 The project, called ‘Public Policies, Housing, and Sanitation: A Participatory Analysis of the PAC Manguinhos from the Perspective of Health Promotion and Environmental Justice,’ is coordinated by researchers Marcelo Firpo de Souza Porto and Marize Bastos da Cunha, who for the past year have been evaluating the work of the PAC in the communities with the participation of social entities and residents of these areas. The purpose of the study is to develop a diagnostic matrix of the problems caused by the government’s program in the favelas and identify the elements that trigger them. Preliminary results point to a serious picture common among the three communities, which is related to the process of eviction of residents that live in the localities where the PAC projects occur.

“The impact these removals have on residents’ health is enormous. We had an idea of this when we interviewed residents and health professionals in Complexo do Alemão and Manguinhos. They told us about incidents of people suffering stroke, depression, hypertension, and even suicide after experiencing the drama of dispossession. We don’t have access to official data, but with these stories we can already trace a direct correlation between the project and people’s health,” Marize Cunha clarified. 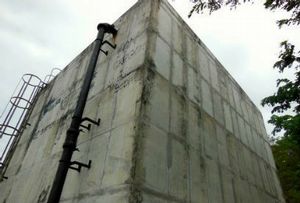 The Fiocruz researcher described the chaotic scene she found in the community of Manguinhos following a series of removals initiated in 2009. “It seems like a scene out of a war movie, with houses destroyed, areas flooded, only skeletons of buildings. It is desolate. [And that is] without mentioning the precarious conditions of those families who resist the government summons’ and remain in their houses without the provision of basic services, which are cut by public utilities, or in other words who survive without water and electricity,” Marize related. One of the residents of Manguinhos told the researchers his home was condemned by the authorities following a collapse, and the indemnity payment did not correspond to the market value of the home, much less allow him to buy another property. “This person was desperate, stressed. Quality of life declines greatly in these cases,” said Marize.

Evaluating the removals in Alemão, Marize cited another aspect that leads to the illnesses: the breaking of family ties. “Many families are separated in the process of vacating their homes and are brought to very distant places by the government, completely changing their routines and causing great impact on their social relations. This also is cause for suffering and illness,” she says. 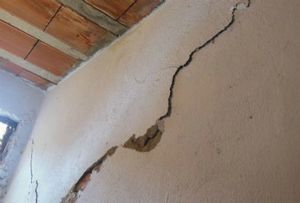 Despite the report still being in the production phase, studies indicate that the largest problem experienced by the community of Manguinhos is housing, while in Alemão it is deficiency in the basic sanitation system, and in Rocinha, urban mobility. According to Marize, the question of sanitation in Alemão is historic and has to do with inefficient public policies. The problem of trash accumulation presents itself in the whole city, but in the favela it is dealt with differently because it requires a specific process for removal, demanding that the resident bring it to a determined point. Water presents another problem. Lack of water supply has become a natural and common occurrence, and while it is essential and must be provided daily and with quality, this is not happening in the researched areas.

“During the PAC program, various water tanks were built in Alemão, but they are out of service because of technical problems,” said Marize. According to her, public investments to maintain a regular water supply are large but fundamental from a social and health perspective. “What we see is that when the government opens a bidding process for this service, the big businesses bid but offer prices that will not allow them to compete the project. And within this line of thinking, more expensive projects are carried out, such as the construction of water tanks, after which companies solicit add-ons for the continuity of investment, which aren’t always provided, and the project is abandoned. Many times, the project is registered as complete according to government data, and the population doesn’t even have any idea of this. Later, it is difficult to obtain public resources to finalize the work,” the researcher clarified. 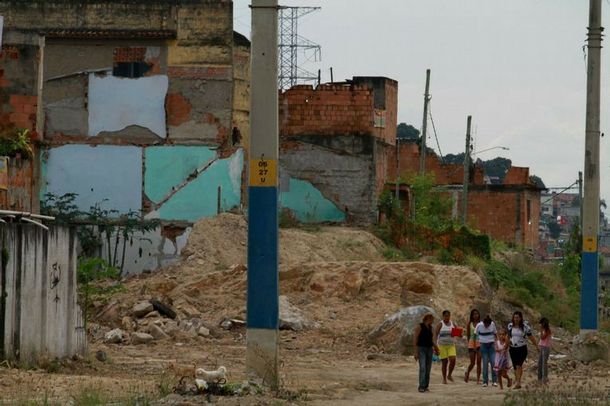 In Rocinha, the researchers detected the problem of urban mobility, aggravated by the residents’ protests against the construction of the cable car. “Because of the PAC project and past experience in Alemão, it is easy to see that the cable car doesn’t follow the logic of the area, with its alleys, main streets, areas of access, and highest points. In other words, it isn’t going to help in transporting people. In addition, the system that moves the gondolas doesn’t allow them to stop in stations for access by disabled people or people carrying shopping bags. This is another of the residents’ complaints. It is a big investment that impacts the budget and that could be used for more necessary projects or alternative transportation, which is more appropriate for the region,” the researcher explained.

In the three communities, many residents’ homes have been condemned due to cracks which result from the vibrations caused by the machines used in the PAC project. In the community of Matinha, in Alemão, cracking occurred in various rooms in the homes surrounding the water tank, and the homes are now being dispossessed. Residents who seek out the city government to register the incident and receive compensation are being relocated to a housing project in the neighborhood of Santa Cruz in the West Zone. To Marize, the collapse of many buildings in Complexo do Alemão, provoked by heavy rains that fell in the city last month, is a consequence of triggers such as poor administration of public policies in the community, including lack of planning, absence of dialogue with the population, and insecurity of housing. 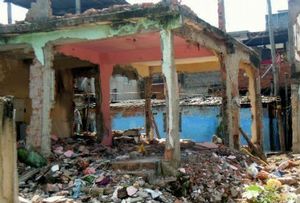 Marize cited an unusual fact that occurred last month during the popular Circulando event by the Roots in Movement Institute (Instituto Raizes em Movimento) in Alemão. The wreckage of a staircase that belonged to a house demolished almost two years ago was painted with graffiti by fine artist Mário Brands, who gave a cultural soul to the ruins and was praised by residents for the initiative. “Days later, city agents were in the area and destroyed the new work of art. The strange thing is, that staircase was there for a long time as a symbol of social violence, cruel action, and something that hurt the community. As soon as it was changed to a symbol of empowerment, it was destroyed. It’s outrageous,” said Marize.

Studies are developed through interactive workshops

The methodology applied in this research aims for the development of workshops in the communities of Alemão, Manguinhos, and Rocinha. There have already been two meetings in each area since the beginning of the researchers’ work, with participation of 15 residents in each region selected based on three attributes: gender, residential location, and age. In the first meeting, which occurred last July, the Fiocruz researchers presented a line of study and identified the range of problems cited by the residents. In the second workshop, in October, the researchers revisited the issues debated, providing statistical data, video material, and theory about each subject identified. “The intention is to implement the themes selected by each community, listening to them and then developing a study with their cooperation,” explained Marize Cunha.

Before the end of the study, other workshops will be conducted. In Complexo do Alemão, the meetings are organized with collaboration of the Matinha community leader, Renata Trajano, and the Roots in Movement Institute, an NGO that was created to discuss social themes and provide humanistic and logistical support to residents of Alemão. “By way of the debates about housing, health promotion, sanitation, and mobility, participants are becoming aware of the ways in which these factors interfere in the personal and professional life of each resident and, at the same time, are elements of social transformation. There is a convergence between the themes, and we hope to demonstrate how this process occurs day-to-day. When a place is overrun by trash, for example, and if we have heavy rain, the debris will get stuck in the access ways, close off the passages in the entrances to houses, and interfere directly with mobility. The government must also do its duty and fulfill its promises. The project to widen the main access road that cuts through Complexo do Alemão, Joaquim de Queiroz Avenue, was not completed, and it was among the demands proposed to the authorities by the community. With this, the superficial repairs to the avenue serve as merely make up to cover up the larger problems in the crossroads,” explained the researcher.

Results of the workshops serve to elaborate recommendations to the government, which will be provided at the end of the study. The content will combine scientific knowledge about the identified themes based on specialists’ opinions and the experiences told by residents of the three communities. “They are differentiated but equally important visions about the same subjects. This shared vision of knowledge that we call Broad Community of Research (CAP by the Portuguese acronym), which produces a third fund of knowledge, which is the final result of the study,” explained Marize.

Despite the study scheduled to be finalized only at the end of 2014, there are plenty of evaluative data conducted by the Fiocruz team that are already circulating in Rio’s communities. Researchers’ access to the residents and the regions in the complexes of Rocinha and Alemão occur through partnerships with TV Tagarela and the Roots in Movement Institute, respectively.