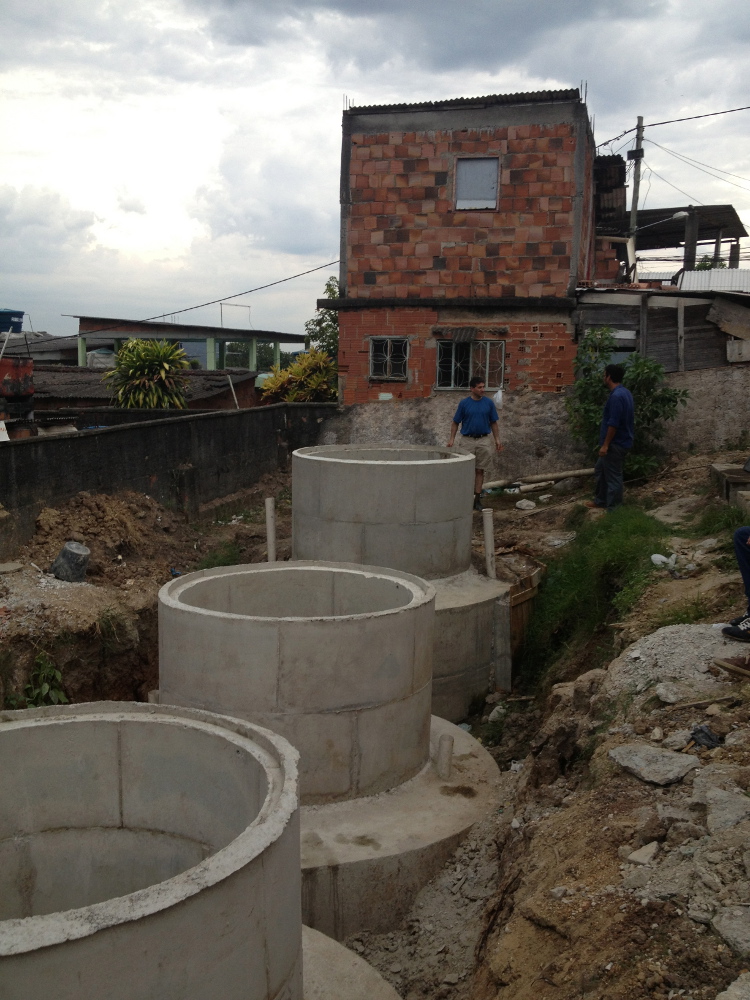 Last week, Solar Cities Solutions visited the greater Rio area to continue their efforts to build biodigesters in up to four favelas prior to the 2014 World Cup. During this visit the team completed the first set of biodigesters in Niterói that will serve a school in one of the communities affected by the tragic landslides of April 2010. Solar Cities Solutions worked on the Niterói site with Architecture for Humanity (who are concurrently constructing the ninety-person day care center the biodigesters will be utilized by), the future head of the school and local environmental engineers and architects.

Biodigesters are an ancient technology, historically used by farmers, which can process food and human waste into gas and rich liquid fertilizer in a similar manner to human digestion. Small-scale biodigesters are a low-cost technology that are easy to construct with local materials and molds. With partner Viva Rio using its import license, Solar Cities Solutions brought metal molds for small-scale biodigesters from China that will be used to construct each biodigester in Rio. 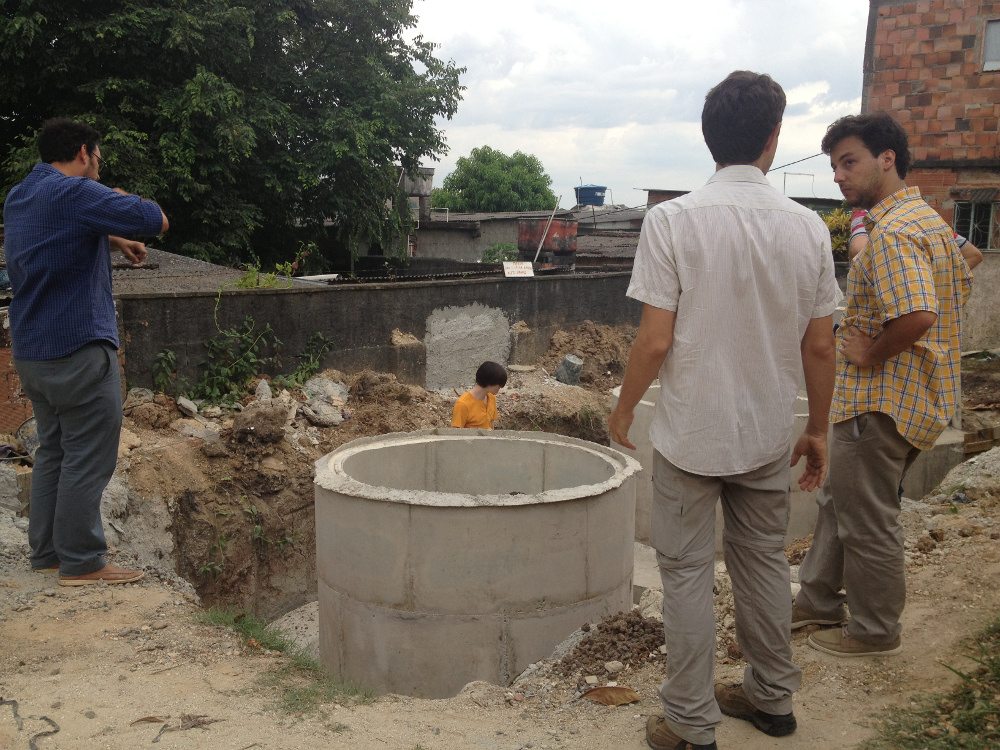 After assembling the molds, cement is poured to build the body and the neck of the biodigester. Then, a plastic dome is inserted in the cement tank that holds the gas.  Eventually, water is placed on top of the plastic dome. Finally, a tube allows for the passage of the gas to the kitchen or gas container. Food and human waste enters the bottom of the biodigester, previously broken down by a macerator to accelerate the decomposition process. Bacteria in the tank release gas as they encounter the waste and due to the water pressure, the gas is pushed up rapidly.

The Niterói site now has three biodigesters: two that will process human waste and one that will process the food waste from the school. Construction on the biodigesters began in January and should be completely up and working in June. The molds have now been moved to Vale Encantado, a favela known for its dedication to sustainability. Solar Cities Solutions is now beginning work on the second set of biodigesters there, while plans firm up for potential third and fourth communities to receive them, potentially including Complexo do Alemão’s Verdejar. Catalytic Communities, also a partner in this effort, recommended these next three pilot sites based on research for its 2012 Favela as a Sustainable Model film and support of community sustainability initiatives in a number of favelas. Community partners for this pilot phase are sought that have already demonstrated commitment to sustainability principles. After the pilot phase, however, the molds will be available for community organizations city-side to implement their own biodigesters, and organizers from this pilot set of communities will have been trained to help.

The founder of Solar Cities Solutions, T.H. Culhane calls biodigesters, “the missing piece in urban sustainable development.” Biodigesters are a practical technical solution for areas that lack adequate sanitation and waste management systems or where they are difficult to implement due to logistical constraints. Furthermore, they take organic waste out of the street environment where it tends to breed insects, rats and other pests, reducing health risks, while they produce valuable fertilizer and cooking gas. They reduce the need for heavy trucks collecting waste, and keep biodegradeable waste out of landfills. They are a form of environmental education, teaching students and the community how energy-packed waste can be beneficial rather than a nuisance. And they have the potential to galvanize local residents around common pursuits.