For the original by Demerson Couto in Portuguese for Viva Favela click here. 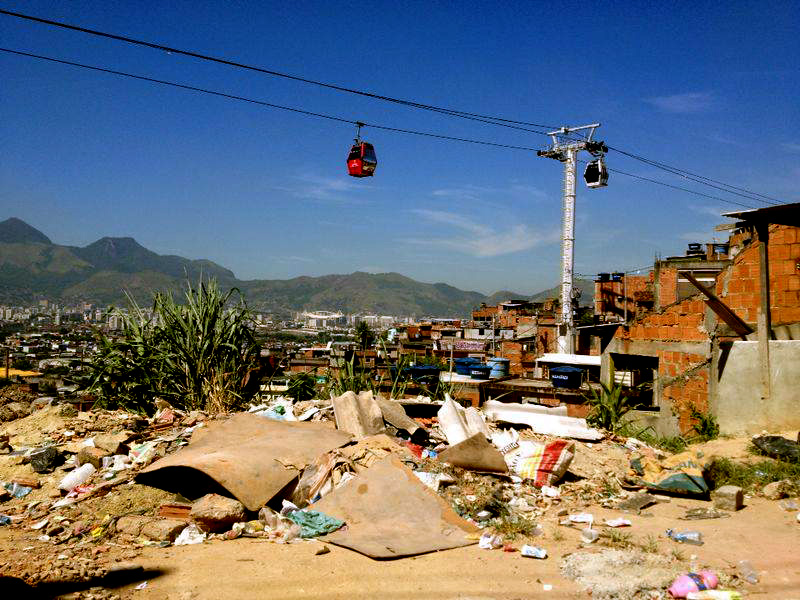 Vila Capão, one of the communities in Complexo do Alemão, could also be called “Villa of the Forgotten.” Around Capão, works debris from the Growth Acceleration Program (PAC) merge with open-air sewage and mountains of trash. “With the construction of the cable car, Complexo do Alemão has gained new life to those looking on from the outside. But for us, all of these works have left many marks and old problems continue to exist, such as flooding,” says 85 year-old resident, Alexandrina Brito, who avoids the alleyways full of mud. 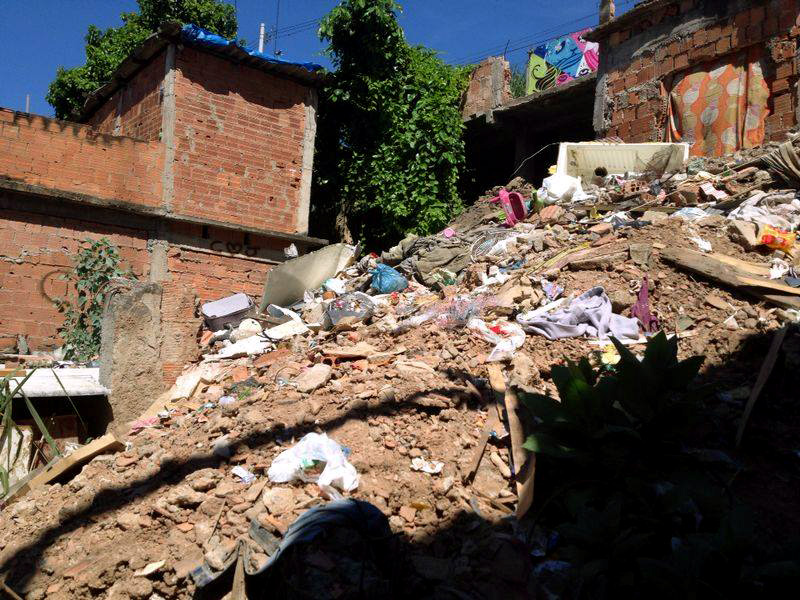 According to the residents of Rua da Assembleia, considered by some to be a part of Capão, PAC’s construction debris has sat accumulating for the past two years. The Rio de Janeiro State Public Works Company (Emop) says the material is the result of demolitions that began during PAC’s first phase (initiated in 2008), and will be removed during the “PAC Phase 1 completion works.”

Meanwhile there is another problem that could be avoided, together with the debris: trash. The plots of land that were partially abandoned by the PAC have become the residents’ new garbage dumps. According to Comlurb (Municipal Waste Management Company), the responsibility for these sites falls on those who are responsible for the construction itself, such as Emop. However, the company highlights that residents’ awareness with regards to the disposal of trash is a longtime problem. 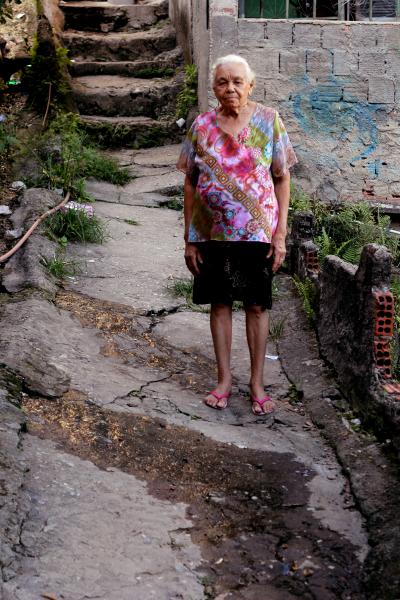 Yet residents point to deficiencies in the services provided by the government. They say there are no specific places to dispose of their garbage and as a result, they often resort to burning it. However Comlurb, via their press office, affirmed there is a base for the compacting of waste in Capão where residents should leave their trash. The company said it is planning a campaign to raise residents’ awareness so they dispose of waste in the correct place.

A further sanitation problem makes life difficult in Capão: sewage. Already an elderly woman of 85, Alexandrina Marcolino Brito is scared to leave her house because the sludge (caused by the jammed sewage) is a risk to her unstable legs. Maria José de Brito, 54 years old, states that many accidents happen because of sewage sludge. Together with the accumulated trash, the stopped up sewage attracts mosquitoes and rats which often invade residents’ homes.

A Case History of Abandonment 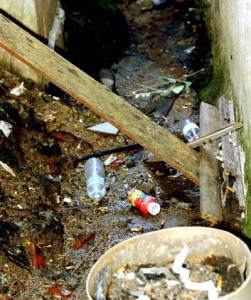 According to Lúcia Cabral, resident of Complexo do Alemão and coordinator of the NGO Educap, community leaders began improvising electric lighting and sewage networks in the 1970s and 80s. The government did not enter the favelas then. The first sewage mains were made of clay pipes and caused many problems. Only with PAC were some regions able to begin counting on a public sewerage system.

Trash collection was also initially carried out by the residents themselves. According to Lúcia, “community trash collectors” began to exist towards the end of the 1980s in Complexo do Alemão. They were paid by the neighborhood associations, and ended up burning the trash.