For the original by Junior Almeida in Portuguese on Viva Favela click here. 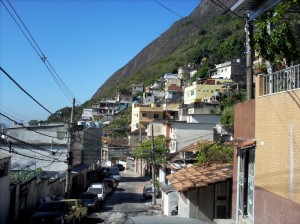 Despite the lack of official figures to prove the increase, the feeling among community leaders and residents of Ladeira dos Tabajaras and Morro dos Cabritos in Copacabana is that the population has increased dramatically, especially since the arrival of the Pacifying Police Unit (UPP) in 2010. Longstanding problems, such as the lack of access to healthcare and sanitation, have worsened with the arrival of new residents, who often come from the asphalt, or formalized neighborhoods.

At the favela’s João Barros Barreto Family Clinic, for example, the patient limit has already been reached. The last registration happened in 2011 and today, many people don’t have access. Danilo Ferreira, president of the Ladeira dos Tabajaras and Morro dos Cabritos Neighborhood Association recalls other services that don’t allow for the growing demand, such as water supply and sewage collection. The community leader says these networks are outdated and in dire need of repair and expansion. He estimates that since 1990, the population has increased by approximately 35% (with a particularly pronounced increase since the arrival of the UPP). 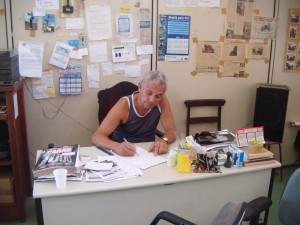 Daiane Almeida, Public Relations Representative for the UPP in Tabajaras and Cabritos, has also observed an increased demand for real estate, both for rent and for sale. According to her, the UPP itself is approached by people looking for houses or business spaces. “UPP breathes new life into communities, especially concerning development. Aware of such changes, the local government aims to engage in infrastructure works.”

However, the interference of public authorities in the question of population increase seems rather timid. According to the Municipal Housing Secretariat (SMH), the community has not undergone the land regularization process. Henceforth, as the land is not officially owned, regulations over new construction and renovation (such as the granting of occupancy permit certificates) do not exist. 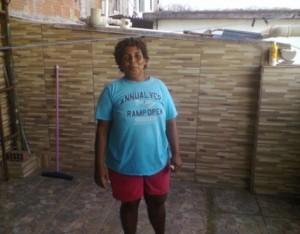 Due to this, new buildings appear in communal spaces and protected or risk areas. According to Danilo Ferreira, the City government has full knowledge of this but remains indifferent. Municipal Planning Secretariat maintains that it will carry out a “specific” service in the Tabajaras and Cabritos community.

Meanwhile, the construction of new housing or “puxadinhos” (housing extensions) generates income for many people. 51-year-old Maria da Conceição Borges intends to sell her Copacabana beach stall licence in order to invest in real estate. Maria, who has already built three properties in the area with her savings, further intends to build a shop. According to her, the income generated from renting the properties is enough to live a comfortable life. 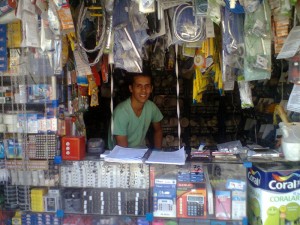 The search for houses and commercial space also generates income for the construction materials shop Bazar dos Cabritos. The salesman Fabrício de Oliveira says that the revenue, “with the wind in its sails,” has increased by 50% over the past few years. Despite the favorable effect the population increase has had on his business, Fabrício fears the lives of his fellow residents are at risk because of the irregular construction and lack of planning.

The low construction quality in the community doesn’t seem to have warded off potential residents of Tabajaras and Cabritos. This is the case with actor and theatre director Sandro Filizola who lives in Catete. He is looking for a house to move to in the community but has been astounded by the high prices–which he believes to be due to the increase in demand. He has found en-suite rooms for R$700 per month and apartments with a living room for R$1200. Nevertheless, for him the prices are compensating. “The cost of living in a favela continues to be more feasible. Another favorable factor is that in these cases the contracts are verbal or, at most, formalized at a Notary Office, sidestepping complicated bureaucracy and the need for a guarantor,” he says.

The latest official data for the population of Tabajaras and Cabritos is from the 2010 census, which counted 4,243 habitants. Growth in the community is visible, but only in the next census in 2020 will we know the true dimensions of this growth in population.