The residents of the few houses that remain in the community of Beira Rio, in Manguinhos, are being subjected to a brutal removal process, ongoing since 2009. They have been fighting for just compensation in the court system for several years, while surrounding homes have been left unoccupied and demolished, creating health and security problems. Despite the persistence and aggressive nature of the evictions of more than 1000 families in Manguinhos, the future of the large piece of land is unknown. RioOnWatch interviewed four of the eight remaining long-time residents about the significance of their homes, fair compensation, and how they think the barren and idle land should be used. 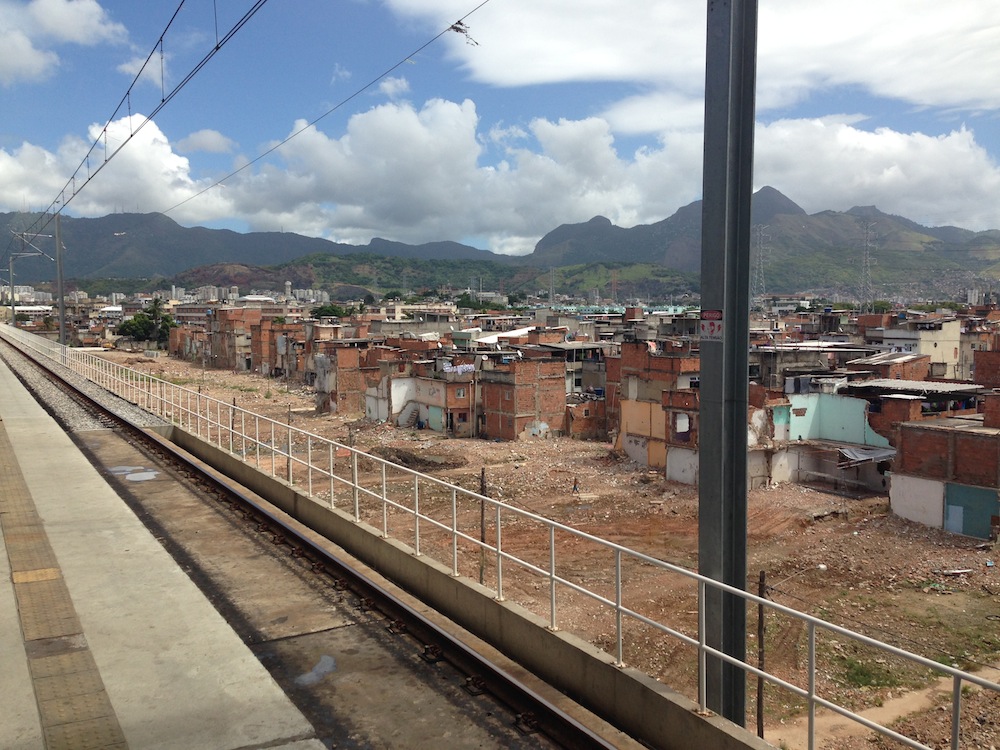 My house means everything to me. My whole existence, my learning experience. My friendships were built here. My whole life, everything I know I acquired right here. My house is very important to me.

A just compensation would be receiving enough so I could buy a house similar to my own, and that has access to schools, day care, the city center, and the same characteristics as my previous home.

I think we should stay. We have been here a long time. There are residents who have lived here for more than fifty years, and they have established a connection to this place. Our history is here. Let us dream about the possibilities around us! There should be a nursery, a family clinic, more places for community recreation centers, that would be really good. 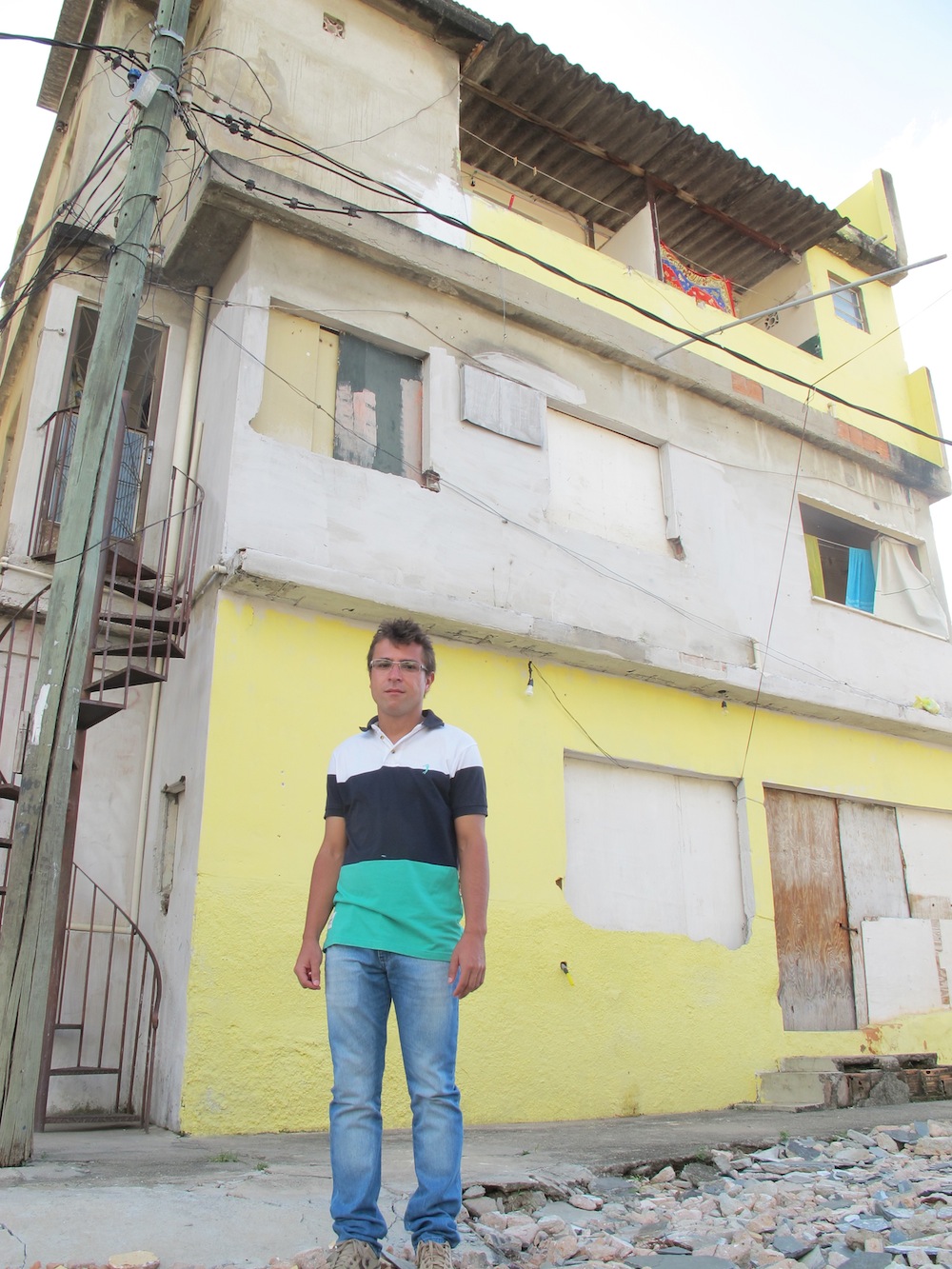 Now, after I lost my mother this past year with all of this….They speak so much about human rights–I would like someone to come here and explain to me what human rights are, because my mom had health problems, but she had her home, a house she struggled to build, and they came and tore the walls down while my mom was sick. He said, “I know your mom is sick, but the order is to tear the walls down, so they have to be torn down.” So what about human rights? She passed away. Because of that, I cannot wait for them to give me my compensation so I can leave. I want to forget this place. It doesn’t mean anything to me anymore.

If they had come to me in the beginning and given me a value, the same they gave to the other people, I would have already left. They left it to the last minute, and they want to give me R$40,000. I don’t think I can buy anything with that, people with smaller houses than mine were given R$80,000. I have been fighting for five years now, and they have not resolved the issue and we don’t know what will happen. From what I see here in Brazil, the law only works if you have money, you are worth what you have. The right way is the wrong way, and the wrong ends up becoming right.

I don’t have an opinion anymore on this land for one reason. After what happened to my mother and to me I want to be far away from all of this. In truth, I do not want to judge this land. 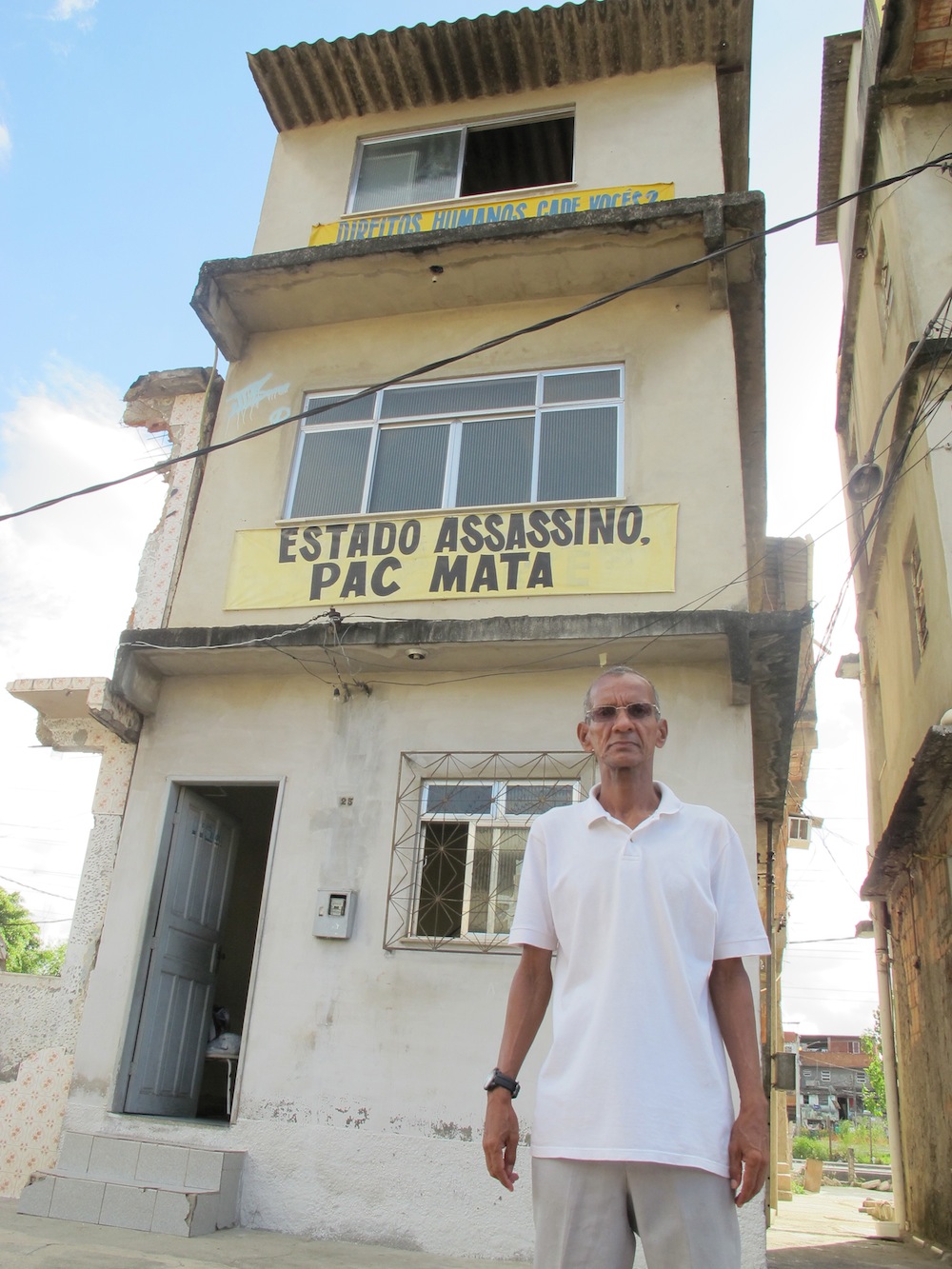 You can’t live without a house right? This house is everything I have. Another thing, I worked two jobs, one from 6 am to 7 pm and another from 10 pm to 4 am. I built this house with those two jobs. Before, this house was all made of wood, and I was the one that made it look like it does today. Now the government wants to come and give me R$15,000 to do what here?

If they came to me and offered a house, I could accept. Is it that difficult? Do I have to leave? I do. Therefore, give me a dignified house that is the same as my old one, it does not have to be better, just the same would be great. I just want a place where I can come home to after work and relax. The only thing I have is this house where I can come home, take a shower, lie down on the couch, read the newspaper or watch the soap opera, and rest to start the day all over again. They could be doing that here, but they don’t want to see that. They want to see you go crazy. I almost went crazy myself. I kept thinking, where will I go? They want my house and offered me R$15,000 five years ago. What would that give me? Now it has come to R$57,000. So I said, “buy me a house for R$57,000 and I will go where you want me to,” because with R$57,000 you can’t even buy a pig-pen.

It is my life. I believe it is my family’s backbone. If we did not have our own house, we would have to always pay rent or worse, live on the streets. At the present moment, it is my family’s primary accomplishment.

It would be an amount that would allow me to buy a house similar to my own within a one-kilometer radius. The law stipulates it. Unfortunately, it looks like the law does not apply to the State. The State is above the law.

This is a space that is very well located. I believe if they built something that would help the area and the city evolve, and the community could benefit without focusing on individual private profit, then it should happen. Upgrade the spaces, particularly in terms of providing housing, local businesses that generate jobs, and healthcare which people constantly demand. But the government is not interested in the population’s health. If you could do all that plus education, it would turn into something wonderful, but we know that won’t happen here. From a nursery school to a high school, from a health clinic to a hospital. There is space here to create a beautiful hospital. It was not necessary to destroy the neighborhood, but it could be a space for recreation and some public squares–but these have to be maintained. If you build nurseries, schools, hospitals, you’ll benefit millions of people. That would be ideal for this area. Let’s see, only the future will tell if that will happen or if it will only benefit the State or someone who is on the inside.