I went out to buy my father a belated Father’s Day present and thought I was going to suffer physical violence due to hatred of my hair. Today I live in a dangerous area of Rio de Janeiro, where conflicts between the police and drug traffickers happen on a daily basis. At any time. There are days when I can come home and there are days when I can’t. There are days when there’s a body on the street corner at 6pm. Here you can’t be off your guard, you can’t go around causing trouble or arguing with someone even when you’re right. Here you hear anything and have to stay quiet. You live based on the fear of speaking up.

I went to buy a little something for my dad at the square near my house when seven boys started humiliating me. I’d never seen them before. I didn’t even look at them. But just from stopping in front of them, they felt the obligation to make completely racist and sexist speeches at me. All related to my hair. From “go wash that hair” to “if her hair’s like that imagine her…”

I got out of there. Immediately. But the path was that one, I needed to pass near them. I passed by them again determined to act. It was all or nothing. They could hit me, that was the only thing I could think about. But I decided I wouldn’t raise a hand against them.

I passed in front of them. They were there, the seven of them. As soon as they saw me, “look at her!” they cried, alerting the other anonymous people near them. Of course, the more people look, the greater the embarrassment. And so they began another series of humilitating taunts. I stopped in front of them, tall, firm, and began to look into their eyes, one by one. In silence. I could feel the bitter taste in each of their mouths with each stare. Two couldn’t take it, and looked the other way. I stood still for one minute awaiting a sound. There was total silence. They were terrified. I reached into my bag, took out my cell phone and tried to turn it on. It wouldn’t turn on at all, it was dead. Within ten seconds, before I’d even put the cell phone back in my bag (I did all this while continuing to stare at them), not one of them was left. They took the first bus in sight. “We’d better get going,” one of them said. Terrified, eyes wide. They also feel fear. 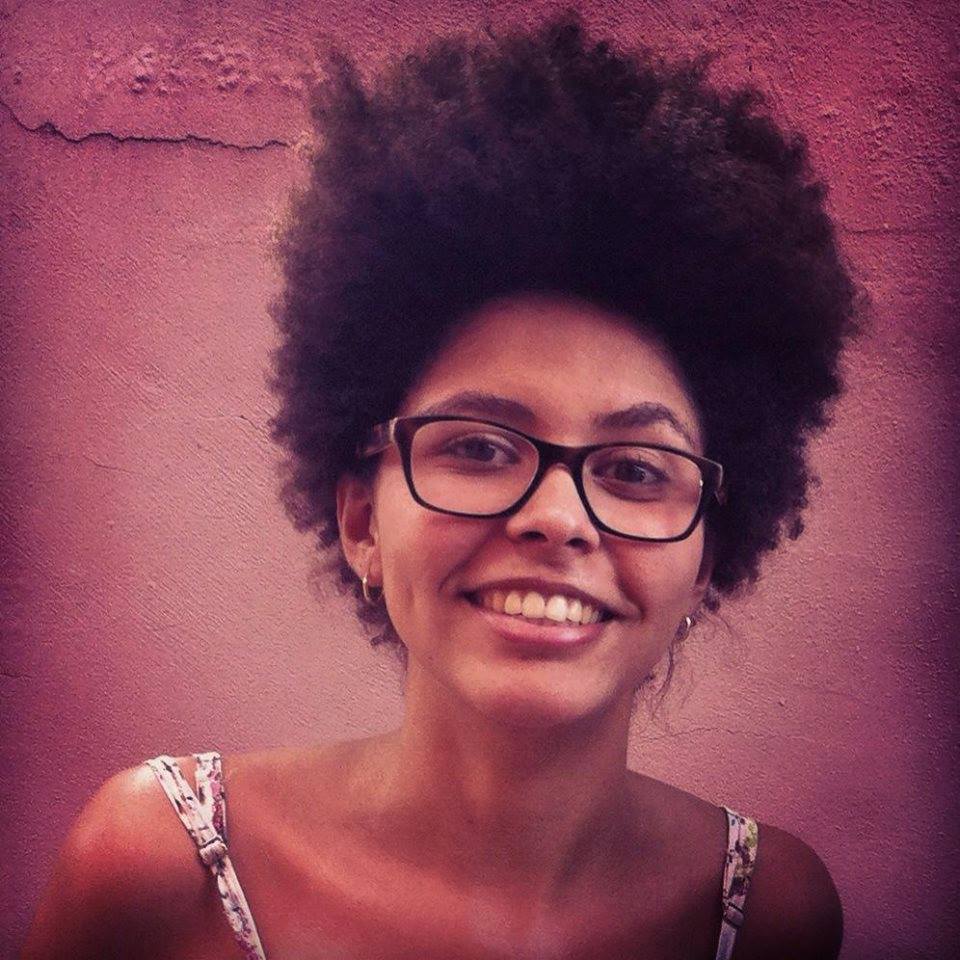 When we talk about public policies for black youth, we’re talking about this too. When we talk about self-esteem, people who will never understand if they don’t go through this situation–being humiliated in a public square because you’re a woman or man, a black woman or a black man, now free of sodium hydroxide after over ten years of physical pain–think that this is about superficial, external beauty, that which is fleeting and vain. But no. When a group of girls starts discussing race through their hair they are engaging in politics! When those people you say “complain about everything” ask that these kids, these black favela youth, engage more in the media, in the public sphere, on social networks, and occupy spaces they have the right to occupy, that’s also why. It’s nice to hear that visibility generates rights, but without policy it only generates hate. It’s cool to see it in the soaps, it’s nice to see on television. But here, in real life, it’s a different story.

I walked up the street sobbing. My father was coming down the street to pick up the roasted chicken and potatoes we were going to have for Father’s Day lunch. He was panic-stricken when he saw me crying. I said, “Seven boys humiliated me.” He said, “Did they hit you?” I said no. He responded, “Oh, my daughter, don’t weaken. Stay strong. You’re a strong woman, are you going to let this bother you? Go on home and I’ll go get the chicken there and be right back.”

But it does bother me. Not only because of what I went through, but because I know that those seven black boys, poor and from the favela, are humiliated on a daily basis by the State, by advertisements, consumed by hate acquired through the social pressure they encounter. This is the Rio that we have, this is our Brazil, a place where the dream of the black person is not to be black. There is a lot of hate, a lot of massacre in this city. How can a black person humiliate another black person? How can someone humiliate someone else they never saw in their life, who they’ve never exchanged one word with? There’s a long fight ahead of us. We have to continue strong, not leave our priorities behind. The fight is not for applause, the fight is not to make the society see black hair and skin as beautiful, but to see black people as PEOPLE. And to respect us. And respect our kinky hair, OK?

There, I’ve said it.

Yasmin Thayná is 21 years old, born in Vila Iguaçuana, Nova Iguaçu, in the Rio de Janeiro Metropolitan Region. She studies Social Communication and is co-founder of Nova Iguaçu Eu Te Amo (#NIETA – Nova Iguaçu I Love You), as well as a writer for Brasil Post. She’s written and directed over 10 films. Currently she directs the film Kbela and works at a design firm.