I was recently asked to write an essay to start off a debate about the importance of transparency, and its relationship to participation, in Rio de Janeiro, for the new civil society site Meu Rio. The debate was launched November 17th. Here is my full response. — Theresa Williamson 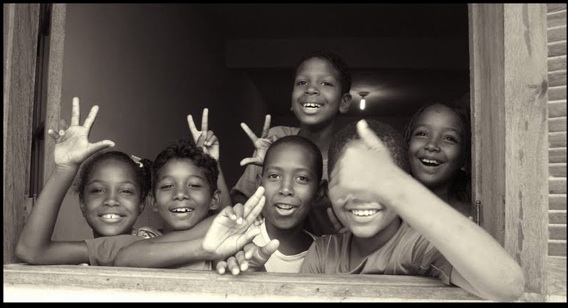 Everything we do should start with the question: Why? What is my objective? So that from that starting point we can focus on the appropriate means to reach our goal. In the case of what type of society we want for ourselves and our children, I presume that our objective is to achieve a society replete with realized citizens with the ability to choose, participate in and determine their own futures, each in a way that does not impose his or her desires or beliefs upon others. I believe that the lesser the inequality amongst us, the more satisfying life will be for all of us. I also presume that the more we do this peacefully and with respect and admiration for diversity and solidarity, the better the results. I start this post with this because I think it’s important we remain aware of the end goal when speaking of means. And transparency, and all related to it, such as participation, are rich in numerous qualities exactly because they are the appropriate means which carry with them the potential to accomplish this goal. They are the required foundation.

“All people have the government that they deserve.” This quote from the 18th century French poet Joseph De Maistre, is to this day used not to criticize the poor political leaders of the world, but to criticize those responsible for their rise to power.

But this phrase presumes many things. At the very least the people in question must have a minimum quality of life and access to literacy that allows them to reach the voting booths. But in reality, a lot more is needed. For a people to be truly responsible for their government, they need access to information. As economists like to tell us, unequal access to information creates distortions in the normal functioning of the market. And it is no different in the “market” of public opinion or influence. This means that transparency is fundamental in order for a society to be held responsible for its government. If not, only a few players have access to information and with that, make decisions that favor their personal interests, disinvesting the collective. That is why without transparency there is no true democracy. This also works on a continuum: the greater the transparency, the greater the potential for successful democracy. And it is also for this reason that the absence of transparency is a guarantee of inequality. 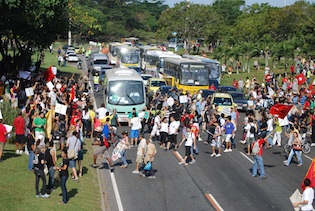 But what comes before and after transparency? What creates the conditions to generate transparency, while also guaranteeing that once it exists an impact is generated? Like all of us, transparency needs friends. What is transparency’s best friend and oldest companion? Participation. Without one the other doesn’t exist. Without the involvement of community organizers and activists creating pressure, following legal and political decisions, and creating their own channels of transparency, without social and alternative media networks, transparency among political actors simply will not come. Therefore, foremost we need means of participation created by citizens themselves. This being said, it is important to note that these means need to serve as examples of transparency themselves.

On the other hand, without transparency and the sincere good will of political leaders it is difficult to obtain the participation of citizens with little access to information. With that, participation is seen as the most essential base from which to guarantee the government we deserve.  Because without it, there is no transparency.  And without it, transparency is a fruitless means, without ends.

Let us take a quick look at the most talked about issue in Rio de Janeiro today: housing. From residents of Rio’s elite South Zone, many struggling to stay in their current neighborhoods due to abrupt increases in the cost of rent and purchase (or, in the case of owners, celebrating the sudden increased value of their patrimony)… to the inhabitants of the city’s favelas who, as a consequence of the heated housing market, are being catapulted from their homes through a series of urban interventions, evictions attributed to mega-events, or gentrification. In what way do opportunities exist for citizens to participate in the process that will determine the future of housing in their city? Clearly this is one the most important themes in an urban society. What are the opportunities to discuss them? 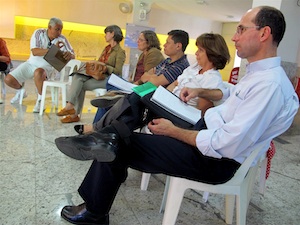 Unfortunately, opportunities to participate in the decisions being made on a large scale with regard to housing in Rio are scarce, minimally publicized, without follow-up, and without impact. This creates a sense of apathy and consequently a lack of desire to participate, since for a participatory process to be effective those involved need to feel that their participation will really impact subsequent decisions by public officials, something which has never occurred in Rio de Janeiro. It is likely in part because of this that the debate organized recently by a civil society organization–REDES de Desenvolvimento da Maré (Development Networks of Maré)–received approximately 250 people, ten times the number of participants in recent public meetings organized by the Municipal Secretary of Housing regarding the housing question in each of the city’s Planning Areas.

It is difficult for the population affected by the Municipal Housing Secretary’s (SMH) policies to believe in this or any other participation channel after their most effective defense organ, the Land and Housing Unit of the State’s Public Defender’s Office (NUTH), was dismantled early in the year, after having communicated with the International Olympic Committee the delicate situation in Vila Autódromo, a community holding title yet marked for eviction, and after receiving Amnesty International in Rio.

The correct thing to do is to maintain serious and competent institutions that provide for citizen defense, as NUTH did, while creating permanent, organic and sincere channels of exchange between the public sector and each neighborhood in the city, where all stakeholders are present, information is made available and transparency guaranteed, demands are made, all with respect for the process and for the others at the table, and with the intention of identifying sustainable, participatory and democratic solutions for society as a whole.

The international concept of “participatory planning” was inspired in part by Brazilian educator Paulo Freire. Throughout the world, and in other parts of our country, permanent, organic and sincere planning processes are developed. The result?  The greater the degree of effective participation, the greater the chance of a project’s success, due to the opportunity created by having access to information about the consequences of a project that only a local could know, because of the sense of belonging created through the participatory process, the buy-in and dedication to the project (including its maintenance) generated by citizens who are engaged in decision-making, and various other factors.

All cariocas (Rio natives) are today amply capable of debating and influencing the decisions that affect them. The patronizing tone that characterizes populist public policies no longer has a role to play, nor is it welcome, in an interconnected society, where information flows and creativity is so prevalent. It’s high time Rio firms itself as a participatory city, grounded in absolute transparency.