A football team in Complexo do Alemão in Rio’s North Zone could lose their chance to play in the national soccer tournament “Bicampeonato Fut7” if they do not secure the funds they urgently need. The tournament, which will take place from July 23-26, is in Brasília and the Alemão Soccer Club under-17 division does not have enough money for transportation to, or accommodation in, the capital.

The team’s coaches, all of them volunteers and residents of Complexo do Alemão, train girls and boys in the community between the ages of seven and seventeen. According to coach João Luis de Araujo Perez, 42, the team has helped several young people from all across the community to start soccer careers, including Alex Silva who today plays in the Czech Republic and Vitinho who plays for Internacional, a Brazilian team based in Porto Alegre.

João Luis, who has been a volunteer coach for 20 years, explains that all the other trainers are also unpaid and that the project was created to help children in Complexo do Alemão.

“Our team is over 25 years old. It was started by our friend João Augusto and I’ve been part of the project for twenty years. We’re doing it purely out of love. We don’t have any help from the State or City government. We’ve always just worked for the benefit of the children of the community.”

Despite the love and dedication on the part of the volunteers, the team is facing difficulties in reaching the tournament in Brasília. The community organized a feijoada meal on Saturday July 11 and raffled an official t-shirt from the Rio de Janeiro-based soccer team Flamengo, signed by soccer player Adílio, but they still haven’t reached their funding goal one day before the trip. The team, already national champions in their age division, still need R$1,800 (approximately US$550) in order to make it to Brasília.

“I’m really sad because I think we’re not going to be able to make it,” said João Luis as he left a meeting with the team on the evening of July 21. “We still need R$1800.”

Donations can be made to the team’s Bradesco bank account (agência: 2043-5 conta: 0038 776-2) and the team can be contacted via their Facebook page. Catalytic Communities, the US 501[c][3] nonprofit that runs RioOnWatch, can act as fiscal sponsor for those who would like to make a donation online here. Simply message donate@catcomm.org informing us that your contribution is earmarked for “Alemão soccer.” If the goal is not reached within the next 24 hours, the money raised will be put towards other costs related to the team. 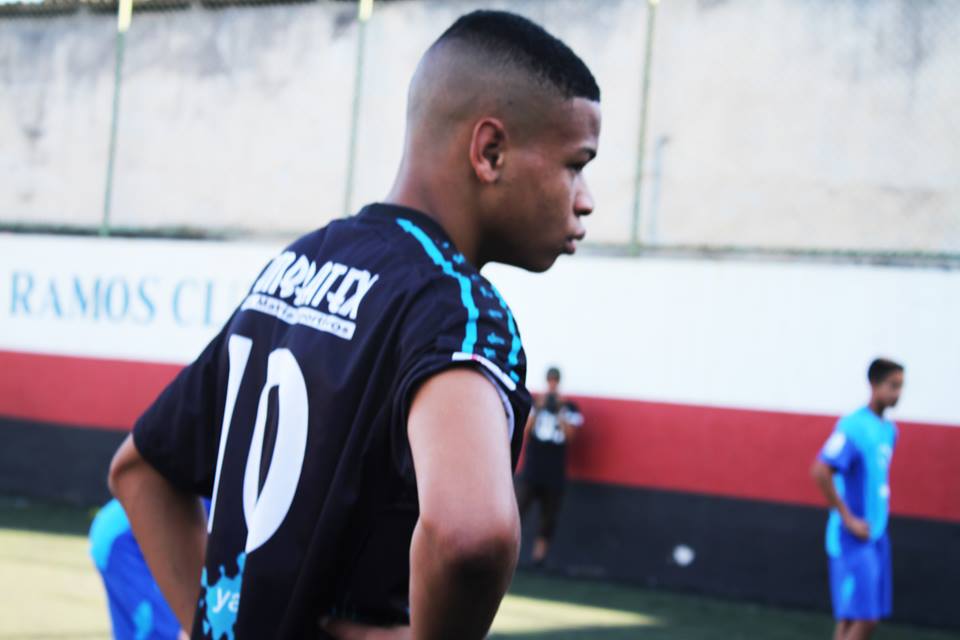