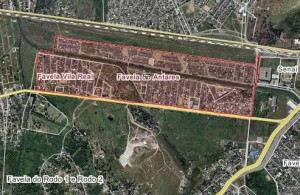 The distance from the city Center of districts like Santa Cruz, Campo Grande, Bangu and others in Rio’s West Zone have always resulted in delayed development of the region, even with regard to programs designed for the urban periphery. Government neglect over many years spurred a group of residents, primarily from the Antares favela in the district of Santa Cruz, to organize themselves back in the 1980s to claim their rights as citizens. Over the years, and with the inclusion of new community leaders, the group solidified, institutionalized, and initiated what is today one of the first and only movements for self-assertion and empowerment of the people of the favelas exclusively in the West Zone of the city.

CAMPO (Center for the Support of Popular Movements of the West Zone) focuses on three areas of activity, which, since the founding of the NGO, have been considered the region’s most problematic: health, education and youth. With programs targeted to these areas, CAMPO was able to form partnerships that enabled expansion and to experience increasing youth participation, as recounted by the Youth Program Coordinator, Bárbara Cristina, or “Tina:” “Many young people were participating and seeking spaces to have a voice, and then the institution realized that it would be able to mobilize through youth.” In 1990 youth gained more space within the institution and were defining themselves as the key element that would propel CAMPO. “The young person participated, discussed issues, and then realized that this group could be something more than just a meeting of young people,” Tina continues. The Youth Center, a program aimed at youth participation and leadership, was then created, offering them the knowledge needed to achieve their goals. 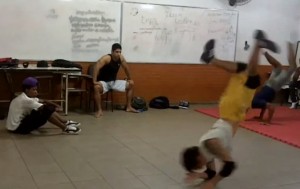 In order to expand its breadth of participants, CAMPO sought a language that would appeal to young people, and so began the strong link between the NGO and hip-hop. “In the communities of the West Zone, hip-hop reaches young people, especially those who don’t leave the community and lack access to education or culture.” With difficulty operating in favelas run by the drug traffic, the Youth Center utilized hip-hop as its main tool for bringing young people together. Rap, DJ, break dance, and graffiti art workshops, as well as all activities of the institution, are conducted in a two-story house on Rua Camanducaia, in the center of Campo Grande, an area less disputed by community leaders or even the trafficking itself.

Tina was also one of the young people who benefitted from the program and explains how her development took place: “I realized I could choose other paths, I identified with the hip-hop project, from a teen (project beneficiary) I became the project coordinator and then chose to do social work. The institution gave me the means to choose a profession, it provided me with an opportunity to enter college and today I am the Social Worker at the Youth Center program.” Tina is one of the great examples of a turnaround that CAMPO has had in changing the lives of so many young people over the years. 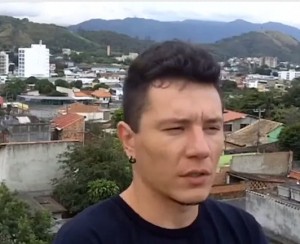 Robson “Robinho” Brito Ribeiro, 28, former resident of Santa Margarida, joined CAMPO in 1996 and relays how he approached hip-hop culture: “One day in the street we were skating and we saw some guys throwing themselves on the ground like crazy people and then we said, ‘man, let’s do that back at the Youth Center!’” and the result was one of Robinho’s best memories. “Our craziness attracted a lot of people.” Robinho also noted that the basic education he learned in the project was extremely important for his professional growth. “We did not have a great family structure; we did not know to say, ‘excuse me,’ ‘good morning,’ or ‘please.’” This course opened doors and our minds in an amazing way!” Robinho is one of the few of his generation in the Youth Center to have pursued a career in dance. In 1999, feeling he needed more than the institution could offer, he made a change that he considers the best decision of his life: “I went to a State where you live and breathe culture: Brasília.”

Upon his return to Rio de Janeiro in 2003, Robinho brought information that caused a new “boom” in the project. His absences because of new trips became frequent. “The son returns home,” jokes the dancer, remembering the famous adage that fits well in his situation. Robinho became a professional dancer and now alternates his personal projects with classes at CAMPO, but through both he continues passing on the culture acquired in his home institution, which he believes can save the lives of many young people of the favelas, himself an example.

Watch the video about CAMPO!