All citizens should be aware of their rights and what they can do when they are violated. Unfortunately, information on what resources are available is not always effectively communicated. Below is a brief summary of some of the rights guaranteed by laws in Brazil, and how violations of these rights can be denounced in the city of Rio de Janeiro.

According to Law n˚11.445, implemented on January 5, 2007, all Brazilian citizens have the right to basic services such as drinkable water, adequate sewerage infrastructure, and basic waste management to ensure a standard quality of life for all. These services should be provided in a way that is adapted to the local environment. They must be provided with transparency and allow for social control of the services, as well as abide by basic environmental regulations such as moderation of water usage.

In cases of inadequate water provision, Rio residents should file a complaint with CEDAE (the State Water and Sewage Utility). CEDAE is charged with implementing projects to facilitate water transportation throughout the city. CEDAE requests that customers denounce a lack of water, leaks, wasting of water, and more. Rio citizens can also report water issues by calling 1746 or using the 1746 website, or anonymously via the City’s ombudsman webpage.

Article 144 of the Brazilian Constitution addresses public security, saying it is both the duty of the State and the right and responsibility of all citizens. Despite the high rates of police killings in Brazil, various constraints are in place to limit police violence, at least in theory. If a firearm is used, for example, officers must be able to prove it was used against an armed person who posed an immediate threat to public safety. 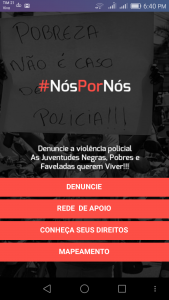 In cases of police violence or abuse of power, Rio residents can use the Nós por Nós application developed by the Rio de Janeiro Youth Forum, which allows witnesses to submit videos, photos, texts or voice recordings with evidence of police brutality, which are then transferred to the appropriate institutions who can respond to the particular incident. Through the app, citizens can also access information on their rights with regards to police violence. Download the app here.

With DefeZap, an online network developed by advocacy group Meu Rio, users can submit videos denouncing illegal violence by state officials. These videos are then analyzed and grouped with other materials relating to similar offenses. Users have access to protocol numbers for each incident. The network can also be used by journalists to gather information on state violence.

A new initiative to map shootings of any type across Rio, Fogo Cruzado’s app, homepage and Facebook page provide information regarding fatalities, people wounded, and the locations of shootings. Weekly summaries provide comparisons between Fogo Cruzado’s own data crowdsourced from contributors and the records in official police reports. Launched by Amnesty International Brazil on July 5, 2016, the project was a key tool for documenting and drawing attention to continued shootouts and fatalities during the Olympic Games.

Law n˚11.340, more commonly known as the Maria da Penha Law, was implemented in 2006 and is meant to protect women from domestic violence. Article 2 of the law states that all women, independent of class, race, ethnicity, income, sexual orientation, culture, educational level, age, and religion, have the right to have their mental and physical health protected, as well as their moral, intellectual and social development. The law promises police protection and medical care options to victims of domestic violence, as well as other assistance to get women into safe homes. Keep in mind, however, that like all the laws mentioned in this article, the law on the books is not always consistent with its real-world implementation.

In cases of domestic violence, women living in Rio or other cities throughout Brazil can turn to a Woman’s Defense Station (DDM) or the Specialized Station for Assistance to Women (DEAM) as part of the Maria da Penha Law. These are special gender-focused police stations supporting women. Additionally, victims or witnesses can call the hotline number 127 to denounce incidents of domestic violence to the Public Ministry of Rio de Janeiro. They can also do this through the Ministry’s website. 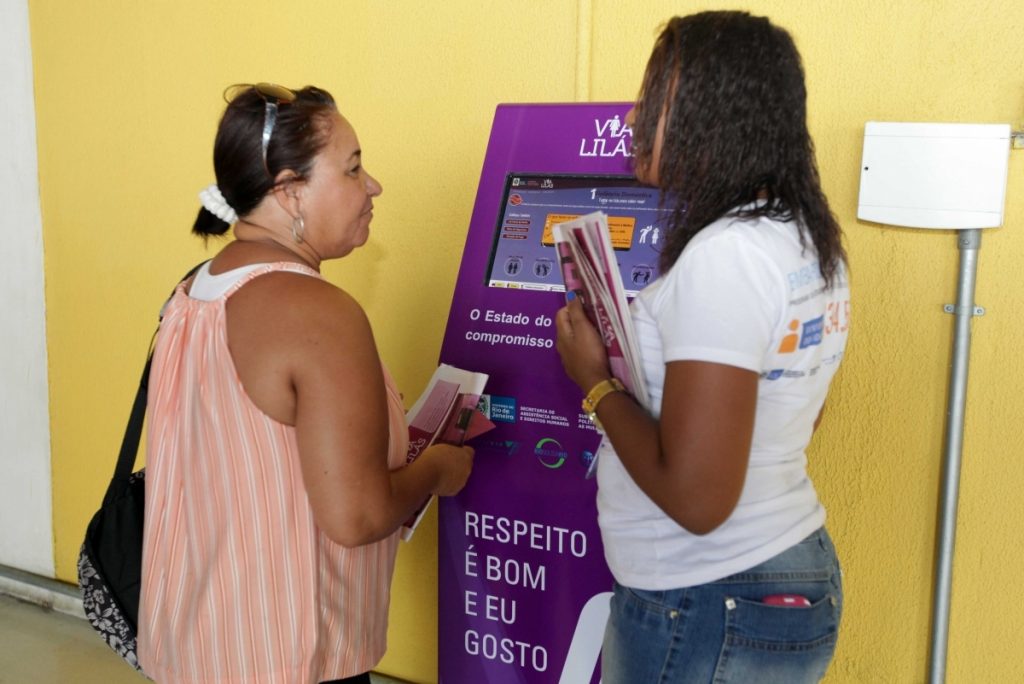 RioSolidário, a Rio-based NGO, launched the Vila Lilás project to help women find help in cases of domestic violence. Associated with the State Secretariat for Social Assistance and Human Rights, the World Bank, Supervia, and the State Transport Secretariat, Vila Lilás consists of interactive computerized kiosks located at select train and cable car stations that provide information about a woman’s right to protection and access to addresses and phone numbers they should contact depending on their needs and location in the city. Furthermore, as women anonymously enter information about their domestic abuse cases, the database stores the data to inform government services about the type of support needed by women in various locations.

Law n˚8.072/1990 defines heinous crimes and includes acts such as homicide, corporal lesions, extortion, rape, or other forms of sexual exploitation of children, adolescents, or vulnerable persons. These crimes are all punishable by law with up to 15 years in prison.

Mapa do Acolhimento, an initiative started by mobilization NGO Nossas Cidades in collaboration with Meu Rio, was created with the hope of helping victims find the help they need. The service provides information regarding women’s rights, so that these women can learn about their resources, but also a support network of volunteer psychotherapists who offer free services to help victims of sexual abuse.

Safernet is an online hotline platform that can be used to denounce crimes and human rights violations. The platform is supported by the government as well as private partnerships, police and judicial authorities. Users can send images, videos, texts or any type of material that can be used as proof of a violation. The website offers multiple categories of crimes to denounce, including child pornography, racism, xenophobia, neo-Nazism, animal mistreatment, religious intolerance, homophobia and human trafficking. The site accumulates all reports to keep statistics on the types of crimes committed and denounced throughout Brazil.

The Federal Public Ministry also provides the option of denouncing various types of crime online, anonymously, through its website.

As publicized throughout the city, Rio residents can, at any time, call Disque Denúncia on 2253-1177 to denounce a wide range of criminal acts such as child abuse, money extortion, drug trafficking, homicides, gambling, falsification of citizenship, and others. Disque Direitos Humanos—specific for human rights abuses—also passes on information and orientation regarding actions, programs, campaigns, rights and protection services to those who need it. Victims of human rights abuses can call Disque 100, a phone hotline that is in service 24 hours a day. The service is run by the national Secretariat for Human Rights. It specifically serves vulnerable groups such as children and adolescents, the elderly, people with deficiencies, LGBTQ communities, people living on the street, quilombolas, and indigenous people, among others.

Finally, if none of the local or national resources available suffice to denounce the human rights abuses that are taking place, Brazilian citizens have the option of denouncing these abuses directly to the United Nations here.

Brazil has ratified the following international human rights treaties, meaning any violation of the rights outlined within them can be denounced to the federal government or by international organizations and other ratifying countries:

If you know additional hotlines or resources for denouncing human rights violations in Brazil, please contact us at contact@rioonwatch.org so we can add them to this post.