Teacher discontent and demoralization in Rio de Janeiro is growing. After four months, a strike coordinated by the state teachers union recently ended. The striking teachers were demanding an increase in wage and more investment in education. While many gaps exist within the education system in Rio de Janeiro, teachers and school professionals are creating their own solutions to ensure students’ success.

While education is a popular profession in Brazil, some teachers don’t feel prepared for the job after graduating. A recent study conducted for Todos Pela Educação, an education NGO, found that teacher training courses in Brazil are very theoretical, as opposed to practical courses which prepare teachers to work in classrooms.

Not all teaching courses are equal. Zena Eisenberg, a professor of education and psychology at the Pontifical Catholic University (PUC) of Rio de Janeiro, explains: “The number of teachers that are graduating with a degree, but a very poor degree, is huge. They are going into the classroom, they’re dealing with children, and they don’t know what to do. They don’t have the training.”

Josimar Rosa, an English teacher at that state school CIEP Elis Regina says he felt prepared to teach in an ideal classroom, but not in the reality of his school in Maré, a favela in Rio’s North Zone. The prospect of teaching in favelas, like Maré, represents a further challenge for teachers.

The problems begin with the placement process. When applying for a job in a state school within Rio, teachers select an area of the city where they’d like to work and receive a list of choices to pick from. For new teachers, those schools are usually located in favelas that lack adequate school staff. Despite a huge diversity in the 1,000 favelas in Rio de Janeiro, stigma around violence, drugs, and crime prevails, and teaching in a favela is sometimes the first time a teacher enters a favela.

The process places teachers to work in areas with different socio-cultural groups, often facing a different reality to their own, even for teachers from the favela. Monique Silva, a lifelong resident of Maré and teacher at CIEP Elis Regina says, “When I came to work here, even though I had lived in Maré the whole time… it was a reality that in a way wasn’t part of my reality. There are various Marés within Maré.”

Teachers in favelas receive a small bonus and can request to be moved to a different state school after a few years, resulting in a high turnover rate of teachers that can disrupt stability for students.

Within the same school in Maré, teachers said violence was their biggest challenge. The school is located in an area between sectors controlled by two different gangs. Conflict between the two, as well as operations by the Military Police, cause the school to cancel classes or close early, meaning students in the favela get less time in the classroom. Maré has a tumultuous relationship with security forces. The military occupied the community during the 2014 World Cup, and now the Military Police routinely conducts operations in the community, invading homes. Luiz Lorenço, a teacher at a different school in Maré, explains that these operations negatively affect education in the community by creating a difficult study environment.

To work around these challenges, CIEP Elis Regina’s administrative staff arrives early every morning to assess the security situation and decide whether or not to open that day. In order to guarantee this assessment time, the school petitioned to delay their start time from 7am to 8am. When the Military Police plan a “surprise” operation within Maré, administrators can decide to close the school early, ensuring both teachers and students are out of the area. While both gangs and police respect the school, teachers reported instances where they were trapped in the school during a conflict, unable to leave.

Violence in the community affects students even when they are not in school. In an interview in 2013, Susana Sá Gutierrez, another teacher at CIEP Elis Regina, explained the “chaos” in her classroom after a police operation resulted in ten deaths in Maré. She said students were upset and “insisted on spending the entire time talking about what had happened that morning—the beatings, the shots, knives in the throat.”

Many teachers also feel that the curriculum is a problem in Rio’s educational system. With different mandates from the federal, state, and municipal governments, teachers are not always sure which guidelines to follow. Rio de Janeiro uses workbooks for each grade level, and not all teachers are trained to use them. Early this year, when students began occupying high schools, they found classrooms full of such materials. Some in the educational community speculate they were unused because teachers did not know how to use them.

If teacher preparedness is questionable, lack of teachers is a precursory problem. Suzanna da Silva, a mother of six in Vidigal, a favela in Rio’s South Zone, describes the lack of teachers in public schools in Vidigal, saying, “The teachers miss class more than the students.” Four months of a teacher strike augmented this problem. 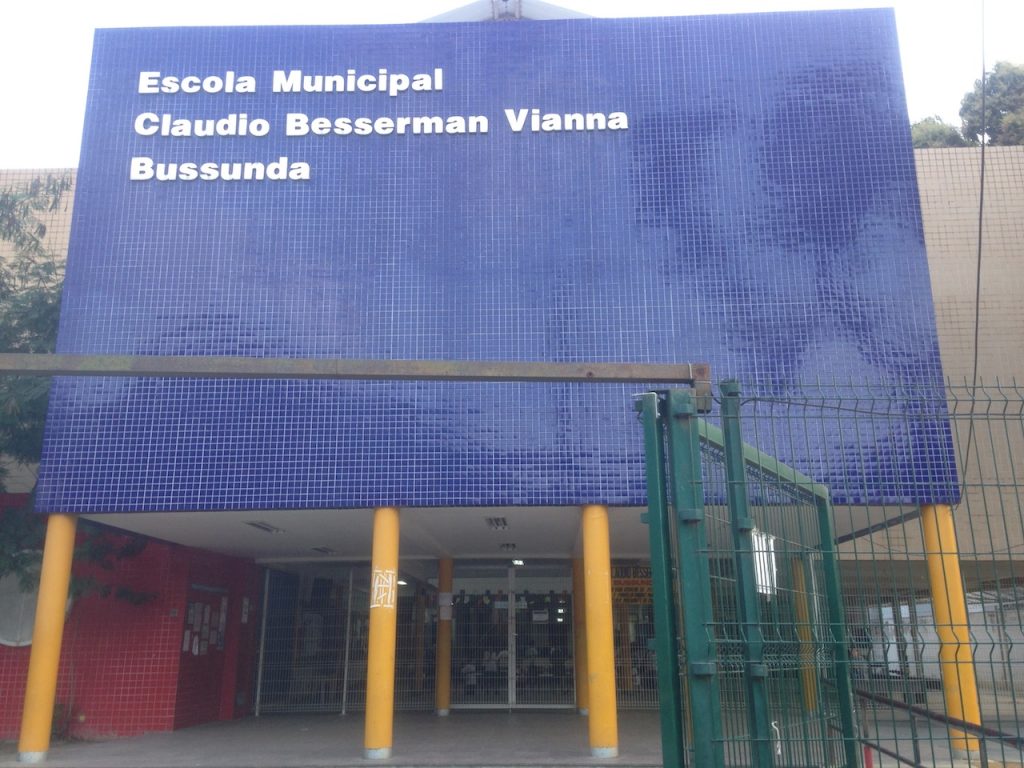 Maria Aparecida Rocha de Camargo, coordinator at the Claudio Besserman Vianna Bussunda school in the West Zone community of Rio das Pedras describes a similar lack of teachers. “We started the year missing nine teachers,” she says. This resulted in a class staying home for two months. The school’s solution was to have teachers cover extra classes until someone could be found to join the staff.

Lack of schools is another problem, resulting in large class sizes. The Claudio Besserman Vianna Bussunda school serves 1,300 students from grades 1-5. However, it is running over capacity, hosting three sessions a day. Schools in Brazil usually hold a morning session and a separate afternoon session, but to accommodate the large number of students, the school also hosts an evening session that runs from 4pm to 7pm every day.

Teachers frequently make sacrifices, from small to large. Dorotéa Frota Santana, coordinator of SEPE, the state teacher’s union, describes the lack of resources in schools, saying: “At the beginning of the year, the teachers have to buy markers to write on the board.” She describes her experience teaching in City of God for 28 years, describing how the lack of security and abandonment by the government “emotionally affects” the teachers.

Government investment is a tense topic among some teachers, who have not received an overdue, legally guaranteed pay increase since 2014. In June, the governor of Rio de Janeiro state declared a “public calamity” over finances. Despite the crisis, investments in the Olympics continued. “Everything is more important than investing in education,” says Silva in Maré. “They end up investing a lot in [mega-events] and education is seen as less important. There are a million things to do in the school and we don’t have investment.” 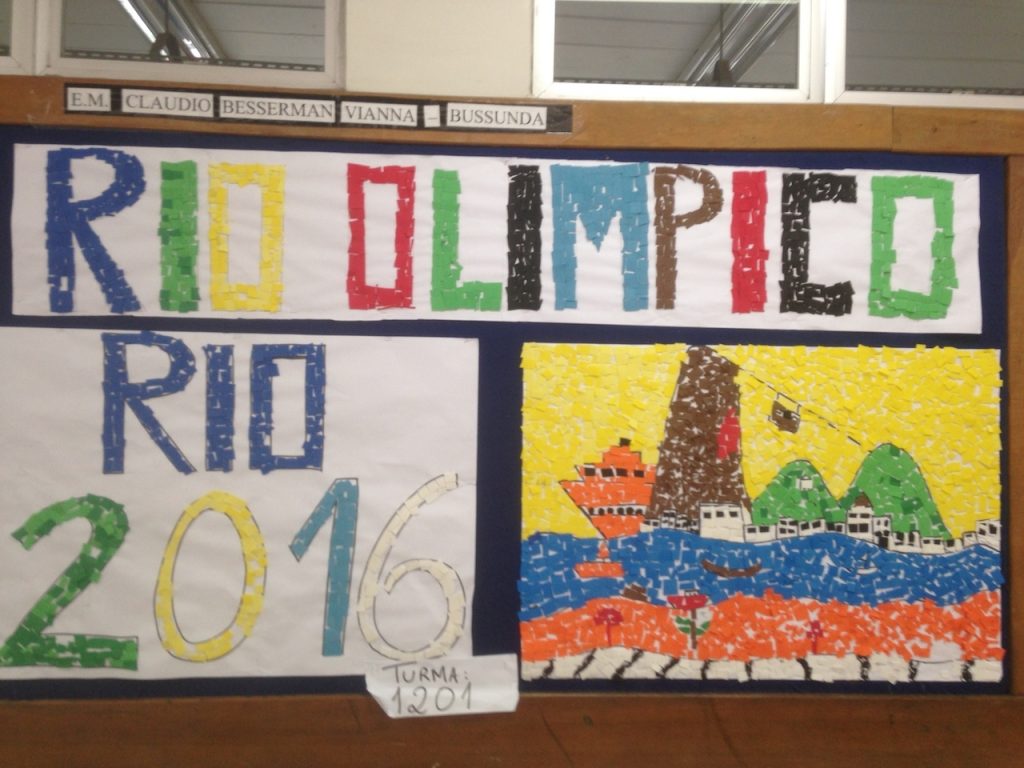 Teachers have their own ideas about what investments they’d like to see in Rio’s education system. “[The government] invests in these big events, and education and health get abandoned. They are essential areas,” says Santana. She’d like to see upgrades in the school, like air conditioning, and the construction of more schools to address the large student population. She’d also like to see more appreciation of teachers, “professionals who are there day-to-day.”

The teacher strike aimed to address teachers’ discontent. Teachers successfully demanded the end to SAERJ, one government-mandated test. Negotiations between the teachers’ union and the government continue; the strike ended July 26. Before the end of the strike, one teacher committed suicide.

Despite the challenges in front of them, many teachers feel positive about the future. “I feel like I can make a difference,” says Silva. “Even if it’s a small difference.” When asked if she felt hopeful about the future, Santana said, “Certainly. I fight every day.”

“Education is the base of everything,” according to de Camargo in Rio das Pedras. “Without education, nobody would prosper.”

Raven Hayes is a graduate student in the Latin American, Caribbean, and Iberian Studies program at the University of Wisconsin-Madison. Her research focuses educational development and the intersection of schools, poverty, and community.