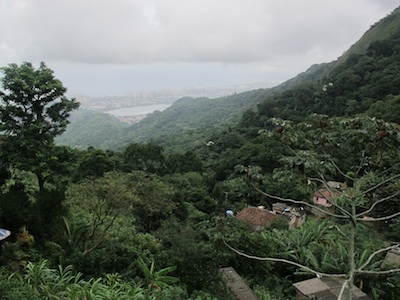 Nestled amongst the trees in the Tijuca Forest—the largest urban forest in the world—lies a community where the forest has grown around the houses and residents care for it, creating a natural and hidden refuge from the bustling city of Rio de Janeiro surrounding below. The community of Vale Encantado, or Enchanted Valley in English, began over one hundred years ago as a rural community where residents worked on nearby farms and plantations. Later on, the land nearby was used as a stone quarry which closed in 1962. Today it is a community determined to survive under the gaze of real estate developers who argue residents do not have the right to the land, despite generations of families living there.

Seu Francisco, who has lived in Vale Encantado for 73 years, said life in the community has never been easy. Growing up, his house didn’t have electricity or running water, and he slept on a bed of banana leaves. He was forced to stop his studies due to the family’s unstable economic situation. In addition, the community’s location within the forest, despite being in the heart of the city, makes movement difficult even to this day. The nearest bus stop is five kilometers away. The other option is alternative, “precarious” transportation provided by one of the members of the community.

Yet despite many difficulties the community has survived and residents are enamored with it. It is a close-knit community of 140, made up of hard workers with a passion for preserving the environment. “I feel happiness when I look at the forest. When we leave I’m crazy to come back,” stated Seu Francisco. The community cares for the land and the trees, and it comes together to protect it. 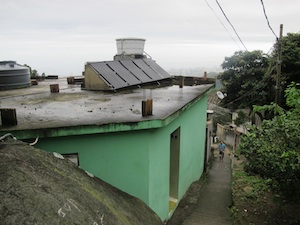 The residents have begun creative and sustainable projects to preserve the environment as well as improve their own livelihood. They grow many of their own organic vegetables and fruits on the land, in public rights-of-way where everyone can pick and eat. Many of these are cooked in unique combinations and served to visitors who come to witness the sustainable community. They do not expand their houses because they realize that more construction would lead to destruction of their environment. One house had solar panels installed last year, as a pilot project for expansion to the rest of the community. 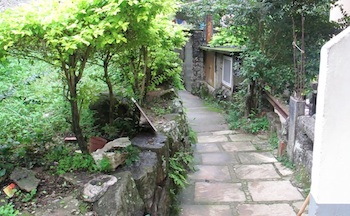 Residents have plans to implement suspended vegetable-gardens made of bamboo structures. The gardens will generate food for residents, as well as tourists who come to visit the sustainable community. This project will hopefully turn into a model they can share with communities nearby.

Vale Encantado is positive and optimistic about the future. From solar panels, to treating sewerage, the opportunities to improve sustainability are endless. They will also be hosting a music festival, Festival Encantado, from June 15-17, prior to Rio+20 to showcase the talent and potential of local residents.

Otávio Barros, President of the Vale Encantado Cooperative that coordinates sustainability initiatives and tours in the community, said that it is important to show neighborhoods across the city that it is possible to develop this type of work by modeling it in smaller communities. Developing the land for the profits of larger construction companies and condominiums would destroy the delicate balance residents have worked so hard to maintain.

Vale Encantado is one of eight communities to be featured in Catalytic Communities’ film, “Favelas as a Sustainable Model,” to be launched during the Rio+20’s People’s Summit in June. 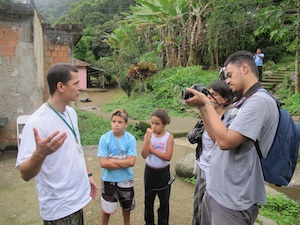 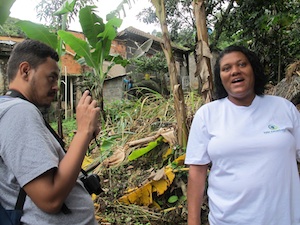