For the original article in Portuguese by Felipe Betim published by El País click here.

Our attention must be on double-duty to follow Jacqueline Muniz’s quick but precise reasoning. An anthropologist, political scientist, and public security specialist at the Fluminense Federal University (UFF), she talked to EL PAÍS at a cafe in Rio de Janeiro’s Botafogo neighborhood, discussing the federal intervention decreed by President Michel Temer and approved by Congress. “Employing the army in Rio is a theatrical operation of high cost and low effectiveness,” she explains, drawing on her expert knowledge of the armed forces and police. “The army was never employed on the streets as much as it has been under democratic governments,” she adds later.

In addition to conducting fieldwork within the security apparatus, accompanying and analyzing patrols and operations, Muniz worked at Rio’s State Security Secretariat in the late 1990s and at the Ministry of Justice in the early 2000s, helping create the National Public Security Force. Today, she works with the State Prosecutor’s Office, teaches classes—including to police officers and soldiers—and, since last week, has found unexpected fame. One day after the announcement of the federal intervention, she gave a live interview on the GloboNews channel that went viral on social media because of her forcefulness in criticizing the measure. “I have received thousands of messages from people either saying that I nailed it or cursing me,” she says, laughing.

During the interview with EL PAÍS, Muniz used the same precise and ironic style to give a detailed analysis of the capabilities and intentions of the armed forces in regards to the intervention in Rio. She attracted looks and attention from those surrounding us. Some recognized the specialist and asked to take a selfie, while others joined the conversation to make observations about the decree. Read some excerpts from the interview, divided into thematic blocks, below. 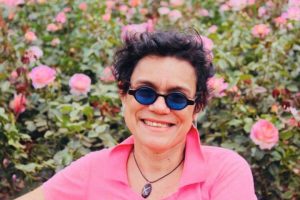 “The army is made up of young, inexperienced boys who have been trained for troop action, as static blocks, not for individual decision-making. What are the police? The police are a measured force. What are the Armed Forces? They are waiting for action. The police? They act in real time, before, during, and after. They make decisions in the here and now based on fear, uncertainty, and real danger, because criminal dynamics are causal and shifting. The Armed Forces deal with war, and you cannot afford to have individual decision-making in battle. You have to have a command, which gives the absolute orders. If I am a soldier and I see a robbery, will I wait for a commander to give orders? The problem of putting the army on the streets instead of the police, as in Complexo da Maré [between April 2014 and June 2015], is that you lose the ability of commanding troops, they do not know how to decide individually. The soldier is not prepared for individual decision-making. This makes him vulnerable to risks, more easily co-opted by corruption, and more susceptible to enacting violations and abusive use of force. No wonder the commander-general says this decree is reckless. It is.

And it’s no use preparing them for policing. It’s as if you took the police and thought they were fit to act as a tactical body, like an armored unit of war. You sabotage the institutional culture, the ethos, the identity, and you are making it vulnerable inside and out. The likelihood of the army producing operational risks is very high, but not out of bad faith. The employment is inadequate. The logistics of the Armed Forces is inadequate for the tactical mobility needed in the urban setting. You put a cannon on the beach of Copacabana, and a guy passes by and steals a girl’s necklace. What does the cannon do, shoot and destroy everything? You can’t do anything; it’s just for show. Imagine a soldier at the Aterro do Flamengo Park, wearing his helmet, his vest, and his seven-kilogram rifle. A guy robs someone, is the soldier going to run after him? That’s what the police would do, but the soldier runs like a turtle because of the weight he is carrying. And he does not have the full mandate of police.”

The consequences of employing the army

“What is the point of these armored vehicles in high visibility points of Rio? They produce the effect that the army is present. But that does not have any effective impact on criminal activity. It’s a theatrical operation of high cost and low effectiveness. Did you arrest people? Seize things? Reduce crime rates? Has cocaine become more expensive? In Maré, at least R$350 million (about US$110 million) was spent, but with 10% of that money, I can restructure the entire intelligence of the Civil Police, which seizes a ton of cocaine or a container full of weapons.

The Constitution says, albeit mistakenly, that the Military Police is an auxiliary force of the army. Since 1992, the army has become the auxiliary force of the Military Police. This is the problem: it gives the impression that in the face of corporate blackmail and the fabrication of artificial crises with deliberate political and electoral purposes, the reality is that everyone is cap in hands. Some will join Uber for additional income, others will walk dogs, and now we improvise with the Armed Forces, which will moonlight as a public security service to supplement its budget. ‘Look, I’m going to do this service that is not mine, that I don’t know how to do, but I’ll get some extra money to buy those things that I needed, to buy some toys that were broken, to do the house up…’ Some of the funds of the Armed Forces were also contingency funds. And the one who gives the mission provides the resources.”

The guarantees that the Armed Forces want

“What the Armed Forces are saying is, ‘If you’re calling me to the playground, then give me the toys. I’m saying I don’t know how to do this, that we shouldn’t do this, that troop employment is a tragedy for the corporation and for security. But if you want to do it, then we’ll want some safeguards.’ First: all violence, violations, and mistakes go to the military tribunals. This project [which Temer sanctioned at the end of last year] was a possibility under [previous presidents] Fernando Henrique Cardoso, Lula and Dilma. The army was never employed on the streets as much as it has been under democratic governments. There are more than six Law and Order Guarantee Operations (GLOs). Temer just signed something that was already underway. Rio has undergone successive soft and shy interventions, and now it is in the same situation as under a military government. The Armed Forces are not stupid, they are saying they will continue to be and act as the Armed Forces in an urban setting. Therefore, ‘everything I do that is either right or wrong has to be evaluated according to military parameters.’ They are not wrong, but that doesn’t mean this is a good thing. From the point of view of society, it is the worst-case scenario.

Secondly, in favela communities topography and geography are random. It’s spontaneous development, with alleys and side streets, a slab that serves as the foundation for the neighbor’s house. And the army, which acts in troops, has no tactical advantages in these territories. When it enters with armored tanks, it passes over the car and the motorcycle of a resident who does not even have insurance. Armored vehicles do not physically fit there and they don’t serve for patrols because they are too slow. So the soldier enters the favela with all sorts of disadvantages: he has no approach control, he doesn’t have 360-degree vision… This makes his chance of error immense. So what are they asking for? They are asking for something that, from the perspective of citizenship, is reckless: the collective search and seizure warrant. Because to get into your house, the army goes through mine. The police work in a situation, but the Armed Forces only know how to work in a given perimeter.

Thirdly, the Armed Forces do not want to be subordinate to the police. They have been the auxiliary force of the Military Police. But now that they’re here to put on a spectacle, then ‘I command, but I do not operationalize. I make the plan, but I don’t go out on the streets. ‘ The Armed Forces want to govern, but they do not want to act. That is the problem! Do you think they were taken by surprise, as the interview suggested? Do you think they spent Carnival in Rio, liked it and decided to rule? The operations in Rocinha, Salgueiro and Maré were technical trials for this, which was already being prepared a long time ago. And the governor, who gladly handed over security, surrendered his capacity to govern. Because it is security that guarantees the stability required for the exercise of power. So once you hand the security over, you become just a dummy.”

The intervention and the security problem

“The effects are provisional, the so-called Pelourinho effect. During Carnival, what would happen in the [historic neighborhood of] Pelourinho in Salvador? They would close off the touristic urban area and fill it with police. The rate of street crimes, such as robberies, thefts, and assaults, falls in that location. But it rises in the area around it, because you relocated the concentration of crime. You did not change the criminal dynamics, did not intervene in the causes that produce street crimes, just relocated it. But there is no way to keep soldiers in the same location for 24 hours and your capacity for rapid response is limited over time. This is why the effects of the [Pacifying Police Units] UPPs were limited, and this was a predictable outcome. Once the police occupy a location, a set of other actions that extend the ostensible effect beyond the present must follow. During the UPPs, crime was displaced to different locations. Homicide rates dropped because the police stopped shooting. Who is the administrator of death? The State. The police entered to prevent conflicts between rival gangs, and then the police itself stopped producing the confrontation and came to occupy the territory. However, this was temporary, it lasted a year or two, because the criminal economy re-organized itself. No one becomes involved in crime because of ideology, but because it makes money. This extends from illegal broadband supply to drugs. Just the informal electricity hookups in Rocinha generate R$300,000 or R$400,000. There is a moralist discourse that condemns drugs because, in Rio, one governs with crime, not against crime. The slush fund for campaigns comes from crime.”

Why do people ask for the army on the streets?

“They are asking for security and functioning institutions. They are saying that they do not want to go to the streets to fight or be victimized. They want the State, the institutions, to act in a regular and permanent way, and they are not wrong. They want a sense of authority, which is the condition that guarantees equality and freedom. So with the intentional bankruptcy of the security apparatus—with the scrapping of the Civil Police and the precariousness of the Military Police, which was outsourced on several levels, being leased to private initiatives—this created a favorable scenario for this type of intervention. Because illegitimate and unpopular governments have no way of producing cohesion within their project for government and society. Their only option is to produce coercion. So the government needs to fabricate threats to offer protection. And this is not security, because this protection is selective, unequal, and exclusionary. They fabricate artificial wars to instigate fear, but fear is a terrible guide which makes us give up our rights in the name of a savior of the country. And today’s liberator will be the tyrant of tomorrow.”