It’s been over a month since Rio de Janeiro’s children officially went back to school after the summer vacation, yet with a teacher shortage plaguing the city thousands of students have been forced to miss class. Over the course of the 2017 school year, the city of Rio lost over 2,200 teachers. Families across the city are reeling from the shortage, as their kids are being denied their right to education. “Since the beginning of classes, they have been short on teachers. They were short 16, and now only 13,” Rio das Pedras favela resident and mother Célia Duarte said about her daughter’s school. “[My daughter] wants to study. Most of the schools in Rio das Pedras are short on teachers. Every week, they tell us to come by here. We come by, and there aren’t teachers. We are really upset with the mayor.”

According to one Rio das Pedras public school principal who asked not to be named, the Secretary of Education under Mayor Marcelo Crivella hired 500 new teachers for the 2018 school year. Rio schools would still need over 1,700 more teachers just to return to early 2017 levels, while a 2015 study revealed 70% of the poorest scoring schools in the state already suffered staff shortages in that year. In places like Rio das Pedras, a community with thousands of school-age children, the shortage hits hard. The principal stated that each teacher is responsible for a class of, on average, 35 students and this school is short 13 teachers, so in effect in just this one school in Rio das Pedras around 455 students are not being guaranteed their constitutional right to attend public school. And as the principal pointed out, there are many public schools in Rio das Pedras, all of which are short on teachers.

Walking into a typical school, something distinctly un-school-like grabs your attention: silence. Books and paper are stacked up in the hallway for the kids to use, but no one is using them. Unfortunately, not only is the teacher shortage excluding some students from attending school altogether, it is affecting the students who are able to attend class. One student said that while she was able to go to school, there weren’t art, music, or physical education teachers. Another student stated, “We came last class, there wasn’t class. On Friday, there wasn’t class. And this week it’s just Friday.”

While the teacher shortage is negatively impacting Rio as a whole, it is especially difficult for communities like Rio das Pedras where parents or guardians often work far away and do not have the financial conditions to pay for private schooling. “My son was enrolled [in public school] a month ago but there haven’t been classes. Crivella said that he had contracted 500 teachers, and yet still the school doesn’t have teachers. [Now] I am paying for a private school, and I don’t have the financial conditions. I have the right for my son to study at a public school,” lamented resident and father, Leandro Batista Barbosa. 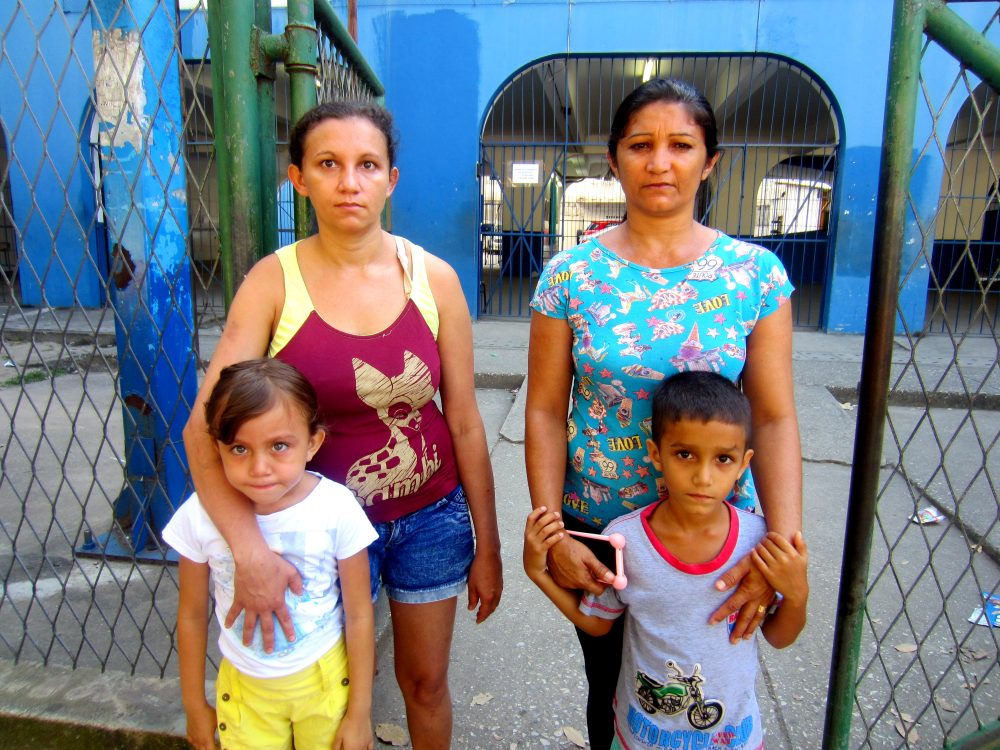 Rio das Pedras has experienced teacher shortages before, but now the situation is different. After the community was cited in Crivella’s Strategic Plan for extensive removals to make way for high-rise apartment buildings, residents mounted a massive resistance campaign and defeated the original plan. However, the City continues to pressure residents to agree to an upgrading plan that local organizers believe still requires evictions in the community, something the newly formed Residents’ Commission has been staunchly against. In the context of the City’s costly proposals for the neighborhood, and the accompanying threat of eviction, the underinvestment in education comes as an extra slap in the face. Commission member Andréia Ferreira reflected:

“Considering the schools, we are abandoned. It’s not just one school; all of them are short on teachers. It’s a lot of classes without teachers. There’s the School of Tomorrow, the construction of which has been halted since the beginning of [Crivella’s] administration. It is really important for our community because we have kids here that aren’t studying because there isn’t enough space in the schools, or when there is, the openings are far away. The mothers and fathers don’t have the conditions to drop off and pick up their kids.”

Over the past several months, Rio das Pedras residents have encountered a series of hardships that, in the eyes of Commission members, add up to a concerted effort on the part of the City to push residents of the favela to the point where they choose to move away because of a lack of quality public services. Whether due to sky-high electricity bills or canceled classes at school, families of Rio das Pedras are feeling the pressure. As Ferreira continued:

“We haven’t been able to free ourselves from the fear, this terror, of eviction. Why this crazy desire to build in Rio das Pedras? Why make it a priority in this moment? The city is in crisis. What’s behind this interest to ‘upgrade’ Rio das Pedras? If there is money laying around, I think the mayor should prioritize. We have other priorities. We keep watching, cautiously, so these cowardly acts don’t happen in our community. From what has happened, the recent events, it looks like they haven’t really given up on removing the community. The Commission’s view is that they are forcing people to leave anyway.” 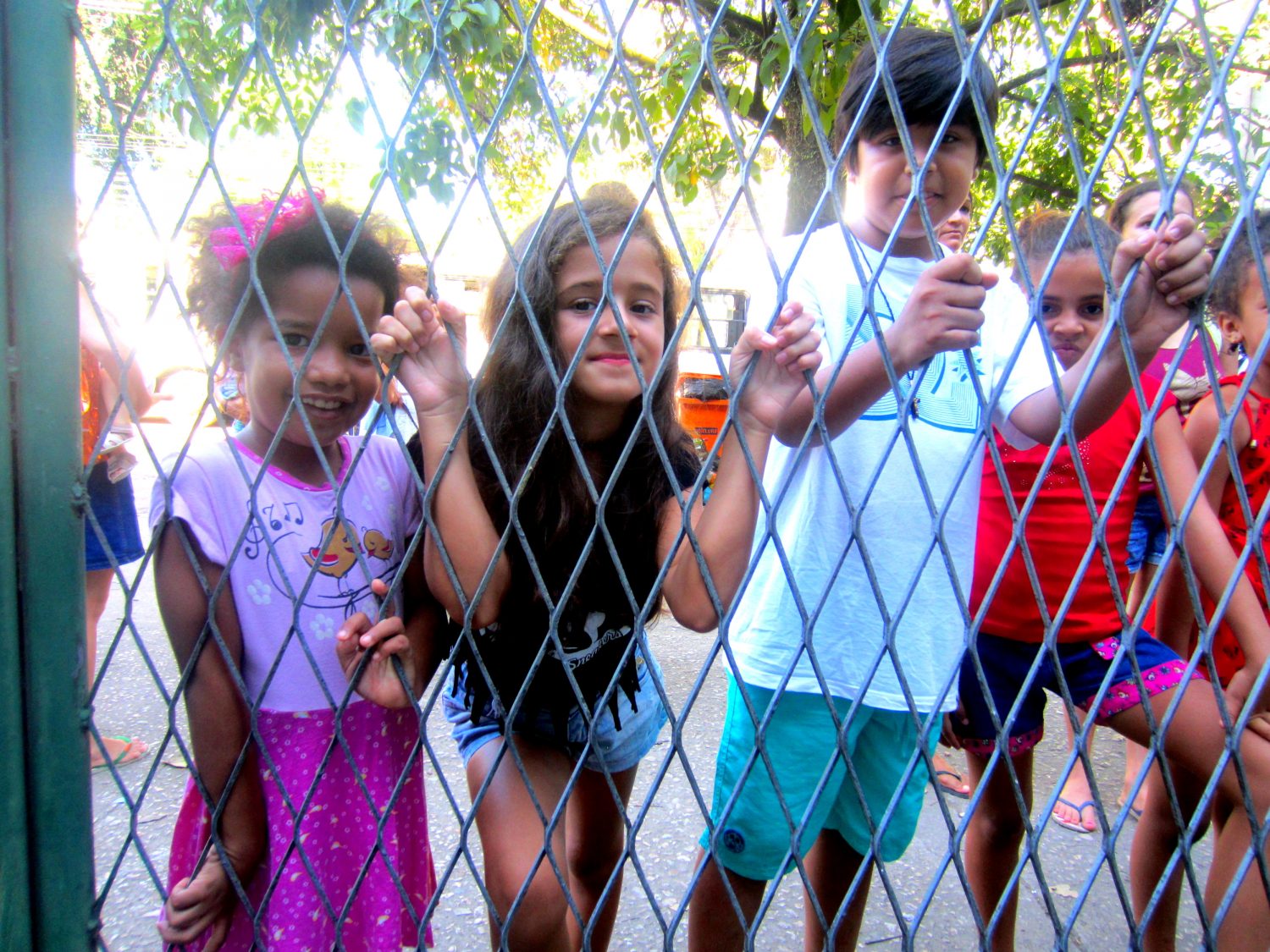 One mother, Patricia, echoed the belief that the mayor’s priorities are off: “What we wanted from this mayor was healthcare, education, because the education is horrible and we can’t even speak about the healthcare. We wanted our children to study. This is what we wanted—for [Crivella] to be a man of God. He wants to rebuild Rio das Pedras, but doesn’t even pay doctors or teachers. I will not vote for him, I will not.”

Rio das Pedras residents, and families across the city, are experiencing the brunt of the city’s economic austerity measures and it is clear that many have had enough. The State Teachers Union, SEPE, is planning a day of action on March 27 to protest Rio’s school conditions among other issues affecting teachers and students. As another Rio das Pedras mother put it, “A seven-year-old at home not studying? This is absurd. We have already reached the limit. No one can handle more. All we want is for [Crivella] to resolve the problem, for him to send teachers because the kids need to study.”