Rio de Janeiro – In a quick and decisive military sweep, Brazilian security forces seized control of this city’s most notorious slum on Sunday, claiming victory in a weeklong battle against drug gangs that has claimed dozens of lives. – The New York Times 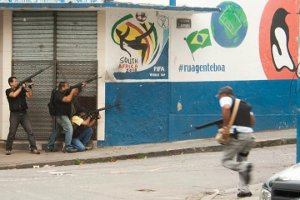 In late November, following a wave of attacks from Rio’s drug gangs, in which over one hundred vehicles were set on fire across the city, Rio police entered Vila Cruzeiro, where it was thought the ones responsible for the attacks were hiding. The reasoning behind the wave of street violence that triggered the action was unclear, but City and State officials say they came in retaliation against the public safety policy characterized by the implementation of UPPs (Pacifying Police Units, or community policing operations) in slums controlled by the drug trade. The police invasion was made possible thanks to the deployment of Navy officers and armored troop transports, which allowed police to overcome obstacles that had previously prevented the BOPE (Special Operations Battalion) from entering with its own wheeled armored vehicle.

In broad daylight, and under the voyeuristic watch of television viewers, drug traffickers fled over the hill to the neighboring Complexo do Alemão, a cluster of 16 communities renowned as a drug trade stronghold and one of the most violent areas of the city. The next day, army personnel had surrounded the Complexo do Alemão and the security forces soon entered that community as well.

The Complexo do Alemão invasion has been deemed successful by security forces, despite many of the 600 drug traffickers that were believed to be based in the region having escaped through various routes ranging from stormwater drain and police cars (driven by their police associates), to those who had no priors with the police remaining as common residents in the communities. 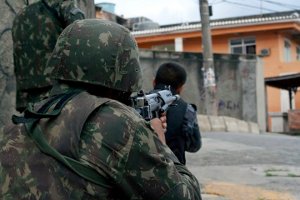 The events of late November presented an opportunity for Rio to assess itself, and for blood thirsty Cariocas (Rio natives) to revel at the sight of armored tanks entering a slum, while the media presented one-sided stories of glorious and glamorous police action and the triumph of Good over Evil.

If searching on Twitter last week (Brazil is ranked 2nd in Twitter use worldwide), one found an abundance of hate for drug traffickers, and pleasure at their demise, and also light-hearted puns and jokes, taking all the violence in stride as if just another week in Rio had gone by. Elsewhere on the social network René Silva and his Morro do Alemão community newspaper presented the story from within the Complexo, even as the invasion started.

Formal media channels, however, are now beginning to cover the defense of human rights and providing context for criminal activity which was rare in years past. Media across the spectrum did provide some contextual coverage showing that people today demonized as criminals were previously youths who found in their disprivileged social environment no other way to distinguish themselves but through a career in crime. They should thus be understood as products of our society. 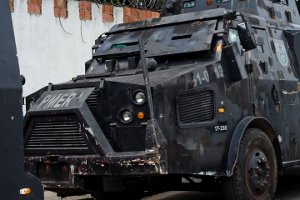 As this drama continues to unfold in the streets of Rio, Tropa de Elite 2 is just about overtaking “Avatar” as the most watched film in Brazilian cinemas in 2010, while the writers behind it exert prominent voices in the public debate. Former State Secretary of Public Security and National Secretary of Public Security, Luiz Eduardo Soares, who co-authored the books that spawned the “Tropa de Elite” films has written that he chose not to respond to requests for interviews or quotes on the recent violence. He does not want to disseminate the narrative of victory by the police and the misguided notion that Rio is moving towards the solution for its security problems. He did, however, agree to an interview on Roda Viva, a well-regarded programme on State-run TV. This interview provides the most in depth look available at Rio’s and Brazil’s public security problem in light of recent events: parts 1, 2, 3 and 4.

Luiz Eduardo Soares maintains that Rio’s drug trade operates an unsustainable system that is bound to collapse or morph into schemes of home delivery of drugs, similar to what is done in richer countries, regardless of how many soldiers the Armed Forces post on the streets of Rio. Rio’s real problem, he says, is the growing presence of militias, formed by ex-cops, firefighters and their associates still on duty, who take control of territories and exploit residents through the sale of services and, when convenient, illegal drugs as well, all under the rules imposed with the same level of brutality associated with the drug trade. Militias are also responsible for the illegal sale of land to poor migrants, which amounts plainly to a scam on the most vulnerable part of society and has already resulted in evictions in the West Zone. 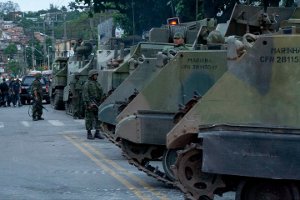 However, this deep and complicated part of the story is not told through mainstream media outlets in Brazil, much less the rest of the world. Instead, news is flooded with tales of the population’s improving confidence in the police, and the noble liberation of neighborhoods from the control of violent drug gangs.

Certainly, most residents of Vila Cruzeiro and Complexo do Alemão who have grown accustomed to dead bodies in their streets and, overall, a disgraceful condition of non-citizenship, have enormous reasons to celebrate the arrival of police forces and the State, and the prospect of their permanent occupation… Except for those who’ve had family members taken by stray bullets during the police invasion, or who’ve had their homes looted by police during searches.

Furthermore, the seizing of Complexo do Alemão was a bold step that many doubted the police would ever successfully take, and as such Rio’s largest criminal faction has been weakened.

But the greater problem, according to a growing number of prominent voices, is structural. Both Civil (investigative wing) and Military (crime-prevention wing) Police run systems that harbor and even depend on officers’ ability to earn a bit extra on the side, illegally or not, but all under the negligent eye of the command. And the only serious answer is reform from the ground up.