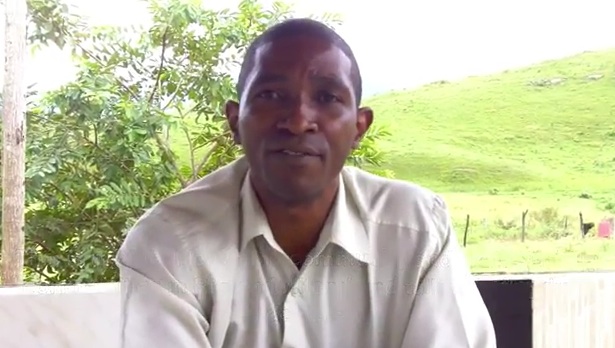 We caught the 10 o’clock ferry to Niterói. The boat was maybe a quarter full, mostly families off to see their relatives on the other side of the bay on a Sunday. It was quiet as it was still early, the clouds from the night before still hanging over the water. On the other side, we met Ney Nunez de Souza, who picked us up in his car. Ney is one of the leaders of the Irmã Aracy House Rehabilitation Centre. He is a confident man who speaks directly and with purpose, rarely wasting words. Ney drives much as he talks, plowing straight ahead without hesitation or fear.

I figured that the drug rehabilitation centre would be close to the harbour, most likely in a community within the city. Yet we continued to drive and soon the buildings gave way to love motels, farm equipment lots, and cultivated fields. Ney sped through the small towns with purpose; I was unsure if it was eagerness or whether we were late. Finally (and perhaps mercifully), we turned off onto a dirt road and entered a field ringed by tall hills. Nestling comfortably inside the peaks lay The Centre. We had arrived. 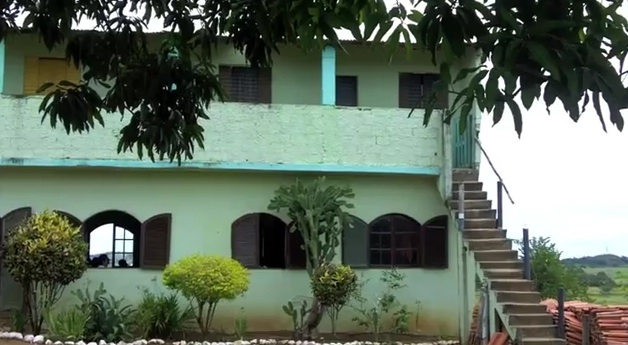 The grounds were impressive, six buildings in all and enough dorm beds to hold up to 100 guests. Ney informed us that the Centre had another site a bit further off, exclusively for female patients, as isolating the guests by sex removed another distraction. The Centre receives no state funding and survives entirely on private donations, mostly from community-run church congregations. The Centre has a cafeteria, church, a large vegetable garden, a fishing pond and chicken pasture. Ney explained that the Centre provides its own labor, with the patients in charge of growing and preparing their own food, as well as maintaining the farm equipment. In exchange for food and shelter, the patients must refrain from the use of any substances. This includes cigarettes: a marked departure from rehabilitation programs elsewhere, where smoking addiction is viewed as the lesser of many evils. Here, no one smoked. Had they relapsed and sought a cigarette or something harder, the sheer isolation of the Centre would be their greatest obstacle as it sits 5 miles from Niterói and is only serviced by a lone bus which runs intermittently during the day.

As our visit was on a Sunday, patients were free from most of their chores. Some attended a passionate church service in the small chapel, while others chatted quietly with family guests and friends who had come to visit. All patients are admitted voluntarily and thus are free to leave at any time. Ney explained that most stay, on average, between six months and one year, often leaving and returning multiple times during that period. The typical progression is that guests leave before they are truly ready, relapse, then return for a longer period of time. The treatment they receive at the Centre revolves around counseling. No medications are given, save for patients with chronic conditions, such as diabetes. Instead, support groups are the tool used to dig through personal tragedy, build friendship and, hopefully, a foundation stable enough to resist future temptation. Those that do make it often return to their home communities. They serve as living examples to others suffering from drug and alcohol addiction and provide resources on how to seek help. As a testimony to this, the majority of staff at the rehabilitation centre are former addicts and the majority of patients we met were brought to the Centre by former patients themselves. 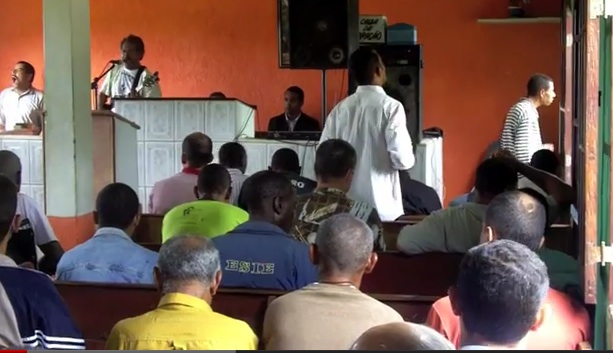 This form of treatment is especially effective for addicts from low-income communities because local social bonds are already strong, as years of government neglect have forced community members to rely heavily on one another for survival. The vast majority of patients hail from favelas in and around Niterói, though the Centre is open to any and all who wish to attend. For many, the Irmã Aracy House is their last stop, having already tried and failed at individual attempts at sobriety. Their presence is proof of their desire to change as well as the humbling admission that they need help to do it. More often than not, this great personal epiphany has come only after the patient has hit rock bottom, having burned their last bridge of support, ruined their last personal relationship or sold their last item of worth.

Many we spoke with at the Centre were years into their addiction before they arrived, their substances of choice ranging from alcohol to marijuana, cocaine to heroin… and crack. As Ney said, “Crack breaks people and ruins them quickly.” He explained that crack had struck the favelas particularly hard due to its accessibility: it is relatively easy to produce and very cheap. Compounding the problem is the ubiquitous nature of the triggers that usher people toward drug addiction. Violence, financial insecurity, the loss of a loved one – these are stories of everyday life within the favelas, and Niterói in particular. Its communities have experienced an uptick in drug violence as UPP crackdowns in Rio de Janeiro have pushed traffickers to move their operations across the bay. With them, they have carried fear, anger and frustration into communities that receive only a modicum of the media attention and government resources that development and crime-fighting projects in Rio enjoy on a daily basis. 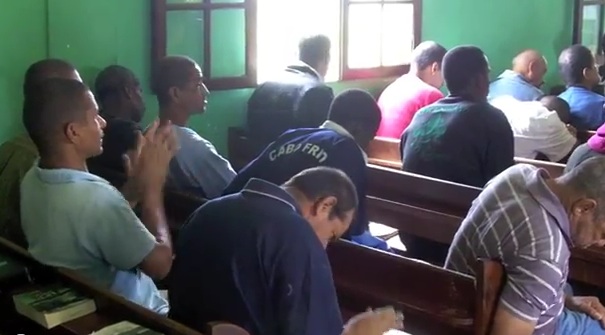 As far as the future of the Centre is concerned, the hope is to one day attract the attention of a government agency and receive the large grants made available to other state welfare programs. Unfortunately, drug and alcohol addiction programs are rarely at the top of politicians’ to-do lists, as they offer few photogenic opportunities and are rarely viewed in a positive light by local media. Still, there is a belief that, with time, and continued positive results, they will eventually attract the attention of those beyond the community. Sooner or later, Brazil will have to face the reality of a war on drugs and examine its root: drug addiction. When it does, it will be community-based social programs like the Irmã Aracy Rehabilitation Centre, which will lead the charge.