For the original article in Portuguese by Elvira Lobato published by Agência Pública click here for the series and here for the article. Angelina Nunes and Claudia Lima contributed reporting. Photographs by Ana Lúcia Araújo. This is the first article in a four-part series produced through Agência Pública’s journalism grants contest focusing on hunger in Brazil in partnership with Oxfam Brasil.

Japeri’s mayor and City Council president are in jail, accused of involvement with the drug traffic. The municipality, which is also home to a golf course, has a homicide rate three times the state average.

In July 2018, three prominent officials in Japeri were arrested after being indicted by the State Public Prosecutor’s Office for crimes associated with drug trafficking. The three men—three-term mayor Carlos Moraes; Wesley George de Oliveira, president of the Japeri City Council; and city councilor Cláudio José da Silva, known as Cacau—are all members of the Progressive Party (PP). Since then, the chaotic situation has further deteriorated in Japeri—the municipality with the lowest Human Development Index figures in the Rio de Janeiro Metropolitan Region.

The mayor was caught having telephone conversations with Breno da Silva Souza, the local leader of the drug trafficking faction Amigos dos Amigos (“Friends of Friends,” or ADA). He promised Souza—who is also in jail—to help remove police officers from the Guandu favela. In January of this year, the mayor was convicted for possession of a restricted-use firearm that was apprehended on the day of his arrest. The three-year sentence was converted into a fine and community service, but Moraes remains in prison as he was remanded into custody in the primary court case.

Why would such a poor city attract three warring drug factions? One of the primary drivers is cargo theft, which increased in the region after the construction of the Metropolitan Arc, a highway intended to divert truck traffic from the capital. The project began in July 2014 and connects federal interstate highways to various cities in the Baixada Fluminense, including Duque de Caxias, Nova Iguaçu, Queimados, and Japeri.

In the Way of Trafficking, There Was a School 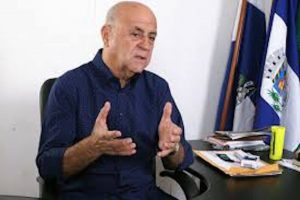 One trademark of violence is the continuous flux of students from one school to another. When a drug faction is expelled from its territory, family members and anyone who knew them disperse so as not to be killed. The new bosses move with their families and acquaintances to another area, but they are not able to maintain power for long and so they, too, are soon displaced.

The Municipal Secretary of Education did not release school dropout data, but teachers confirm that students frequently miss school in high-risk areas. The Governor Leonel Brizola Municipal School in the Guandu neighborhood—another area dominated by trafficking— had six empty classrooms in 2018, which could have accommodated 180 students in two grades.

Students drop out of school without requesting to transfer. The greatest dropout rates occur from sixth to ninth grades. According to the Secretary of Education, there was a decrease of 900 students in these grades alone in 2017 compared to the previous year.

Decreasing grade school enrollment is a national phenomenon stemming from dropping birth rates and an aging population. But in Japeri, violence exacerbates the decline: from 2013 to 2017, the number of students dropped from 25,158 to 22,159.

Being a teacher in Japeri requires courage and selflessness. Small successes—from maintaining the walls free of tagging to having three students among the champions of the Brazilian Public School Math Olympiad—become significant victories.

But class is interrupted when drug factions exchange fire with police or rival groups. This happens at all hours of the day, creating a tense atmosphere.

At two public schools, we found teachers who had been accosted by armed men and had their cars stolen by drug traffickers. There is a municipal preschool next to an abandoned house used by drug traffickers to torture victims, according to residents.

Drug traffickers block access to high-risk areas, meaning that public school employees can only enter schools in these areas with special authorization. “There are students who feel seduced by the drug trade, but our role is to show them that they can live longer, happier lives when they become good citizens. We seek to create projects that keep kids at the school after class. It’s better that they stay here instead of falling into the arms of traffickers out there,” said a teacher who preferred to remain anonymous.

The schools offer a snack and daily meal for students. Our reporting found that impoverished mothers ask for leftovers from these meals to feed their kids at home, and in doing so, ward off the ghost of hunger that haunts them. 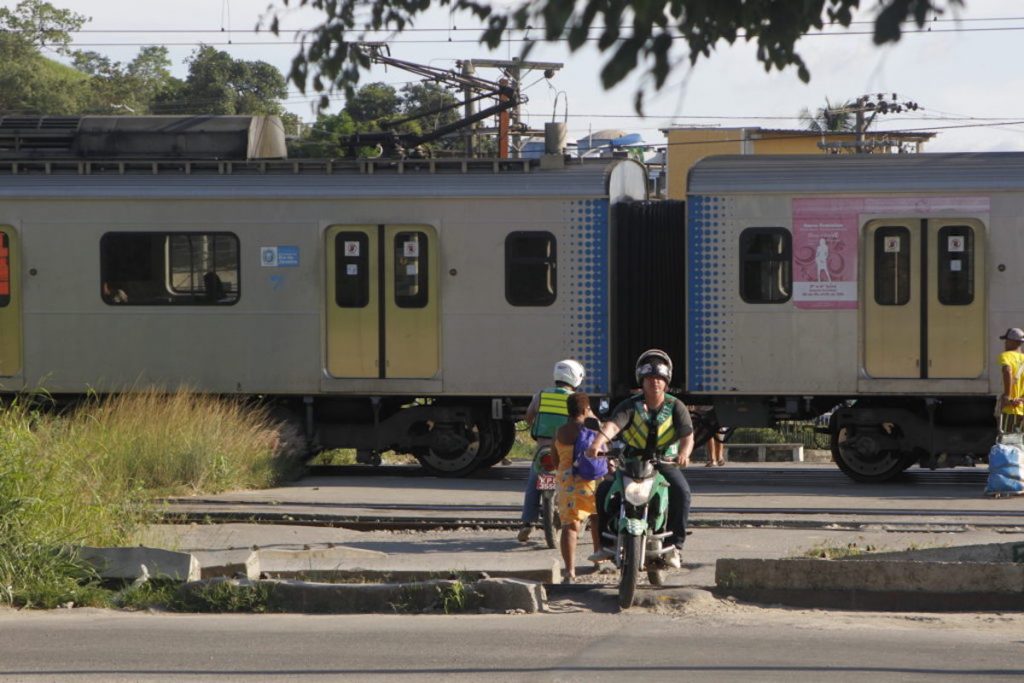 In the past four years, Japeri registered homicide rates up to three times greater than the state average. In December 2018, as state and federal governments celebrated a decline in murders across the country, Japeri saw figures far worse than the Baixada Fluminense’s average. The city closed 2018 with a homicide rate of 58 deaths per 100,000 residents, compared to 20 in the capital and 40 in the Baixada Fluminense. Only the neighboring municipality of Queimados had worse figures: 65 homicide deaths per 100,000 residents, according to data from the Rio de Janeiro Public Security Institute (ISP). 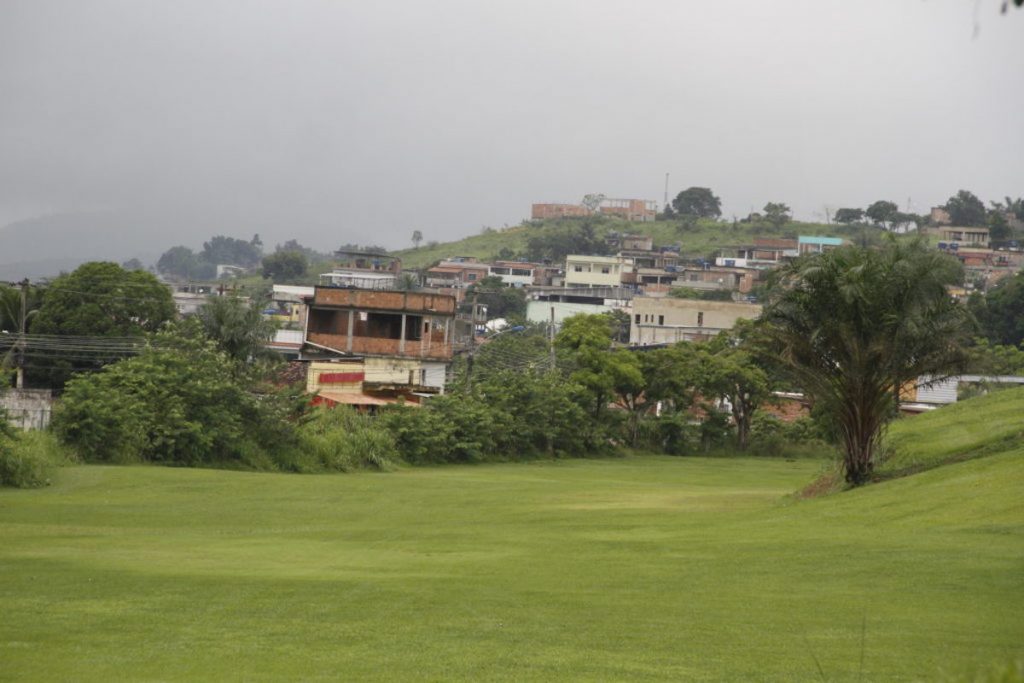 These statistics alone paint an alarming picture of Japeri, but residents’ lived experiences are even more terrifying. According to community members, murderers cut up and burn victims’ bodies to destroy evidence. In 2018, 37 people were marked missing in Japeri, a rate of 36 people per 100,000 inhabitants. In the same period, 33 residents per 100,000 of Baixada Fluminense went missing, and in the state, 28.

An Oasis of Hope

The pursuit of a future far from violence led adolescents to create makeshift clubs, from sticks and branches, and to use dog balls or even foosballs to play an unlikely sport: golf. The initiative stemmed from young Japeri residents who found work as caddies at the Gavea Golf Club in Rio’s South Zone. 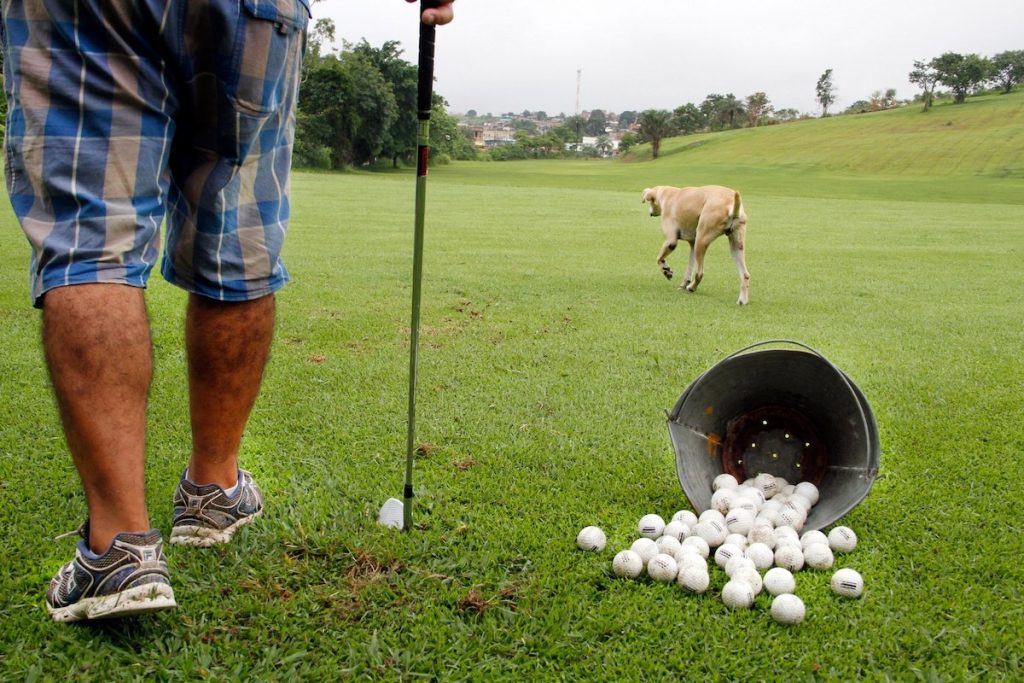 Far from just carrying a 20-pound bag with at least 14 golf clubs, the caddy gives the golfer advice on how to best use the equipment. A passion for the sport led some caddies to organize their own games on a ranch in the municipality. In 2002, in an attempt to create a high-end space and attract business to a poor city, mayor Carlos Moraes—the one who is now in prison for his affiliation with drug trafficking—expropriated farmland with topography that is favorable to the sport.

To transform their dream into reality, the caddies worked together to clean the area, plant grass, and help create the Japeri Public Golf Association. Businesspeople who are fans of the sport donated equipment. The golf course stands out from its surroundings, butting up against a neighborhood with modest homes, precarious basic services, and the constant threat of drug violence.

To practice with the group, players must be enrolled in school and maintain good grades. Their families receive a bundle of household goods and the players benefit from the services of volunteer math tutors. The golf school once had 120 students, but today serves 80. According to Victoria Whyte, president of the association, partnerships with companies will allow the program to expand.

In this oasis of hope, 21-year-old Breno Domingos da Silva practices the sport. Silva has already won state championships in the amateur category, but to make it to the professional category, he would have to have a sponsor and invest in equipment that is far from reach. He is studying administration thanks to a scholarship and is his family’s greatest hope. His father, a 52-year-old painter, is unemployed—as is his 46-year-old mother. Many of the young people who passed through the golf association have not shared Silva’s same fate. Along the way, some were lost to drug trafficking. 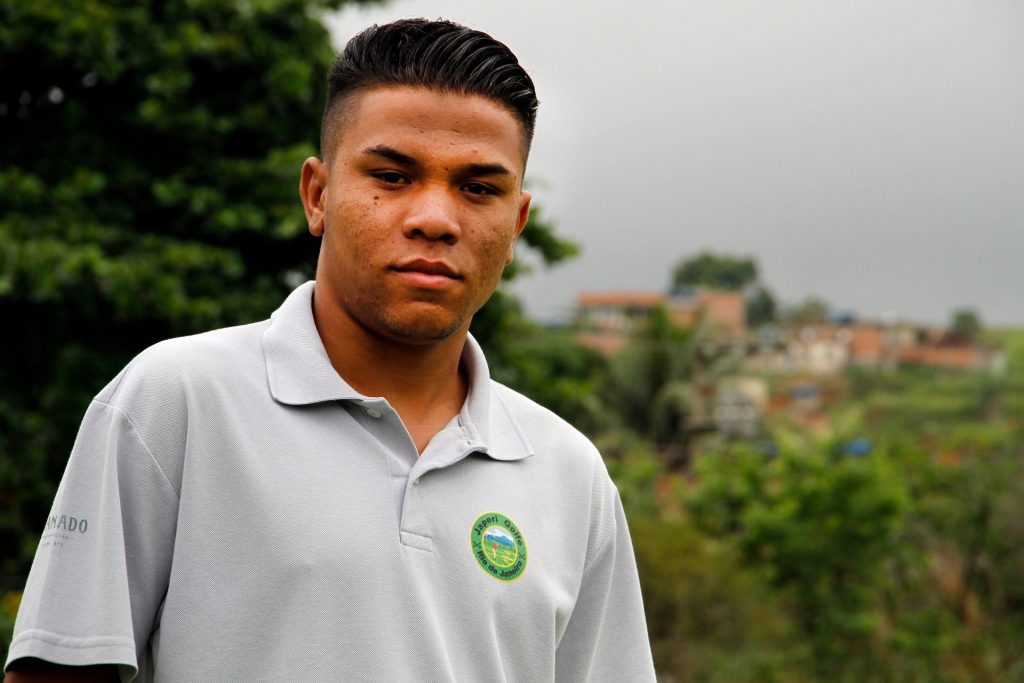 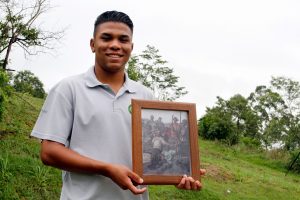 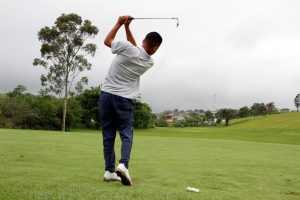 Read all articles in this series here.