On Wednesday, July 10, community residents and representatives from local organizations gathered in the Complexo da Maré favelas in Rio de Janeiro’s North Zone to recognize the two-year anniversary of the ‘Enough Violence! Another Maré is Possible’ march. The protest was organized by the Enough Violence! Forum, a civil society group that meets monthly, gathering residents and community leaders with representatives from the local NGOs Redes da Maré (Maré Development Networks), the Favelas Observatory, Fight for Peace, and others to debate the topic of public security in the Maré favelas. 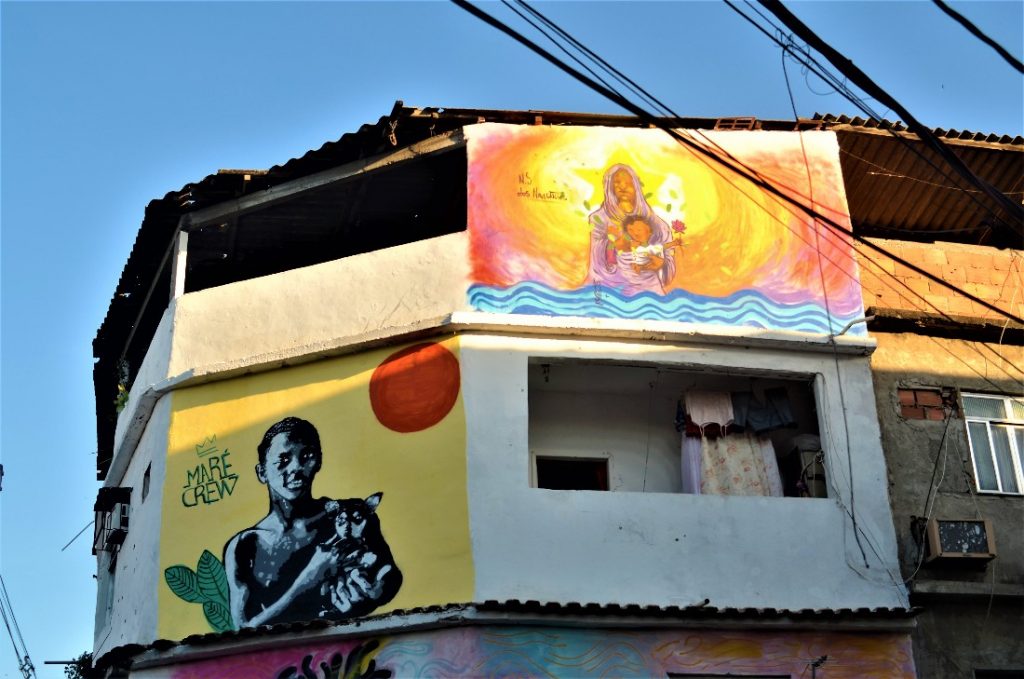 This year saw protesters return to where the march first gathered two years ago, in an area known as the divisa (division) that marks a conflicted border territory between rival armed civil groups. 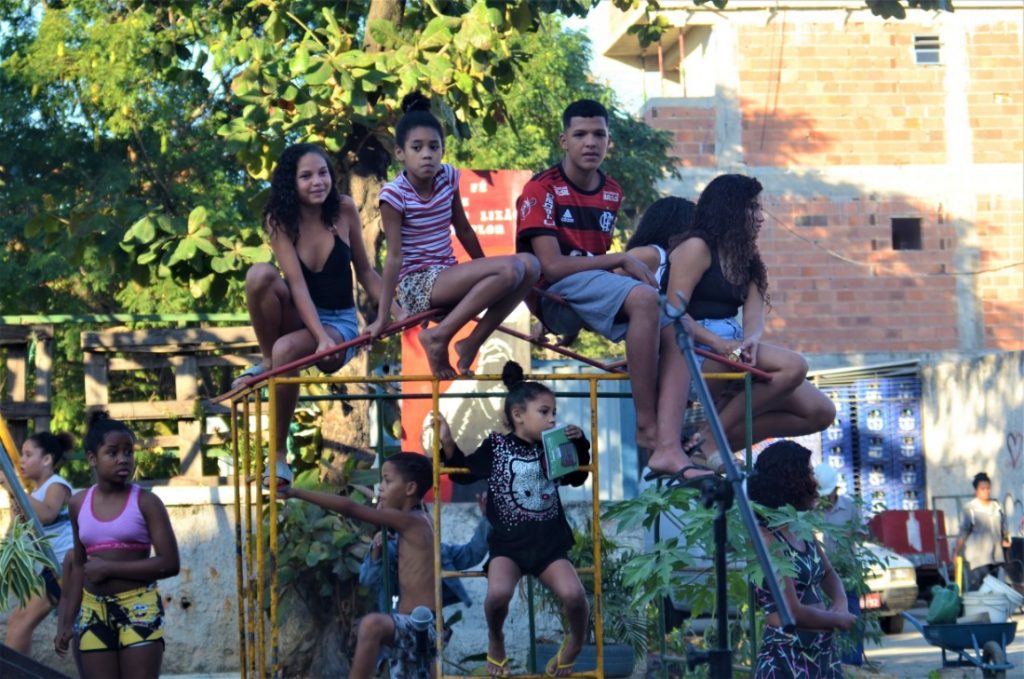 The divisa is home to both a local square known as the Peace Plaza, full of playground equipment for local kids, and a residential building filled with bullet holes. Over time, the windows of the building have shrunk in size as residents renovated for safety, including reinforcing their walls to three times the normal thickness. 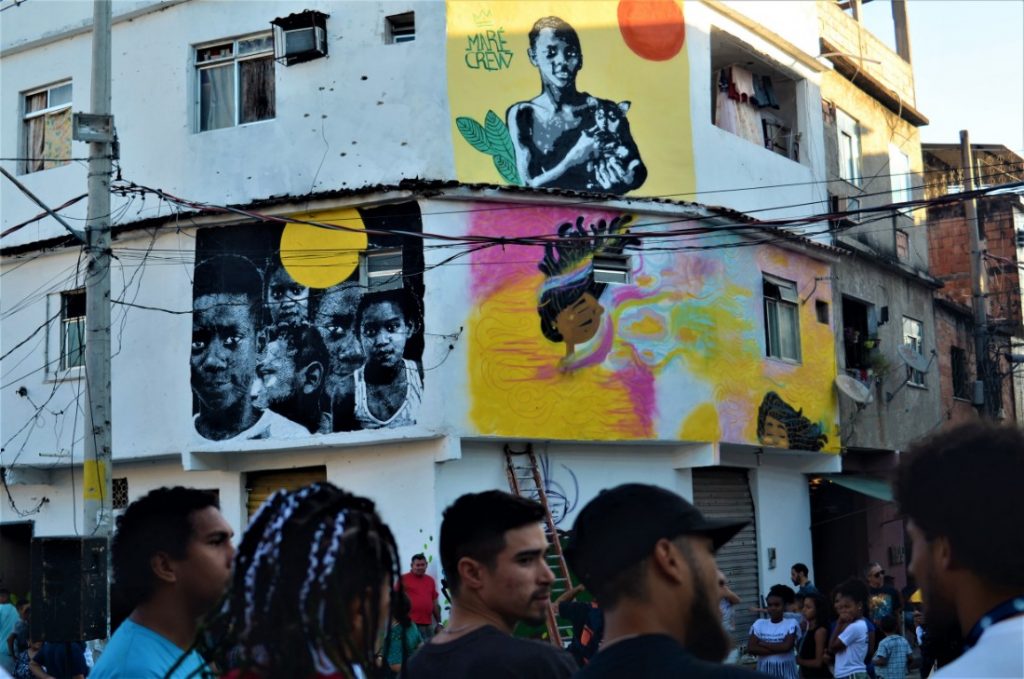 This building became the location of an artistic intervention as part of the day’s acts. Members of the Maré Crew and Nata Familia groups filled and covered bullet holes, replacing chipped paint with graffiti and stencil art. 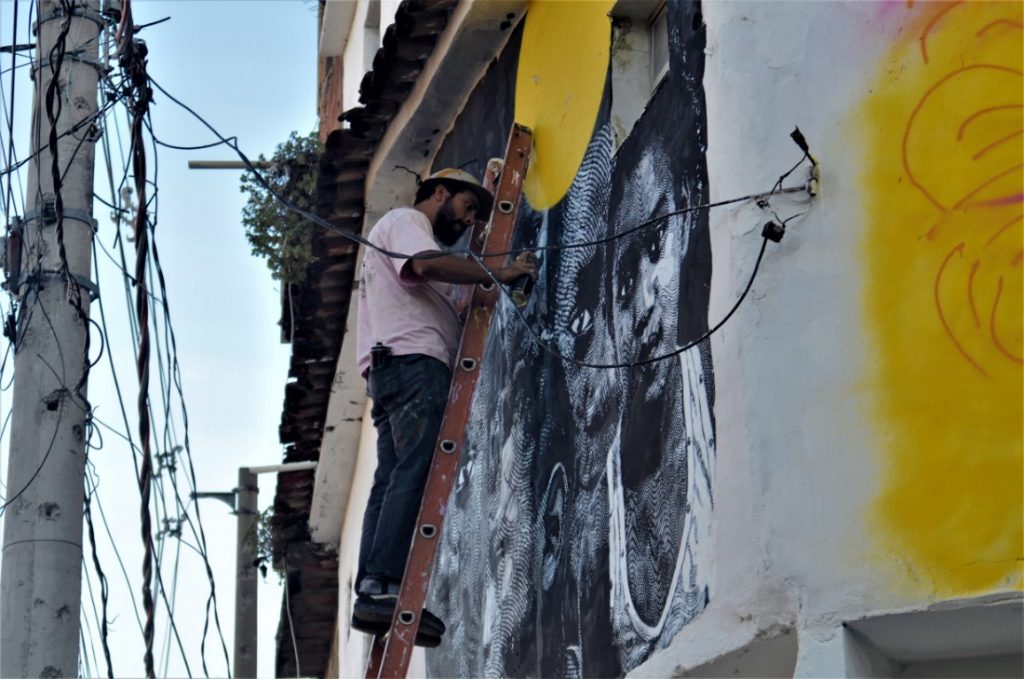 At Peace Plaza, organizers held a revitalization and gardening event, planting saplings around the square. 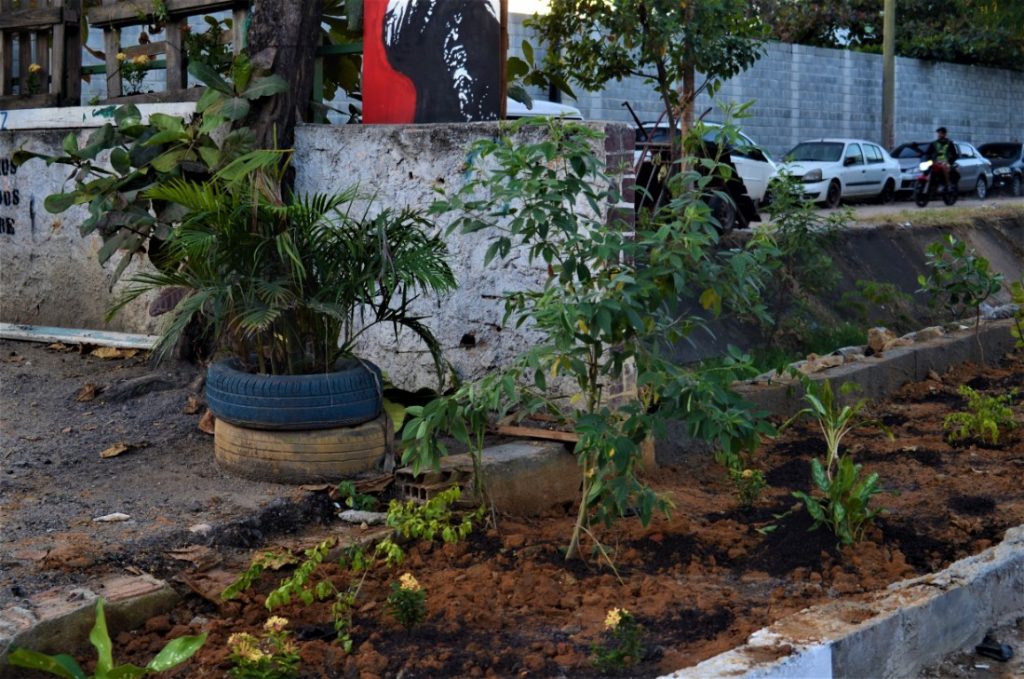 The day’s acts also contained a protest against the suspension of a Public Civil Action suit the Rio’s Public Defenders Office had previously filed on behalf of Maré civil society groups. The action had sought to establish requirements around police operations conducted in Maré, but was suspended by Judge Regina Lucia Chuquer de Almeida Costa Castro, who argued that “Methods for facing [organized crime] are part of the responsibilities attributed to the State Governor, his Security Secretariat, and the Police Secretariats.” Forum members considered the suspension a major step back. Pedro Strozenberg, ombudsman for the Public Defenders Office of the State of Rio de Janeiro, remarked that the Defenders Office is preparing to appeal the decision. 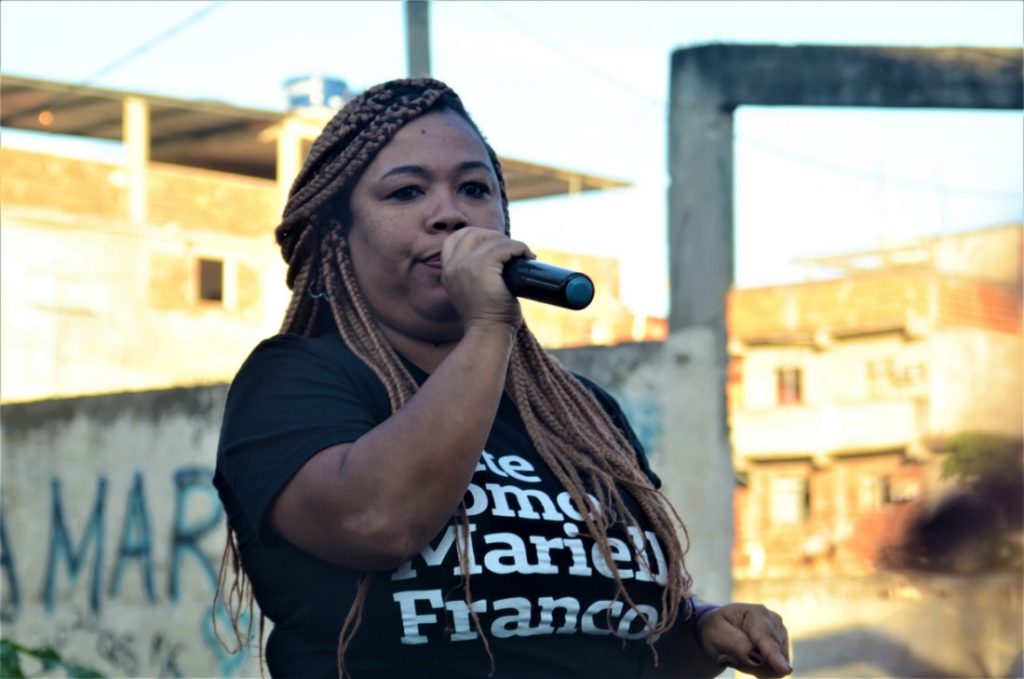 The Public Civil Action was requested by the Public Defender’s Office in 2016 following a violent police operation in Maré. The action required the police to present a plan for damage reduction during police operations (which was never completed), while also requiring the presence of ambulances during operations, the gradual installation of cameras and GPS apparatuses in police vehicles, and the adoption of a communication protocol between authorities, health posts, and schools. According to Flavinha Cândido, an educator from Maré, the Public Civil Action was “flimsy cover, but it was cover nonetheless, a minimum guarantee. When the judge suspended it, she said that the State could continue killing us, putting an end to our health.” “We are surviving here, rather than living. But Maré has a name, and that name is resistance,” she added. 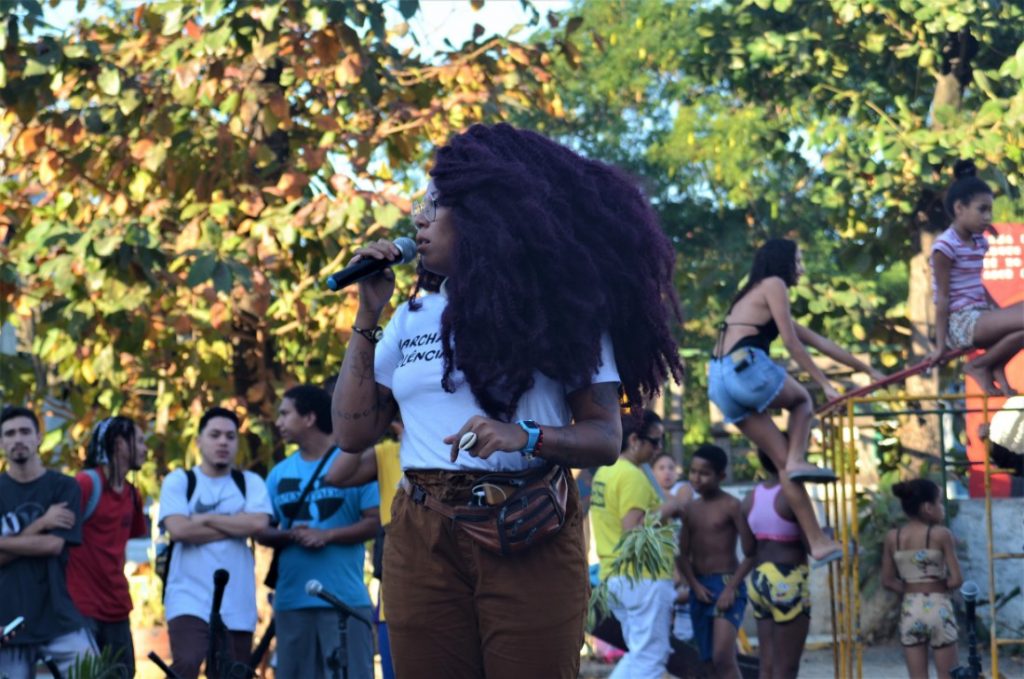 The act also heard emotional testimonies from Bruna Silva, mother of 14-year-old Marcos Vinicius was killed in his school uniform by the police on his way to school in June of 2018, and and Irone Santiago, whose son was left paraplegic also by police.

The Maré of Tomorrow Orchestra, founded in 2010, played everything from the funk classic “Rap da Felicidade” to songs by Anitta, with whom they played last New Year’s Eve in Copacabana. 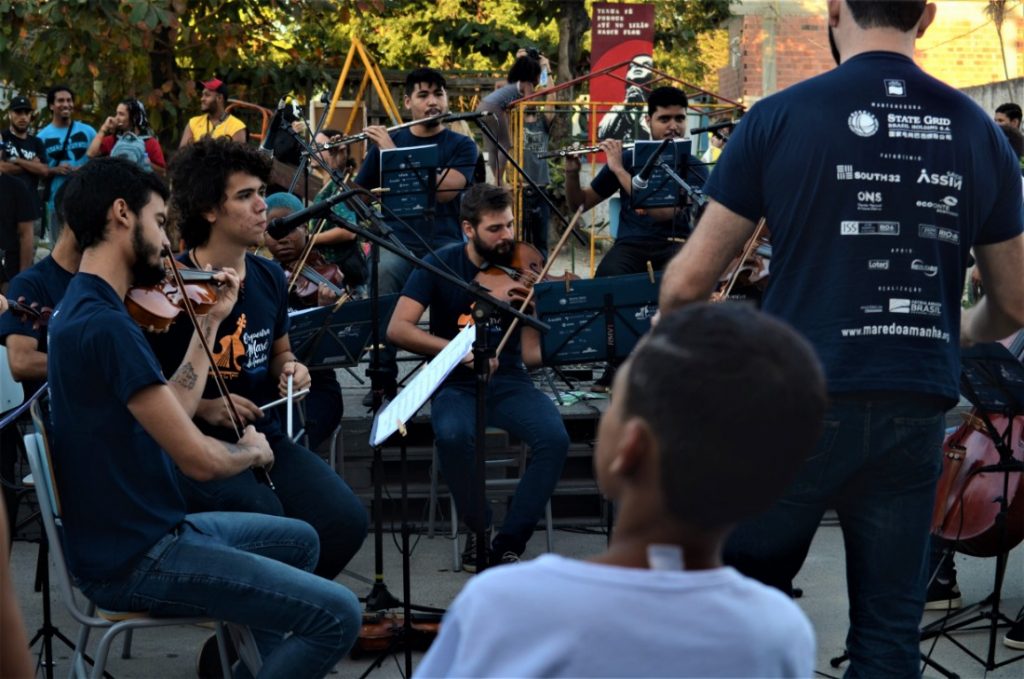 The children from the Not One Less project, an educational support project at Redes da Maré designed to improve reading and writing skills, also presented, leaving their message: “patience has ended, enough violence.” 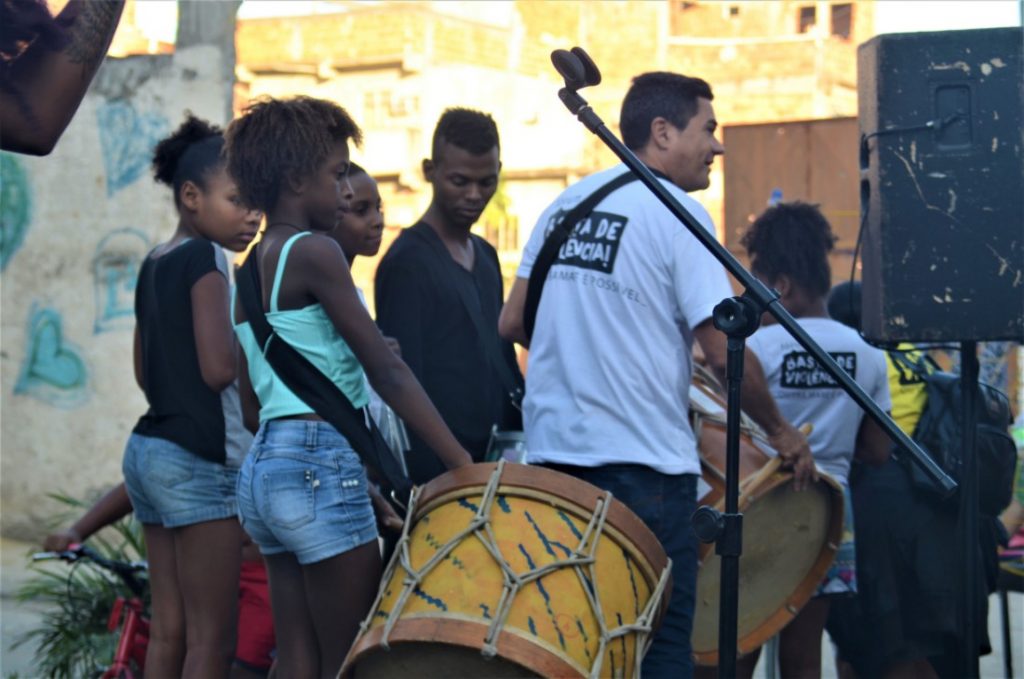 Members of the local cultural circle, Roda Cultural do P.U. (for Parque União, one of Maré’s 16 favelas), also performed. Performer Erickão said the day touched him specifically because he was born and grew up in the divisa. “The intervention that we need is cultural intervention,” he rapped. 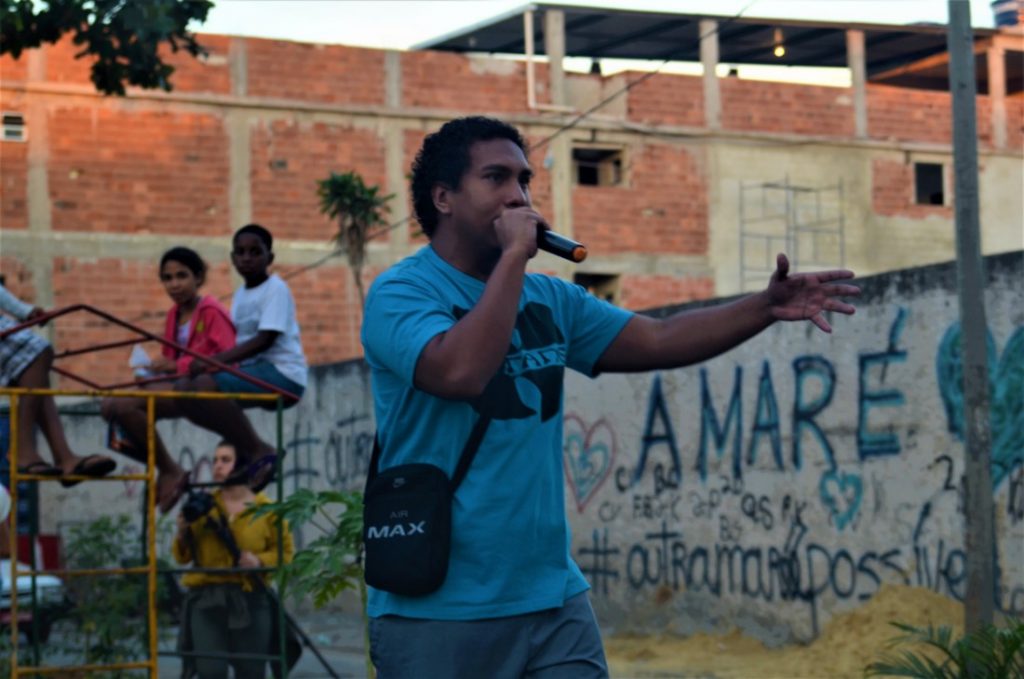 According to the cultural circle’s other members, their collective has stopped functioning due to a lack of sound equipment. The same week of the march, the group had held a mass cleaning and revitalization event around the square where they hold their events and announced an upcoming benefit event to raise money for new equipment. 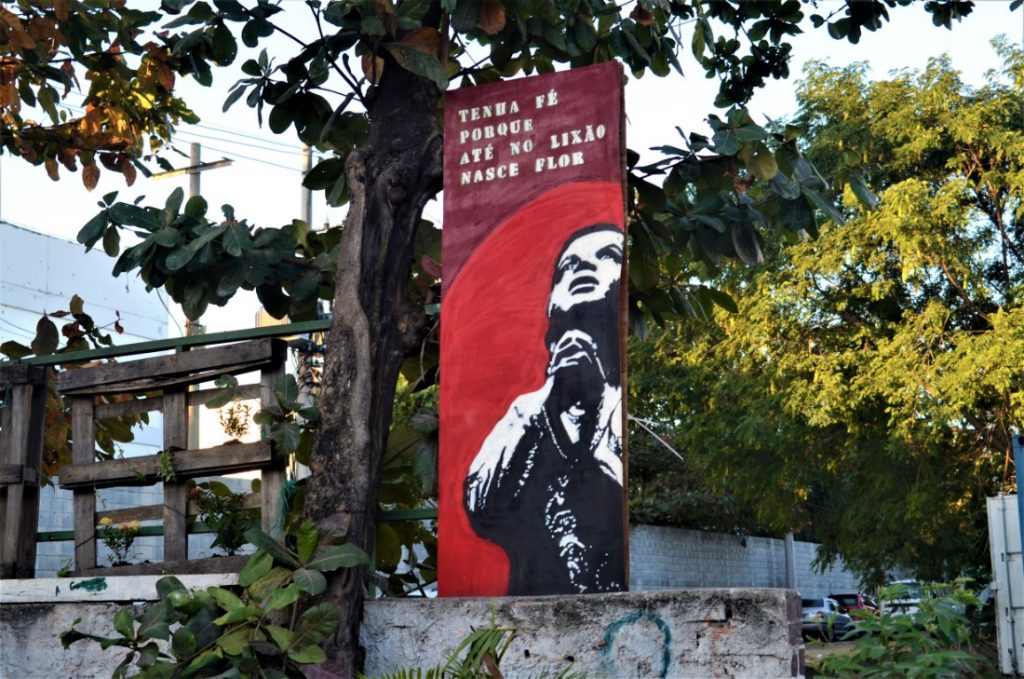 Other activities included a capoeira circle, activities for kids, and a community photography exhibit. 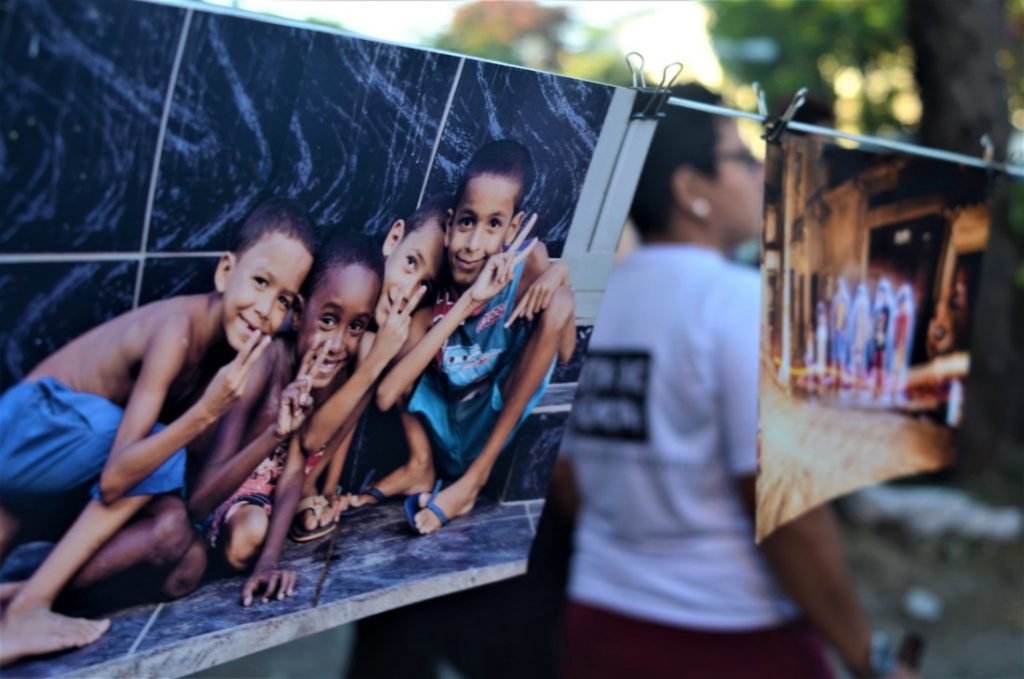