At 7:15am on Thursday, September 19, residents of Canal do Anil, a small favela located in the Jacarepaguá region of Rio de Janeiro’s West Zone, awoke to the sounds of chaos. In the early hours, officials from the Municipal Secretariat of Conservation and Environment (SECONSERVA) arrived with no judicial order, in excavator trucks, flanked by members of the Military Police, Municipal Guard, and Environmental Police. Without any prior notice, they began to demolish people’s homes and a community kitchen being set up by a local church. A total of 52 dwellings of brick, concrete and reinforced steel were destroyed. Many residents had already left for the day, leaving early to make their long commute to work in the city’s wealthier districts. Others were still asleep.

The houses were mostly built in the previous years by low-income families with no alternative shelter. Those homes that were spared (the City reportedly arrived with the objective of only demolishing uninhabited structures) were left standing isolated in a sea of debris. Pointing to a lonely looking structure in the middle of the destruction, Allan Silvio, Vice-President of the Residents’ Association of Canal do Anil, pointed out, “they only didn’t knock it down because there were three children in there.” 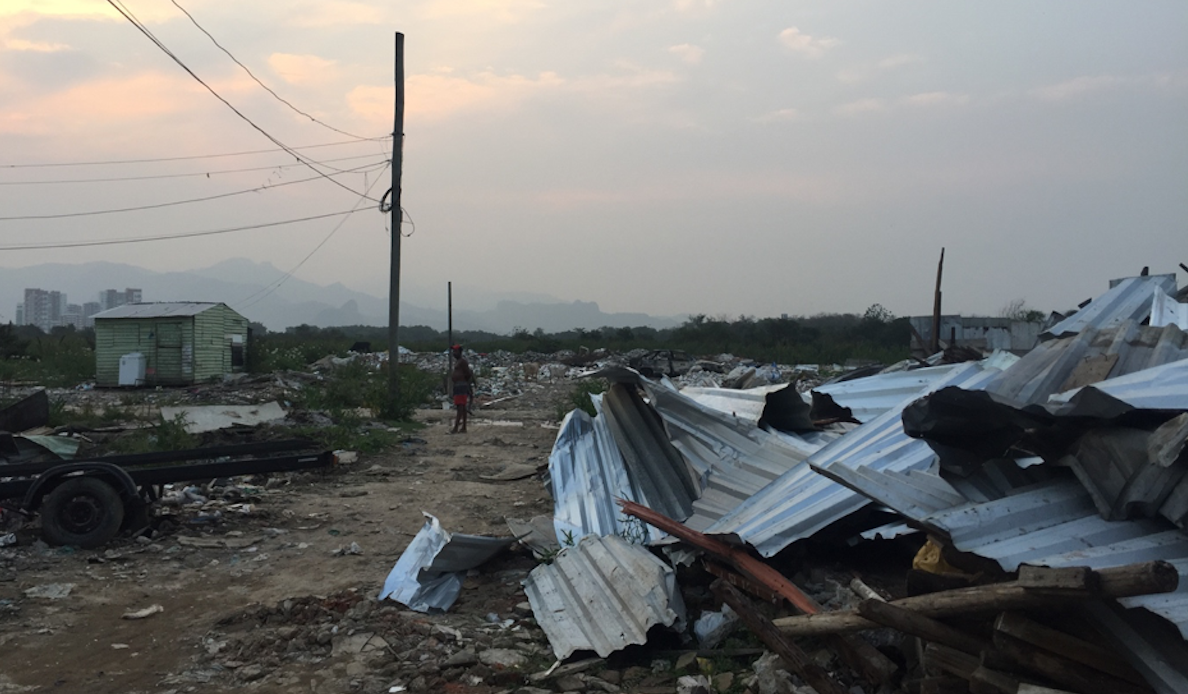 In what has become the most familiar form of State intervention in the favelas in the past decade, the City arrived with force. Speaking to O Dia, a local daily newspaper, Lieutenant Colonel of the 18th Military Police Battalion Leonardo Oliveira said, “The Military Police are here to guarantee the integrity of all, of residents and of City officials. We are here to ensure nothing gets out of hand.” When met by residents, who implored for answers, indeed any information at all, the Military Police replied with threats and aggression. “If you make a scene, you will be imprisoned,” said an officer, leaving residents with no choice other than to remain as silent observers while their properties were destroyed. Silvio reflected: “The police are supposed to serve and protect everyone… But when they come to (favela) communities, they don’t protect the people.”

Not only did residents not receive prior notice of the demolitions, but the City also did not send social assistance representatives, and those who lost their homes and businesses were offered no form of compensation, such as relocation to social housing. One resident, who did not wish to give his name, was in the process of completing a home adjacent to his own for his two brothers. The new house was completely destroyed. “They [SECONSERMA] broke the windows, saw that there was nothing inside, not even a bed, and then said ‘this house can be knocked down,’” recalls Silvio. The adjacent house was saved by the presence of children, but they were warned that the city would return with notices for demolition at some point in the near future, leaving residents uncertain over the future of their homes. 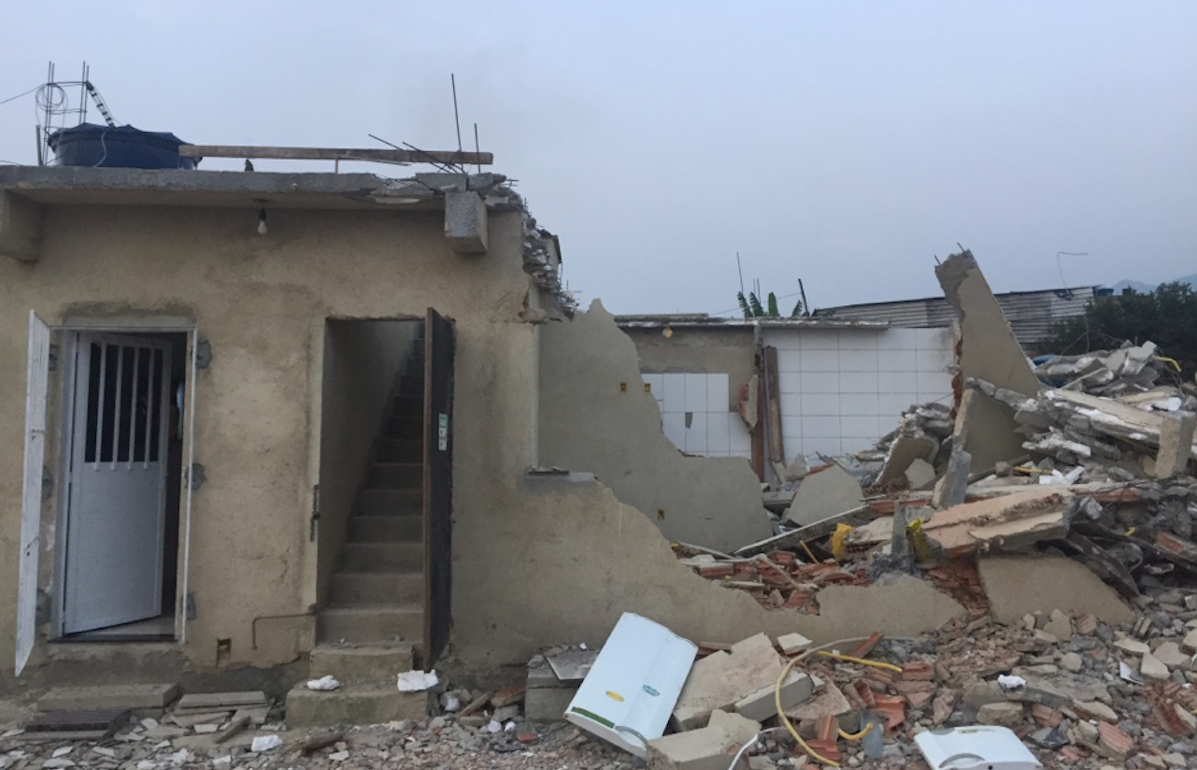 Residents say the City has neglected Canal do Anil for years, and long-promised public works have never been carried out. Three years ago, the City pledged assistance through the upgrading project Bairro Maravilha (Marvelous Neighborhood), but the projects never materialized. Today, the only visible infrastructure not built by the community itself is a small soccer pitch by the river, built by an NGO.

At the community’s entrance stands a social housing complex, a result of the Minha Casa Minha Vida (MCMV—My House My Life) program. According to Silvio, “It was supposed to be for people from here [Canal do Anil]. Today, there are people from Santa Cruz, people from Guadalupe, people from I don’t know where.” Residents of Canal do Anil have never been presented with the option to apply for social housing in their own area despite vacant apartments in the buildings. They are repeatedly denied their right to the city and are thus forced to create their own spaces.

The authority’s motives for demolition are questionable. While the City claims the dwellings were built on environmentally protected land, the visible presence of new, luxury high rises nearby brings this claim into question. The community is located between the Pan-American Village housing and a new shopping mall affiliated with the luxury Barra Shopping. Residents believe the shock evictions are tied to future plans to develop the peninsula on which their community lies.

A few miles away, Via Parque, a large shopping mall built in 1993 on what used to be a favela, stands as a reminder of the City’s plans for the Barra da Tijuca area. And Canal do Anil itself is no stranger to eviction efforts, having suffered seemingly endless threats and removals in the lead up to the Pan-American Games, the 2014 World Cup, and the 2016 Olympics. More recently, large works have begun to spring up around Anil, such as a new main road connecting Barra to the new luxury high rises. On the subject of city investments in Jacarepaguá, another resident voiced her opinion: “they do nothing for the poor, only for the rich.” 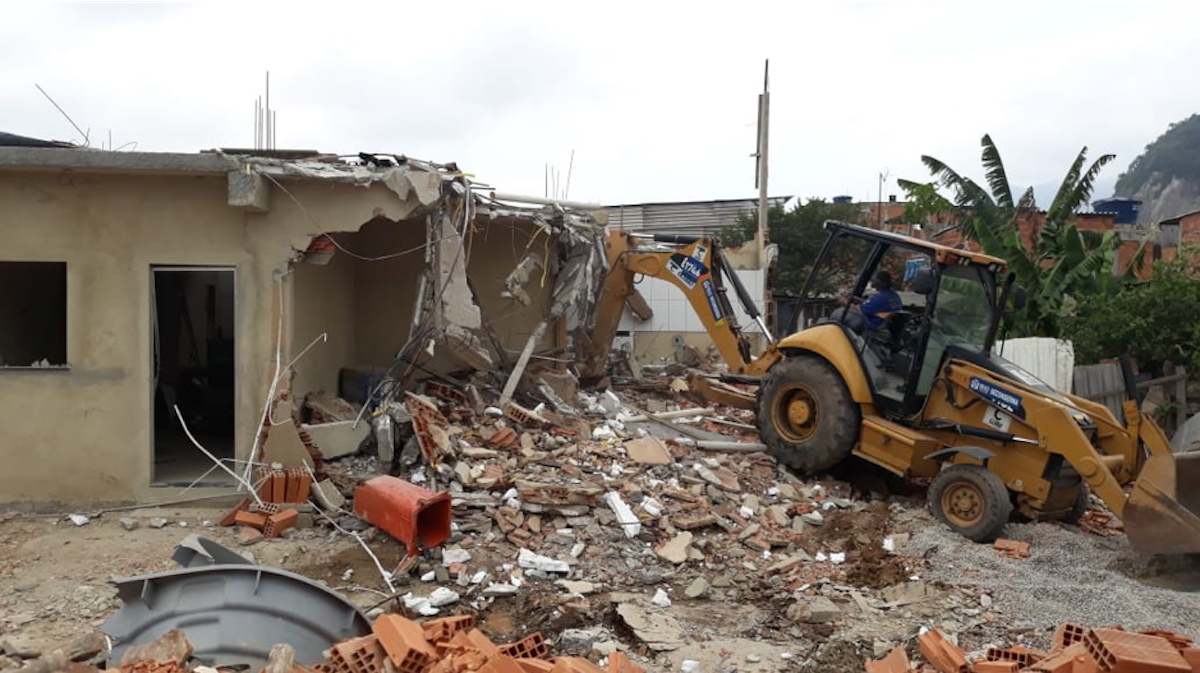 “Today they destroyed the dreams of many people,” said Jianne Araujo, who has lived in Canal do Anil for the last two years. Once again, the City has taken away its most vulnerable citizens’ right to live and their livelihoods. While the Canal do Anil Residents’ Association mobilizes the community, the Catholic Church’s Pastoral das Favelas organization and Public Defenders’ Housing and Land Nucleus (NUTH) organize in order to prepare for a likely return of the City’s demolition team. Residents fear more violent demolitions and forced evictions, like those seen in nearby Vila Autódromo in the run-up to the 2016 Olympics. Faced with a lack of alternatives and a government unwilling to provide sufficient social housing, these people have little choice other than to continue living irregularly in Canal do Anil with the looming threat of demolition. As Silvio put it, “where will these people go?”