Today’s piece, by undergraduate student Nasir Grissom of Williams College, explores ongoing CLT initiatives in Mississippi and the CLT model’s roots in the US Civil Rights Movement a half century ago.

In the state of Mississippi, where nearly 20% live below the poverty line, the concept of Community Land Trusts (CLTs) has garnered intense interest from community-based organizations, nowhere more so than in the west region of the state’s capital, Jackson, where residents suffer from even higher levels of poverty, and 41% of properties are abandoned. West Jackson has shown promising results for CLTs, both due to the availability of cheap vacant land and years of state neglect. There, CLTs have been used as tools to revitalize communities, empower a neglected population, and advance economic, social and racial justice in a context of structural racism, urban divestment, and suburban flight. 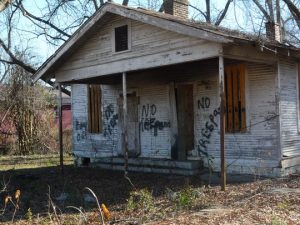 In the 1970s, CLTs in the US South initially focused on the perseverance of rural African-American farming communities. As an outgrowth of the Civil Rights movement, Robert Swann partnered with other civil rights organizers to create the first community land trust in the United States. New Communities Inc., developed as a CLT farming cooperative in Albany, Georgia with hopes of ensuring viability for the African-American farming families in the area. This week, in fact, from October 4-5, an overnight expedition will visit the site and celebrate New Communities’ 50th anniversary.

Later on, Swann would establish the Institute for Community Economics (ICE) as the foundation for community land acquisition, assisting in the consolidation of the CLT model. Popularized by ICE’s book, The Community Land Trust, CLTs began to be seen as potential solutions to gentrification and faltering neighborhood investment across the United States, allowing them to shed their rural image and take hold in cities. In 1992, definitions of the Community Land Trust entered into federal law through the Housing and Community Development Act, securing and legitimizing CLTs as a process of land tenure.

The introduction of CLTs in Mississippi situates itself between the rural movement for CLTs and the urban conceptualization of the CLT movement. As an outgrowth of the civil rights movement and the black liberation movement, Mississippi’s Malcolm X Grassroots Movement picked up the CLT model, using it for the economic advancement of minorities in the South through worker-cooperatives, fostering economic autonomy for disenfranchised populations.

Today, the Malcolm X Grassroots Movement has influenced the creation of CLT groups across Mississippi. One organization, Cooperation Jackson, though renowned for its focus on community engagement and skill-building events, has sought to expand its network, purchasing more than ten properties near Jackson, as part of their Jackson-Kush Plan. The plan, which centers around the idea of worker cooperatives as a means of economic mobility, will forward Cooperation Jackson’s goal of promoting self-sufficiency and skill-building within disadvantaged communities of Jackson, Mississippi. The CLT, in turn, helps lend stability and permanence to their initiatives. 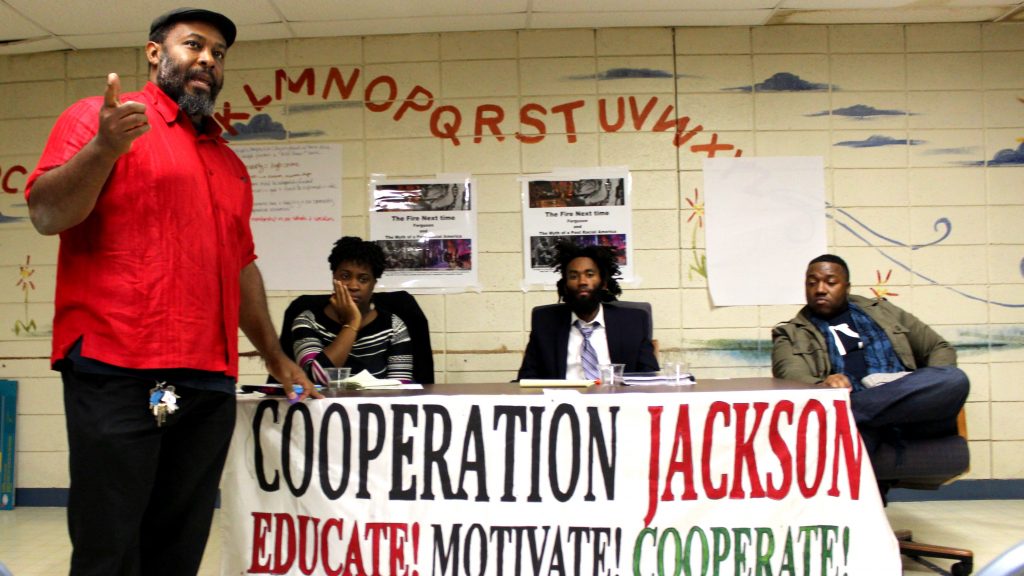 Cooperation Jackson is also working towards the creation of a new sustainable CLT model on Ewing street, in West Jackson, where absentee landlords and government neglect had left derelict buildings all over the neighborhood. The Ewing Street Eco Village plans to introduce price-capped homes and gardens in the area. The CLT has partnered with the Spitzer School of Architecture from the City University of New York to explore the use of modular urban housing that is both socially sustainable and economically responsible. However, with an unsupportive state, and the average income of $22,000 in the surrounding area, finding sufficient financial assistance will be a major challenge, and Kali Akuno, founder of Cooperation Jackson, fears the increased visibility of their projects may attract gentrification. 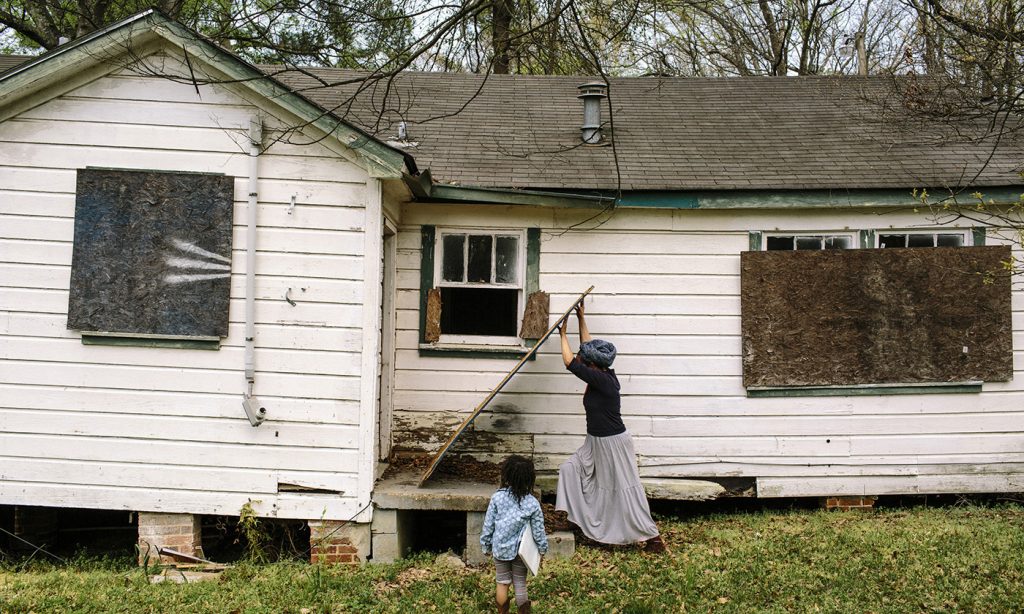 Another CLT,  the Cooperative Community of New West Jackson (CO-OP NWJ), acquired 65 properties within a sprawling, largely neglected eight-block area of West Jackson containing vacant lots, commercial and residential property, and long-term lease property. Instead of using outside contractors to revitalize the properties, CO-OP NWJ  contracted members of the community, allowing them to revitalize their own neighborhood and inject income into those households. With five on-site folk houses for visitors to rent, CO-OP NWJ has made their sustainable economic development model accessible to those from outside the community. In 2018, CO-OP NWJ was recognized as a “super host” by Airbnb for their remodeled properties.

These CLTs and many others have proven themselves transformative to their Mississippi communities. By focusing on skill-building, home renovation, and community engagement, these CLTs have bolstered community confidence and inspired cities around the country to explore possibilities for CLTs. In many ways, these organizations represent the core ideas of cooperative community and the push for economic revitalization in Mississippi and in the United States.

This is the first article in our series on the growth of the global CLT movement. Click here for more.