The third edition of the Imbariê Arts Festival (FAIM) took place November 15 in Duque de Caxias, a municipality in Greater Rio de Janeiro’s Baixada Fluminense region. The FAIM is a festival that exhibits art—from photography to film, music to artisanal crafts—and everything the periphery is capable of producing.

The rainy Friday gave way to good vibes among those that went to Imbariê to appreciate those who live in the neighborhood and make art to live—and survive. Visitors were greeted on arrival with the sight of children playing on a trampoline, along with the sounds of Kalebe Nascimento, Felipe Lobo, João Azevedo, Luís Fernando, and the group Barracão.

At the entrance, it was impossible not to stop and admire the production of the artists exhibiting their work. Inside, the work of various photographers and artists from the region set the tone for the day: Friday in Imbariê was a day for celebrating life and contemplating visual beauty.

The gaze of photographer Victor Vieira, for example, produces work that rescues the connection of black Brazilians to the history of the region. Vieira said that the path of gold, a name given to a stone trail from the Baixada city of Magé north to Petrópolis, built by slaves in the 18th century, could also be found in people’s faces, in their glow. For this reason, his photos feature a golden tone. 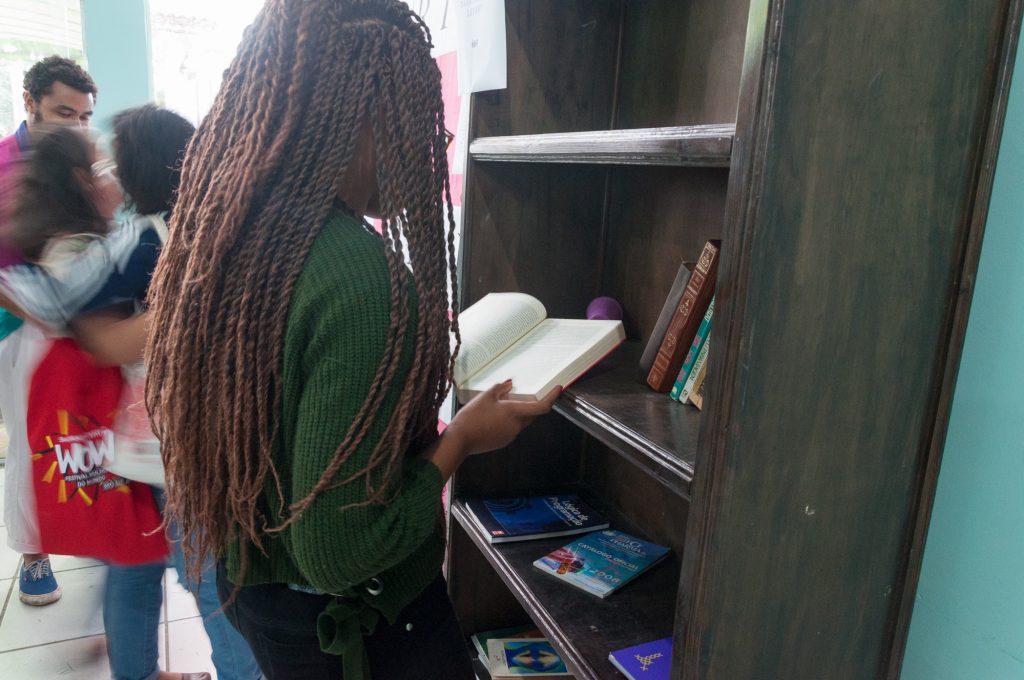 Vieira’s work was produced in a neighborhood adjacent to Imbariê called Parque Estrela, and the name that he chose for his exposition, Raízes (Roots), reinforced the same message that the day’s other artists hoped to send: we want to celebrate the people’s connection with the territory; we do not want to distance ourselves from our roots; we want to show what we do and show that we have value. 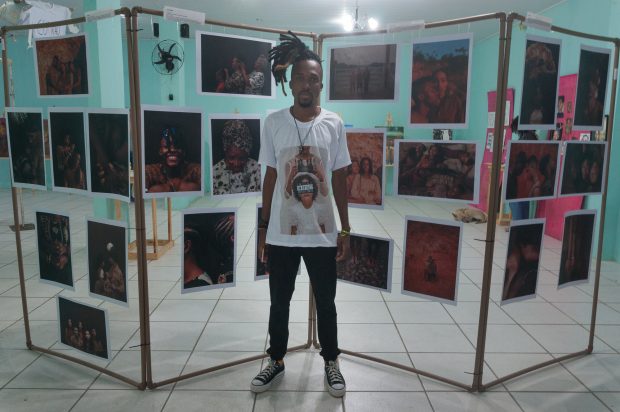 Breaking with the pattern of art exhibits found in the galleries of museums and major metropolitan centers, the festival gathered musicians, filmmakers, actors, professors, journalists, and a host of people that understood that appreciating and reverberating Imbariê’s voice is essential for weaving new artistic paradigms.

The FAIM was thought up by Imbariê resident and geography teacher Osmar Paulino. Paulino is a wanderer among the arts and education. Like a good teacher, he is an observer, and sees the potential in others. With this in mind, in his wanderings around arts and education—giving workshops on art, fanzines and cartography, and making his knowledge available to the community—he gathered a group of friends and began the festival in 2017.

Today, the FAIM is celebrated by residents of both Caxias and Rio’s greater metropolitan region. “The FAIM is, above all, a meeting of people with the goal of discussing the problems here, displaying, as well, the happiness and beauty of the periphery through art. Our work takes place throughout the year, as we hold workshops in peripheral art in public schools in the region. The FAIM is the culmination of this work. We do this because we understand that art, education, and culture are fundamental elements for the human constitution,” says Paulino.

The festival gathered the work of 15 artists, allowing for expression from the periphery and for the meeting of local youth. Luana Santos, an artist and teacher in the municipal school network of the neighboring city of Magé, believes that the FAIM is important because it allows youth to develop a sense of belonging. “We need something like this in my city,” said Santos, who exhibited her work at the event. 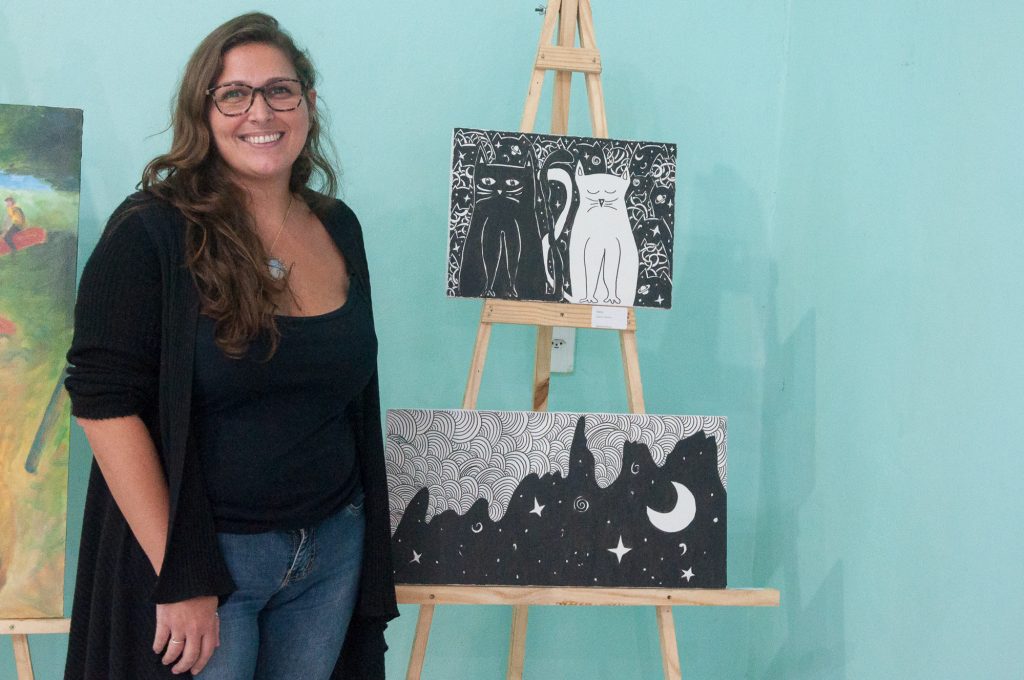 The event also provided space for independent producers to present their work, creating “our own economy,” a term widely heard at the event. Festival visitors also noted an incentive for independent production and debate around culture as a creative economy. “Imbariê is the periphery of the periphery of Caxias, and here is an art exhibit produced by a group of black people that is building subjectivity in their presentation and economic production,” said Wesley Teixeira, a resident of Caxias and coordinator of the +Nós popular college entrance exam prep course.

Another resident of the city, Jefferson Barbosa, journalist and columnist for Carta Capital, was at the FAIM to enjoy the art and culture of the Baixada. For Barbosa, the festival brought all of this together. “The FAIM is a space that showcases the future, that allows us to have hope for the space that we live in. It is really beautiful to see everyone here. This gathering is a celebration of life,” he said.

Rodrigo Duarte, a teacher and resident of Magé, also came to enjoy the event, noting that its importance is strengthened by the territory in which it takes place. What makes this festival different from the others, said Duarte, is the neighborhood’s simultaneous presence of drug traffickers and high-potential artwork. “The contrast caught my attention,” he said.

On the topic of artistic production and the patterns that dominate the arts, Bruna Maria, who was raised in Imbariê, said that paradigms are broken when photography, music, and film exhibits are produced by residents of the periphery and peripheral artists. “I see people like me, from where I’m from, showing what they see of the world. I am really, really happy to be here today,” said Maria.

Teacher Rose Cipriano, also a resident of Caxias, emphasized the diversity of the work on display at the FAIM. “Being here on the other side of Caxias, on the outskirts of the city, at an art show with this level of diversity is wonderful. I am really happy to see the Baixada doing this.”

The festival had many other visitors undertaking important work in their communities as well. Cyntia Matos, an activist for the solidarity economy, also collaborates with the Tia Angélica project, which has worked in children’s education for decades in the neighborhood of Parque Paulista, in Duque de Caxias. For Matos, “the FAIM is a space for art and education and is a landmark for the city, which is a place known only for violence. It is a space for connecting people.” 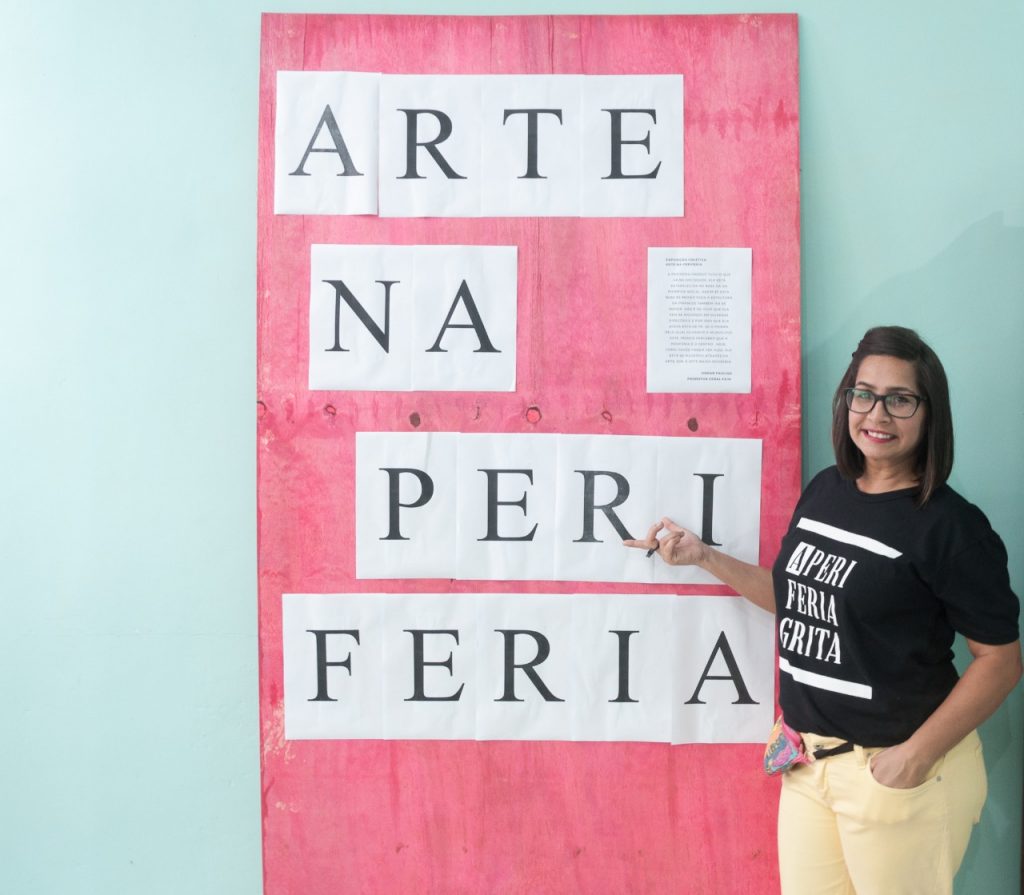 Filmmaker Gabriel Barbosa of Quiprocó Films was also present on Friday. Barbosa, excited, said that the FAIM is a gathering space where “good new things” are happening. Happily, he shared: “FAIM is a yearly event that brings together all the good things from the Baixada. It is a space for new beginnings, gathering the people from filmmaking, musicians. This [type of] mixed meeting produces new beginnings.”

Henrique Silveira, raised in Imbariê and executive coordinator of metropolitan NGO Casa Fluminense, affirmed: “the FAIM is a catalyst for an emerging peripheral cultural production, which has a very clear social aspect, bringing activism and reclaiming full life. The production of this event is a work of activism that demands that the periphery be a place of creation and aesthetic fruition.” 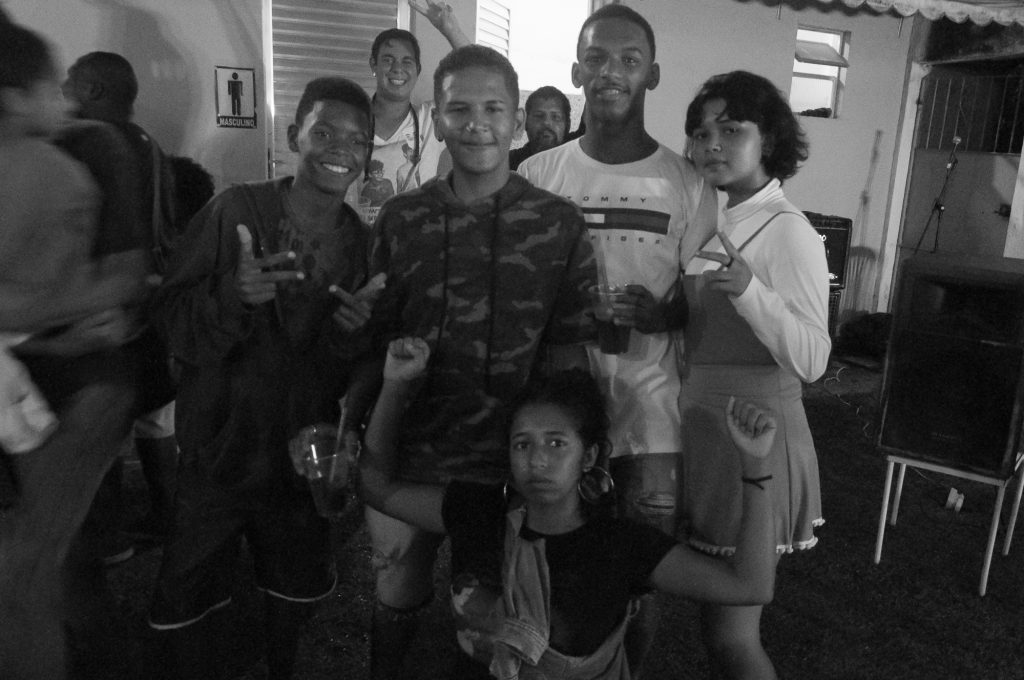 Thábara Garcia is a resident of Magé, a teacher, and a member of the Roda de Mulheres da Baixada collective.