Click here for original article in Portugese in Vila Favela. 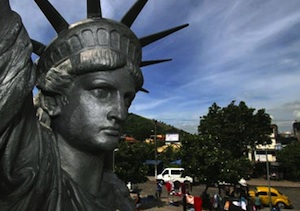 Technology plays an ever greater role in our lives: the fact that you are reading this now attests to this. Nowadays, we immediately turn to the Internet for answers to so many questions. As a matter of fact, when you’re done reading this I’d like you to enter the name of the place mentioned in the title of this article in your favorite search engine. Never been to Vila Kennedy? I invite you to get to know this place. Vila Kennedy will celebrate its 49th anniversary on January 20th, also the feast day of Rio de Janeiro’s patron saint, Saint Sebastian. The celebrations usually include community soccer and basketball championships as well as activities such as graffiti and capoeira. This year representatives of the Business-School Integration Center (Centro de Integração Empresa Escola–CIEE) registered young people for the Youth Internship program.

The community of Vila Kennedy was established in 1964, with support from the U.S. Government as part of the Alliance for Progress program, through which President Kennedy sought to promote social and economic development in Latin American countries. President Kennedy was assassinated in 1963, one year prior to the creation of the area named in his honor. Carlos Lacerda, the governor of Rio de Janeiro at that time, oversaw the construction of the first planned community in Rio with housing projects for displaced residents from the Favela do Esqueleto, which was demolished to make way for construction of Guanabara State University, now known as the University of the State of Rio de Janeiro (UERJ) in the Maracanã neighborhood. “The Favela do Esqueleto was first settled shortly after the Maracanã Stadium was built. The first shacks were built in the area around the construction site. Within a few years, with numerous types of shacks, the Favela do Esqueleto was the largest favela in the city.” In that first instance residents were also brought following evictions from Favela Praia do Pinto on the (Rodrigo de Freitas) Lagoon, and Favela de Ramos. 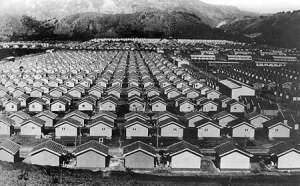 The government initially built some 5,000 houses in Villa Kennedy but the distance from downtown Rio, in addition to inadequate public transportation, meant a commute of up to three hours for residents. Another problem, all too common in Brazil, was that the project was never fully completed. The plans for Vila Kennedy initially included a crafts studio, a clothing factory, laundry facilities, pens for livestock, sports fields and other facilities which were to be run by residents. However, two years after the founding of VK, as the community is known, inspectors confirmed that none of these plans had been implemented.

While the community has overcome many of the problems of its early days, there are still issues with public transportation, namely bus service to downtown Rio (although improvements have been made to the 394 bus line), and violence currently plagues the community of VK.

The approximately 144,000 residents, according to the most recent (2010) IBGE census, living in Vila Kennedy’s Quafá, Jardim do Éden, Vila Progresso, Metral, Malvinas, Pica-Pau, Alto Kennedy, and Alto Congo neighborhoods now have access to basic services provided by public agencies such as an urgent care clinic (UPA, by the Portuguese acronym), the Henrique Monat Health Clinic, the 14th Battalion Military Police station, as well as several public schools. However, residents often complain about the quality of these services and others. Unfortunately, these complaints do not always result in improved services. Trash, for example, is ubiquitous in the streets of Vila Kennedy despite the presence of Comlurb, the city’s sanitation department. 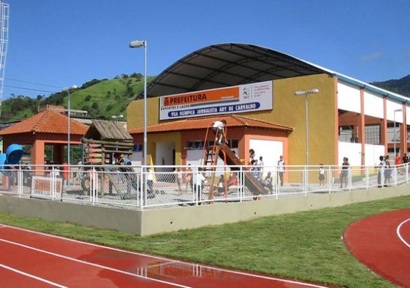 While life in Vila Kennedy can be difficult, there are several spaces for cultural and leisure activities, such as the Ary Carvalho Olympic Village, the Mário Lago Theater (residents are fighting a state government plan to close the theater) and the headquarters of the Unidos de Vila Kennedy Samba School (founded in 1968). The Brother Kennedy Community Center, established in 1969, offers courses and trainings, and the Friends of Vila Kennedy Society (SAVK, by its Portuguese acronym) provides health services, especially to women. In addition, other activities have been organized by dedicated residents who are committed to improving the quality of life. 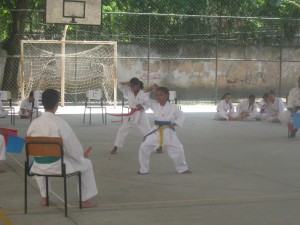 Residents of Vila Kennedy have been working to improve the quality of life continuously throughout the history of the community. Some current residents active in this quest include filmmaker Guilherme Junior, who organized the Vila Kennedy Short Film Festival; actor and writer Ravengar, who created the “Arvores e Meninos” (“Trees and Children”) program, which facilitates the planting of trees in VK; former soccer player Fábio Américo, who coordinates (from his wheelchair) a sports program; resident Jacy Dão, who along with other residents has been running the Vila Kennedy Against Hunger program for the past 12 years; the VK run for peace; and tour guide and researcher Alex Belchior, who created the Vila Kennedy web site. Other residents involved in improving the community include three-time Brazilian boxing champion Fábio Leão, who was wheelchair-bound from injuries resulting from his involvement in drug trafficking and then went on to participate in the Pan-American Games. Mr. Leão is now a teacher for prisoners in the Bangu Penitentiary, where he was a prisoner, and for children, in the backyard of Vila Kennedy’s Assembly of God church. He also serves as a workshop facilitator for the Grão program, created by Judge Thelma Fraga (who found him guilty). Those who know Mr. Leão personally attest that his life story proves that nothing is impossible. Those who do not have the privilege of knowing Mr. Leão will have the chance to learn about his inspiring story in a film currently under production.

There are surely many struggles ahead, but there is no shortage of dedicated people ready, willing and able to help in Vila Kennedy.