On July 1, contributors to the book Coronavirus and Cities in Brazil: Reflections During the Pandemic hosted a live conversation on YouTube about the virus’ urban impacts. The book unites 33 short essays by architects, urbanists, economists, historians and engineers who reflect on topics ranging from the widespread difficulty of carrying out home isolation, to the realities of evictions and domestic violence. At the online discussion, the panelists argued for changes in Brazilian cities such as participatory policymaking and democratic renewal.

Amid the pandemic, they pointed out that poorer, politically under-represented neighborhoods—many home to primarily Afro-Brazilian populations—not only have to deal with the risk of a deadly virus, but also with issues like forced evictions and state violence. The path forward, the panelists argued, involved increasing representation for and public funding going toward those neighborhoods.

“In order to recover our democracy, we have to work in the cities, in the neighborhoods, in the schools,” said Erminia Maricato, former São Paulo Secretary of Housing and Urban Development and former Executive Secretary of the now-defunct Ministry of Cities.

The panel was moderated by Leila Marques, one of the book’s organizers, former director of the staff association of the Federal Center of Technological Education of Rio de Janeiro (Centro Federal de Educação Tecnológica, Cefet) and advisor to the Rio de Janeiro Council of Architecture and Urbanism (Conselho de Arquitetura e Urbanismo do Rio de Janeiro, CAU/RJ). The speakers included Fábio Bruno de Oliveira, researcher at the Federal University of Rio de Janeiro (UFRJ) and former Superintendent of Urban Management for the municipality of Nova Iguaçu in the greater Rio metropolitan area; Regina Bienenstein, architecture and urbanism professor and coordinator of the Nucleus of Studies on Urban and Housing Projects (Núcleo de Estudos e Projetos Habitacionais e Urbanos) at the Fluminense Federal University (UFF); and Erminia Maricato, retired professor at the University of São Paulo (USP), former Secretary of Housing and Urban Development of the City of São Paulo, and former Executive Secretary of the Ministry of Cities, a federal cabinet-level position. 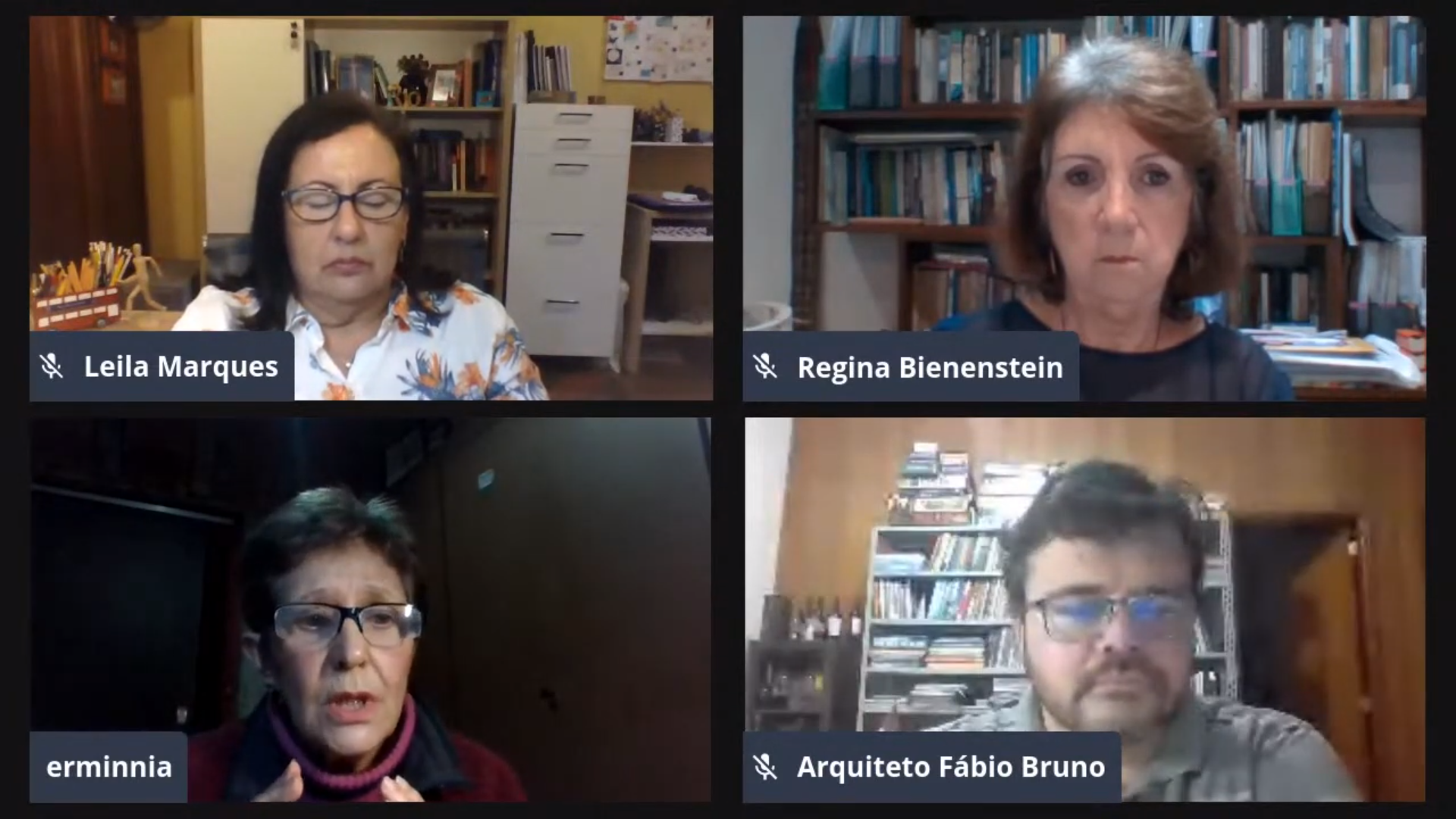 The tone of the discussion was grave, as panelists acknowledged that the health crisis also comes amidst a political and economic crisis in Brazil. Furthermore, the World Health Organization’s social distancing guidelines are impossible to maintain in many high-density parts of Brazilian cities. To Bienenstein, the behavior of Brazil’s executive branch, which is denying the severity of the coronavirus as it inflames misinformation and disparaging sentiment about the political opposition and the press, amounts to a “genocidal political crisis.”

In response to this, initiatives at the city level can be powerful focal points for reform, said Maricato, who said her optimism comes from an active network of urbanists and engaged citizens called BrCidades. “Today, in the WhatsApp group of the network, various people commented, ‘This network is an oasis.’” BrCidades focuses on work toward social justice and environmental sustainability in cities. The group’s momentum brings Maricato joy, she said—it shows “there is a lot happening in Brazil.”

The crisis can be an opportunity for change, said Bruno de Oliveira, who echoed the sentiment that cities can be a focal point: “Pandemics build cities.”

He argued for deep-reaching changes about who gets to determine how land is used in cities: “The issue of urban land is in the hands of construction companies and businessmen,” he said, adding that their search to make a profit often conflicts with the well-being of those who live in the informal or peripheral city. 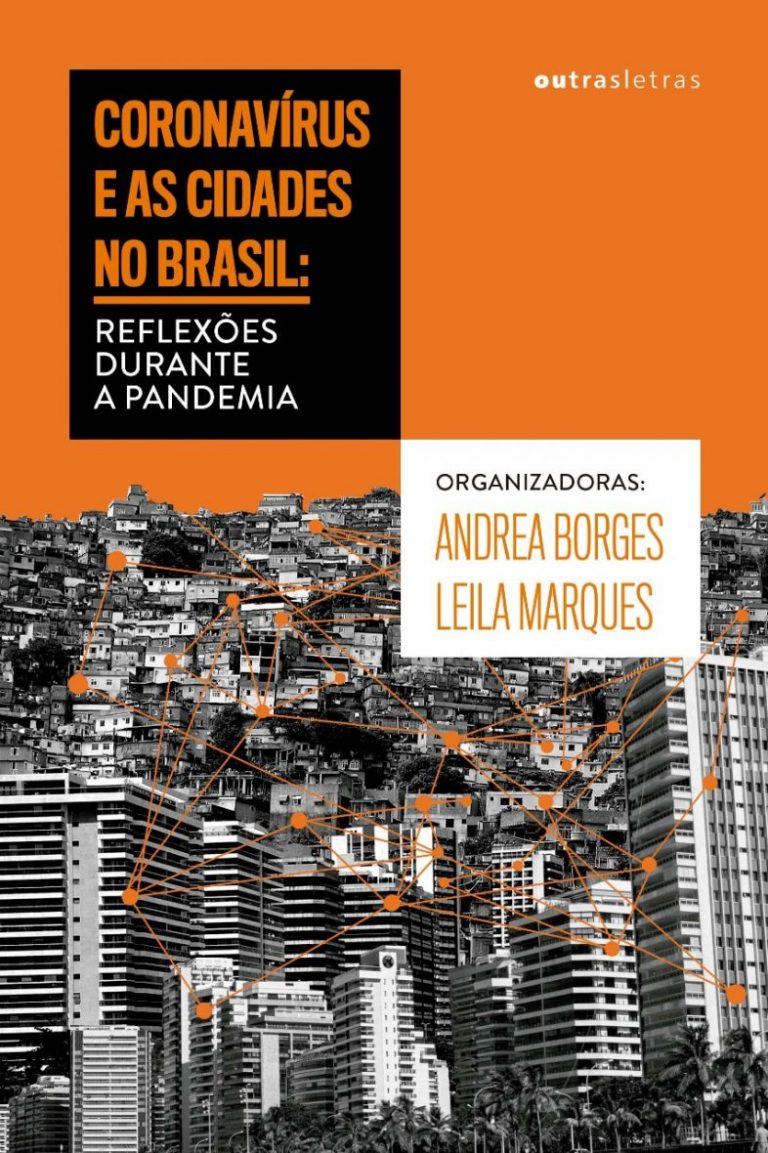 Bienenstein commented that the government of Rio mayor Marcelo Crivella puts business interests over popular interests. Changing that paradigm will take intense political participation, she said: “This transformation will only happen through the power of the people.” Maricato, too, called for more democratic participation and integration of working class sectors into the political process in order to close the participation gap. She said that while Brazil has strong legislation on political participation, it is often not implemented.

The panelists emphasized the importance of considering successful urban initiatives from other parts of the world as well as from Brazil. Bruno de Oliveira shared the concept of a “15-minute city,” in which services were planned such that all residents could access everything they need—schools, jobs, healthcare, and supermarkets—within a 15-minute radius of their homes on foot, bike or public transportation. The idea has been implemented in places like Melbourne and Paris, and Bruno de Oliveira praised its ability to revitalize neighborhoods and decrease traffic.

Maricato, meanwhile, praised participatory budgeting, which started in Brazil decades ago and has been implemented in some cities across the country, and investments in schools and nutrition, such as the Integrated Centers for Public Education (CIEPs), which greatly strengthened public education in Rio de Janeiro and Brazil during the 1980s and 1990s.

Bienenstein and Maricato emphasized the importance of universities in the transformations they seek: It “isn’t just for future professionals, but it is also training for residents and leaders. From there, it is a two-way street, it is teaching and learning,” said Bienenstein.

Furthermore, she said, universities play an important role in “backing popular movements. We have technical knowledge. We have to make this knowledge available to the most vulnerable groups.”

A final aspect that stood out to Maricato was the urgency of elections. “Let’s elect people we trust. And let’s defend democracy. It’s fundamental.”