This is the second installment of a two-part piece looking at a Brazilian Supreme Court case known as “ADPF das Favelas.” It discusses the effects of a legal opinion and a temporary order issued by Justice Edson Fachin and the significance of the case going forward. To read part I, click here. The series is part of our partnership with The Rio Times. For the report as published in The Rio Times click here.

Supreme Court Justice Edson Fachin’s June 5 temporary order in the ADPF 635 case, known as the ADPF das Favelas, suspended police operations in Rio’s favelas for the duration of the coronavirus pandemic except in “absolutely exceptional” circumstances. The court’s ten other justices began deliberating the case on June 26. Due to a court recess in July, the proceedings will continue in the beginning of August.

The wording of Fachin’s temporary order echoed the strong tone of his previously issued opinion on the case. It extensively questioned the legitimacy of Rio police officers’ use of force, writing, “nothing justifies a 14-year-old child being shot at more than 70 times. That fact alone indicates that given current norms, nothing will be done to diminish police lethality, a state of affairs that in no way respects the Constitution.”

Many supporters of the ADPF lawsuit, who discussed it at a June 25 online panel, took in the news of Fachin’s order with caution given what they described as the justice system’s historic lack of control of police actions. According to Brazil’s constitution, state public prosecutors’ offices are responsible for external control of police activities. Rio’s State Public Prosecutor’s Office told researchers in 2016 that they filed charges for only four of the 3,441 police killings between 2010 and 2015—a mere 0.01%. The Intercept Brasil reported that of the record-breaking 741 police killings in the first five months of 2020, the public prosecutor filed charges for only one. At the panel discussion, Pablo Nunes of the Center of Studies of Security and Citizenship (CESeC) at Cândido Mendes University said that in 2018, the public prosecutor solved less than 4% of more than 1,500 police killings.

In their legal filing, the claimants in the ADPF das Favelas called for the Public Prosecutor’s Office to be obligated to exercise its control of state security forces in Rio de Janeiro and suggested that it be internally reorganized to better achieve this. As things currently stand, said public defender Lívia Casseres, the justice system has long allowed “illegal and unconstitutional use of force” by law enforcement officers in Rio. Wallace Corbo of NGO Educafro described the ADPF das Favelas as the most recent of many past “tests” and an opportunity for the Supreme Court to use its legal sovereignty to “re-orientate this structure [and] this way of thinking.” 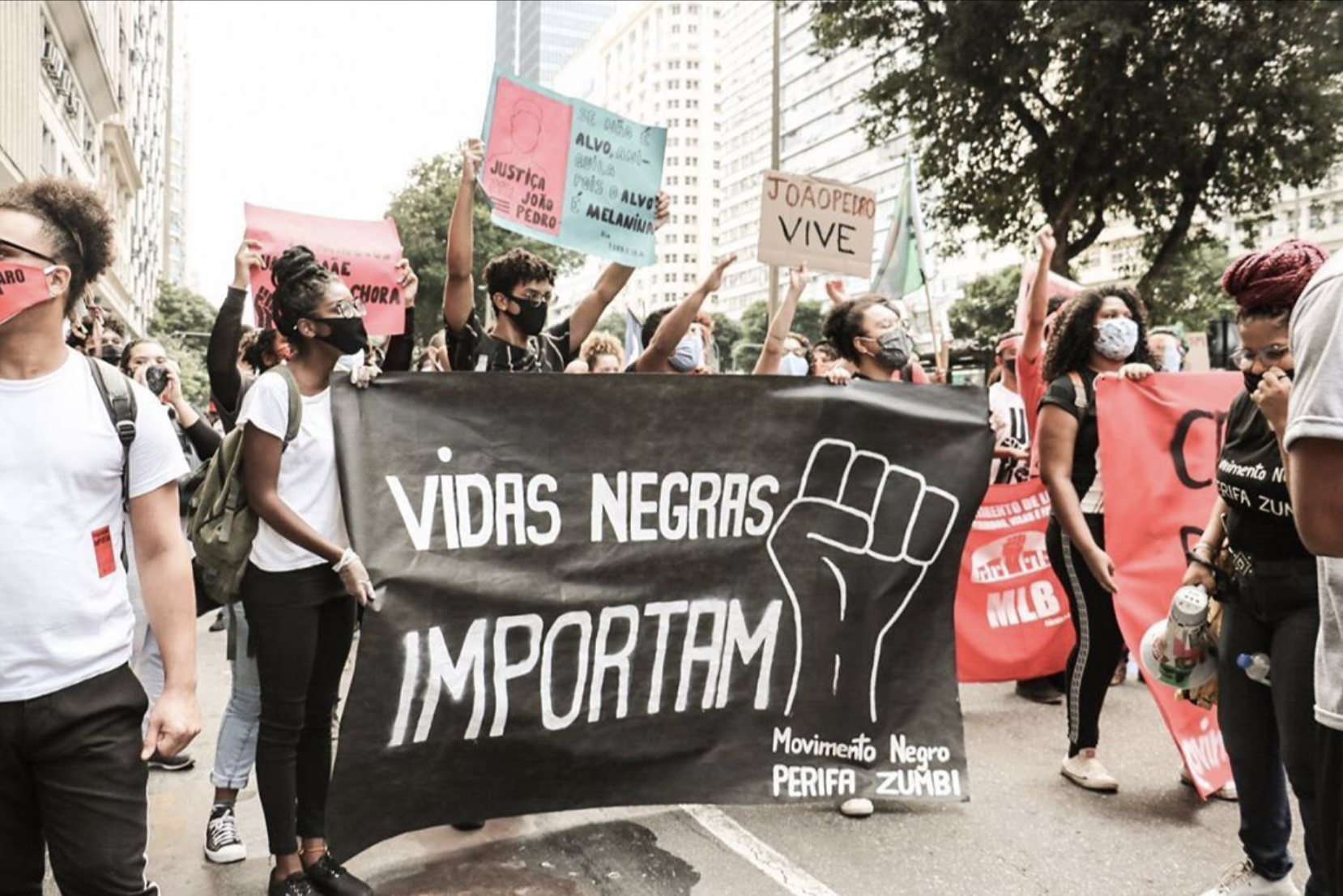 The ADPF das Favelas and Fachin’s temporary order have drawn harsh criticism from some police officers. “Even during a pandemic, organized crime does not stop,” Felipe Curi, operational sub-secretary of Rio’s Civil Police, told news site G1. Colonel André Luiz Batista, commander of the Military Police’s Shock Battalion, told G1 that those killed by police are “agents outside of the law, delinquents. It is not a death that is calculable from a humanitarian point of view […] if they stopped dying, they would probably commit other crimes.”

Over the month of June, however, following Fachin’s order to stop police operations, homicides in Rio fell 6.2% from their May total, deadly violent crimes fell 6.8%, and vehicle robberies fell 11.2%, according to government statistics.

Impacts of the ADPF Case So Far

Following the court decision, police killings in Rio fell from 129 in May to 34 in June. Between June 5 and June 19, there was a 75.5% reduction in deaths during police operations in comparison with averages for the same period between 2007 and 2019, according to analysis by Fogo Cruzado and the Group for the Study of New Illegalities at Federal Fluminense University. These reductions amount to 18 lives being saved in just 15 days, or around 9 deaths prevented per week. The groups estimate that if the ban on police operations were extended for a full year, around 468 lives of citizens and police personnel would be saved.

Many behind the ADPF emphasized that its contributions—in addition to its immediate potential to save lives and forward-looking proposals for reform—also include the strength of its analysis on racism’s role in continued state violence. The amici curiae brief discusses “structural racism which permeates the history of the institutions of [Brazil and] created the bases that underlie the savagery promoted by the current public security policy in the state.” Brazil’s Civil and Military Police were created in the 19th century, it notes, “intimately linked to the installation of the Portuguese court in Rio de Janeiro and the guarantee of protecting a slaveholding elite.”

At the online discussion, Corbo said that the way police operations are conducted in favelas today reflect a “racist logic” which is “shaped by a set of values that simply don’t see some lives as lives, homes as homes, people as people.” The opinions of the Supreme Court Justices in the ADPF das Favelas case, said Corbo, will be their opportunity to respond to a very clear question: “Do black lives matter?” 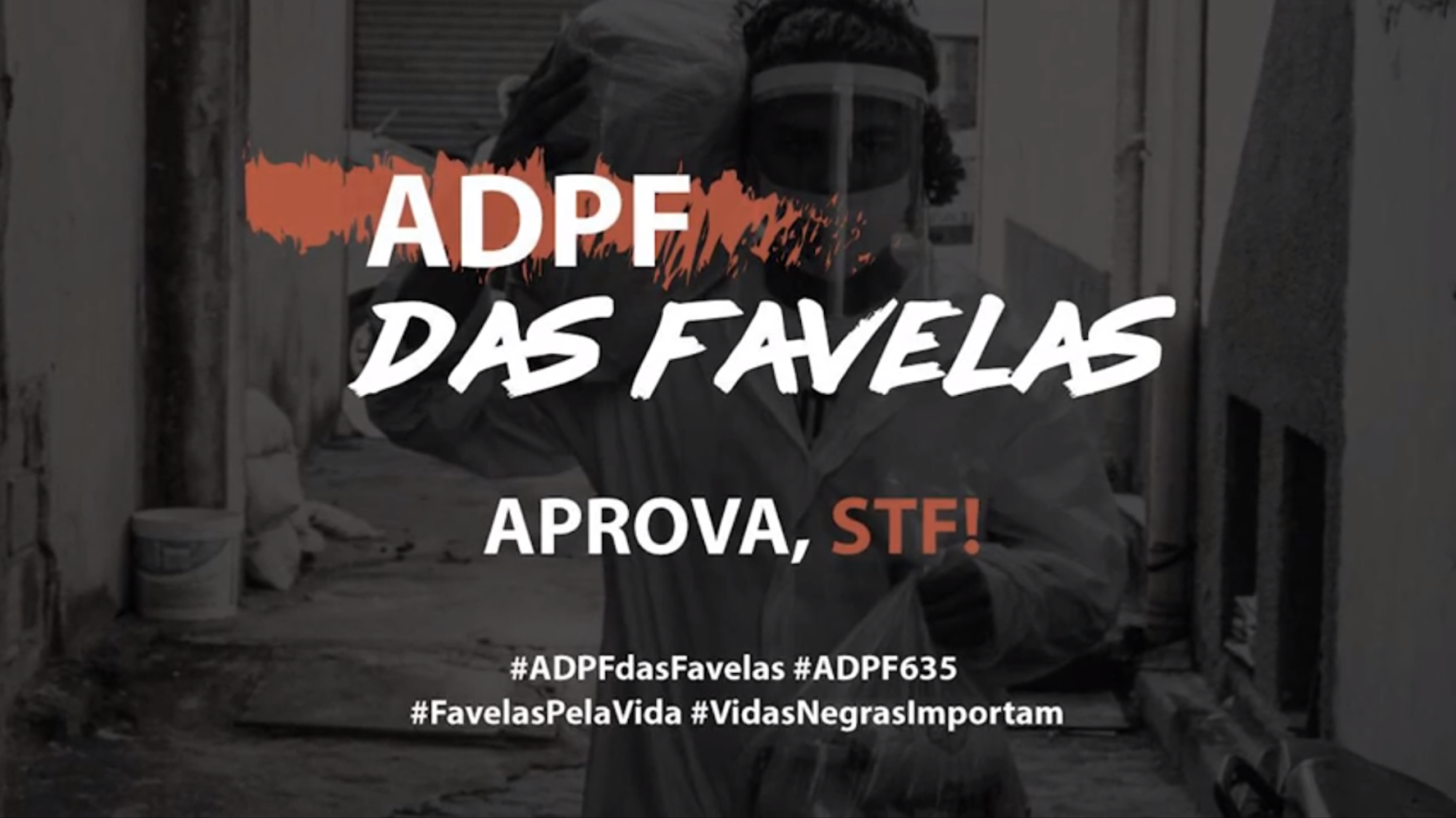 The case coincides with new efforts at the United Nations to study and denounce systemic racism by law enforcement agents against Afro-descendent populations: in June, the Human Rights Council resolved to solicit a report on the issue from the High Commissioner on Human Rights.

Some activists who are part of the amicus curiae for the ADPF das Favelas emphasized that ultimately, it is not the government alone that will decide the well-being of favela residents. Residents have “resisted until now […] because previous favela movements, black movements […] constructed some type of support” in the face of government neglect, said Fransérgio Goulart of the Right to Memory and Racial Justice Initiative. Mutual aid during the pandemic, he said, is just the most recent example of how, in the face of need, “it wasn’t the state that responded, it was the residents themselves […] I think that the actions for combating Covid-19 show that we have capacity beyond the reasoning of the state.”

Still, at this moment, that capacity may prompt a state body to take responsibility for violations in Rio’s favelas like never before. Such a decision could then become powerful precedent. What happens in Brazil’s Supreme Court “can move other [legal and human rights] bodies,” said Camila Asano of Conectas.

A social media campaign calling for the approval of the ADPF is underway with the hashtags #ADPFdasFavelas and #ADPF635, often followed by the hashtag #VidasNegrasImportam (Black Lives Matter).

Favela residents called for the enforcement of the ADPF das Favelas beyond the pandemic. “The [Supreme Court] thinks that now, because of the pandemic, that [police] operations shouldn’t happen. Operations should never happen,” said Renata Trajano of Coletivo Papo Reto and the Alemão Crisis Center. “We deserve respect all the time and not only when [the court thinks] that we need to have it,” said Eliene Vieira of Mothers of Manguinhos.