This is our most recent article in a series created in partnership with the Behner Stiefel Center for Brazilian Studies at San Diego State University, to produce articles on human rights and socio-environmental justice in the favelas for RioOnWatch.

At the beginning of 2020, residents of Rio de Janeiro began to complain about problems with their tap water, reporting online that it was murky and smelly. As they rushed to supermarkets, the price of bottled water spiked. This left favela residents especially endangered, as paying inflated prices for bottled water was financially out of reach for most.

In a city where only 42.9% of the sewage is treated, according to NGO Instituto Trata Brasil, hydraulic crises like this one are not surprising. To fix this issue, Brazil’s government has revised its Basic Sanitation Regulatory Framework, making it easier for sanitation services to be privatized through a bidding process that proponents argue will allow them to universalize sanitation. By 2033, the Framework claims that 99% of the population will have access to drinkable water, and 90% to sewage collection and treatment. It is within this new framework that the executive board of Rio’s state-owned water utility, CEDAE, has voted in favor of its privatization.

Urban planners and human rights advocates warn that as privatizations occur under the revised Framework, challenges for favelas will include guaranteeing service in poor areas, obtaining access to information about new services, and knowing who to pressure when problems occur.

“The excuse is that they can’t deal with the current inequality [of service], and private investment will fix this,” said Suyá Quintslr, a professor in urban and regional planning at the Federal University of Rio de Janeiro. Quintslr spoke at an online seminar organized by the Sustainable Favela Network.* She said academic research shows that with privatization, after a period of visible but simple changes—for example, the supply of new pipes to improve sewage networks—services tend to worsen in poorer areas. As for-profit corporations’ ultimate goal is to distribute profit to shareholders, she explained how this single-minded focus precludes investment in favelas. 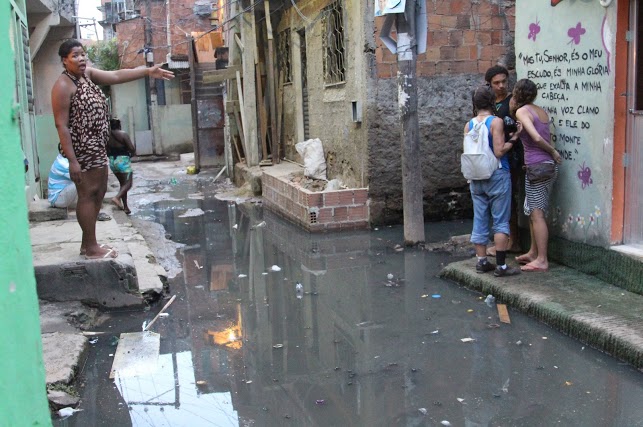 “These private suppliers will favor rich areas, like Ipanema. And in poorer areas, in which residents have low purchasing power, services will tend to decline.”

Facing the risk of being left behind, favela residents are educating themselves on the impacts of the revised legal framework and discussing alternative ways to access clean water. At the seminar, lawyer Tatiana Bastos of the Collective Law Institute described the lack of transparency around water quality.

“CEDAE’s annual report should give us information about the 104 indicators used to analyze water quality. Weirdly, this report has only two pages—it’s far from providing the transparency we need as consumers,” she explained.

Clean water and access to sanitation is a basic human right and Sustainable Development Goal number six of the United Nations. Bastos adds that social mobilization is key in order for this right to be fulfilled. But under the revised Framework, favela residents are questioning how they can participate and guarantee those rights when the service provider is a private company. Unlike how they responded in January when the water turned brown, favela activists feel they will no longer be able to march to the headquarters of CEDAE and make demands directly to public decision-makers. 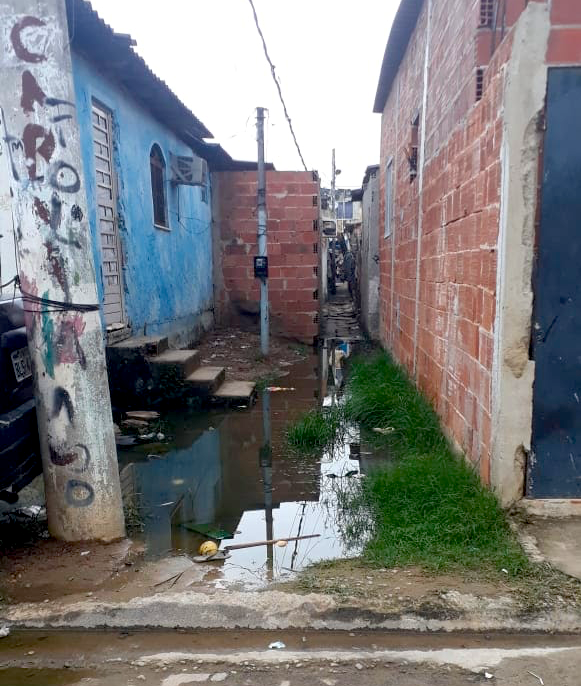 “When it becomes privately-held, who knows who the decision-makers are? It will be managed by groups and international capital—that direct accountability is no longer possible. To whom are we supposed to demand our rights now?” wondered Quintslr.

To guarantee that companies fulfill their part of the deal, the revised Basic Sanitation Regulatory Framework states that if the milestone of universalization isn’t reached by 2033, sanctions will be applied to suppliers. Distribution of dividends will be prohibited, and contracts canceled, with municipalities resuming the service.

Quintslr explains that universalization is only possible through cross-subsidization, in which companies can service poorer areas with the capital raised from richer ones. If private companies prioritize high-income areas only, the state’s target won’t be achieved. Furthermore, she says, “favela communities will understand this cherry-picking and give up on private suppliers by choosing other alternatives like collecting rainwater.” They might also opt for illegal options that are harmful to their health, she adds: “They might start buying water from militias or contract water trucks, which ends up being more expensive. And drilling a well isn’t free, the water that comes from underground is potentially contaminated. They use it for baths, causing skin problems for children. But these communities can’t buy mineral water to take showers!”

To Quintslr, the revised Framework reflects the environmental racism present in State policies, as black, poor and peripheral communities will be those affected by externalities.

When it comes to the new Basic Sanitation Regulatory Framework, Quintslr says it is an open question whether the state’s best intentions will be realized, or whether only the usual suspects will benefit from CEDAE’s privatization.

*The Sustainable Favela Network and RioOnWatch are both projects of the NGO Catalytic Communities (CatComm).