“We can’t wait another ten years [to have black women elected],” Marielle Franco said hours before she was assassinated in March 2018, during her mandate as a Rio de Janeiro city councilor. Two years later, the Marielle Franco Institute, established in her memory, is putting her legacy into action by presenting the Elections Anti-Racist Platform (Plataforma Antirracista nas Eleições, PANE). It aims to encourage the entry of black women into decision-making spaces, putting pressure on political parties to enable the highest possible number of candidacies with anti-racist agendas.

Anielle Franco, Marielle’s sister and leader of the Institute, explained to news site UOL how the initiative’s first action—in partnership with Educafro, the Black Women Decide Movement (Movimento Mulheres Negras Decidem), and the Black Coalition for Rights (Coalizão Negra por Direitos)—focused on fighting for financing for black candidacies. With the support of more than 10,000 people and hundreds of organizations, on August 25 the platform had a victory: judges from the Superior Electoral Court (TSE) approved requirements for proportional distribution of public campaign funds (the Fundo Especial de Financiamento de Campanha, FEFC) and television ad time for black candidates, which will come into effect beginning in 2022. A second victory occurred on September 9, when Supreme Court Justice Ricardo Lewandowski decided that these quotas should be applied in the 2020 municipal elections. This meant that in this year’s elections, political parties had to distribute their election resources for TV and radio airtime in an equitable way between white and black candidates. 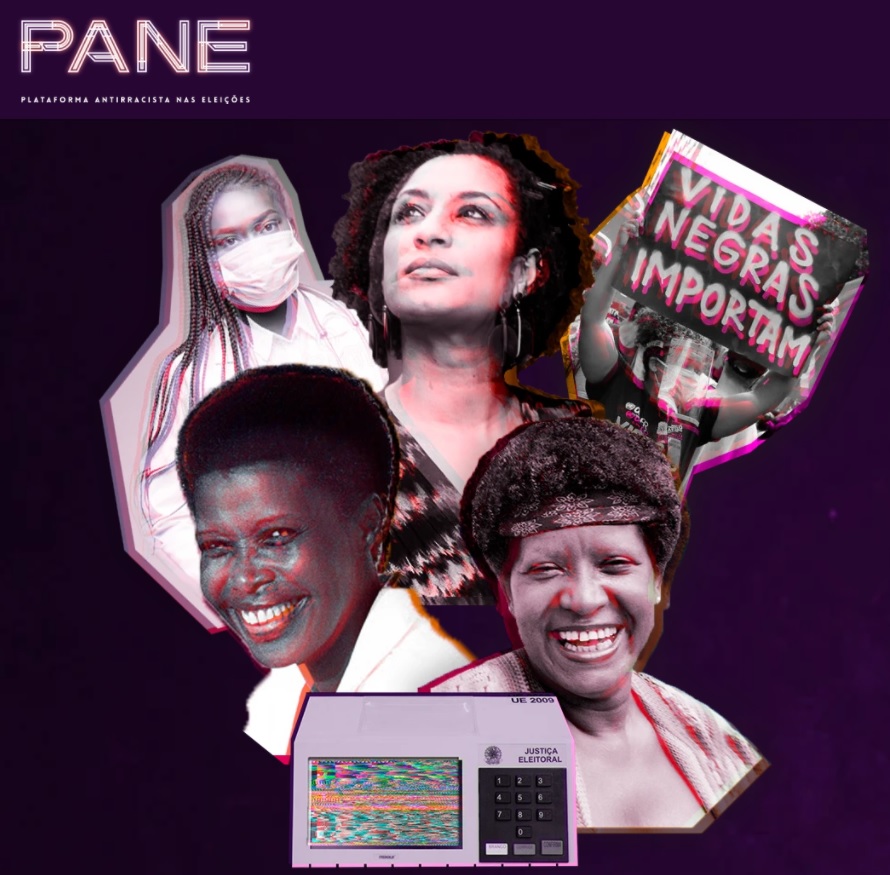 About these new measures, Anielle wrote for the news site UOL: “Guaranteeing the necessary resources for the campaigns of black women, as well as proportional advertising time, is urgent. We, black women, know how unequal this race is and how much the lack of resources undermines even further these candidates who come from this country’s vulnerable territories.” The numbers corroborate her discourse: according to data from the Getúlio Vargas Foundation, in 2018’s congressional elections, although black women were 13% of total candidates, they received half as much funding: just 7% of party budgets. In contrast, 60% of funds were distributed to white male candidates, even though they represented less than half of all candidacies (43%).

The Marielle Franco Institute’s second initiative emerged as a solution to this electoral inequality. On September 14, Marielle’s family launched the Marielle Franco Agenda for the 2020 elections, a program to support antiracist, feminist, and working-class agendas. The issues, determined through the study of Marielle’s draft laws, actions, and speeches at city council and from discussions with her aides, can be signed by candidates who want to commit themselves to following Marielle’s social project. This is also a way of consolidating Marielle’s political vision and disincentivizing public figures from using her name without being truly aligned with what she defended. Citizens can also sign up as defenders of the Agenda, and as such hold candidates accountable. 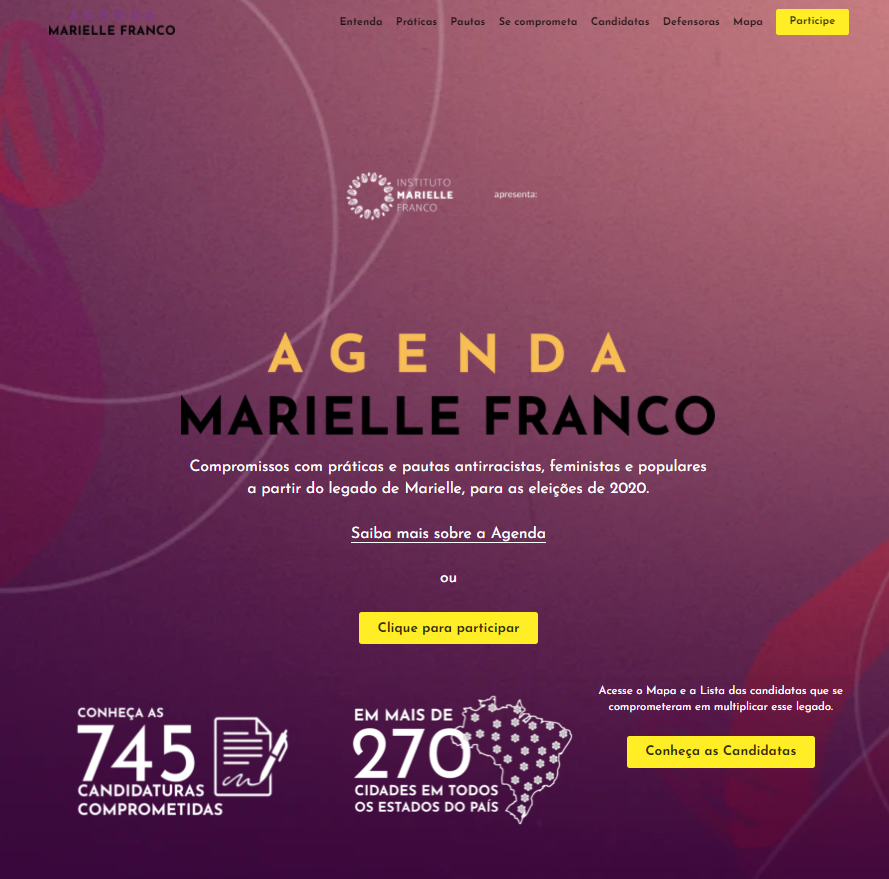 The site of the Marielle Franco Agenda shows 753 candidates across Brazil who have committed to building on her legacy—in the municipality of Rio de Janeiro, there are 42 candidates, including the mayoral candidates Benedita da Silva (PT) and Renata Souza (PSOL), a former aide of Marielle’s.

The program, made up of seven social agendas—Racial Justice and Defense of Life; Gender and Sexuality; the Right to the Favela; Economic Justice; Free and High-Quality Public Healthcare; Public, Free and Transformative Education; Culture, Leisure and Sport—brings together the issues for which Marielle fought. “It is sad to think that she would be completing the four years of her first term, that she had a life full of dreams and projects ahead. Maybe she could have been running for mayor or backing candidates,” Anielle reflected in an interview.

A time counter on the Institute’s website keeps track of how long has passed since the councilor’s assassination. It seems to want to remind us that, in the face of pain, it is important to make time count, and continue Marielle’s work rather than solely wait for slow justice.

This is how long we have been without answers.

The Marielle Franco Institute was born to fight for justice, defend Marielle’s memory, pass on her legacy, and water her seeds. We are going to need your help.