For decades, the political process in municipalities of Greater Rio de Janeiro’s Baixada Fluminense region has been characterized by a distanced electorate and political violence. Women’s political insertion into these spaces has always been at a bare minimum. To change this, it is not enough to fill potholes or conduct recycling pick-up. What is required is political renewal and effective long-term solutions.

To discuss this issue, this article shares the voices of female leaders from the São João de Meriti (SJM) municipality, which, according to the Brazilian Institute of Geography and Statistics, has a population of 472,906. Because it has the highest population density in the country, SJM is commonly known as the “Latin America’s anthill.”

Riva Nepomuceno—a black woman, librarian, and resident of the neighborhood of Éden—explained that in the 1980s, the press and popular opinion affirmed that “São João was the [municipality] that most killed women.” Nepomuceno, who works in storytelling about Meritiense women, told RioOnWatch that at that time, “resistance happened in samba and in religions of African origin, because without doctors, education, culture, and employment, women’s lives were impossible to articulate. [Even more so, considering] their livelihoods and those of their children… Up to 70% of women were [in homes] without a husband or male figure they could count on.”

According to Nepomuceno, during elections, it is essential to shine a light on the fact that Brazilian party politics are white and male, and that this is even more true in the Baixada Fluminense, which in turn only deepens female vulnerability. Local authorities in the Baixada Fluminense are known to operate with an “iron fist” in their domains, including in local politics. Since the redemocratization of Brazil in the 1980s, shootings and executions of political opponents have become common practices in the Baixada. According to O Globo, based on data from the Fogo Cruzado app, at least 21 politicians or candidates have been killed since 2018 for political reasons in the Baixada. As with the political assassination of Marielle Franco in 2018, investigations of 14 of the 21 killings are still inconclusive. Those who ordered and perpetrated the crimes have never been identified, as is also true in the case of the Rio de Janeiro councilwoman.

In 2020, as of the beginning of November, at least five candidates have been killed as a result of electoral disputes in the Baixada Fluminense. Among these, one was a woman: Aunt Sandra, executed and thrown in the Roncador River, in Magé. Three of the five murdered candidates were black. Black women are underrepresented in politics, but overrepresented in political violence.

“This type of machismo bothers me. The speeches are violent, there is a moralistic attitude, and there is denialism. Politics in São João de Meriti intimidates women or it uses them. The pressure is so great that resistance begins to build, but it is with younger women that we will be able to build a base. We need political and intellectual representatives, who are not just academically educated. We need the knowledge of the samba matriarchs, Candomblé, women who are in the struggle, resisting and making progress,” concludes Nepomuceno.

Thaísa Santos, 18, is from Morro da Aparecida and founded the Ler Baixada Project, which focuses on storytelling for children and adolescents. She affirms that São João de Meriti’s new generation has embraced the struggle of reversing this oppression. “Not having women in politics removes all representativeness for girls in social movements. This eliminates the possibility of us becoming something bigger: a Councilor, a Mayor, and the like. So much so that the most visible representative was Marielle Franco, and she was killed, murdered. Of course, young women will be afraid. No one wants to die unless they see themselves as completely political bodies. Political actions are not accessible to women. We still need to unite female forces in order to turn this situation in a different direction and be able to transform local politics.

Federal electoral legislation, in Article 10, Paragraph 3, Law 9,504, determines that at least 30% of candidates put forward by any party must be women. It is a measure to encourage female participation in politics.

Barbara Souza is part of the cultural council of São João, and shared her thoughts on the theme: “Do we women always need to come in the shadow of a man? Structural sexism in the middle of the 21st century does not give us space in prominent places. We hear: ‘women cannot get involved in party or administrative politics. Women are not good enough for these things.’ We deserve a female candidacy, which perpetuates the culture and embraces other women, and to be able to analyze the proposals of candidates who are trying for the position of Councilor to have more women in comparison to the number of men.”

Women in the Pandemic

According to data from the Covid-19 Dashboard of the City Hall of São João de Meriti, there are 4,008 confirmed cases, 3,874 suspected cases, 1,619 discarded cases, and 493 deaths from coronavirus in the municipality as of November 10. Sonia Lage is a member of the Municipal Council for Racial Equality of São João de Meriti’s Municipal Secretariat for Culture, Leisure, Human Rights and Racial Equality. She believes that the municipality has failed: “The city government, during the pandemic, immediately closed all doors, closing off access to the most vulnerable parts of the population. The only access that the population had to public policies was through government social assistance centers. We were taken by surprise by the pandemic, without anywhere to run. That is where the tireless and endless work of leaders, women on various fronts, came in.”

For Souza, the assistant coordinator of a group called Yepondá Women, another aggravating factor in the public health crisis has been the increase in violence against women. “São João de Meriti is a populous municipality and we went through a period of extreme isolation. The number of [victims of] domestic violence grew, and many women did not recognize they were experiencing violence, or, although they recognized what was happening, out of fear, they did not report it. And even with all that, the only real voting option for these women is male candidates. They have no representation. There is no one better than a woman to understand the peculiarities of others.”

My lord, the female youth is pushing out her pain.
And, above all, extolling potencies on a transformative field.
But what is missing… always missing, is recognition that the political field is a place for the feminine.
And this lack, is reflected in the obscurities, in the power of the male opressor.
The figure of dominance is perpetuated, and the lack of women in politics pierces all. 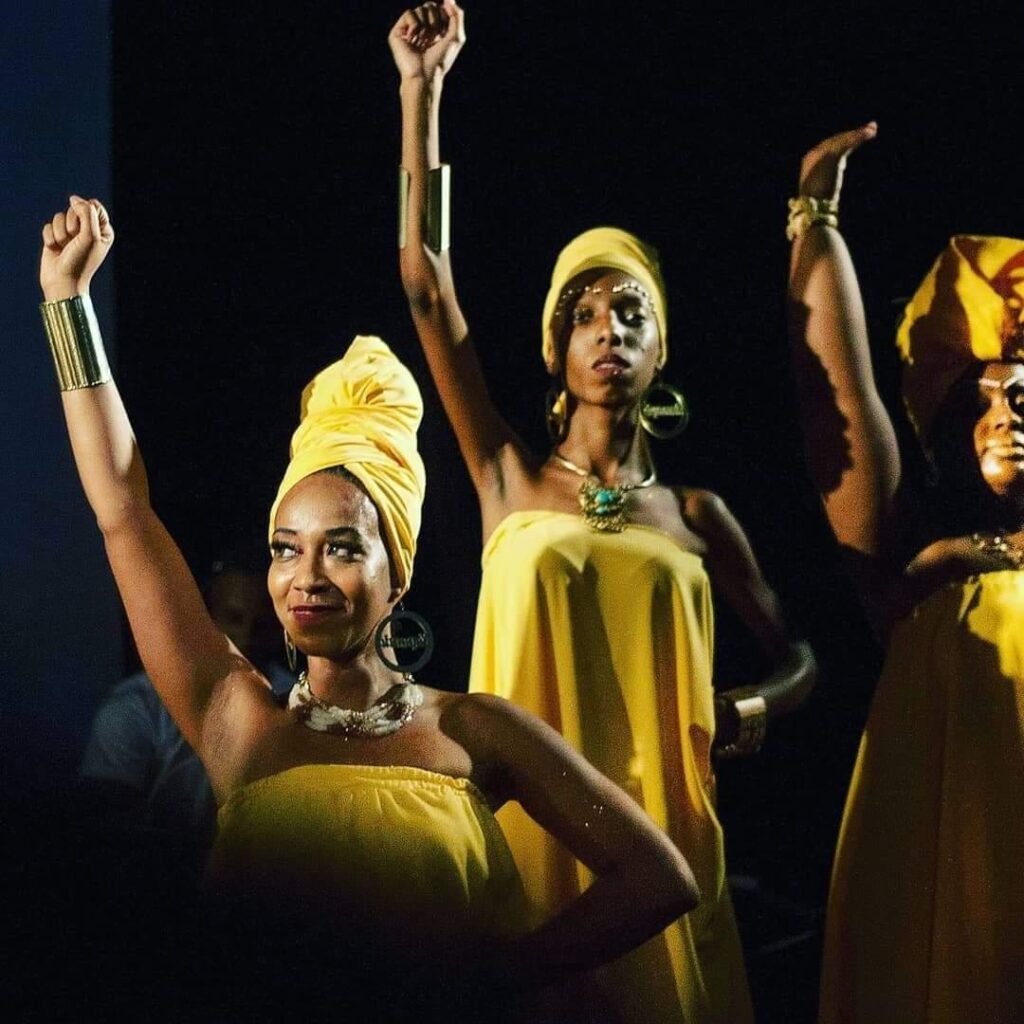