On December 31, 2020, the last day of the year, with almost 200,000 lives lost to Covid-19 in the country, in a pandemic that in Brazil kills more black people, 81 leaders from black movements across the country recorded a video manifesto to send their message to the Brazilian people. It is yet another action to confront racism carried out by the Black Coalition for Rights, a political network with advocacy reaching Brazil’s National Congress and international forums. The Coalition brings together over 150 collectives, institutions, and entities of the Brazilian black movement today.

In the video Manifesto of the Black Coalition for Rights | For a Truly Anti-Racist 2021, the Coalition states that 2020 will be remembered for each of the lives torn apart by the coronavirus pandemic, sending “condolences to each of the families,” while also emphasizing that 2020 will also be “remembered for the fight and resistance of the black movement, which has occupied the public debate like never before.”

“In 2021, the fight against racism and for black lives continues! This is the manifesto of the Black Coalition for Rights.”

After two years in existence, and already having produced 54 public documents and several strategic mobilizations to confront racism—among them the denunciation of rights violations in a package of legislative anti-crime proposals and the #WithRacismThereIsNoDemocracy manifesto and campaign—the Black Coalition for Rights has been exerting strategic pressure on the national agenda and in public debates against racism and on race in Brazil. 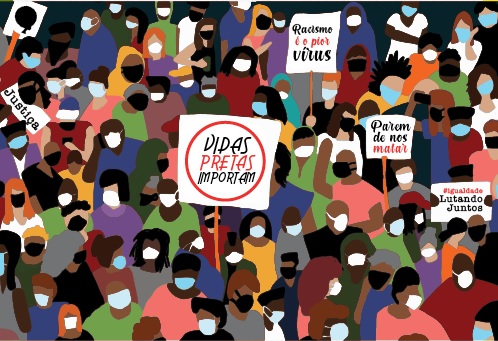 The already-historic manifesto “As long as there is racism, there will be no democracy!” is one of the most important documents in the history of the black movement in Brazil. In six months, 59,166 people signed the manifesto in support of the campaign. Among them are 132 signatures of Brazilian personalities (black and white), one for each year since the abolition of slavery in Brazil.

In this article, we present a small cartography of voices who participate in the Black Coalition for Rights: “the organized black population; black women, favela residents; people from urban peripheries; LGBTQIA +; Catholics; evangelicals; those who follow religions of African origin; quilombolas (descendants of enslaved Africans who remain on their ancestral lands); people from the countryside, water, and forest; and workers who are exploited, informal, and unemployed,” as presented in the first paragraph of the manifesto As Long as There is Racism, There Is No Democracy.

Hailing from São Paulo, born in 1978, Douglas Belchior earned a degree in history from the Catholic University of São Paulo. He is co-founder of Uneafro Brasil, a network of courses for young people and adults from urban peripheries, and co-founder of the Black Coalition for Rights. 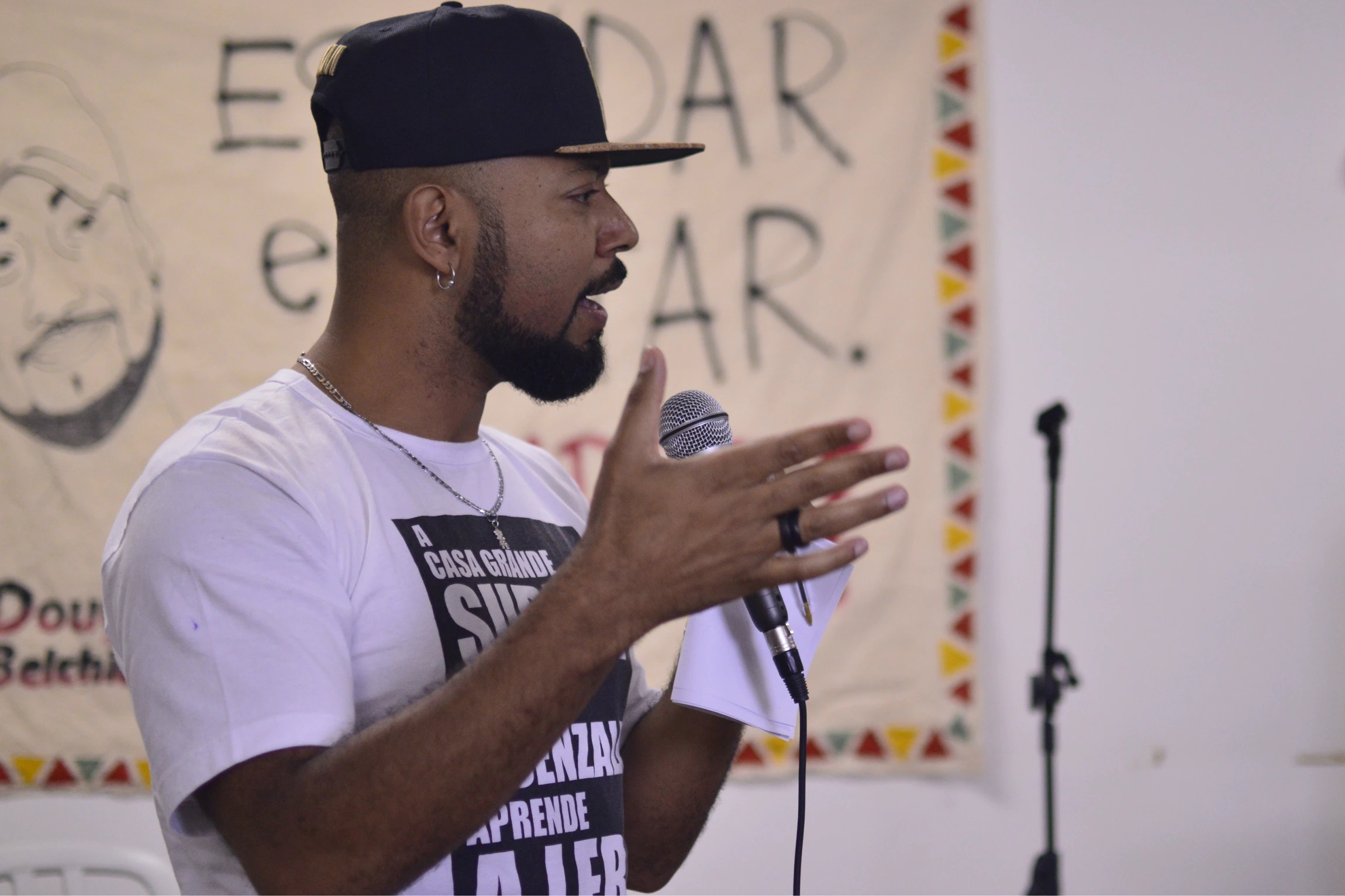 “I am from an organization called Uneafro. My voice is the fruit of the historical construction of a movement that had objective results for Brazilian society. I am one of those who fought for public policies to ensure access to universities. I graduated amidst the struggle for affirmative action. My training was alongside the black movement, accompanying its leaders. Because of that, I consider myself a voice of continuity. I see myself as someone who received his diploma, as they say in [the play] ‘The Mountaintop‘ by Lazáro Ramos and Taís Araújo… who received the baton from his elders to continue this school of struggle of the organized black movement: continuity of work and of political accumulation. I claim my voice in this place. A voice of a black man, father of girls and boys. A voice also of transition in terms of racial and gender identity. I am a voice that manages to dialogue with older people, providing continuity, and also with this younger generation of black collectives in universities. Perhaps that is why I have taken on a seaming role in the Coalition.”

“My voice is a bridge for an intergenerational dialogue” — Winnie Bueno

Hailing from Pelotas, in the state of Rio Grande do Sul, Winnie Bueno is a 32-year-old feminist writer and founder of Winniteca, a book distribution program that promotes change against racism. She is also a PhD student in sociology and Iyalorixá of Ilê Aìyé Orishá Yemanjá. 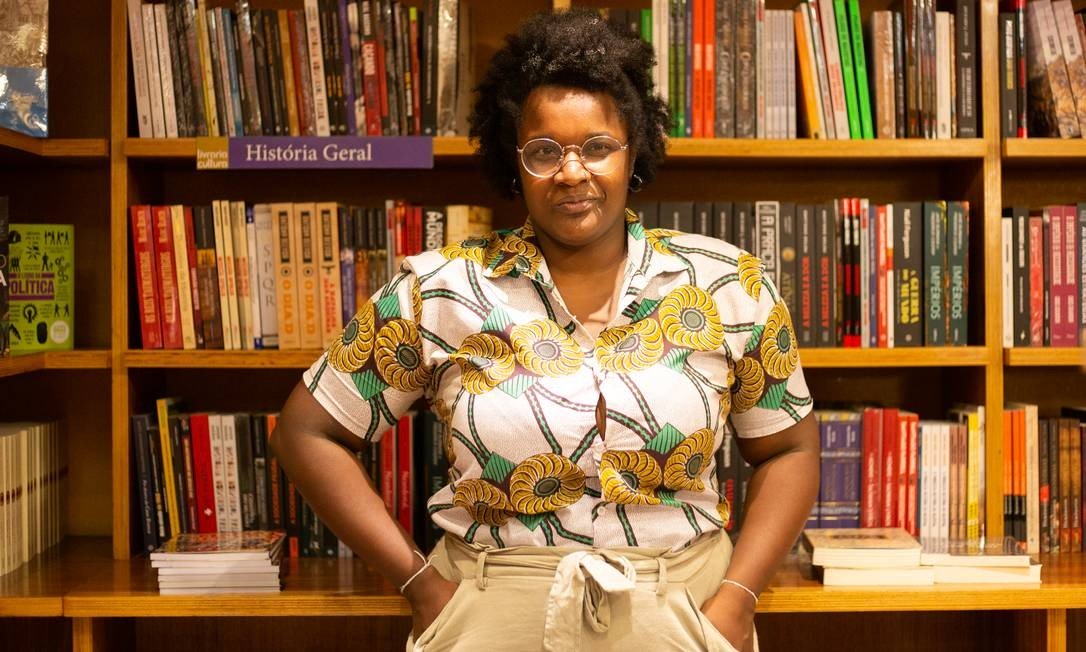 “I participate in the Black Coalition from a place and knowledge that is very affective, with a history of claiming figures of the black movement, especially women of the black movement, in dialogue with social media. My mother took me, from the age of six, to meetings of the black movement in the 1990s. I joined the Coalition in 2019 representing Renafro [the National Network of Afro-Brazilian Religions and Health]. Despite the discussion of religious racism playing a huge role in my childhood and in my life, I have dialogue with youth. I see my voice as a bridge for an intergenerational dialogue between the younger generation and the more established leaders, the older ones, although I am not so young anymore. The Brazilian black movement has always had a historical articulation. It has never been passive! It has always been, and it is, active. Claims based on the prospect of democracy that has been inscribed in the national context since 1988, the denunciation of all these systems of domination from the point of view of racism, all this is laid out by the political activity of the black movement. But there has always been a silencing about this, which is part of and shapes [Brazilian] racism.”

Native to Rio de Janeiro, Anielle Franco holds master’s degrees in journalism and English from the University of North Carolina (USA) and an undergraduate degree in literature from the State University of Rio (UERJ). Today she works as a teacher, writer, and lecturer. She is a columnist at web portal UOL and is the current director of the Marielle Franco Institute, in Rio de Janeiro. 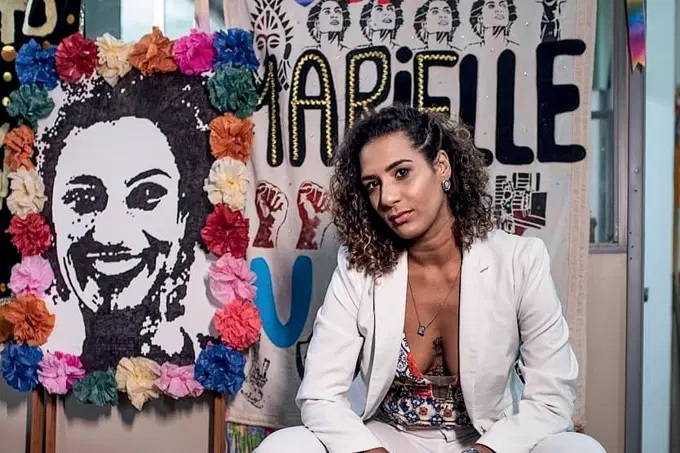 “Since 2018, I see myself in this place in which I feel obligated, not in a bad way, but still obligated, to have a more active voice in what we believe in. When we [the Marielle Franco Institute] join the Coalition, I assume once and for all the voice that speaks and that tries to inspire other black women to follow as we have followed even in the face of this enormous mourning that has become this emptiness in our lives after the death of my sister. My voice today represents a large part of this country, but I am not the only one to represent it because we really inspire many people today. But there is also the other side to it: the hatred. We know that it exists, but we try not to let it carry us away because our voice, the voice of the Marielle Institute outside and inside of the Coalition, is a voice that echoes all over the world, it is a voice of dispute of narratives, of maintenance of histories and legacies, whatever they may be. So I would say that my voice is on this path of inspiring new leadership in the organized black movement. Of making sure that no other fake news appears and tries to kill Mari once again, as they already have done, or to kill any other black body and legacy. My voice as a Coalition participant is on the way to show that the more silence there is, the more it hurts us. It is a voice to ring out and frontally combat this racist and unequal system, which insists on erasing who Marielle was, but not only her. Which insists on erasing who we are and our roots… erasing where we come from and where we go and can go.”

A native of São Paulo, Ariovaldo Ramos is an evangelical pastor from the Reformed Christian Community of São Paulo. He is the former president of the Brazilian Evangelical Association and one of the founders of the Front of Evangelicals for the Rule of Law. 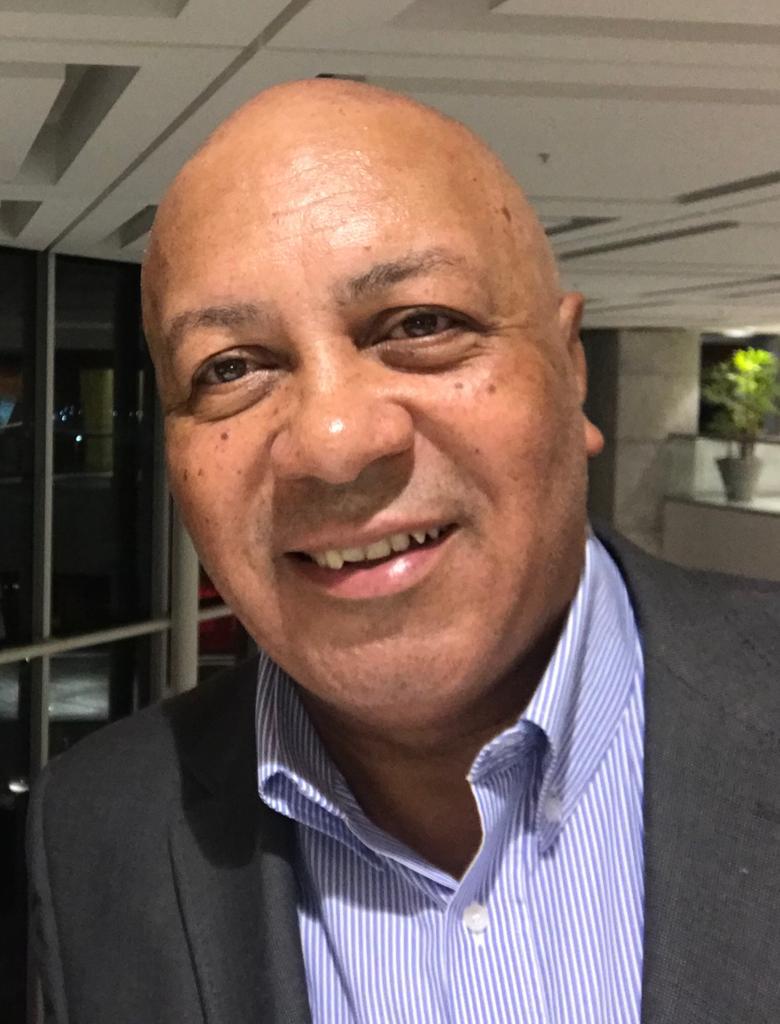 “I speak on behalf of a broad collective, from this place and group of the black movement, which is enormous. The majority of black Brazilians identify as evangelicals, mostly Pentecostals. And the majority of evangelicals in Brazil are black. There are more than 8 million of us. This is my place of voice and representation. We are in the Black Coalition for Rights because our big problem, and not only of black people, but of groups of resistance in Brazil, is that we create a profusion of entities with each one having its own specificities. Although this is positive in one respect, it pulverizes our voice. Separated, our voices do not create the necessary repercussion to enforce the defense of our rights together with State institutions. Our voice loses strength. That is why the Coalition is extremely important, it unifies the noise. It reverberates the sound of the black community as a whole, demanding an anti-racist posture by the Brazilian State. It transforms our voices into a power that cannot fail to be heard. This is what the Black Coalition for Rights does.”

“My voice is that of a black, lesbian woman from the Amazon” — Darlah Farias

Native to Belém do Pará, Darlah Farias is a 32-year-old lawyer and activist in the black movement. She is a member of the Commission on Women and Human Rights of the Brazilian Bar Association in the state of Pará (OAB-PA). She is also a member of the Black Shoe Collective Black Amazon Lesbians of Belém do Pará and of the Pará Center of Studies and Defense of Blacks (Cedenpa). Both institutions are part of the Black Coalition for Rights. 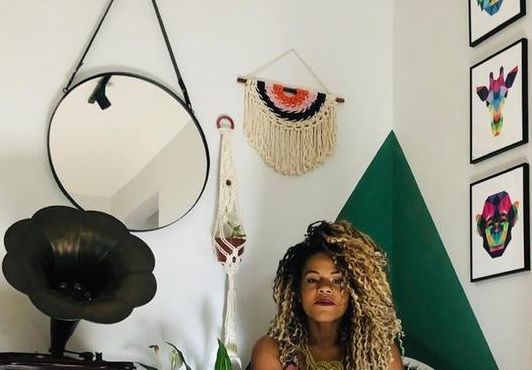 “My voice is that of a black, lesbian woman from the Amazon. It is an important voice like all the others, but it becomes important for us to bring to the front because it shows in practice what the black movement always talks about: that we are not homogeneous, but heterogeneous. There are many facets of the fight of the black movement. The representativity that I bring through my speech and body is, in fact, my territoriality, because as an Amazonian woman I bring the visibility of a black Amazon. We have a self-declared black [and brown] population of 71.9% here in the Amazon. So my participation in the Coalition brings the voice that speaks of this place: of a black, cisgender lesbian woman who brings the agenda of sexuality to the discussion for us also to debate and combat the LGBTphobia that still exists in society and within the black movement.”

Not One Step Back

For all of the voices from the Black Coalition for Rights, racism and the lack of racial equality in Brazil is secular. However, beginning in the current government, the racist scenario has advanced in concrete political practices, such as the 2019 funding cut of allocations to quilombola communities and the reduction of funding for the Confront Racism and Promote Racial Equality program.

This is why voices of the different black movements in Brazil have entered into a coalition (a political pact) to shout that with racism there is no democracy and to fight for an anti-racist democracy. It is necessary that all sectors of society “be coherent” and “practice what they preach,” as once again pointed out in the anti-racist manifesto launched on December 31.

About the author: Tatiana Lima is a journalist and popular communicator at heart. A black feminist, member of Complexo do Alemão’s Researchers in Motion Research Group, she works as a reporter and social network manager for RioOnWatch. Raised in a favela, a light-skinned black woman, she lives in the peripheral asfalto (area outside the favela) in the Rio de Janeiro suburbs and is a doctoral student in communication at the Fluminense Federal University.

About the artist: Raquel Batista is a visual artist and works as a photographer and illustrator. She is a student at the Federal University of Rio’s School of Fine Arts, a black woman, and resident of Rio’s West Zone.