It was 2001, the start of the 21st century. Brazil saw memorable events, like the launch of the R$2.00 banknote, the Canadian government’s suspension of Brazilian beef imports because of mad cow disease, and explosions on the P-36 oil rig, in the Campos Basin, leaving eleven workers dead.

Despite these events, what truly needs to be remembered is the country’s greatest ever energy crisis, the famous “blackout crisis.” During his last year in government, on July 1, 2001, former president Fernando Henrique Cardoso announced the start of blackouts which severely affected the energy sector. The scarcity of rain during the period was a complicating factor for power generation, as 90% of Brazilian electricity was produced by hydroelectric plants. In other words, lack of rain meant reservoir levels were insufficient to allow energy generators to function properly.

Although nature did not help, the government’s lack of planning and preparedness were singled out as the causes of the crisis, due to insufficient transmission lines to direct energy from where there was a surplus to where there were shortages. 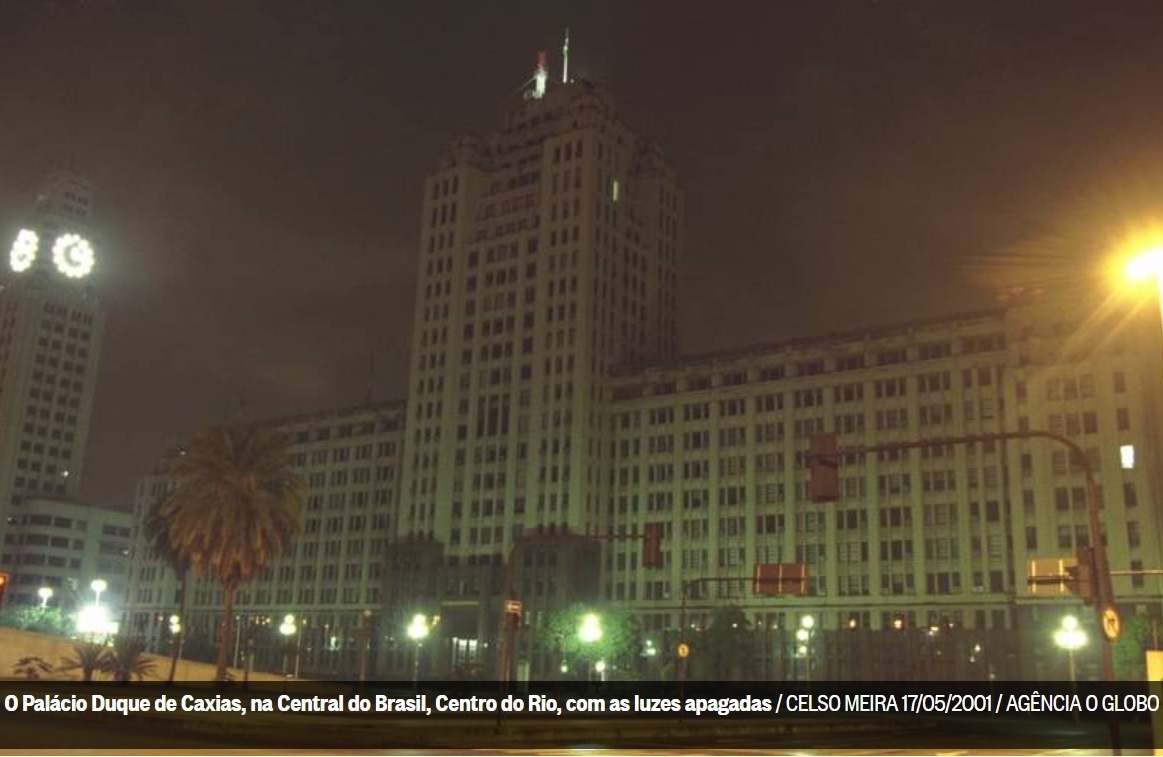 At the time, there was a constant atmosphere of uncertainty. In the face of this reality, and of the measures to be taken, talk show Roda Viva, broadcast on TV Cultura, proposed a debate with specialists on the subject. Over the course of the conversation, some opinions took shape. Lawyer Flávia Lefevre, from the Brazilian Institute for Consumer Protection (IDEC)—the only woman present at the debate—spoke directly to then-National Energy Secretary, Afonso Henrique Moreira Santos. “We [from IDEC] have been working in favelas in São Paulo, Rio de Janeiro, and Paraná. I have here bills from people who spend months without being able to pay Moran [the electric utility] to get reconnected. Does the alternative that the government is discussing all the way in Brasília take this reality into account? Does it consider that electricity is an essential, public service? A service that [the government] has a constitutional obligation to guarantee?… Our concern is this: will we be able to, at the very least, plug in our fridges? Will we be able to have the basic minimum, or will we face even more exclusion than we are already facing today?”

Historically, favelas and peripheries have been the places most denied government investment. Historian Bruno Almeida, 36, a resident of Santa Cruz in Rio’s West Zone, who works at the Historic Orientation and Research Nucleus of Santa Cruz (NOPH), looks back on the 2001 energy crisis: “I believe governments had a lack of interest in keeping Brazilian society informed. The system of electric production in Brazil, underpinned by big hydroelectric and thermoelectric plants, is important to this day, but there are other ways to produce energy. At the time, more support [should] have been given to solar energy, since it can be tailored to all types of homes and physical spaces, allowing the citizen—who either spends part of their income on electricity or must, unfortunately, hook up to clandestine energy sources—to have their dignity restored, with decent and fair access to electricity.” 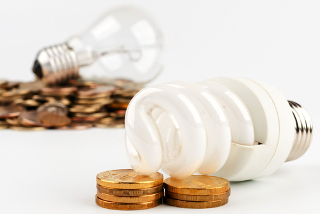 Another landmark of the electricity crisis was the government’s measure to force the population to ration energy from July 1, 2001 to February 19, 2002. For home use, the rule was an obligatory 20% reduction above 100 kWh per month. Those who did not adhere to the rule faced the risk of having their electricity cut off for three days at the first breach, and for six days in case the infraction was repeated. The federal government also devised a surcharge for consumption of 200 kWh per month; in this case an extra 50% was paid for anything exceeding this level. In order for the reduction of electricity consumption to be efficient, between 2001 and 2002, there was an awareness campaign, encouraging the switch from incandescent to fluorescent light bulbs and the purchase of more efficient household appliances.

In Almeida’s view, “other issues could not have been ignored, like the fact that the energy supply in many favela and peripheral homes did not have a service contract… and [in these cases] when the power supply was affected, beyond the impossibility of complaining about the lack of service, [there was] the risk of losing appliances, and access to drinking water, since water pumps had to be left on for most of the day—seeing that this service was, and still is, unreliable, as well. Not to mention that the loss of food that needed to be refrigerated weighed on peoples’ monthly income, increasing considerably and indirectly, the damages caused by the blackout crisis and energy rationing. The rates, at the time, were absurd. They jeopardized the monthly income of the poorest, meaning their earnings only covered basic needs and blocked their access to other services. There was no money left for recreation outside the home, restricting leisure to television,” the historian says.

The Blackout Crisis in Rio’s Favelas

Shopkeeper Zélia Marques, 53, a resident of the Vila Beira Mar favela in Duque de Caxias, recalls that at the time of the blackout, unplugging the fridge, the TV set, and the fan—to try and contain the high prices to be paid at the end of the month—became routine in the entire favela. “After a certain point, we got used to it. We would run to unplug domestic appliances, to light candles [that] were kept high up and inside a glass or a dish, as there were small children… or even to prevent fires. For a while, we only resorted to candles, and then to a gas lantern, which was cheaper back then. Here in the neighborhood, we’d sit at the front door until the electricity came back. We often turned to the famous garden hose bath [to make the heat more bearable], or even tried to catch a breeze in the doorway,” she reminisces. 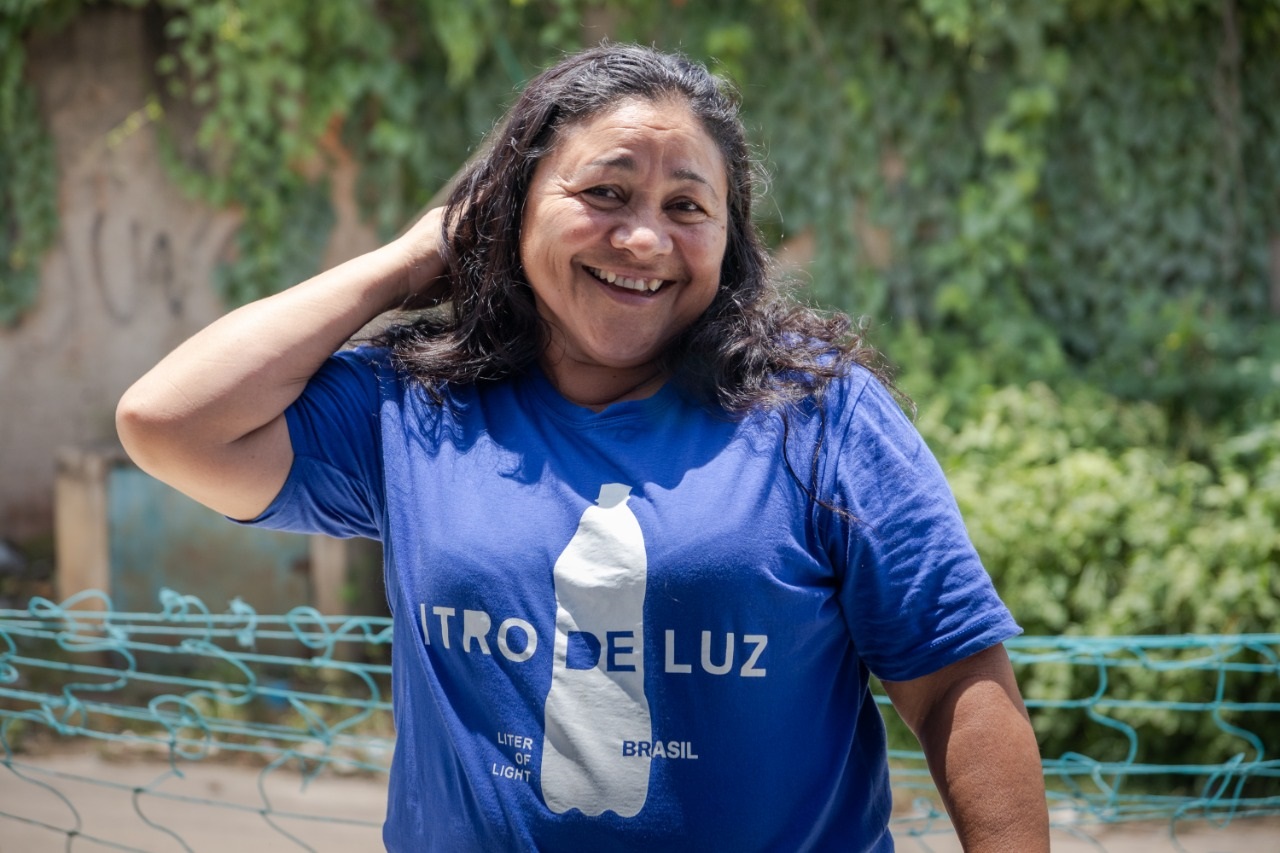 Marques is an ambassador for Liter of Light, an international organization present in over 20 countries. The initiative aims to bring light to residents of neighborhoods which do not have adequate access to electricity or who live without electricity in their homes and streets, by using simple, low-cost technologies made up of plastic bottles, solar panels, batteries and LED lightbulbs. Using her environmental awareness, Marques explains how she experienced Brazil’s biggest electricity crisis: “It was very bad for me, as I had a small shop… I lost money, I lost my television set, my fridge, among other things. Many neighbors also lost [appliances], and on top of all that I was pregnant. Not to mention the wooden houses that caught fire. So much tragedy. One very sad memory of the blackouts was when we found out that a shack caught fire and that a child died inside. That stuck with me.”

In an interview for weekly national TV show Fantástico, in July 2001, when questioned by the reporter about the end of the blackouts, then-President Fernando Henrique Cardoso replied, “It depends a little on this relationship with society. If society continues as it is, convinced, helping companies continue as they are, we will overcome this. I really want to announce in 2002 that we have overcome this crisis forever. May we continue to build and improve the quality of energy.”

With regard to Cardoso’s comments, Marques says, “How far does the lack of empathy of a nation’s leader go? Afterward… we never had blackouts like those again… Due to the government earning more money, I saw families lose the only things they had managed to acquire with lots of work, and I saw lives being cut short.”

The end of energy rationing was declared nationwide 19 years ago, on February 19, 2002. Many sad memories and damages remained for many people. Always counting on the support and unity of her neighbors, Verônica Brasil, 34, a nurse technician and resident of the City of God favela, in the West Zone, witnessed long periods without having any electricity around her.

“In 2001, and up until the start of 2002, blackouts were constant in City of God. We spent days and nights without any light and they [employees from electricity utility Light] claimed that the company didn’t enter the area because of conflicts—something that wasn’t true at that time. Our reality was to stay on the sidewalk, waiting with the children for sleep to come while trying to alleviate the intensity of the heat with the outside air. At the time, I’d take an ice-cold shower and not dry myself. It was a source of temporary relief. I kept candles burning when I had money to buy them. My mother was unemployed then, and it was quite hard to get hold of candles. We always stayed close to the entrance of the house, where a bit of light would shine through from the emergency light of the neighbor who lived opposite. It was tense because we had enough financial difficulties as it was and couldn’t keep food in the fridge because everything would spoil,” she recounts.

Brasil goes on: “I remember people talking about the government’s neglect of the favelas, [about] the lack of attention given to favelas’ basic needs and to residents who dragged themselves to work without having had a good night’s sleep. My mother lost a fridge and a television set at the time. I remember the president. He could and should have looked upon our nation with more kindness and respect.”

Much of the history of the blackout crisis—which according to Federal Court of Accounts (TCU), left a financial cost of R$45 billion (US$7.7 billion)—can be found through an online search, but many young people have never heard about the crisis in school. This is the case of Rayssa Pereira, a resident of the Pantanal favela in Duque de Caxias and a community organizer and youth advisor to the Right to Memory and Racial Justice Initiative, who only learned about this important historical episode this year.

“It was very curious and also scary to think that people were literally left in the dark. And to think of the issues of safety, food security, physical and mental health, among other concerns which resulted from the blackouts. I only learned about this crisis now, and it’s been [nearly] 20 years. To think that this story, which is also part of my life—I was a baby at the time—was neither told to me nor studied at school. It’s yet another sign that our stories continue to be silenced, and the State is responsible for this. Unfortunately, access to electricity, as well as other infrastructure, which is vital to living well, like access to water and basic sanitation, is very precarious,” Rayssa notes. 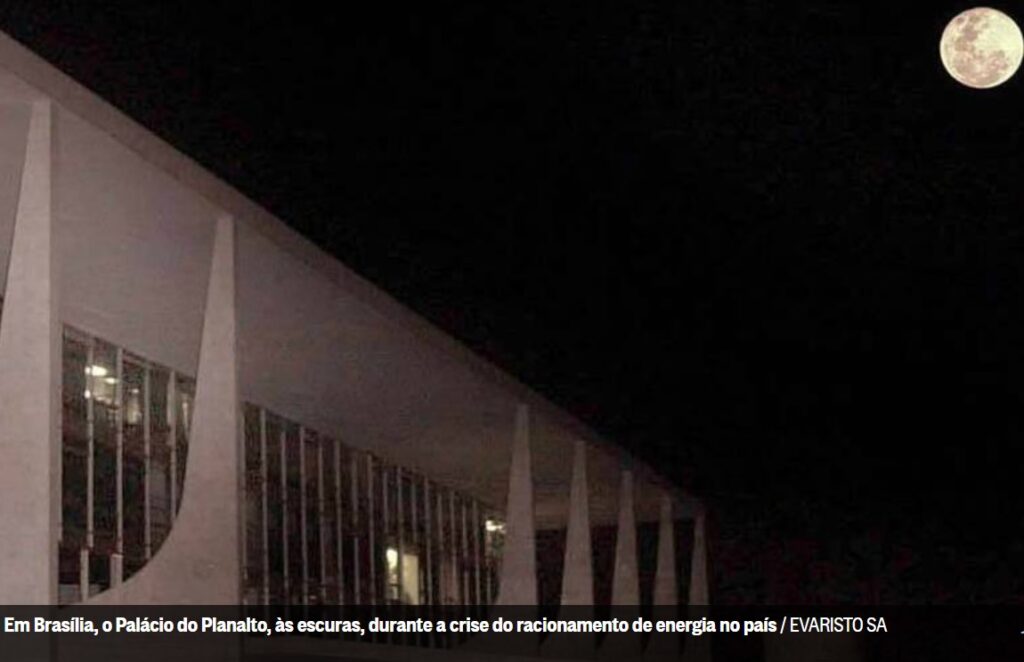