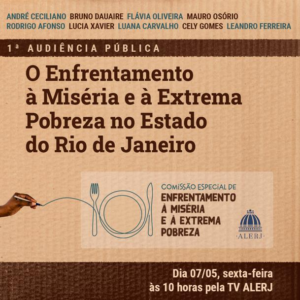 On May 8, Rio de Janeiro State Deputy Renata Souza organized the public hearing, “Confronting Moderate and Extreme Poverty in the State of Rio de Janeiro”, at Rio State’s Legislative Assembly (ALERJ), where she has served since 2018, the year in which she became the first black woman to preside over ALERJ’s Human Rights and Citizenship Commission. During her career as state deputy, she has pushed for a series of initiatives aimed to promote citizenship and confront moderate and extreme poverty, such as Law 8972/20, granting Brazil’s national health foundation, the Oswaldo Cruz Foundation (Fiocruz), R$20 million (US$3.8 million) to implement a work plan for coping with Covid-19 in the favelas, utilizing ALERJ’s own funds.

“Poverty is a reality faced by a large part of the population, whose lives have been affected by the novel coronavirus which, in addition to the regrettable 400,000 deaths in the whole country, and almost 45,000 deaths in the state of Rio de Janeiro alone, has dragged thousands more into hunger and extreme poverty due to the lack of effective public policies that guarantee food security and human dignity,” denounced Souza.

The deputy started the hearing, held by a new Special Commission to Combat Moderate and Extreme Poverty, by mentioning that it was symbolic “to have the hearing one day after the Jacarezinho massacre took place,” which she said represents the dehumanization of the black and favela populations facing poverty in Rio. 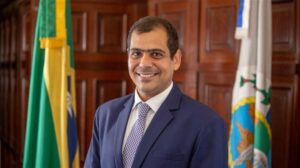 Dauaire started by mentioning the state’s mission to reopen ten popular restaurants that offer food for R$1 (US$0.20), hoping to deliver 1.7 million meals through the RJ Alimenta program. Furthermore, a partnership is to be established between the federal government’s Special Secretariat for Family Farming and Cooperativism and family farmers, to deliver food to communities. Lastly, the secretary mentioned the Supera Rio program, to be launched in May 2021 with the aim of providing income to 200,000 families below the poverty threshold or in extreme poverty. According to Souza, the state needs a specific action calendar considering that 55% of Brazilians currently experience food insecurity. 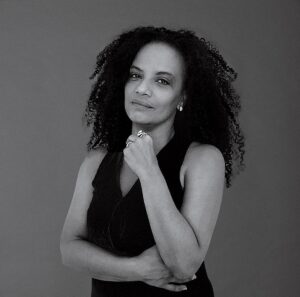 During Oliveira’s intervention, she stated that the social policies implemented by President Biden during the pandemic to help families in need, fostering aid in areas like education, food security and rent transfer, should serve as a model for the Brazilian government. In Brazil, while programs like Bolsa Família and the emergency aid stipend have contributed to a less severe fall of the national GDP, with almost a third of Brazil’s population depending on such policies, they are simply not enough to tackle the structural inequality and poverty that continue to affect mostly black people, and especially black women.

“You say you want to reach the poorest segments of the population and you do so through a smartphone app? That could have only been designed by a government that has no clue about the current social crisis and the vulnerability of the Brazilian people!” declared Oliveira. 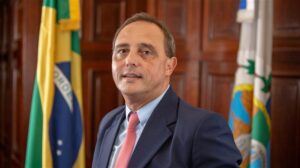 On a similar note, State Deputy Carneiro mentioned the need for structural policies at the national level, in order to tackle the myriad dimensions of poverty and vulnerability. Besides that, in December 2020, Law 9131/20 was passed instituting a development plan for favela citizenship and rights, giving the state government ample power to establish lasting policies to fight poverty.

Furthermore, Carneiro denounced Rio de Janeiro Governor Cláudio Castro’s referring to the Jacarezinho massacre, committed by the state of Rio de Janeiro’s Civil Police, as an “intelligence operation,” to which Deputy Souza added, “There’s no death penalty in Brazil; a slaughter [carried out by the police] can never be considered a success.” She continued by analyzing how absurd this police operation was for “treating people as if they were disposable.” 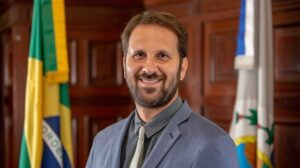 “In the last couple of years, Brazil has reached record unemployment, with an increased number of precarious workers. That is why there’s a need for permanent public policies, because with the current situation life expectancy has already dropped two years,” said Deputy Serafini. Valcler Rangel mentioned the importance of including the population of Rio de Janeiro in the design of these policies as a means to overcome this set of crises.

“Recently, we have seen a trend in the rise of the price of food, and this is partly caused by the lack of policies, at the federal level, directed at family agriculture and price reduction. So, farmers continue to be exploited, receiving meager amounts for their work, while the population doesn’t have enough food to satisfy its hunger,” said Carvalho.

If you add the lack of a national policy supporting family farming, to the highest rate of unemployment of recent years, plus the absence of reliable statistics, and the continuous deterioration of hunger-fighting strategies since 2016, the result is a frightening scenario, one fraught with appalling possibilities, especially for those living in favelas or urban peripheries.

“If someone is facing hunger, all other rights are automatically denied them,” added Rodrigo Afonso.

“73% of the black population experienced income reduction during the pandemic. There is a generalized lack of policies addressing race, poverty, and the pandemic in Brazil. This population needs to be treated as actual citizens, having their rights guaranteed. While the richer neighborhoods benefit [from this structural inequality], the poorest areas of the city still struggle to have access to good transportation, basic sanitation, or garbage collection,” criticized Lucia Xavier, whose campaign “People Are Hungry” has raised R$11 million (US$2.1 million).

All participants denounced the Jacarezinho massacre, that left 27 dead in this North Zone favela the day before the hearing. Some participants denounced this de facto death penalty for black Brazilians and favela residents in the form of police brutality, racial profiling, racism, and necropolitics. It is exactly what the black youth of favelas have been screaming: “Not from Gunshots, Covid or Hunger! Black People Want to Live!”