This English subtitled documentary is the latest contribution to our series on energy justice and efficiency in Rio’s favelas. It is also part of a series created in partnership with the Behner Stiefel Center for Brazilian Studies at at San Diego State University, to produce articles for the Digital Brazil Project on human rights and socio-environmental justice in the favelas for RioOnWatch.

The lack of basic sanitation is an old problem in Vale Encantado, a long-established community in Alto da Boa Vista, in Rio’s North Zone. Without an adequate system, the sewage produced by its homes ended up in improvised sinkholes—holes in the ground that serve as the endpoint to a residence’s plumbing, where solids are deposited and liquids seep into the soil—and in a stormwater canal that ran through the neighborhood. In this small creek, the untreated sewage from the community and from apartment buildings above it contaminated the clean water from nearby springs, which flow into the forest and a nearby waterfall. 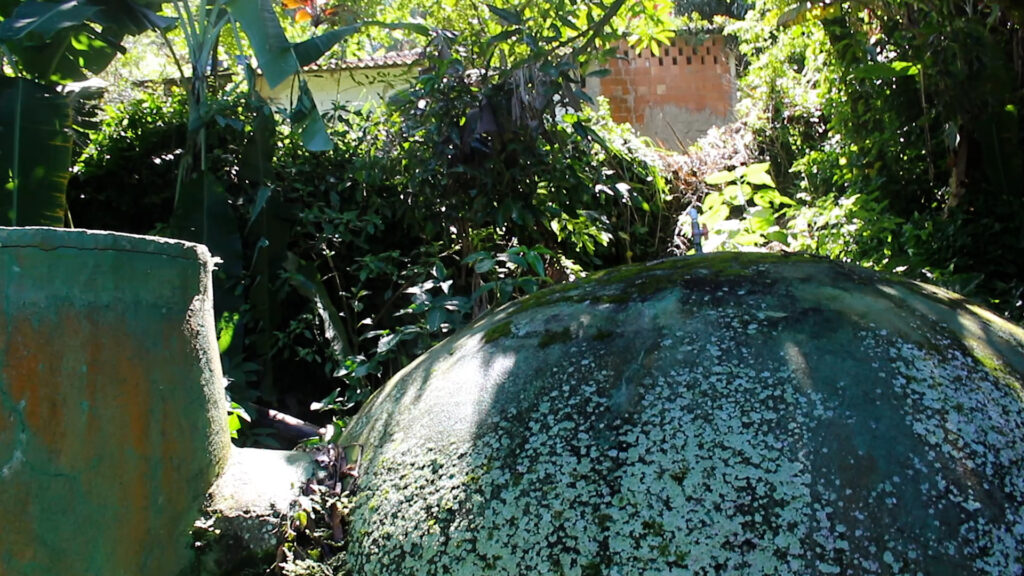 Vale Encantado’s sanitation problems have become a central issue for the Vale Encantado Cooperative, an organization created in 2007 in an effort to generate employment and income for local residents. Sustainable tourism-related activities offered by the Cooperative were threatened by the contamination in the water and forest. Otávio Barros, president of the Cooperative and of the Residents’ Association, began researching alternative ways to treat the community’s waste and sewage. As a result of Barros’ search, Vale Encantado’s first biodigester was installed in 2014 to serve the Cooperative’s restaurant. 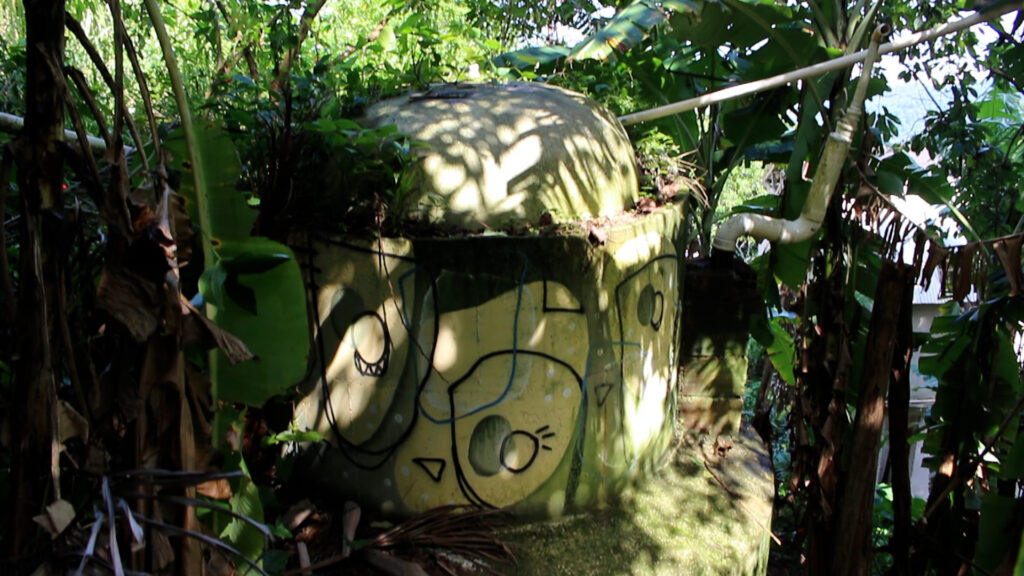 Biodigesters function as large containers where the organic material deposited is consumed by bacteria. The process generates at least three byproducts: biogas, liquid biofertilizer and fertilizer. The first biodigester installed for the Cooperative’s restaurant operates using food waste to supply biogas to the Cooperative’s kitchen. The second biodigester, built in 2015, integrates a biosystem to treat sewage, and depends in part on a root zone filter. Although it was designed to serve all 28 houses, so far only five homes in Vale Encantado have had their sewage channeled into this biodigester, which is already able to produce biogas to meet the energy demands of one family.

According to Leonardo Adler, an environmental engineer working on the project, for every five to ten families connected to the system, enough biogas can be generated to supply one new house. In accordance with these calculations, connecting the entire community to the biodigester would be able to produce biogas for up to five (of the 28) homes, or 18% of the community. The Cooperative’s biodigester, on the other hand, is already able to process 50kg of organic material daily, operating only with food waste. According to environmental engineer Tito Cals, at full capacity the biodigester will be able to receive the food waste produced by the entire community of Vale Encantado and even from part of the surrounding area of Alto da Boa Vista, while producing the equivalent of a cylinder of biogas every two days. 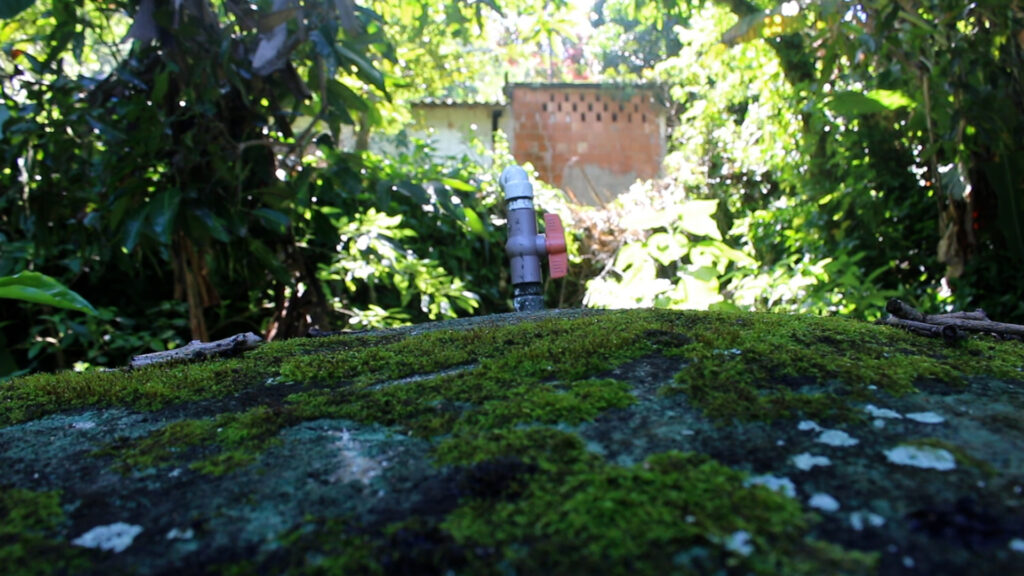 Born and raised in the community, Barros says he views Vale Encantado as an incubator of new ideas. These ideas are born within the community and with the help of friends, they become reality. Barros’ dream is to see the biodigesters working at full capacity, integrated into the Cooperative’s plans to generate jobs and income for residents, thereby affirming Vale Encantado as a sustainable and environmentally friendly community.

About the director: Jaqueline Suarez is a journalist and master’s student at the Fluminense Federal University (UFF), in Niterói. She is also a community journalist and independent documentary filmmaker. She lives in the favela of Fallet, in Santa Teresa, Central Rio.

About the artist: Illustrator Yara Santos is a student of generalist design at the University of São Paulo (USP). Born and raised in the periphery of São Paulo, she seeks to represent elements of the black and peripheral culture in which she is inserted into her art. Most of her production is centered on digital techniques.