Black July, an international movement against racism, militarization and apartheid, organized by Rio de Janeiro favela movements and the mothers and relatives of victims of the State, held its sixth edition in July 2021. The movement, which began with an exchange with North American activists from Black Lives Matter in Rio de Janeiro in 2016, continues annually promoting an exchange between multiple countries. In 2021, Black July took place online between July 26 and 31, due to the coronavirus pandemic.

At 7pm, on the first day of the event, the “War for Whom?” roundtable was held along with the launch of David Amen‘s mini documentary “Black July: Against Racism, Militarization and Apartheid,” produced for RioOnWatch‘s anti-racist series. The main objective of the 6th Black July program was to connect struggles against militarization across the Global South.

During the “War for Whom?” roundtable, the connection between Brazil’s repressive apparatus and the Israeli occupation in the militarization of Palestine was discussed.

The event took place amid the aggressive colonial expansion in Palestine and a few days after more recorded rights violations in the favelas of Parque União and Nova Holanda, in Complexo da Maré, in Rio’s North Zone, with the detention of over 40 residents during a more than 24-hour-long police operation.

Get with it, residents! They’re still having police operations! We’ve been getting numerous reports of abuse and high-handedness; motorcycles being seized and homes being invaded! Hello there, @stf_oficial: the #adpf635 is being ignored! Take care residents! Stay home, things are not looking good! #operationinmare 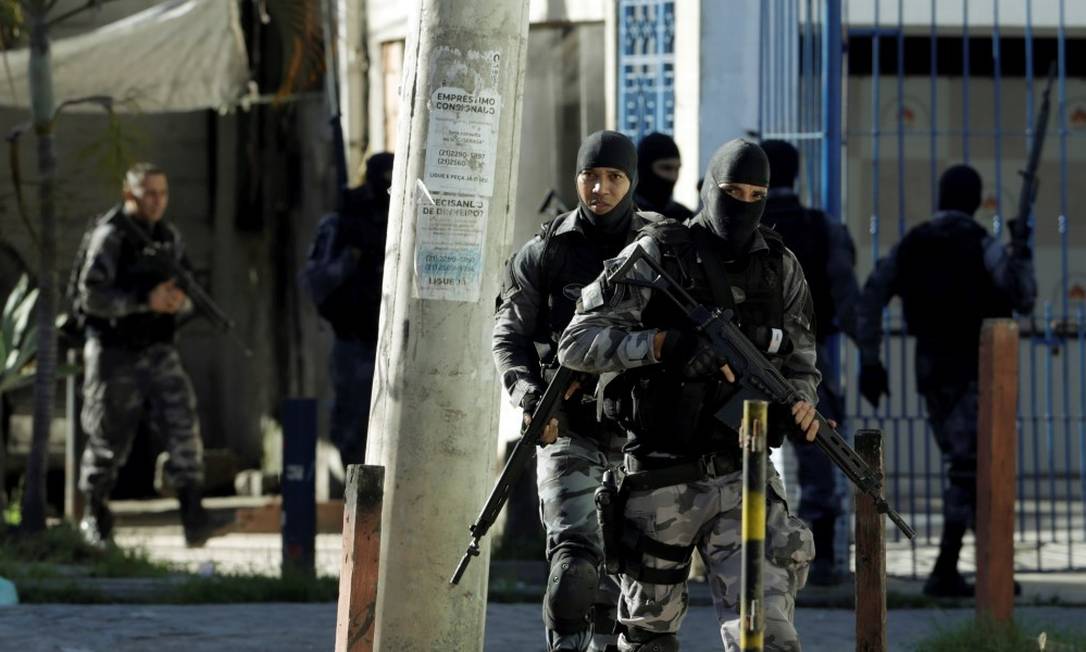 The Black July international movement and its organizations denounced the police operation in Maré on July 16 and 17 and expressed a feeling in common with Palestinians: one of abandonment in the face of international silence, in addition to few organizations and movements that take a stand against violence. “Are we going to wait for [another] slaughter to happen to make a move?” This is what Palestinians facing the Israeli occupation are also asking themselves: “Are we going to wait for another massive massacre in Gaza? Another bombing?”

In Maré, houses were broken into, the population experienced gunfire and was forced to watch special forces armored vehicles, the caveirões, travel nonstop up and down the streets—among which are Israeli vehicles purchased for millions of dollars by the state government—as well as helicopters flying over Rio’s favelas. Meanwhile, over 1,300 settlers once again invaded the Al-Aqsa Mosque in Jerusalem, supported by Israeli forces, violently beating and arresting Palestinians in their place of prayer.

The slogans most heard among the far-right Israelis taking to the streets of the Old City of Jerusalem are “death to Arabs!”, “Mohammed is dead!”, “the second Nakba is coming!”, “you’re all going to refugee camps!”, “Palestine does not exist!” and the closest one to Rio’s reality, “a good Arab is a dead Arab,” so often heard in the Rio motto “a good criminal is a dead criminal.” These are absurd situations, territorialized expressions of militarist colonialism based on racism, apartheid and necropolitics. Houses in Maré were being broken into while Al-Aqsa and the Dome of the Rock were being invaded.

“Snipers went on the roof of the gate at [Al-Aqsa] mosque compound and began to shoot rubber bullets at everyone … At the same time a huge number of police forces invaded from different directions.”- Nour Mtour, Palestinian witness tells Al Jazeera https://t.co/Jdsx2FLHZC pic.twitter.com/4oBCOrlfIP 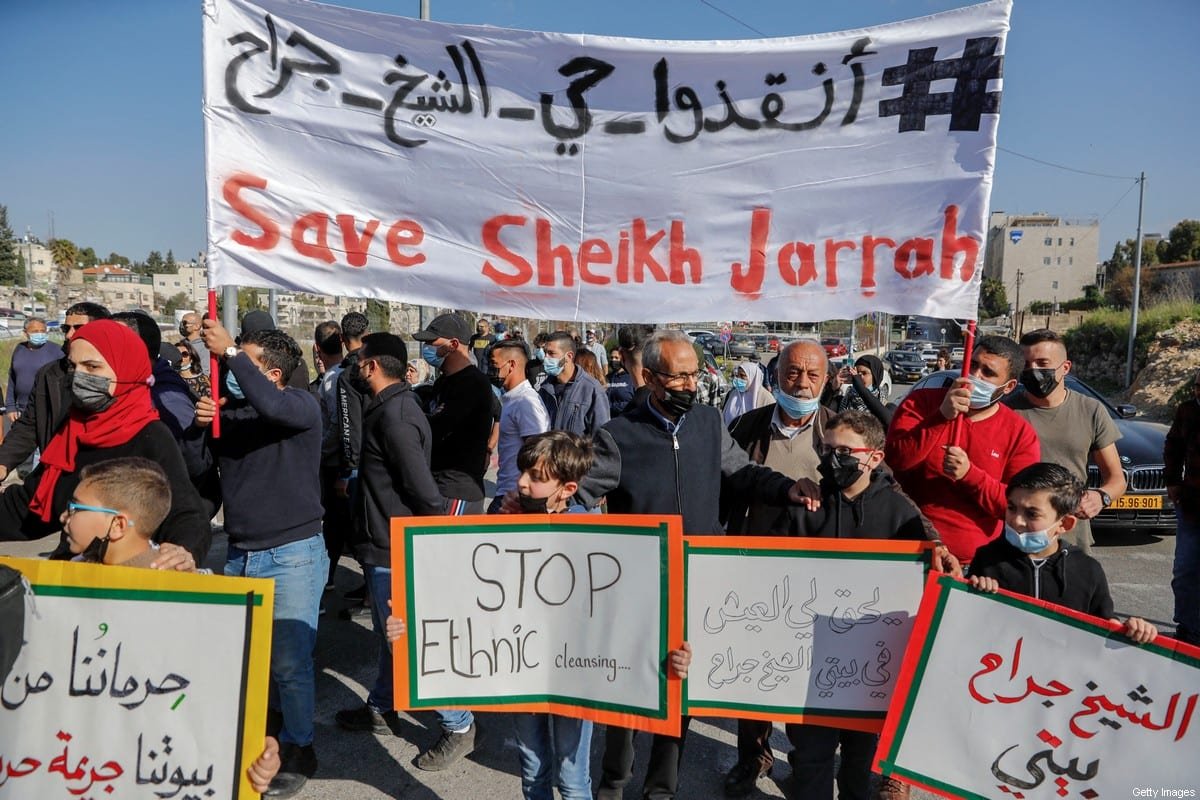 Ethnic cleansing and colonial expansion, concentrated mainly in Jerusalem, now continue without the mainstream media spotlight, far from the view of many who were outraged at this process in the small Palestinian neighborhood of Sheikh Jarrah and the massacre that lasted eleven days in Gaza in May 2021. In the narrow strip, where around 250 people were killed in that period as a result of Israeli bombings, including over 60 children, the almost 1,500 families whose homes were destroyed, and another 13,000 whose housing structures were seriously damaged will take a long time to rebuild.

The 14-year blockade imposed by Israel prevents even the arrival of construction material, as well as hospital items, medicine, heating gas, electricity, food, water, etc. In addition to the trauma, many residents roam the streets, as abject poverty increases. The humanitarian crisis is dramatic. And Palestinians live in this situation without knowing when the next drone will drop bombs over their heads again.

It is also not known when Rio will have its next police operation or even a massacre, like the one that took place in May 2021 in Jacarezinho, when 29 people were murdered and countless others were injured in one the deadliest police operations in the city’s history. In addition to having lasted over 24 hours, it was the result of the same modus operandi of the July 16 and 17 operation in Maré: houses invaded, including numerous assaults against residents.

All this happens, as denounced by the Black July international movement, “as an affront and total failure to comply with the precautionary measure that suspends police operations in the context of Covid-19, issued by the Brazilian Supreme Court.” As with the legal measure here, the affront to international law is well known to Palestinians. The “by us for us,” which echoes in the communities of Rio de Janeiro, is the reality still perceived by those who resist the occupation.

Effective and permanent international solidarity is urgent, as is the Boycott, Divestment and Sanctions (BDS) movement towards Israel. To join the movement organized by the Palestinians is also to fight against racism and militarization in Brazil. In an article entitled “What do the favelas of Jacarezinho, Maré and Palestine have in common?“, Gizele Martins, a grassroots communicator from Maré and a member of the favela movement in Rio, points out that there are many similarities:

“Early in the morning, on May 15, I came across a post shared on Facebook by a Palestinian: it was the image of a Palestinian child killed as a result of the Israeli bombings in Gaza. The child held a coin in his hand. I immediately remembered a case that took place in 2008, in the favelas of Maré, in Rio de Janeiro, when the boy Matheus Rodrigues, who was only eight years old, left home to buy bread, was shot by the Military Police and died in front of his house, also holding a one-real coin in one of his hands.

On that day, in Maré, I remember that, in order to hold back the population protesting against the murder, the same police that killed Matheus returned to the scene with an armored car to ward off protesters. These are childhoods lost within two territories that survive the daily massacre caused by racism, militarization and apartheid. Let’s fight against military and death policies, let’s fight together, from Palestine to the favelas of Rio, for the right to life! It’s for life!” 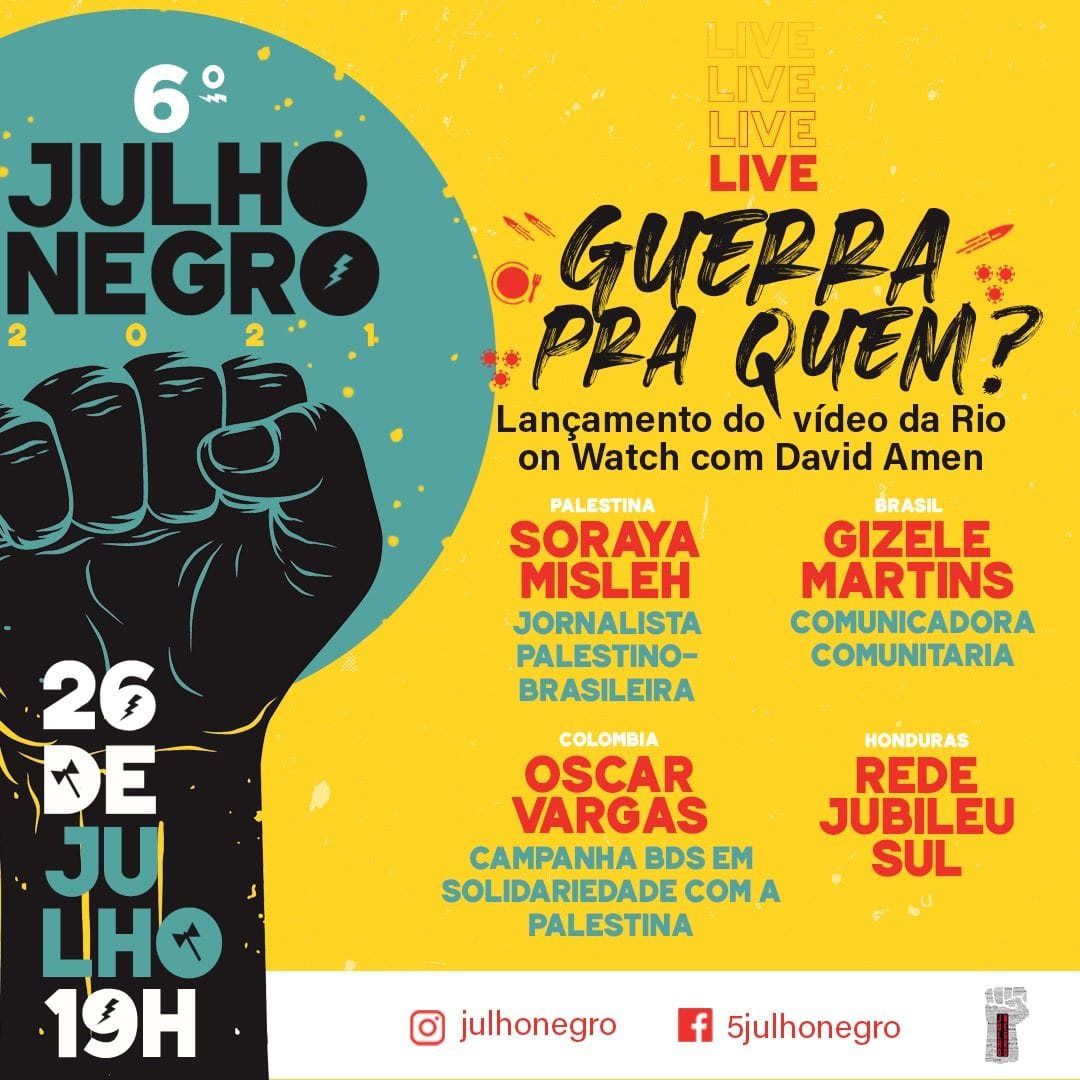 To hear the voices that heroically resist and refuse to be silenced in the face of barbarism and unite the struggle of oppressed and exploited peoples is an essential condition so that Palestinian, poor, black or indigenous blood no longer continues to be spilled. So that each and every one of us may be free.

Part of this struggle is to organize—with the Black July editions as springboards—against what kills us, whether in Palestine or in the favelas. The banners against racism, militarization, apartheid and occupation were certainly present, even if in virtual form.

Watch “War for Whom?” on the first day of the 6th Black July Edition, Here:

About the author: Soraya Misleh is a Palestinian-Brazilian journalist, with a master’s and PhD in Arabic Studies from the University of São Paulo (USP), and author of the book “Al Nakba – a study on the Palestinian catastrophe.”