One of the major social legacy promises found in the 2016 Rio de Janeiro Olympic and Paralympic Games Candidature File is the provision of infrastructure, programs and policies that support and encourage sport and physical activity participation among the city’s population, particularly among low-income youth.

The promise of the Rio 2016 Organizing Committee drew the attention of local researchers Dr. Arianne C. Reis, now based at Southern Cross University in Australia, and MSc. Fabiana R. Sousa-Mast, a PhD candidate at the University of Basel in Switzerland. Together the two cariocas are working on the project ‘Rio 2016 and Sports Legacy.’ The research project aims to identify the degree of involvement of different communities in Rio de Janeiro with sports and physical activities, as well as monitor the actual process of construction and establishment of the legacy promised by the Rio 2016 Organizing Committee and by different spheres of government, who have been using the Games as a pretext for various projects and public reforms. 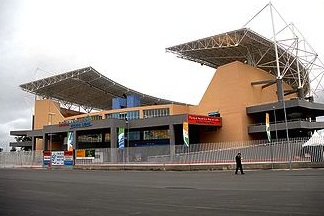 The initial phase of the study, conducted in 2011 in partnership with Dr. Luilma A. Gurgel from the Centre for Health Sciences at the State University of Ceará, focused on the perception of physical education professionals of the sport participation legacy derived from the 2007 Rio de Janeiro Pan-American Games and their current expectations for the forthcoming Rio 2016 Olympic Games. Interviews were conducted with professionals working in fitness, tertiary education, coaching, primary and secondary education, public sport and education management, and community sports. In general, participants agreed that if there were any increases in participation due to the Pan-American Games, they were short-lived. The reason: lack of long-term planning and policies to encourage and promote sport participation.

For this reason, expectations for the 2016 Olympic Games are not very high. Moreover, the issue of public use of publicly-funded facilities is a major concern that was frequently raised by Physical Education professionals. According to their testimonials, none of the four major facilities constructed for the Pan-American Games are being currently used by the wider population; or if they are, the public is not well aware of their usage or possibilities for use. In fact, participants showed outrage at the abandonment of sports facilities built for the Pan-American Games, such as the Maria Lenk Aquatic Park which has never met its potential in terms of serving the local population.

After this, and this time with funding from the International Olympic Committee’s Olympic Studies Centre (OSC), the researchers turned their attention to the Vilas Olímpicas of Rio de Janeiro – a programme funded by the municipal government that aims to provide sport/physical activities in communities where socioeconomic levels are low. Vila Olímpica is also the name used to designate the physical space where the programme is run, commonly a large purpose-built sport complex constructed by the city government to host the sports and physical activities offered in the programme. A series of meetings and interviews were conducted in the Vilas Olímpicas located in Gamboa, Complexo da Maré, Mato Alto (Jacarepaguá) and Fazenda Acari. Students, parents of students, and staff participated in the interviews. The aim was to investigate the role of the Vilas Olímpicas in building a sporting culture aligned to the Olympic values ​​of active and healthy lifestyles, as well as gather data that might contribute to the planning of a sporting legacy that will benefit the residents of Rio. During this phase, MSc Marcelo C. Vieira, from the Rio de Janeiro State Institute of Cardiology, joined the two researchers who also investigated the level of awareness and approval of the official legacy project for the Olympic Games in Rio among low income community members. 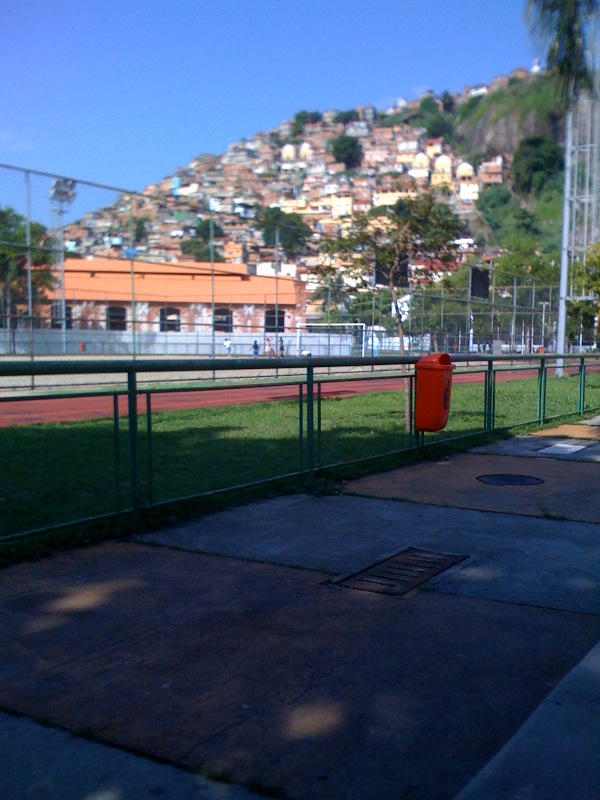 Lack of investments and discontinuity of programs offered by government agencies were points raised by research participants, who were unanimous in confirming the importance of the Vilas Olímpicas for leisure and health promotion in the communities surveyed. However, “despite these findings and the promises contained in the Candidature File, the city of Rio de Janeiro recently announced the destruction of part of the Vila Olímpica da Gamboa, where in 2011 Mayor Eduardo Paes launched the Rio Em Forma Olímpico programme – supposedly an Olympic legacy – for building public transport infrastructure,” lamented Reis. She also recalled the concern of residents from different parts of the city regarding the displacement of entire communities to make way for infrastructure works for the 2016 Games. These same residents, however, did not predict that the Vilas Olímpicas programme could be at risk. “The displacement of communities is one of the biggest fears of residents of some regions in Rio and was named by respondents as one of the negative impacts of the Olympic Games,” Reis said. “This process, always disguised in a discourse of ‘renewal’ and ‘redevelopment’ in reality invariably negatively affects and benefits the same groups: the poorest and most vulnerable in the first case and the richest and most powerful in the second. And worst of all, this is a recurrent experience in ‘Olympic cities’ and well documented in research worldwide. Still, nothing changes and history repeats itself, this time with a new and sad aggravating factor, the destruction of an important resource for the population of Gamboa,” regrets the carioca physical education professional, now a researcher in the area of ​​sporting events and leisure based in Australia.

In addition to the interviews conducted in Rio de Janeiro, the researchers had access to restricted documents and candidature files of different Olympic candidate cities, obtained from the OSC library in Lausanne, Switzerland. The final report with the results of the complete study was presented to the OSC in December 2012, and a Portuguese version is being prepared to be sent to the Vilas Olímpicas and authorities involved with the Games in Rio de Janeiro. The researchers will return to Rio de Janeiro later this year to continue the project, now investigating the legacy of the event in the area of ​​sport and physical activity for women living in low-income communities.