Times they are a-changing for the residents of the UPP-controlled communities. There’s been a swath of land titles being handed out, the arrival of new services such as a Family Clinic in Complexo da Penha and a cinema in Nova Brasilia, and youth programmes such as UPP Fight, a martial arts club in Andaraí.

But what UPP giveth with one hand, with the other it taketh away. Or that, at least, is the experience of residents organizing their own events in the community. Because of an archaic piece of legislation called Resolution 013, passed in 2007 by Secretary of State Security and UPP chief architect, José Mariano Beltrame, cultural life in UPP favelas has been walking on a tightrope since the police arrived.

A baptism, a birthday party, a samba circle or a sports meet can, in theory, be shut down at the whim of UPP officers under Resolution 013. And when it does happen, there’s no room for discussion, which has led to tensions boiling over between residents and police, like in Santa Marta and Turano, Rio Comprido.

What’s more, cultural producers need to apply for licenses at least 20 days ahead of an event, and even so, it can be cancelled at the 11th hour if it’s deemed a security risk. Silvana Bahia, writing for the Observatório de Favelas, notes, “The law is stirring controversy as it appears to be a violation of the freedom of expression, the access to culture, the right to assembly and freedom of association.”

The biggest victims of Resolution 013, or “zero-treze” as it’s known, have been the bailes funk (funk parties), and to a lesser extent, the pagodes (samba get-togethers). These nighttime revelries have all but disappeared off the map in communities where UPP has erected its blue-and-white hoardings and installed its bulletproof vested officers. The silence at weekends is hard for some residents to get used to.

Funk has been in more or less open conflict with the authorities for at least a decade, a result of the scene’s historic ties to the drug factions. But the music is much richer and diverse than the stereotypes it’s been saddled with. In fact, in 2009, with the passage of Lei Funk é Cultura (Funk Is Culture Law), funk became part of Rio de Janeiro’s official cultural heritage, which makes the current blackout all the harder to grasp. 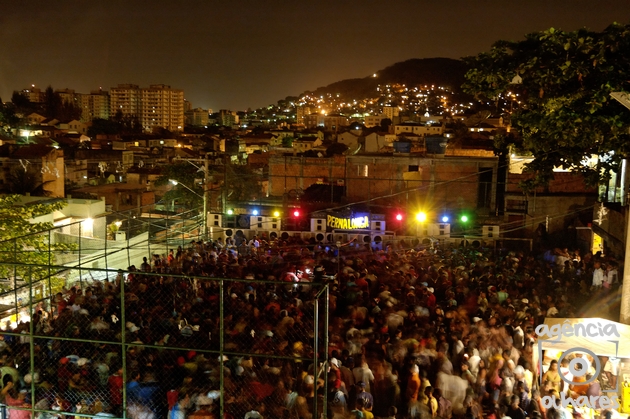 It’s not unreasonable to expect the authorities to want to minimize security risks on the morros (the hills, where many of Rio’s favelas are built), and Resolution 013, on the surface, is a risk assessment such as any professional event organizer should be familiar with. The awful tragedy at the Kiss nightclub in Santa Maria demonstrates the need for such precautions.

The trouble with 013 is that it’s a bureaucratic mountain for small-time cultural producers. In addition, it was passed without consultation, and its blanket ban on funk is outright discriminatory. As Colonel Luigi Gatto from the Military Police said at a public consultation to discuss 013, “Funk is necessary, it’s legitimate, and it can’t be illegal.”

To stage an indoor event in a UPP favela, organizers now need to complete eight separate documents. For an outdoor event, it’s 18. Amongst some of the requirements, for example, “is a copy of a letter requesting the trimming of trees in the area around the venue,” according to an article in Overmundo magazine.

Moreover, in the absence of any clear official policy on approvals, the UPP commanders are left to make decisions at their own discretion. Greg Scruggs, writing for Cluster Mag, notes, “013 is selectively wielded by the UPP and largely depends on the personality of the captain in that favela, leading to a kind of capriciousness depressingly similar to the era of the narco-traffickers, when the boss’s word was law.”

Leading the lobby to repeal Resolution 013 is the Associação dos Profissionais e Amigos do Funk (Apafunk), a loose organization of individuals representing the funk scene. Its president is MC Leonardo, one of the icons of the 1990s funk scene, best known for ‘Rap do Centenário’. For MC Leonardo, the irony of 013 is impossible to ignore. “Funk can be played anywhere in Rio de Janeiro, except in the place where it comes from: the favela.”

With lawyers at the Getúlio Vargas Foundation (FGV), and representatives from the Secretary of Security, Apafunk formed part of a working group to redraft Resolution 013. Luiz Moncau, from FGV, explains, “It’s vital to create legislation that allows for differences, so that it doesn’t privilege cultural producers with large budgets.”

Apafunk has also been organizing monthly Roda de Funk events around the city to promote awareness of 013 through music and debates. “The Roda de Funk is one of the main weapons we have to spread information,” Apafunk’s MC Teko told Observatório de Favelas. “As well as showing that there’s much more to funk than the way the media represent it, it’s also a way for us to get more involved. We use social networks a lot, since we can’t depend on the media to debate these issues.”

The issues at stake are many. The most obvious is why matters of culture in the communities are being vetted by the police. As photographer Léo Lima, from Jacarezinho, states: “Criteria need to be established so that there is a specific organ for these matters. The Military Police cannot be the last resort on this issue.” 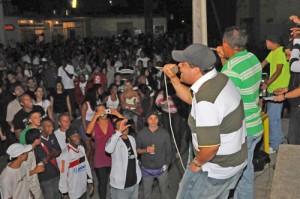 In some places, the UPP are relaxing their stance. There has been a weekly baile funk in Zona Sul’s Tabajaras for some months. Another recent one in Nova Brasília, Complexo do Alemão, went ahead in a partnership between UPP and the local residents’ association. Sponsorship from a beer company ensured the event was free.

For Major Márcio Rodrigues, the UPP commander who came up with the idea, it’s an extension of the Programme of Proximity, an attempt to narrow the gap between the police and the community. “This baile funk will be a watershed in the relations between the police and the community. With the success of the event, others will follow,” he told Voz das Comunidades.

Indeed, there seems to be recognition on both sides that something has to change so that residents have the freedom to create their own culture, rather than having it dictated by outside forces. What also has to disappear is the idea among some sections of the UPP that they’re on a mission to teach the favelas what sort of culture is appropriate, as anthropologist Adriana Facina has argued.