The Popular Conference on the Right to the City took place from June 3-5 bringing together over 500 representatives from social movements, civil society organizations, favela leaders and researchers from across Brazil.

The conference was organized by BR Cidades, the Brazilian Women’s Articulation (AMB), the People’s Movements Center (CMP), the Black Coalition for Rights, the National Confederation of Residents’ Associations (CONAM), the National Forum for Urban Reform, Habitat for Humanity, the Brazilian Institute of Urban Law (IBDU), the National Movement for the Fight for Housing (MNLM), the Workers’ Rights Movement (MTD), the Homeless Workers’ Movement (MTST) and the National Union for Popular Housing (UNMP). It is important to highlight the efforts of these organizing institutions in ensuring regional, gender-based and racial representation among conference participants. 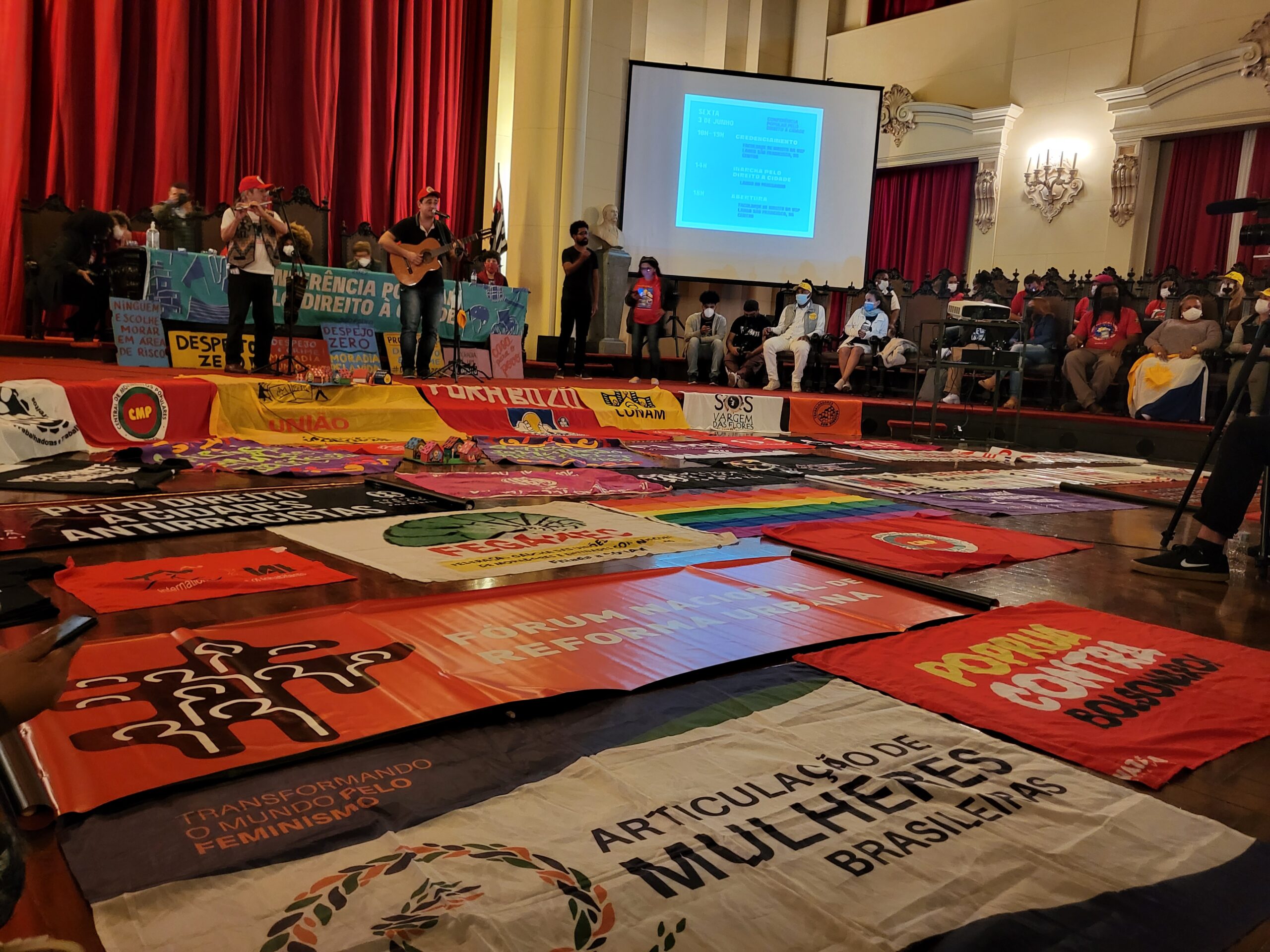 The Popular Conference came together following over 230 local and regional preparatory events hosted by 700-plus supporting organizations which have already committed to the conference’s proposed guidelines. These guidelines encompass the pursuit of a re-democratization of urban spaces, as well as the need to rebuild an agenda for a public debate on urban issues including the reduction of inequality and the fight against socio-spatial segregation.

Each one of these preparatory events produced a report which was later consolidated into a document containing 128 proposals, which were debated and amended during the conference. 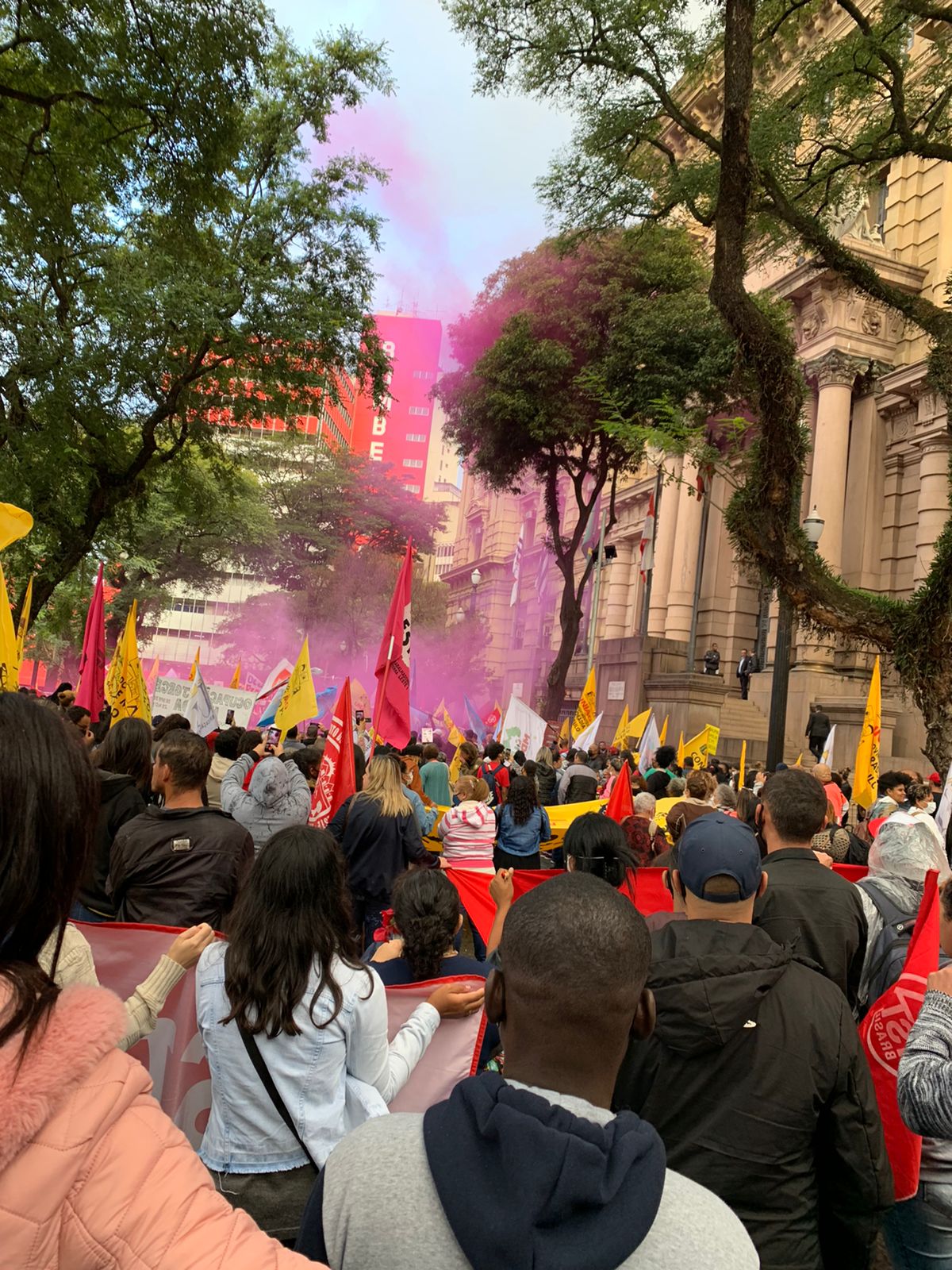 The Popular Conference on the Right to the City began with a march through the streets of downtown São Paulo, in defense of the right to the city and housing rights. Hundreds of people gathered in Largo do Paissandu, walking through places historically related to the violation of these rights, such as the Wilton Paes de Almeida Building (a high-rise built in the 1960s which, after being abandoned and occupied by homeless families, caught fire and collapsed in May 2018 causing at least seven deaths) and the São Paulo Court of Justice. This moment set the tone for the entire event, with slogans being chanted about the importance of popular mobilization and the re-democratization of our cities. Slogans were also intoned about the increasing need to respect and guarantee housing rights as a gateway to other fundamental rights safeguarded by the Brazilian Constitution. 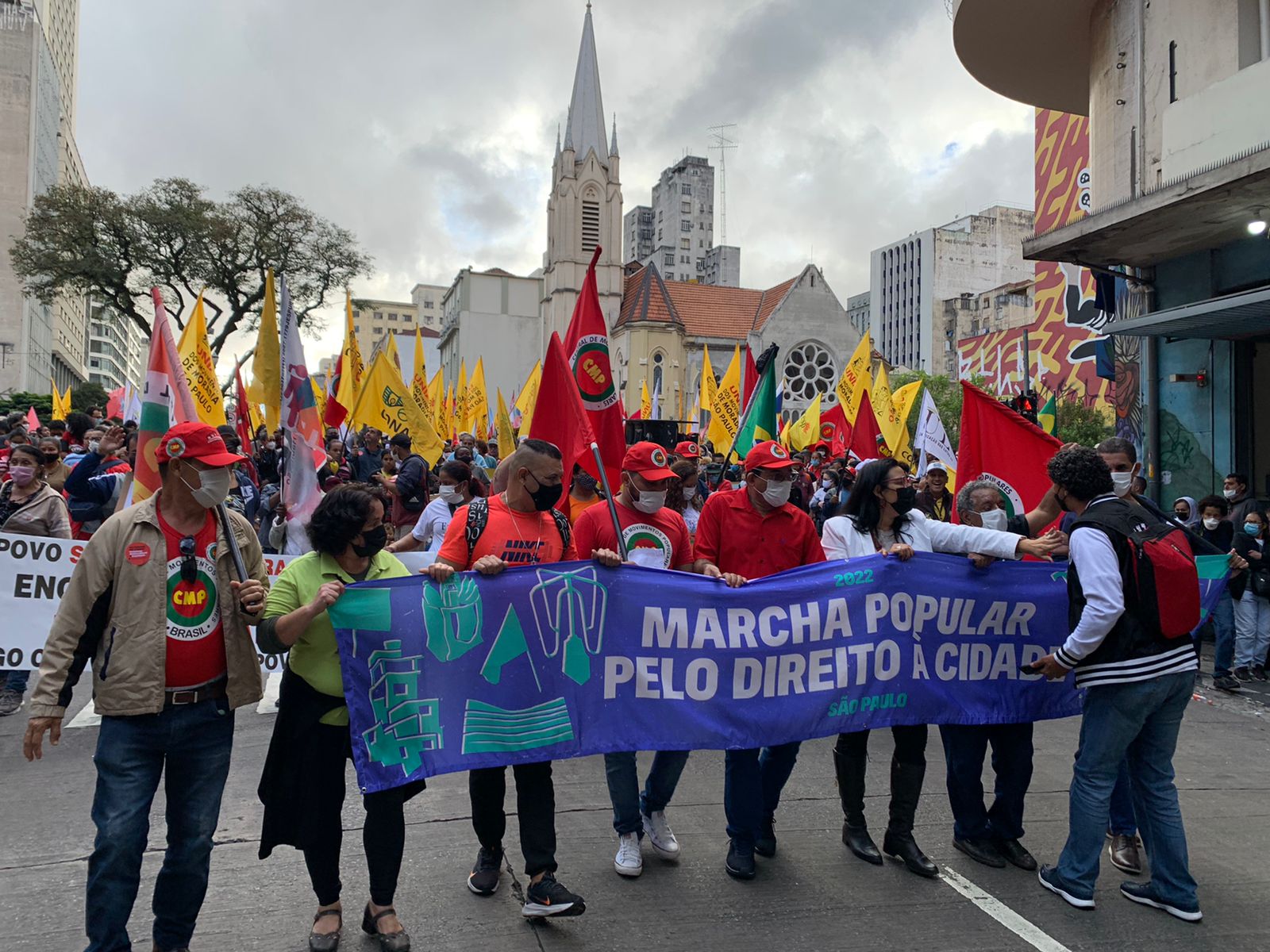 The march was followed by an opening ceremony, 16 thematic workshops, and a closing plenary session for the approval of the final proposals.

The opening ceremony took place in the main hall of the University of São Paulo Law School with 600 people in attendance. Amid cultural performances and slogans on the restoration of democracy and the importance of housing as a right, several social movements and civil society organizations presented their backgrounds and expectations for the conference. Opening speeches also highlighted the importance of the current moment, considering the approaching national elections, particularly for discussions involving urban issues. 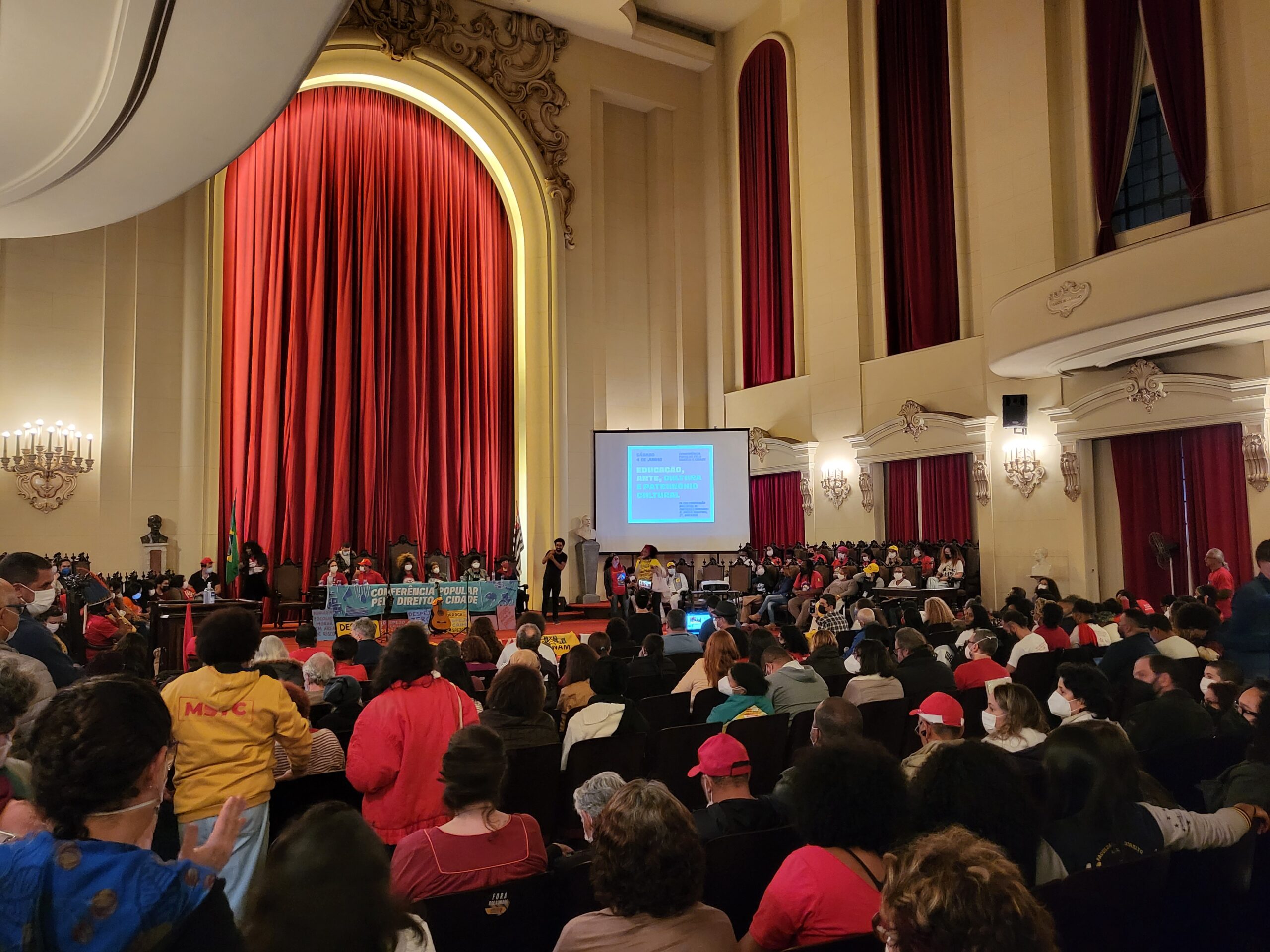 It was a very powerful reunion after the past few years of the pandemic, making clear society’s willingness to fight for a much-needed reconstruction in the country following years of setbacks and multiple crises.

The next day, 16 thematic workshops took place seeking to expand upon the proposals summarized from the preparatory events. Topics included:

The breadth of themes discussed exemplifies the scope of the conference, which sought to take a broad view of the challenges faced by Brazilian cities. At the Land ownership and tenure, the social function of land and the city, public urban space workshop, the Community Land Trust* model was discussed and approved as one of the proposals to be included in the final document as a guideline for urban struggles and policies across Brazil.

A final plenary session was organized on the last day of the conference to approve the proposals. This session was another powerful moment of reunion and celebration. A final document was approved: the Charter for a National Meeting on the Right to the City, a manifesto containing the proposals discussed and approved in the workshops.

The proposals have also been made available and now serve as an agenda for the struggles of the signatory organizations and movements. The Charter and proposals make up a set that can be used for political advocacy and can even serve as a reference for the new administrations formed after the October elections.

In addition to the 200-plus events that preceded it, the Popular Conference on the Right to the City had the distinction of showing that groups, organizations and movements from across the country are able to mobilize to build a unified agenda for urban struggles. Given the Brazilian population’s recent impoverishment, a growing number of forced evictions and eviction notices, and the criminalization of movements that fight such injustices, this mobilization is crucial. It is a regrouping, a gathering of forces for the next years of popular struggles in Brazil. It can be said that the process has already begun—with affection, power and strength!

Tarcyla Fidalgo has a doctorate from the Federal University of Rio de Janeiro’s Institute for Research and Urban and Regional Planning (IPPUR-UFRJ), a master’s degree in urban law from the Rio de Janeiro State University (UERJ), and coordinates the Favela Community Land Trust Project (F-CLT).

*Both RioOnWatch and the Favela Community Land Trust (F-CLT) are initiatives of the NGO Catalytic Communities (CatComm).