September 20, 2022—The same year that the Brazilian Census is being carried out, after a decade without updated official data on the country, a report emerges, “Water and Energy Justice in the Favelas: Community Researchers Gather Data Revealing Inequalities and Calling for Action,” filled with data resulting from the course “Researching and Monitoring Water and Energy Justice in the Favelas,”an initiative of the Sustainable Favela Network (SFN) and the Favelas Unified Dashboard* in collaboration with eight institutions. The report will be launched during a press conference on Thursday, September 22, at 2pm (UTC-3) via Zoom. Sign up here for the live online event.

During the 6-month intensive course, 45 students from 15 favelas conducted interviews with 1,156 families (4,164 people), producing a study that reveals the challenges of access, quality and efficiency of water and electricity in their communities across five municipalities of the Greater Rio de Janeiro region. The dedication of these students, who had to overcome many obstacles including a period of intense police operations in their communities, was crucial in order for the research to reach so many families.

Amid so much relevant data, the fact that 59.6% of families interviewed meet eligibility requirements for social benefits through the federal government’s Unified Registry (Cadastro Único, or CadÚnico) program is particularly striking. CadÚnico is an important data and information collection tool, which aims to identify all of Brazil’s low-income families for inclusion in social and income redistribution programs. Yet, almost half (48.8%) of those who meet the requirements are not registered.

Regarding access to water, 42.5% of interviewees revealed that they struggled to meet basic hygiene needs during the pandemic due to water scarcity. In addition, almost half (48.2%) rely on pumps for water access, which generate additional costs to their already exorbitant electric bills. Another notable concern was flooding—affecting over half (51.5%) of interviewees. Over 80% said floods have worsened over the past two years.

As for data collected on the strain on household budgets generated by electric bills, 56.8% revealed that they live in moderate to severe energy poverty. The response given by almost 70% of interviewees—that food is where they would spend their savings if their electric bills were reduced—was equally concerning. Once again, this exposes the grim food insecurity crisis being faced by the population. With reference to blackouts, it was found that 32.2% of respondents have suffered from power outages in the last three months, and that for 43.4%, it typically takes over six hours for the power to return. Further data, alongside proposals to change this situation, will be disclosed at the press conference. 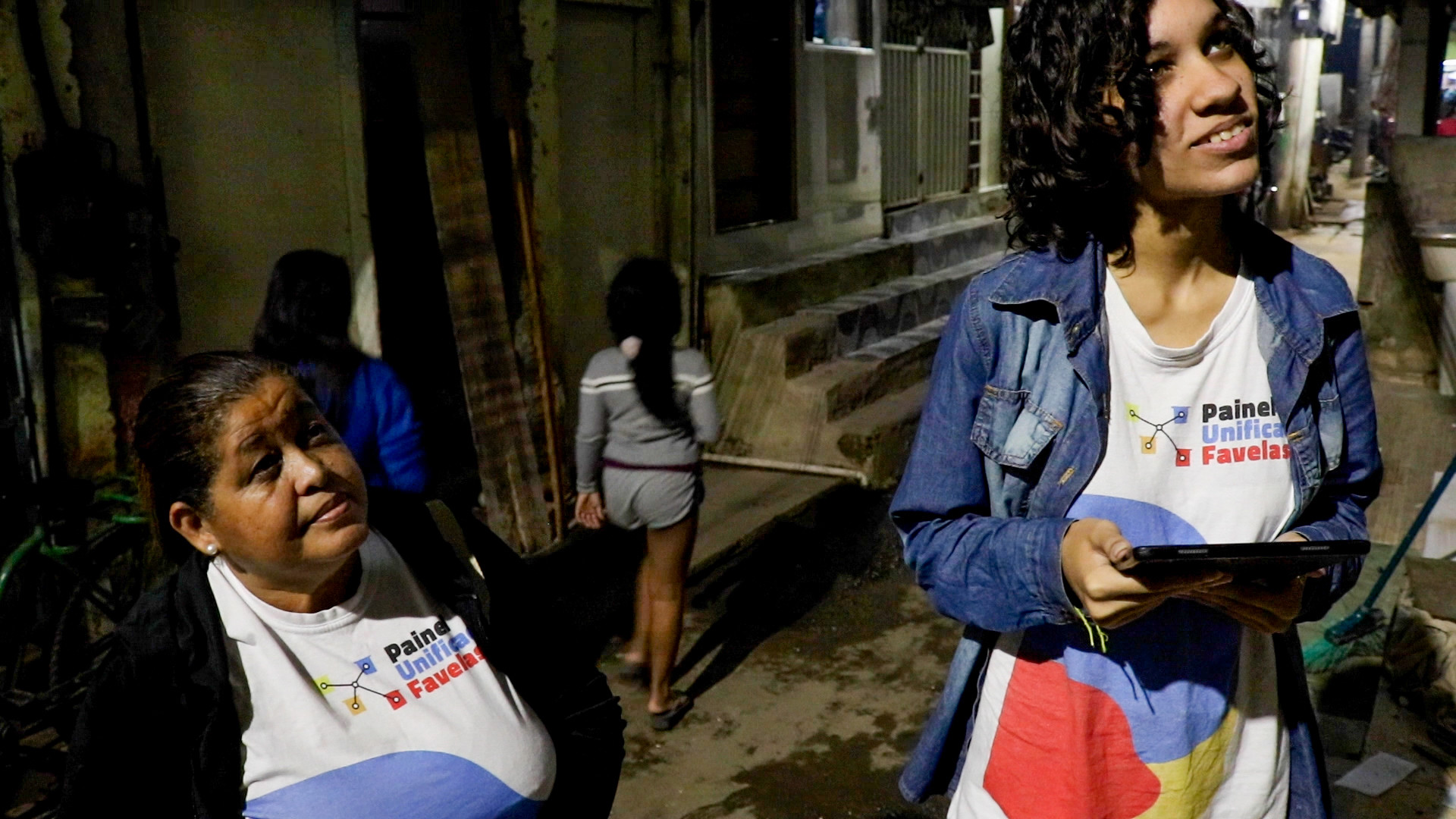 Data for and by the Favelas

Historically, favelas have suffered from severe government neglect, which in turn leads to neglect from utility providers, including in their denial of the fundamental right to being fully understood so that public policies are drafted to align with the realities of favela life. Without data there is no basis for public policy and this ends up being a key problem in need of solving, for the lack of data becomes a comfortable justification for the complacency of public officials who hide behind the alibi of not knowing the realities of favelas.

“The lack of data on favelas is reflected in the absence of structural public policies and in the importance of producing data on the reality of favelas by residents themselves.” — Alan Brum, Roots in Movement Institute (Complexo do Alemão)

This reality was highlighted during the Covid-19 pandemic, revealing the existential importance of favelas collecting data about their own realities. Despite being widely reported and known for their negative impact on Covid-19 prevention, the innumerable problems in access, quality and efficiency of water and electricity in favelas were never treated as a priority by public agencies. It was in the scope of discussing these topics and their impact on resident lives that members of the Covid-19 in Favelas Unified Dashboard had the idea to create a research course on water and electricity in favelas, which have year after year been leaving these regions increasingly vulnerable.

The course was created to demystify the process of collecting and understanding data, ensure community control over data, and produce advocacy proposals. To accomplish this, 30 favela youth and 15 leaders were selected from 15 favelas across Greater Rio. From the city of Rio de Janeiro, the participating favelas were: City of God, Complexo da Pedreira, Itacolomi, Jacarezinho, Morro dos Macacos, Pavão/Pavãozinho/Cantagalo, Providência, Rio das Pedras, and Vila Cruzeiro; and from the Baixada Fluminense region: Coréia (Mesquita), Cosmorama (Mesquita), Dique da Vila Alzira (Duque de Caxias) Edem (São João de Meriti), Engenho (Itaguaí), and Jacutinga (Mesquita). According to local sources, these 15 favelas have a combined population of over 500,000 residents.

From March to September 2022 the course delivered the following modules: (1) the importance of research by and in favelas, (2) understanding energy and water justice in relation to access, quality and efficiency, (3) defining indicators according to local priorities, (4) data collection in the field, (5) data analysis and understanding, and identifying key findings, (6) how to do advocacy with the data collected, (7) how to create both accessible and technical reports, and (8) how to communicate data for political advocacy and public awareness. The course will conclude with a press conference, where students will present the data and initiate discussions about them.

Blackouts, floods, loose electrical wires, water that is unsafe for consumption and low-quality services that do not justify the exorbitant bills charged are all a constant reality in favelas. As a consequence, electrical appliances are lost, houses destroyed, accidents caused, infections caught and money lost, generating a situation that is untenable for many residents. In many cases, when there is a water shortage or power cut, there is a problem with the other utility. And vice-versa. There is a direct relationship between the two.

“Electricity and water are intrinsically dependent on each other. Especially in Brazil and especially in low-income communities.” — Amanda O’Hara (Climate and Society Institute)

In 2021, the interdependence between water and electricity became a glaring issue in Brazil due to the increase in bills as a result of the national water crisis. With low rainfall, dams emptied, reducing the capacity of hydroelectric plants to generate electricity.

The same happens with water resources: they depend on electricity, since energy is required to pump water to consumers, frequently resulting in a lack of water for thousands of households. For those who live on top of hills, as in many favelas, the situation is even worse as even more energy is necessary to pump water to household taps and showers.

“If I use a pump to bring in water, I need to have electricity to have water. It ends up getting quite complicated. The problem is interlinked.” — Domênica Ferreira (Morro dos Macacos)

From the topics chosen and widely discussed in the first modules of the course, the research questionnaire was co-created by the students and community organizations taking the course, to ensure that the questions posed actually reflected issues relevant to the territories being studied.

“The course represents an impact. It helped me bring about changes in some young people from my territory. I want to take this [knowledge and experience] into my [daily] life to find a solution. And to expose the problems presented.” — Matheus Botelho (Coréia/Mesquita) 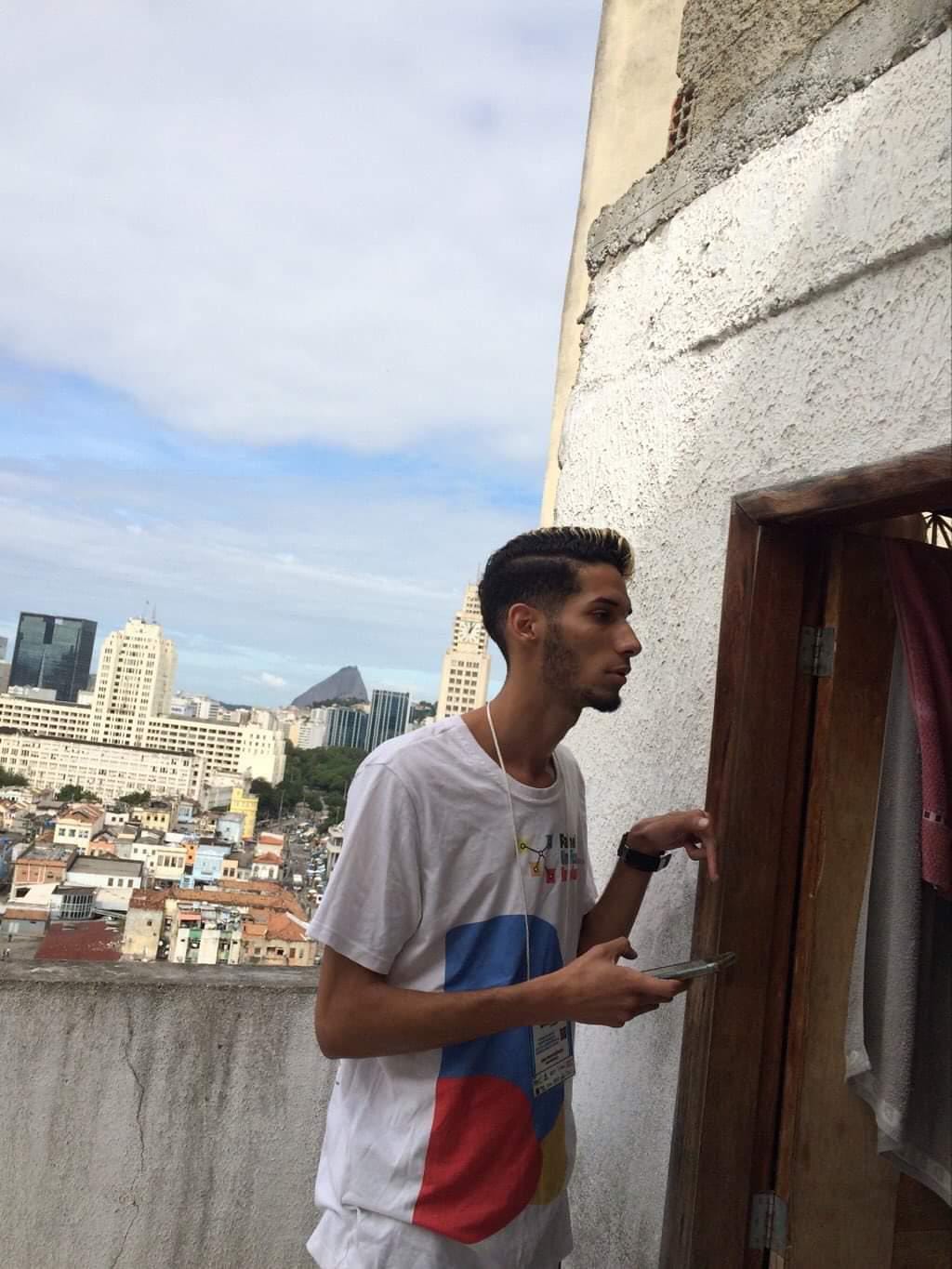 Study results will be made public through the report, “Water and Energy Justice in the Favelas: Community Researchers Gather Data Revealing Inequalities and Calling for Action,” which will be launched during the press conference. In addition to the results, policy proposals will be shared based on the data gathered. These proposals, which were also developed collectively, will be the basis for ongoing advocacy in order to demand concrete actions from the government and utilities, in addition to raising awareness of the public’s rights.

“Through the course, I’m able to share understanding with the people here, that they can do more for the community, that they can even save money in their homes, that we can pursue our rights, that we have the duty to pursue our rights, that there is indeed a way to to save money, that there’s a way to do things for our community, no matter how much it may seem like we can’t.”  — Domenica Ferreira (Morro dos Macacos)

*Both the Sustainable Favela Network (SFN) and the Favelas Unified Dashboard are initiatives of NGO Catalytic Communities (CatComm). The course “Researching and Monitoring Water and Energy Justice in the Favelas,” was made possible due to the collective efforts of the following organizations: Roots in Movement, ICICT and EPSJV (Fiocruz), Instituto Clima e Sociedade, CLASP, LabJaca, DataLabe, and Casa Fluminense.